Here in Australia electric cars are about as popular as a roast turkey dinner at the beach on a hot Xmas Day; or a parcel of prawns that have 'gone off ' in the sun!.

After flying into Amsterdam’s Schipol airport, the 40 minute drive to the splendid Hyatt Regency revealed that not only are Battery Electric Vehicles (BEVs) all the rage; but the city is subsidizing their use as taxis, in order to meet its Clean Air targets. 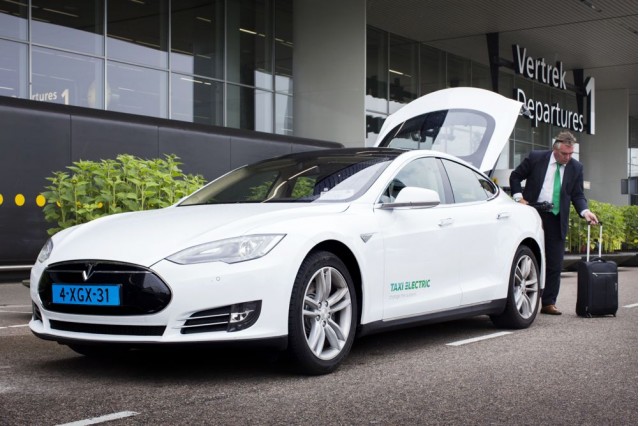 As you exit the terminal building, there appear to be wall-to-wall Tesla Model S taxis. 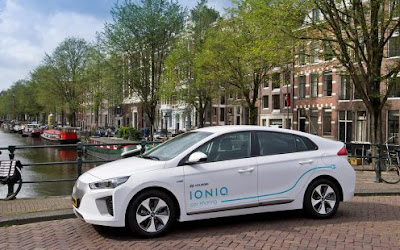 Now Hyundai is currently investing in establishing its new Ionic EV as a better alternative taxi to Tesla. 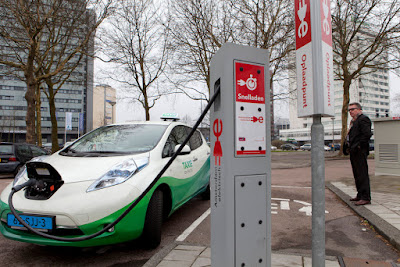 But, the public too have embraced the BEV boom, with public charging stations dispersed around the canal city – and cables connected along the street, which in my mind are a hazard in themselves.

Here’s a taxi, a Volvo and VW Golf EVs charging up on an early Sunday morning.

But, from the sublime to the ridiculous, here’s the Renault Twizy EV (which actually labeled as a Quadricycle in France) parked outside Milano Centrale railway station. 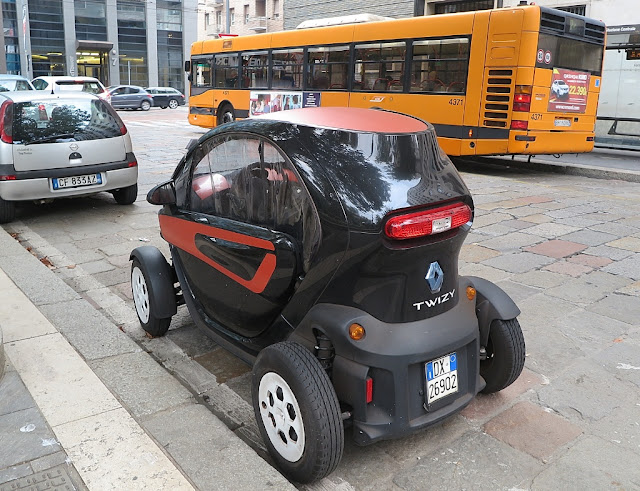 However, just as electric vehicles are starting to catch on in Europe, here’s a cautionary tail from Norway, where a Tesla Model S self-ignited whilst charging. I think there’s a way to go before I could sign off on this technology. 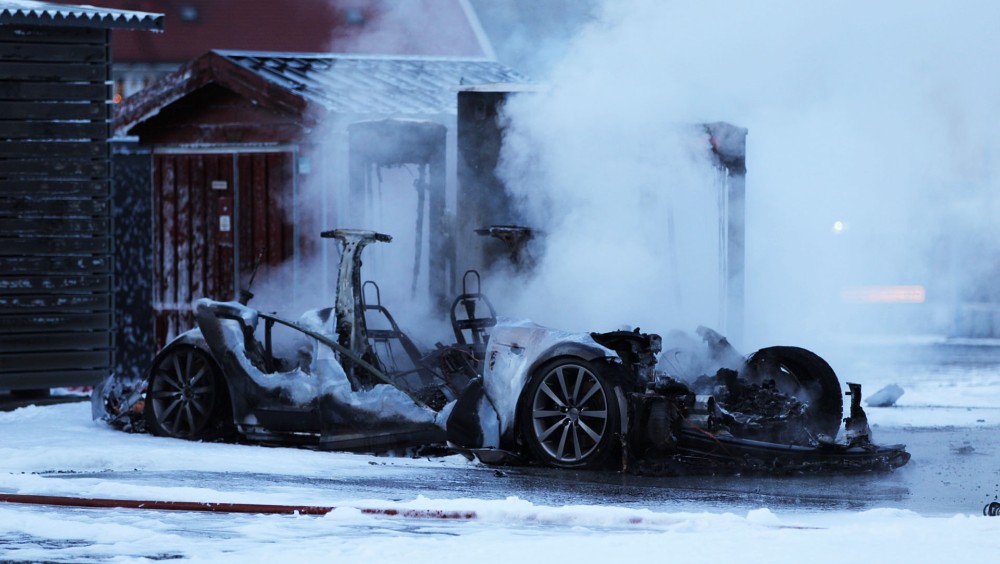 Posted by John Crawford at 9:27 AM