IS VOLVO A CONFUSED CAR COMPANY??? 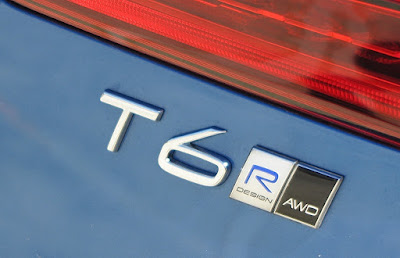 Now answering to dictates from its new Chinese owners; trying to respond to its heritage as ‘the world’s safest cars’; building in enough luxury to compete with Audi/Mercedes/BMW/Jaguar; and sticking on badges that say ‘All Wheel Drive’ like Range Rovers; whilst advertising twin-charged engines with Polestar-like racecar performance.

This is a very confusing mish-mash of mandates from which to develop a mission statement. Plus Volvo now tells us that all its cars will be exclusively powered by electric motors from 2020!

What is going on in Gothenburg? 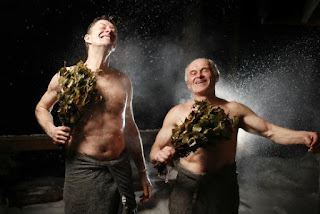 Just exactly what IS a Volvo today?

I think there’s been far too much sweating in saunas, and then rushing outside into the snow to beat each other with birch boughs! 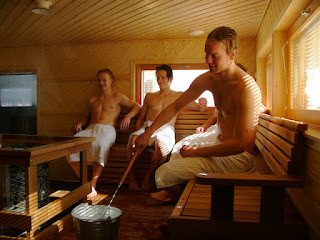 Actually, I secretly admire this bunch of Swedish sauna babies – they are survivors!

When my friend, designer Peter Horbury took up the Head of Design post at Volvo, he told me quite emphatically that Volvo had a strong, sensible, innovative and individual culture which infused their thinking on all facets of car-making. 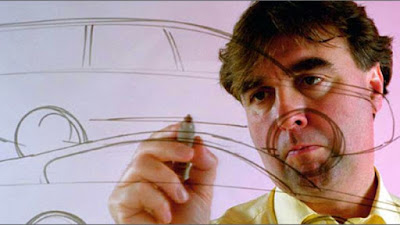 Volvo is nothing like Saab, they are completely different cultures. Saab was populated by a bunch of innovative, independent, automotive miscreants; while Volvo is populated by grown-ups, who know a lot about making cars for worldwide consumption. That is distinctly different from Saab, which seemed to exclusively concern itself with Swedish car consumers’ tastes, and preserving its kinky personality profile. 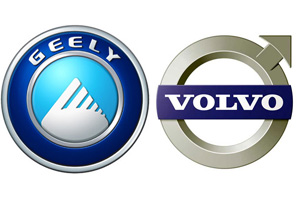 Which one's still here? Volvo, that’s who. Still based in Gothenburg, still preserving jobs for Swedes, but now with the financial backing of Zhejiang Geely Holding Group, it seems supercharged to face the uncertain future of the car business.

All this meandering around the subject of the Swedish survivor is prompted by this week’s motoring in a Volvo XC60 wagon. 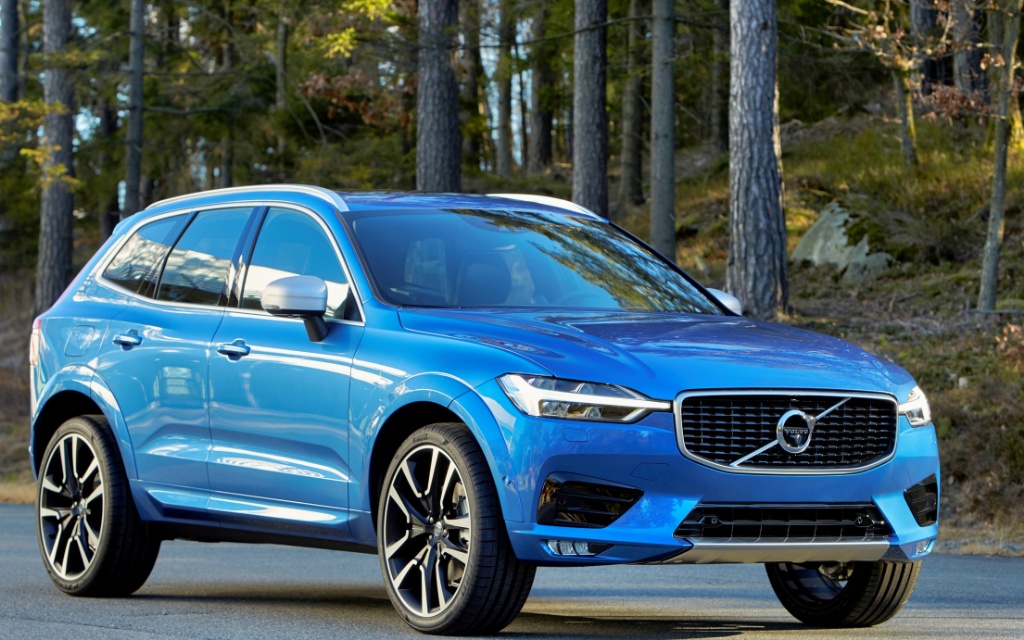 It’s the 'almost top-of-the-line' T6 model, with a 2.0L four cylinder boosted by both a supercharger and a turbocharger – mated to a slick Aisin 8-speed automatic and all-wheel-drive courtesy of Borg-Warner. The XC60’s off-road capabilities might not quite be on a par with Range Rover, but hey, it will easily amble up and down some of the steepest slopes on my off-road test track very surefootedly. 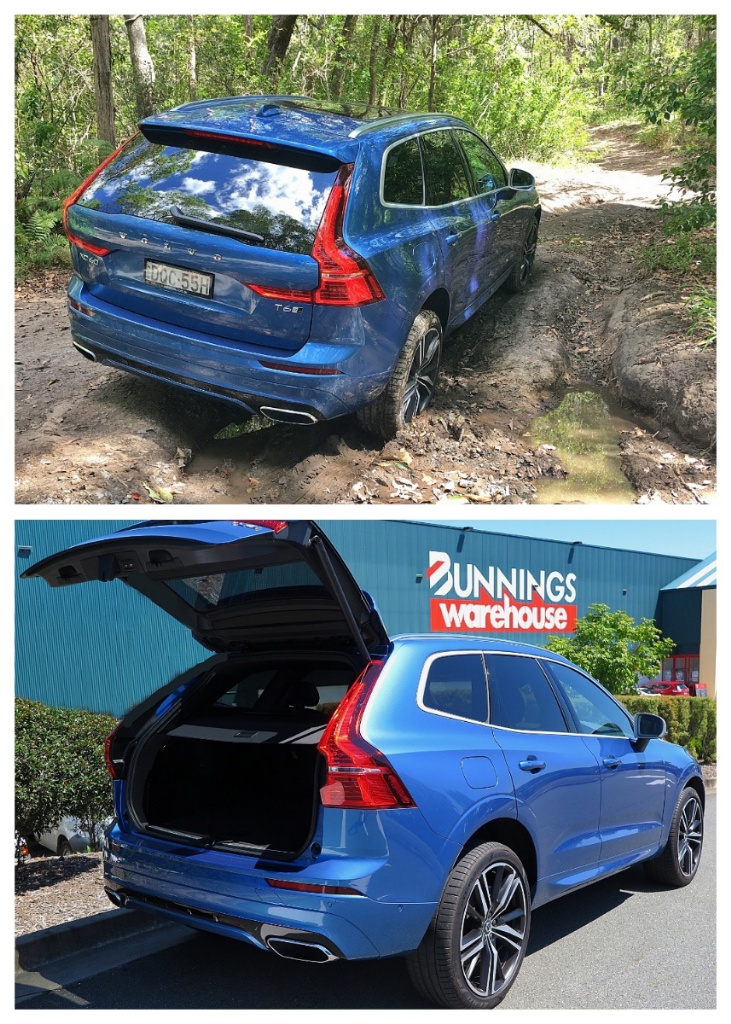 So what is the XC60? Is it a Range Rover-like bush-basher; or a luxury shopping trolley?

Actually it competently handles both tasks, and once you’ve become an owner you will appreciate many thoughtful touches in the interior and its general performance and economy.

Most buyers in this segment will be shopping XC60 against Land Rover Discovery Sport, and Range Rover Evoque, and in the end the final decision will probably be the deal you negotiate – because all three of these competitors are equal in design, performance and visual appeal.

Here's a snapshot of the segment from the YTD September VFACTS stats.

This XC60 will sell well, because its  forerunner has been Volvo’s most successful wagon. The original XC60 was launched in 2010 and as of this month production volume will exceed one million vehicles. The superseded XC60 accounted for 30% of Volvo’s global sales.

It’s also defying the trend where vehicles sell strongly at the start of their life, and then sales slowly decline as it ends production. Volvo says the original XC60 is selling better now than when it was launched. Seems the Swedes are on to something with this package.

There’s no reason why the new XC60 should not continue the trend. The base model is priced to compete, right on AUD$60,000; but the car I’m driving is the top-of-the-line T6, twin-charged model with AWD, and it’s just over AUD$78K. 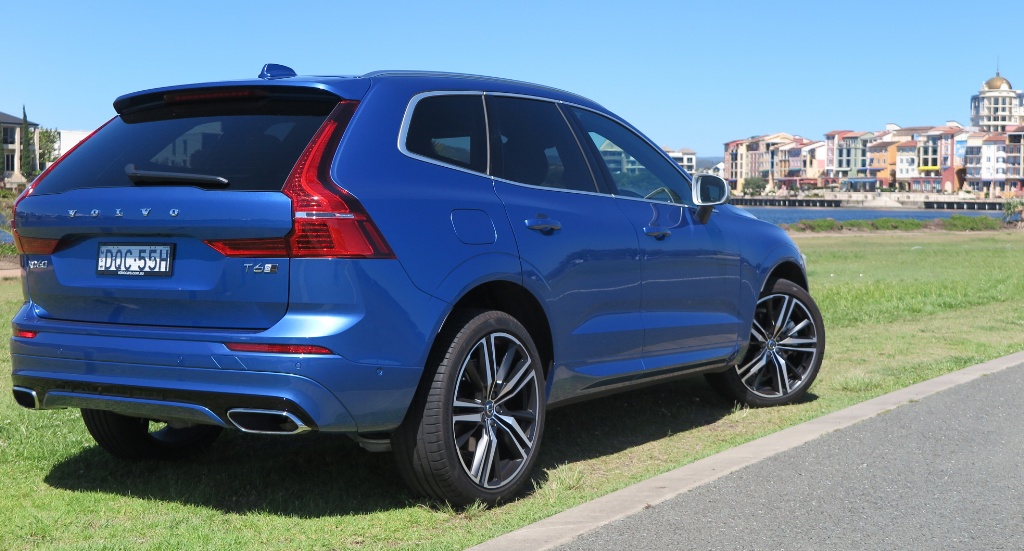 However, it performs well, handles well, crashes through the bush with ease, and features some interesting tech, as a prequel to rapidly-advancing autonomous vehicle design.

If you read DRIVING & LIFE regularly, you’ll know I can’t give a toss for all this intrusive tech; self-driving cars; lane-change avoidance; and adaptive cruise controls – but Volvo has delivered a very impressive package of this new-fangled stuff, which means it’s already a key player in the emerging technology.

If you’re impressed by this sort of thing.

Me? Couldn’t give a damn. I’ll be pushing up daisies by the time this stuff becomes the norm.

Just give me Apple CarPlay and I’m happy – and in that department the XC60 delivers.

However, based on my first drive, I think it would be a difficult car for me to own.

It's the memory seat system. This really is a pain in the backside, because it’s got two problems. Apparently when the Swedes are designing seats they must assume that in Sweden a 95 percentile human is 2m tall!

When you get in the car, the seat moves back so far, that yours truly (who is just 162cm tall) can’t reach the brake pedal, to press it, and be able to start the car!

Then there’s the seat memory. According to the on-screen owners’ manual, you simply set up mirrors, seat and steering to suit; press the ‘M’ button until the warning light illuminates, and you get between 1-3 seconds to press the M1 button! Okay, let’s try that. Nope. As soon as you press the ‘M1’ button the seat reverts to the settings for the previous 2m-high Swedish male, for whom the system was obviously designed! Which means every time I got in the car, I had to reset seat, mirrors and steering. Back to the drawing board boys! 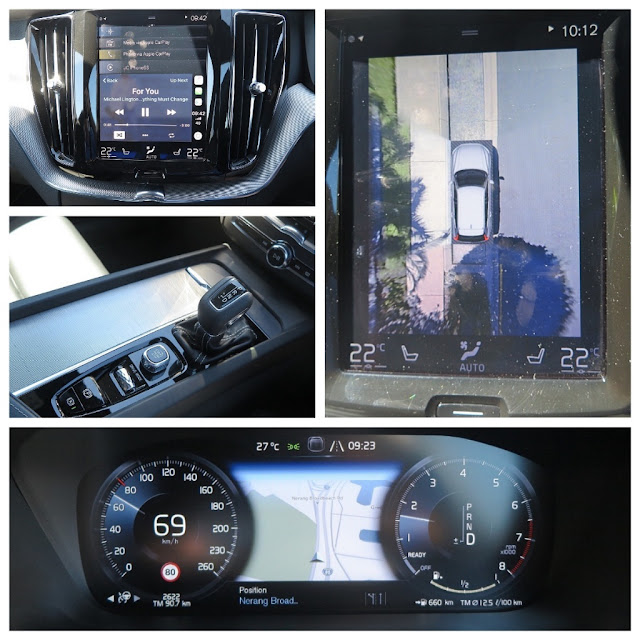 Volvo joins the world of modular architectures, by basing the XC60 on a shortened XC90 platform. Actually, the system is called 'Scalable Product Architecture' (SCA), and allows total customisation of all platform elements.

Overall, the XC60 is a very pleasant car to drive. You may have to wring the engine’s neck to get Polestar performance, but the 8-speed Aisin transmission is well-calibrated, and you do get paddles to make it all more fun.

The central touchscreen is a design tour-de-force, despite the fact that its OS is the very ancient Windows CE platform. Apparently Volvo will soon switch to Android OS.

Aaron, my Volvo tech guy, said just think of it like an iPad, complete with horizontal/vertical swiping, and it’ll all become easy to use in no time at all.

The dash features Volvo’s version of Audi’s active dashboard, and works well, but what I really liked was the ‘overhead’ view of your parking manoeuvres on the central screen – it’s brilliant tech! 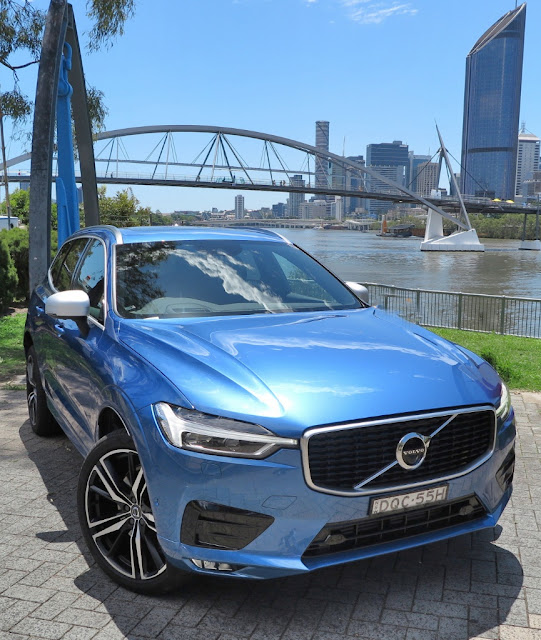 The Volvo XC60 is a competent competitor in this crowded SUV market over AUD$60K; but it’s clear evidence the Swedes are going to fight hard to remain both relevant, and revolutionary – and that’s a good thing for the carmakers and the consumers.
Posted by John Crawford at 7:29 PM