I find rugged coastlines a magnetic attraction, despite the vicious currents, which often swirl at the base of their cliffs. None more so than a picture-perfect location about an hour south of San Francisco - the romantically-named Half Moon Bay. 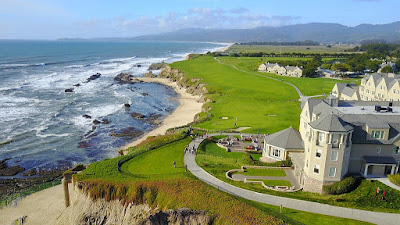 Leafing through a lifestyle magazine recently I came across this aerial view of the Ritz-Carlton Hotel at Half Moon Bay. 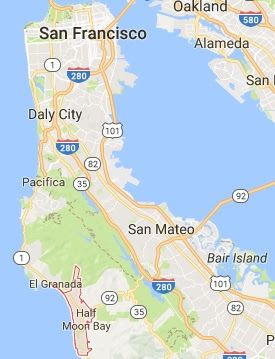 It immediately evoked memories of the many events I was privileged to host in this unique location.

In August 2003 a small, select group of influential American journalists attended a preview of the Bentley Continental GT coupe, complete with swirling mist and chilly temperatures – yes, even in the Californian summer. 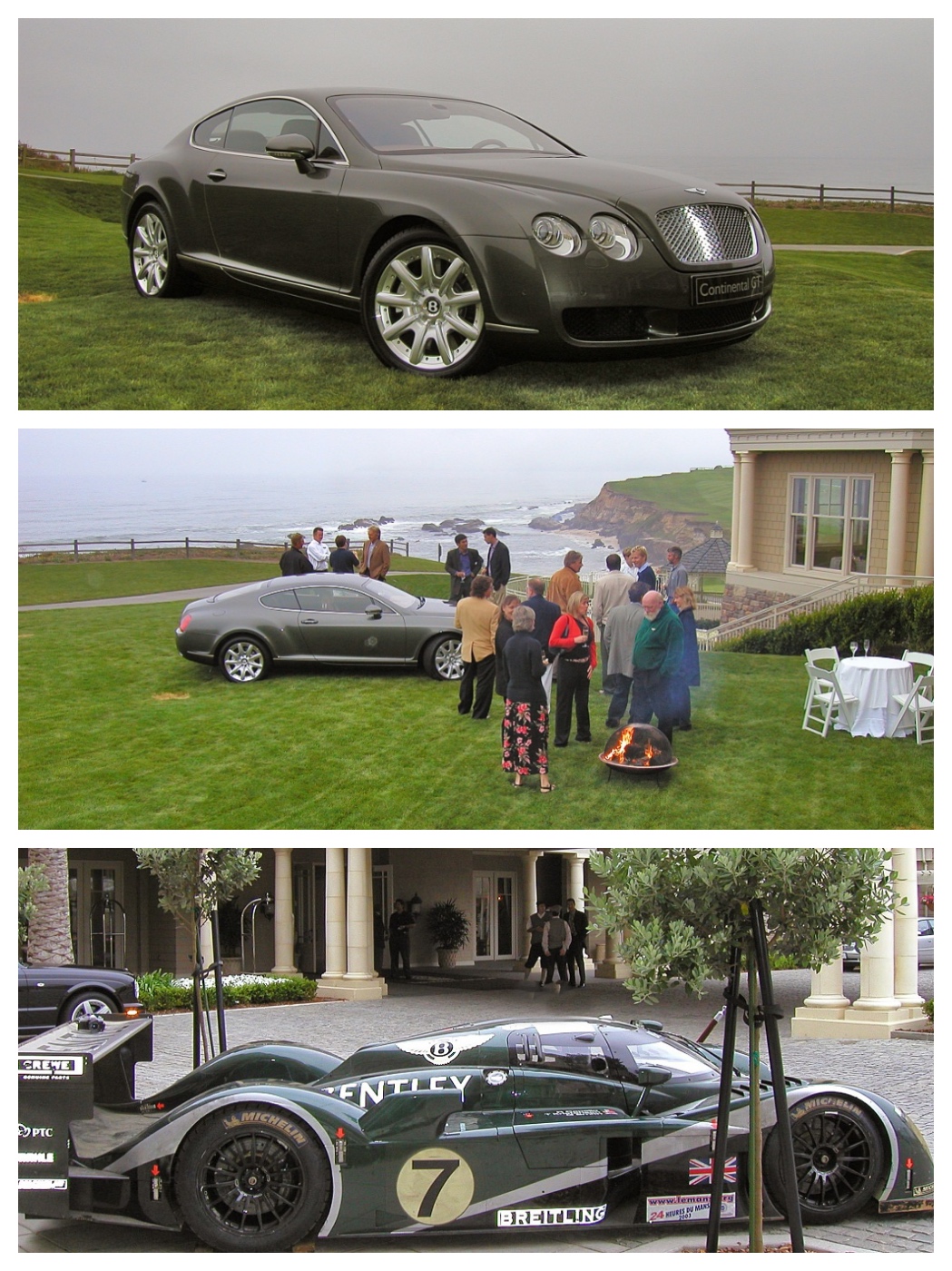 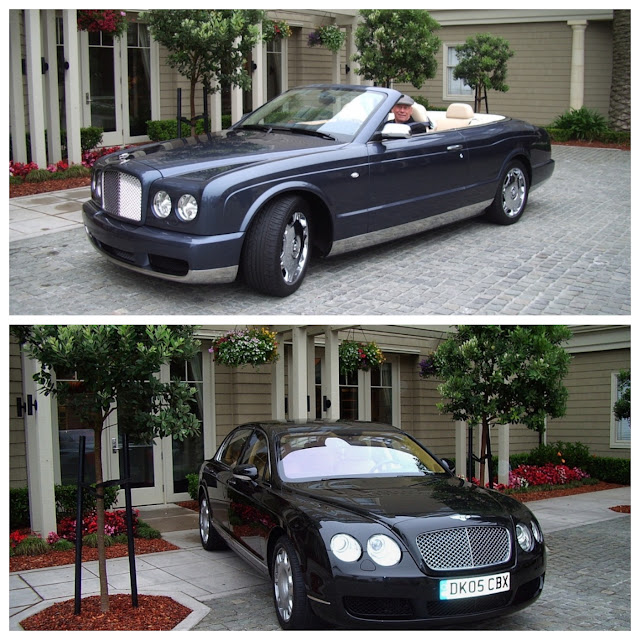 Then in 2004 we previewed the Bentley Azure convertible to a group of specialist automotive writers.

A year later the clapboarded hotel at Half Moon Bay was also the scene of a party to show off the Bentley Continental Flying Spur sedan.

It is of course, a luxurious five-star hotel situated on a magnificent promontory on a very rugged section of America’s west coast blasted by gales and, equally, wafted by breezes from the Gulf Stream. 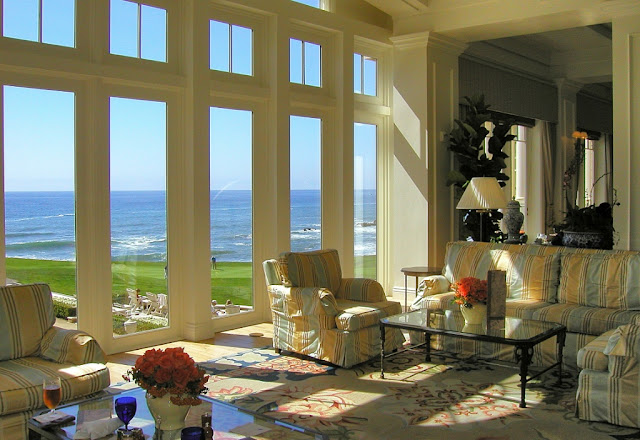 The Ritz-Carlton boasts a magnificent, although windswept, golf course, but is also a place where you can park yourself in the lounge with a magazine, book or newspaper and pass the time time soaking up a pleasant ambience.

Such is the appeal and status of the Bentley brand, it’s important to identify complimentary locations to showcase the cars, and the Ritz-Carlton at Half Moon Bay is a very pleasant place to create just the right atmosphere to introduce a new Bentley.
Posted by John Crawford at 3:48 PM