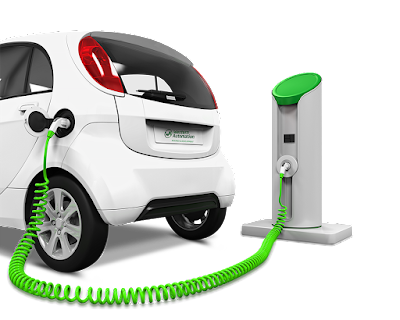 The Australian Federal Government, which is already having difficulty balancing its budget books, is being asked to stump up AUD$3.2 billion to build ‘Fast-Charging’ stations and related infrastructure to speed the growth in sales of Electric vehicles.

A report compiled for the Electric Vehicle Council by PwC estimates there will be three million EVs on Australian roads by 2030, so the Federal Government should hurry up sidelining the funds to support this soaring growth in EVs!

What absolute Bullshit! Yes, Bullshit, with a capital ‘B’.

Not only is this a totally far-fetched scenario; Guess where the modelling came from? The modeling to arrive at this result was informed by the Electric Vehicle Council – thereby using PwC as the communication tool for its own ideals!

This is a case of: "Here's the result we want, so work backwards from here to design the modelling to get there!"

(NOTE: Whenever you see the words: "According to modelling by ....." Stop, right there! Don't accept what follows as fact, ask yourself: Who did the modelling? How big was the sample? Who paid for the modelling? What were the parameters? Who does this result benefit?

'Modelling' is just a fancy name for 'conjecture' - according to a specific starting point, using available facts arranged however you want them, to end in a result you want. Change any of the variables and you can have any result you like, according to 'Modelling'.)

The EVC report outlines incredible savings in costs and carbon emissions and completely overlooks the community’s need and/or desire to be driving EVs. A recent survey of more than 10,000 members of Australian’s motoring clubs revealed that less than 10% of those questioned showed any impetus or desire to own an electric vehicle. 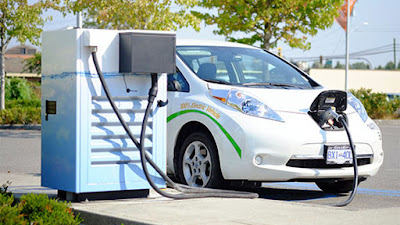 The car industry also wants the Federal Government to chip in some taxpayer dollars to subsidize the purchase price of brand new electric cars; presumably because the industry’s own modeling reveals that their customers don’t want them, unless they’re the same price, or only slightly more expensive than a conventional petrol-fuelled car.

There’s another conundrum completely unrelated to the growth of electric vehicles, and that is the capability and reliability of electricity actually being available from the national grid to power EVs. Already the Left-leaning socialist governments of the States of Victoria and South Australia have begun shutting down their coal-fired power stations, stating that they can meet base-load supplies via wind and solar power! Another load of utter bullshit.

Those two states are already having difficulty providing enough base-load power for their customers, without facing total breakdown on supply.

So, in another scenario, I live in a small estate of 75 homes, and if just 7 homes (10%) changed to a total EV fleet of family cars, then recharging them constantly would threaten the stability of supply of electricity to the remainder of homes, for such mundane things as cooking/heating/cooling/lighting!

The PwC report says it is confident that won't happen! That's because its modelling did not cover this eventuality.

However, carefully placed near the end of the report in The Australian newspaper’s story on the EV Council’s call for AUD$3.2 billion government funding, was this prescient paragraph about the actual environmental benefits of going all-electric Down Under. 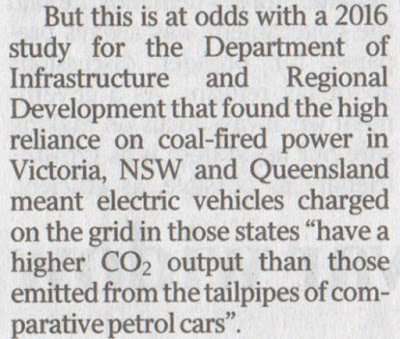 I sincerely hope there are some level heads in the current Government (and the Opposition) and the Public Service, which will throw out these calls for EV purchase price subsidies, and funding for infrastructure, because there simply isn’t any demand for EVs in Australia.

Australians consistently cover longer distances in our car journeys than other parts of the world, and the public is already freaked out over ‘range anxiety’ issues of just how many kilometres they will really be able to travel on a full charge.

Here’s a sobering assessment of the global impacts from Roger Andrews in the newsletter, ENERGY MATTERS:

There’s also the problem of the ancillary equipment needed to make the system work. Grid upgrades to handle the increased power flows will cost money, and installing charge/discharge plugs in millions of homes and apartment blocks won’t be cheap either. Neither will the subsidies that will almost certainly be necessary to induce people to buy EV s in the first place ($10,000/EV for 25.8 million EVs, for example, works out to $258 billion).

And somehow all these millions of installations will have to be linked together so that charging occurs when surplus power is available and discharging occurs when is isn’t – provided that the vehicle is plugged in and not out driving around somewhere and that the owner has remembered to plug it in.
And also provided that bursts of non-synchronous energy from millions of EV batteries don’t crash the National Grid.
And further provided, of course, that everyone has an EV to begin with. Will the auto industry be able to manufacture and market enough of them? According to the NASDAQ projections shown in the Figure below there’s a good chance it won’t. 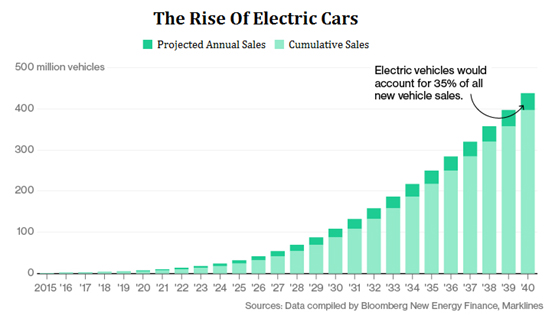 NASDAQ projects that there will be only about 400 million EVs in the world by 2040. Somewhere around 2 billion EVs would be needed for a 100% global EV fleet in 2040:

I have no doubt that Electric Vehicles have a place in our future, but using taxpayers' money to supercharge their introduction is just not on. 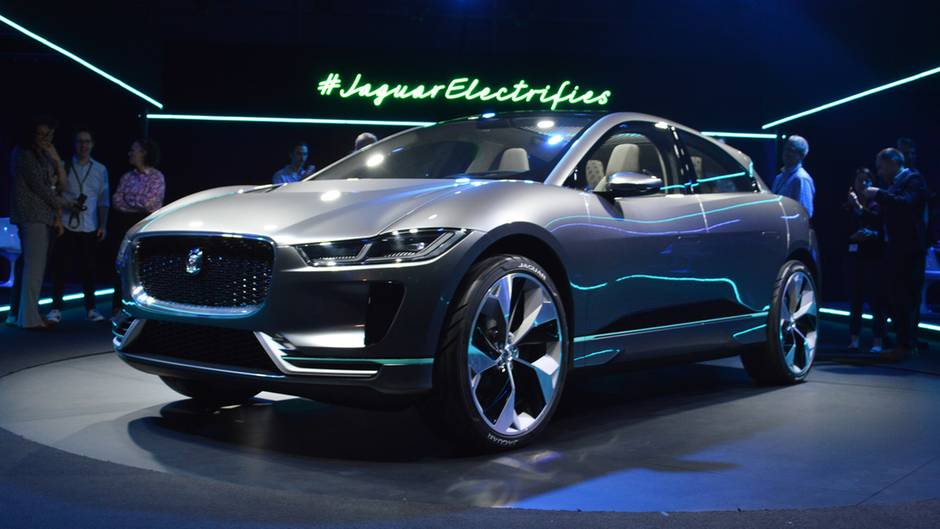 Now, working towards infrastructure to support widespread availability of hydrogen gas, to enable the rapid development of Fuel Cell Electric Vehicles just may be a far better use of infrastructure spending. 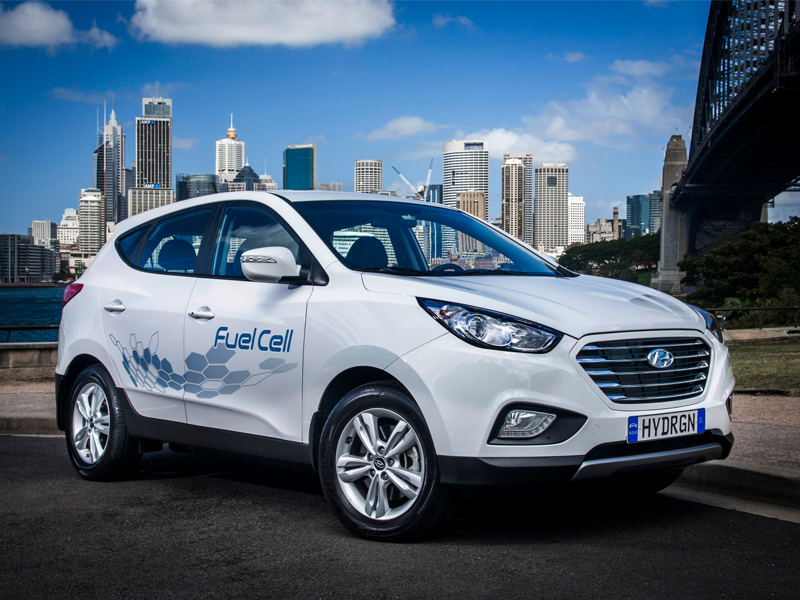 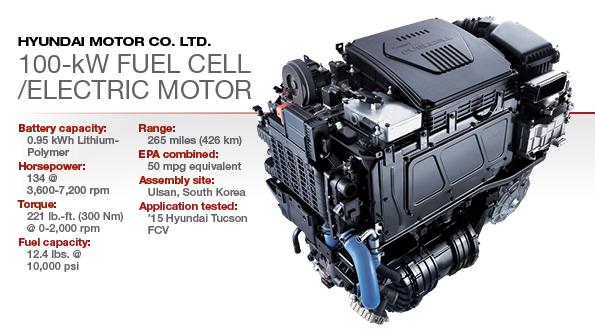 We know FCEVs are kinder to the environment; and economical to operate; we just need to be able to produce sufficient supplies of hydrogen gas in an environmentally-friendly process; and work out a deal, or legislate, to have oil companies provide hydrogen refueling capabilities at their service stations.

And remember, the only thing emitted from the tailpipe of an FCEV is water vapour!
Posted by John Crawford at 3:45 PM