Could the Renault-Nissan-Mitsubishi Alliance disappear in a puff of exhaust smoke? 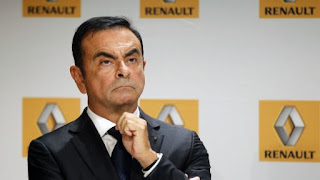 Yes, if Nissan manages to extricate itself from the mess it has created, by attempting to oust Carlos Ghosn in one of the clumsiest corporate coups I have ever witnessed.

There are journalists the world over – business, general and automotive – who are currently writing the greatest load of drivel I have seen about the charges brought against Carlos Ghosn – intended to provide Nissan with a reason to boot him off the Board, and cancel his role as Chairman.

The media writes as if some unknown force is moving through the Renault-Nissan-Mitsubishi Alliance which appears to have magically-appeared, and which will kill off one of the most successful alliances the automotive world has seen in recent times, because of the alleged misdeeds of one of the car industry's most-respected chief executives.

To balance this view, I'll give them the benefit of the doubt. Maybe the media DOES know what's going on, but no-one wants to put it in print.

Let me explain what this whole deal is all about – in very simple words.

This whole mess is about Japanese loss-of-face – nothing more, nothing less.

For the sake of history, I will re-state that Carlos Ghosn came along and dug Nissan out of the poo it had created for itself with bad business models, over-investing in over-capacity, and building too many different cars on too many different platforms. Also it should be said, with little oversight of rampaging costs. 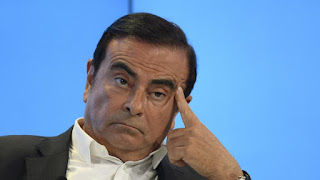 Very quickly, Ghosn’s laser-like focus zeroed in on the multitude of problems and pulled Nissan back from the edge of the abyss.

He later approached the then stultified and poor quality Nissan management with an idea that Renault and Nissan create an alliance – share platforms, cut costs, cut capacity, and do all the sensible things which are basic teachings at places like the Harvard Business School. 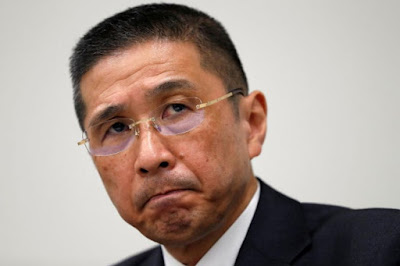 The time scale doesn’t matter, because lurking in the background was a cadre of younger Nissan managers who hated the very thought of the French company taking control of Japan’s number two carmaker – even if it did save its corporate arse. One of the group was Hiroto Saikawa.

The Alliance immediately began to make sense for both manufacturers and Nissan, as well as Renault, enjoyed the fruits of sharing technologies, research and development, and innovative manufacturing techniques.

However, all along the Renault-haters were hiding their light under a bushel, biding their time.

The Alliance became so successful that Ghosn could see that adding the struggling Mitsubishi would ensure that the Group had fingers in every automotive sector, and could leverage each manufacturer’s specialties and brand strengths.

To be fair here, is the current status of the Renault-Nissan  Alliance, and it's understandable to see why Nissan appears to have been driven to desperate, but ill-considered moves.

Renault owns 43 percent of Nissan and has the power to appoint execs. Nissan owns 15 percent of Renault, and has no voting rights. There is also resentment at Ghosn’s salary, which was reportedly considerably higher than that paid to any Japanese auto industry exec.

Nissan considers itself the stronger partner, and also wants to retain control of its considerable cash reserves. 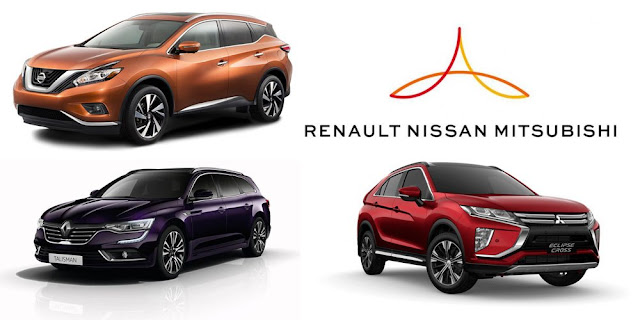 In 2016 Ghosn, who clearly had a lot on his plate, and under pressure from Saikawa and the Nissan Board, decided to relinquish the Nissan CEO job to Saikawa. 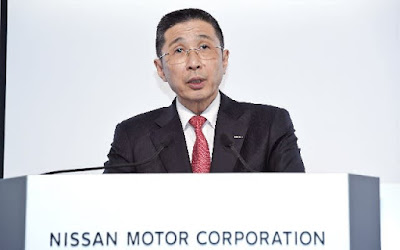 Well, let’s say Step One was achieved in dragging Nissan further away from any French influence.

Then things get complicated. Nissan insinuates that Carlos Ghosn has been a naughty boy and not correctly stating his income from Nissan in the Nissan Corporate Tax filings. Now, anyone who runs a business knows that reporting is the sole responsibility of the company, not the individual.

The rumours of mis-reporting then reached the Renault Board, which to date, has swung all its support behind Carlos Ghosn. Ghosn is a French citizen, and a French taxpayer. If he’s going to get in trouble with tax authorities it will be in France, not Japan.

Now comes the news that this whole thing began with a Nissan whistleblower who allowed the misreporting transgression to be spread in a way to devastatingly damage Ghosn beyond rescue and thus be declared unsuitable to be Nissan Chairman.

Now, I don’t know if Carlos Ghosn is guilty as charged, but I very much doubt it. I have the highest regard for him as a forceful, insightful, experienced and resolute automotive executive. He is paid piles of cash by Renault, and is not a person who needs to understate his Japanese income.

To give you an idea how clumsy this attempt is; now Nissan and in fact Saikawa, are also now under investigation, because the investigators have admitted that corporate reporting is the responsibility of companies, so they are now looking into what part Saikawa may have played.

Of course, under Japan’s confusing, ambiguous and opaque business regulations, I am certain Saikawa-san will be found innocent, and all the blame shifted to Ghosn.

There is one other element that may be the driver for the Japanese. Apparently Ghosn had suggested that Renault could make a play for absorbing Nissan – and that would certainly upset the Japanese – so they would want Ghosn out before that train left the station.

So the sake of ‘saving face’ and regaining control of its own future, Nissan is prepared to go through this under-reporting charade, and in the process damaging the reputation of one of the automotive world’s highest achievers.

Here’s how I think this play out. There will be a strong, deep and exhaustive investigation, taking a few months. This, I am certain, will prove nothing, and it will be suggested to Ghosn that if he were to plead to some minor criminal offence, then he will pay a fine, and go back to France with his tail between his legs. 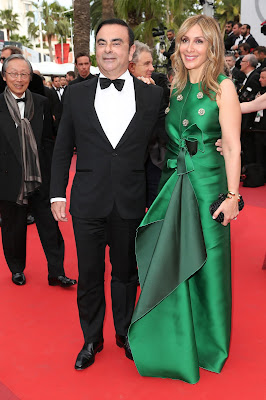 Actually, I sincerely believe the Japanese have grossly misunder-estimated Carlos Ghosn, and his resolve.

I don't think it will be long before he is back alongside his glamourous wife Carole, and again pushing his company to achieve even greater success

The Saikawa squad will then take over running Nissan-Infiniti (now there’s a brand with no future without Ghosn), and I suspect in a number of years Nissan will become corporate roadkill.

If the way Nissan has handled the separation of itself from Carlos Ghosn is any guide, I can only expect that it will once again drive itself to the edge of the abyss.
Posted by John Crawford at 6:57 PM