IS THIS WHAT THE 'NEW COMMODORE' SHOULD HAVE BEEN? 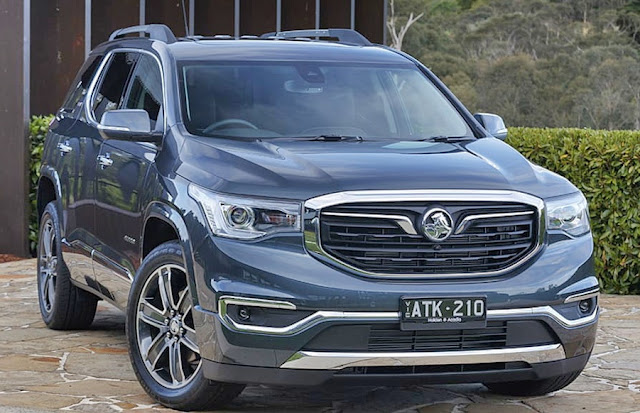 Now that thousands of GM-Holden employees have suffered through the closure of manufacturing operations; and new ZB Commodore sales are still on the canvas - rejecting the calls to ‘get up’, my friend Paul Gover and I began discussing that maybe, just maybe, the humungous Holden Acadia is the car the company could have named, nominally, as ‘The new Commodore’.

Think about it. Although ‘Mahogany Row’ at Holden failed to see the writing on the wall - that passenger cars were ‘on the nose’, and that investing in Opel knocking out thousands of Insignias badged as Commodores was going against the trends, perhaps some bright spark could have said:

“Hey, if passenger car sales are diving like the Mexicans off the cliffs of Acapulco, maybe we should ditch the whole Holden car lineup thing – and tell folks out there who are buying these SUV ‘thingys’ in thousands, that GM-Holden has decided on a major shift to left field, and re-arranged its portfolio around SUVs!” 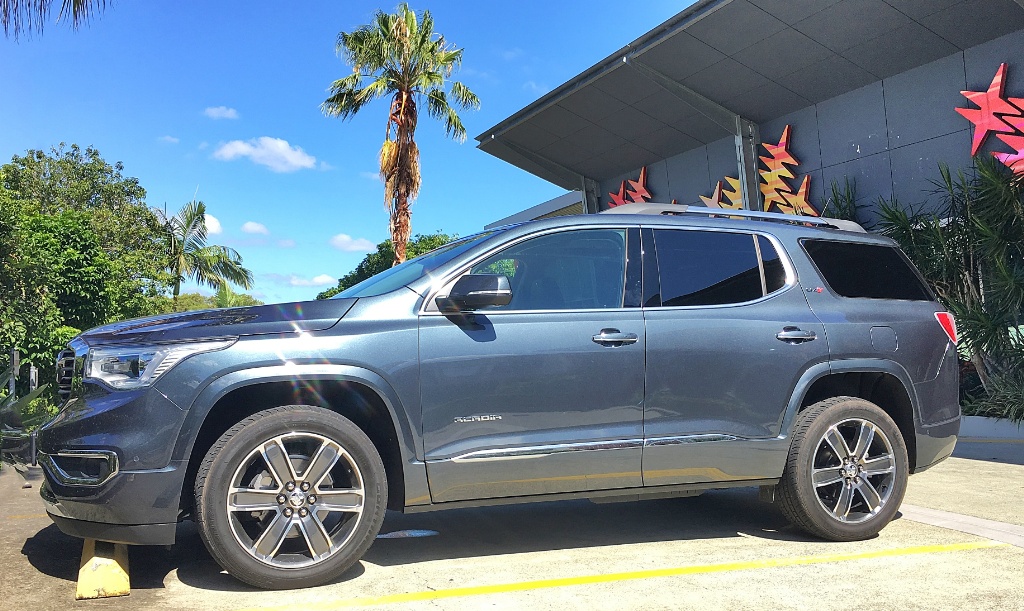 Sounds simple right? 'If the punters no longer want passenger cars, and we’ve decided to ditch making cars, and, we’ve already identified a number of small, compact and large SUVs we can bring in from somewhere else around the globe, then we should go the whole hog'.

Such a move would have totally rattled the market, the competitors, the consumers and the dealers and may even have been hailed as prescient. 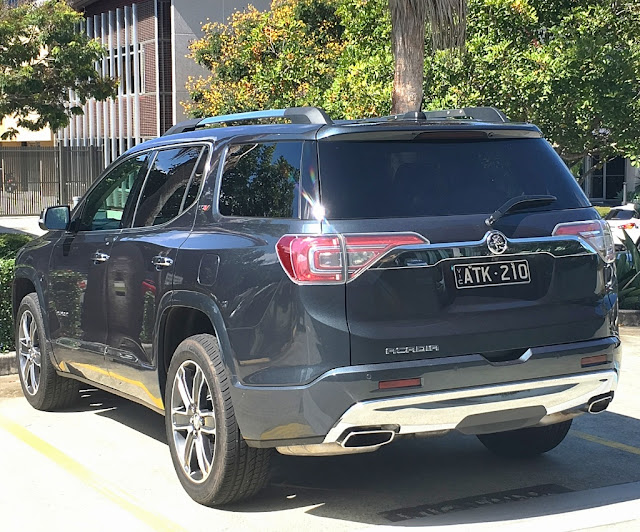 Then the ‘big gun’ – GMC’s Acadia – could come in with loads of space, high-riding outlook, and be just thing for family vacations – consigning the humble Holden sedan, and the caravan, to the pages of history.

In fact, thinking about it, it would have been a dazzling shift of focus and fall right in line with market needs.

I think the Trax is a dog, but, apparently, it does the job. By comparison the Equinox is a dazzler, and after a long drive in highway, suburban and city environs, the Acadia is pretty decent wagon.

There you go Holden – you can have this one on us!

Mind you, my friend, the very forward-thinking Nissan Australia CEO Richard Emery did just this - dumped cars, in favour of higher profit trucks and SUVs, and where did that get him? The Nissan HQ heavies in Yokohama asked him to pack his office ornaments and notepads in a cardboard box and leave the building!

So, maybe being right, in hindsight, is a career-limiting move!
Posted by John Crawford at 3:37 PM