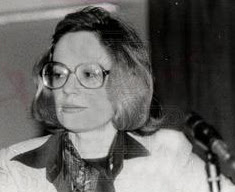 In the mid-1970s the name Maryann Keller was known only to a tight group of automotive industry analysts and business reporters in New York City.

According to The New York Times, she was the first female analyst to cover the auto industry, and by the early 80s she had established a solid reputation as a hard-headed, and insightful commentator on the car business.

The turmoil in the industry caused by the emergence of Japanese carmakers making substantial inroads into the U.S. market was great fodder for analysts and commentators, but Maryann’s observations were more often than not ‘right on the money’.

Her fellow analysts were guilty of great hubris, and were as much in denial about the impact of the Japanese onslaught as were the managements of the ‘Big Three’. 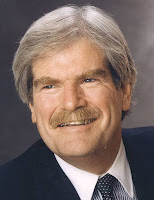 Through my good friend, Keith Crain (right), owner and publisher of Detroit’s ‘industry bible’, AUTOMOTIVE NEWS, I was able to establish contact with Maryann.

On a visit to New York in late 1988 I tried to setup a lunch date close to her Wall Street office, but such is the busy life of a high-flying analyst it never eventuated.

However, we stayed in touch by letters. 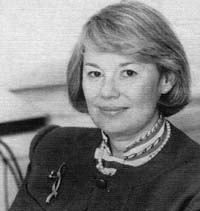 She said she loved Australians' way of ‘cutting through the bullshit’ and getting to the point.

I told her if she ever had an opportunity to visit Australia, I would be delighted to help with her trip. 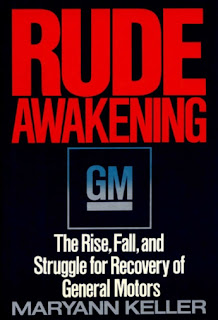 In 1989 however Maryann Keller’s name rose to greater prominence after she published a book called ‘Rude Awakening’.

It contained mostly excerpts from a series of deep interviews Maryann had with GM Chairman Roger Smith.

What it exposed were the multiple management flaws of the Detroit giant. 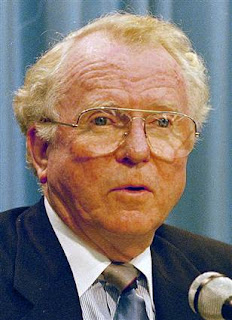 In a phone conversation with her during the week the book was published she said it had caused a combination of outrage, denial and strong criticism of her attempts to attack General Motors, a bastion of American corporate culture.

However, in many circles outside the tiny clique of automotive analysts she told me she had received a great deal of encouragement for her views, and the forthright manner she portrayed GM as hopelessly lost in this sea of foreign competition, and proving to be quite inept at planning its future strategies to cope with declining sales of US-made cars, and the fast-growing imports of cheap, economical Japanese models.

In 1989 I was instrumental in Maryann visiting Australia for four days to address an industry conference, and we spent quite a long time talking about the industry and its frailties.

I don’t plan to either quote passages from the book, or even summarize it, but it was very definitely a ‘bombshell’. For the first time, an outsider had gained access to GM’s inner sanctum, watched and listened to the opinions and plans of its Chairman, and subsequently presented the view that GM was in a state of complete turmoil which could eventually destroy the ‘institution’.

Maryann took the view that GM was led by a total autocrat who persuaded or, more often, cajoled the Board into meekly going along with whatever plans he presented.

After publishing my own somewhat damning observations a few weeks ago regarding the ineptitude of GM-Holden’s successive managements and lack of ability to see beyond the ‘Commodore-era’, I decided to re-read ‘Rude Awakening’ in case it informed a deeper view of the giant corporation, and the possibility that the hubris and ineptitude of the 1980s and 1990s in Detroit, might shed some light on how GM-Holden allowed denial and desperation to overrule common-sense and pragmatism.

Yes, I know hindsight is 20-20 vision, but in my own story I used a profit graph covering the years 2004 to 2009, which revealed that 2004 was the last year in that period that GM-Holden’s bean-counters recorded a profit.

Mind you, in the closing stages before manufacturing bit the dust, GM-Holden was more profitable thanks to improved margins, especially in its final two years as it maximized potential profits on cars that would soon disappear from the market. Opportunism reigned supreme, but who can blame the company. 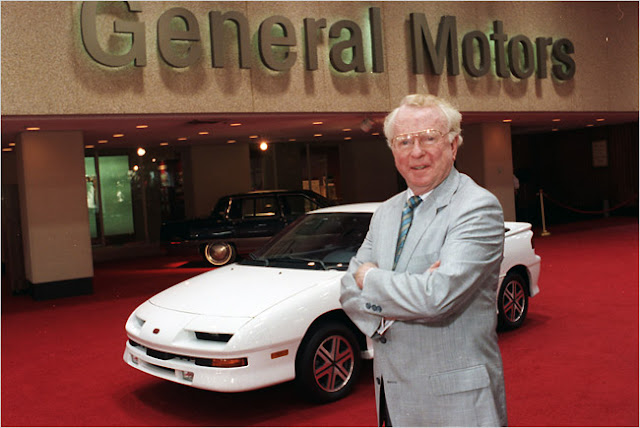 However, the clear message from ‘RUDE AWAKENING’ was that GM, at the time, was ruled by one man, Roger Smith, supported by an ineffectual Board of Directors – and the rest is history.

It would seem that at least 2005 should have been the time for GM-Holden to have its post-manufacturing plans in formation, if not set in concrete. Everyone in the industry could see the trends, and both the Falcon Motor Company of Australia; and GM-Holden were both making the wrong cars!

Mind you, I have some personal experience in this area, which although I was not involved in any drastic corporate downfall, I was witness to the lead-up and the eventual disintegration of the company I worked for. 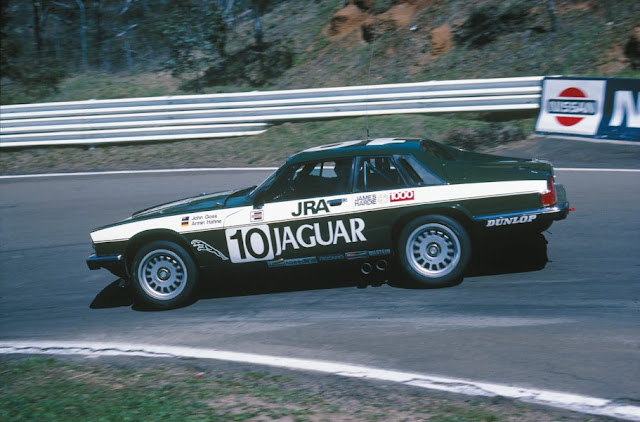 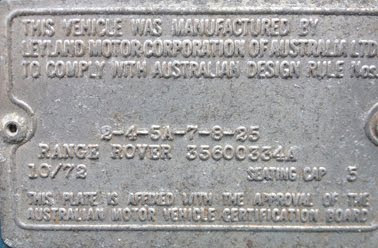 In 1985, Leyland Australia became JRA Limited, and shortly after started down a path of acquisitions aimed at making the company stronger. In theory, it was a good plan. The problem was that it was the late 1980s, when credit was flowing freely. JRA was able to make acquisitions with a combination of its own cash hoard, and loans, but three successive external disasters spelled the end for a company with a promising future.

This happened in 1991, but by then I had been headhunted by Jaguar Cars North America, in 1990, and was many thousands of kilometres from my former company’s implosion from lack of positive cashflow, and a debt burden it could not service.

Since that time I have become a keen student of carmakers’ efforts to either change direction, grow by acquisition, or shed jobs and resources just to survive. The one problem the car industry cannot escape from is that everything that happens in the car business takes a long time – either to come to fruition, or for the end to develop over long periods, and then the death blow can happen in a New York Minute.

For many decades the development time for a product to be designed, signed off and go to the manufacturing stage was about 5-7 years. Today, with platform and component sharing, that can take as little as 36 months. 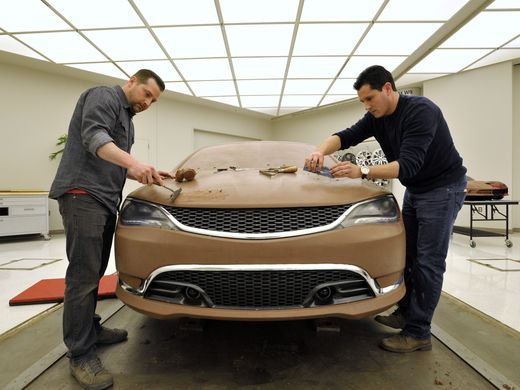 This means you are inextricably bound to that product going on sale, eventually, in conditions separated from the initial idea by subsequent changes in consumer tastes, market conditions and general global stock market confidence (or lack thereof). 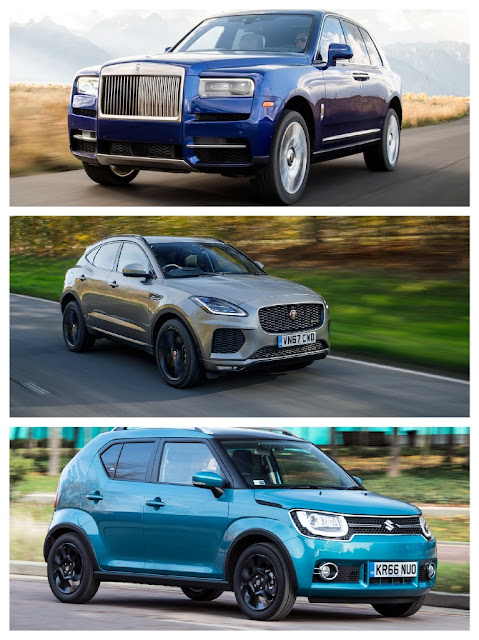 Never has this been a more confusing and difficult time to imagine, design, build and sell new products than right now. One only has to look at the rapid shift in preferences by consumers, to all sizes and shapes of SUVs, and the related fall in the appeal of conventional passenger cars.

We are now seeing every single carmaker developing a large catalogue of SUVs – small, compact and large – from the tiny Suzuki Ignis to the Jaguar E-Pace and Rolls-Royce Cullinan, and many in between those extremes.

We are also witnessing the contraction of the number of carmakers, either through acquisitions, collaborations, joint-ventures, or just simple takeovers.

So, picking the next hot trend has never been more difficult.

All of which can be overshadowed by the state of the energy market. What will drive the vehicles of tomorrow? Petrol, diesel, battery power, solar, hybrid, hydrogen fuel cells or biofuel made from the huge piles of trash we accumulate? 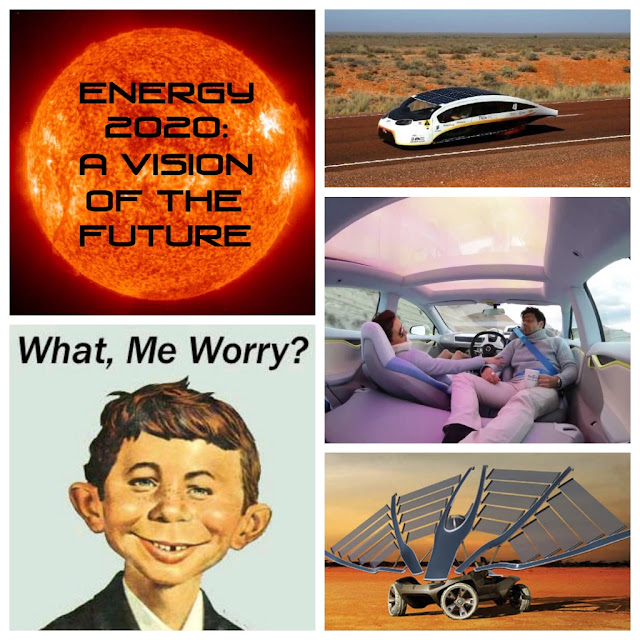 Energy security is going to become more and more the focus of sovereign states as they seek to provide and protect their individual markets.

Somehow, I think we might be in for another ‘Rude Awakening’.
Posted by John Crawford at 8:35 AM