A friend of mine flying internally in India had his Boeing 737 Max 8 flight grounded in Mumbai yesterday – which for him was no big deal as he was due to get on an Emirates aircraft in Mumbai and fly home to Australia, via Singapore.

However, he was forced to spend a day in Mumbai, idling away his time with nothing in particular to do. In his email he said it was the very first time he had been in a city with SO many people. He could not believe that there was no special event which people had gathered for - it was like this everyday!

Which takes me back to the 1977 Singapore Airlines London-to-Sydney Car Rally, and we overnighted in Mumbai. It was the first hotel suite and bed we had enjoyed since Tehran!

Mumbai (or Bombay as we called it then), was one of the points in the Rally which you had to clock into, in order to still be counted as a competitor. The Rally restarted the next morning, headed for Chennai (Madras) via Poona and Bangalore. 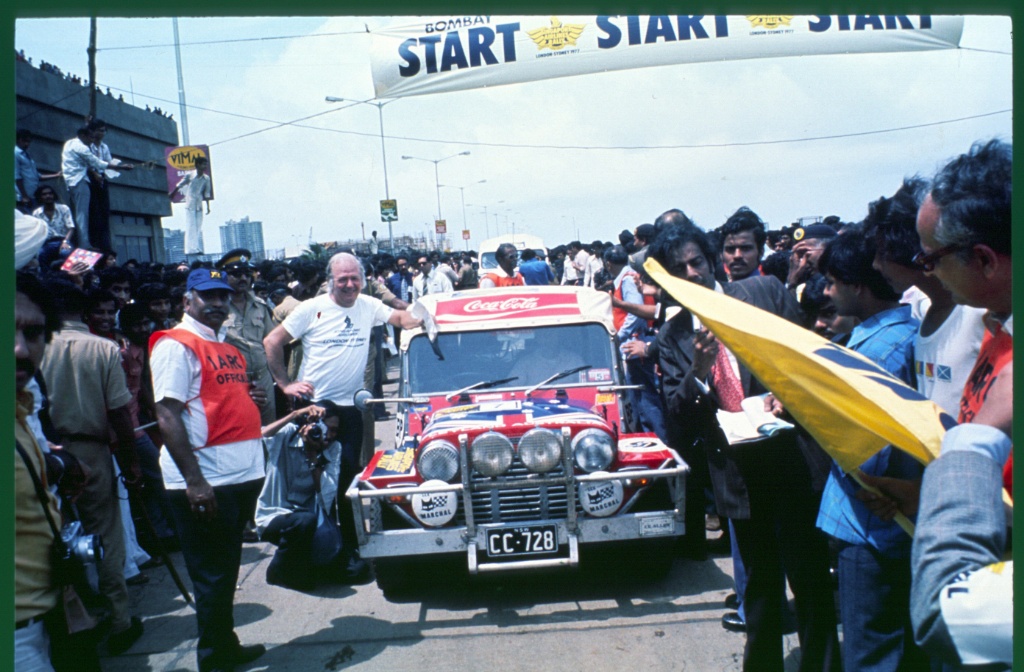 After we recovered our ‘Coke Moke’ from the night watchman and presented ourselves for the restart, the Rally organizer, the late Wylton Dickson (in the white T-shirt), told us the city police reported to him there were approximately 1.5 million people who had crowded in to see the rally cars.

Now, how anyone could accurately assess a (relatively small) crowd of 1.5 million in a country of 650 million is beyond me, but Wylton assured us that the Police Commissioner told him: "Over time we are getting pretty good at this."

For a guy from Australia with a total of 14 million in 1977, this size crowd was pretty scary. But we needn't have worried.

As we took off from the Starting Line we had to have two policemen in front of our car waving Wadi sticks around their heads and bodies to force a path for our car to proceed. This process lasted almost 40 minutes until we cleared the city centre. 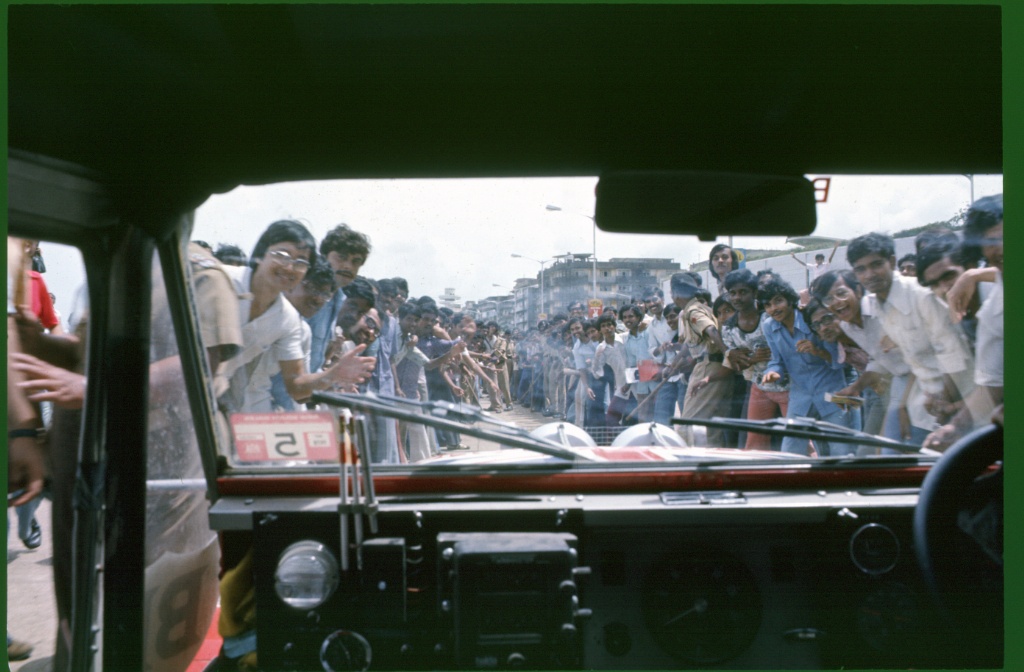 A couple of hours later we stopped to refill our tank from the jerry can, and I was able to snatch a great photo contrasting our rally Moke with India’s most common form of rural transport. 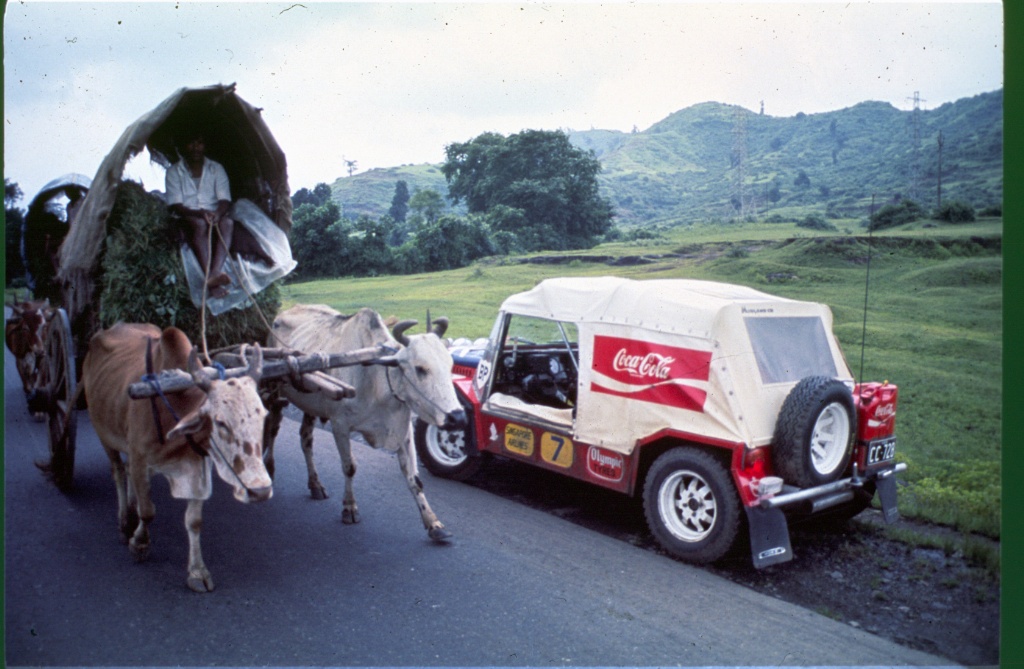 However, in 42 years India has changed a lot, and I mean, a lot. Jet Airways (India's domestic carrier), is so prosperous it can afford to buy a fleet of Boeing 737 Max 8s! 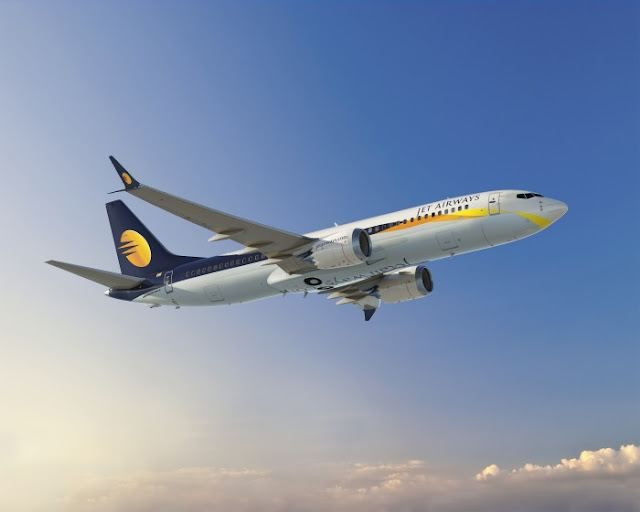