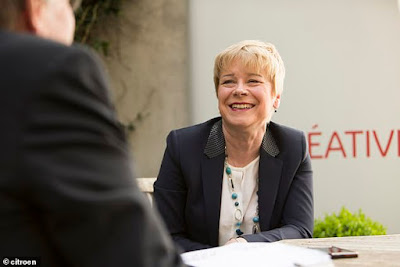 When my friend and colleague Paul Gover asked Linda Jackson (right) how she came to be running Citroen he got a rather blunt reply.

“Because I’m a woman?” she asked in return.

“No, because you’re British and Citroen is a very French company,” he replied.

And that raises an interesting question about women in senior posts at car companies. 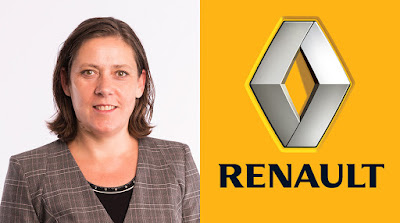 Linda Jackson, the global head of Citroen, and Anouk Poelmann (left) who runs Renault's operations in Australia are a very welcome sign, seeing car company boards entrusting the operation and management to someone other than members of a huge ‘Boy's Club'.

I have worked with, and for, some very smart men during my time with some of the best known car brands in the world, but I don't believe in quotas or forced gender appointments, so it's heartening to see these two women rise in the ranks thanks to their own abilities, and how they've employed their past experiences to create a different approach to managing their brands outside France.

I very much admire some of the women who have broken the mould in the car industry, simply because they take almost a polar opposite view about the industry than their male counterparts. 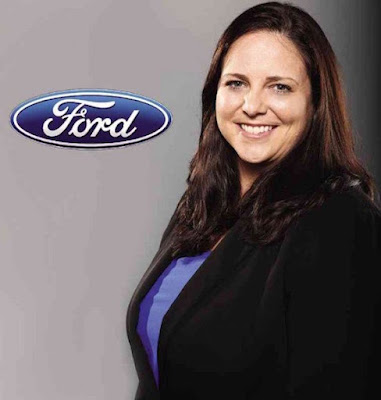 Of course, there are other top female CEO's in the global car industry. Ford Motor Company handed its operations in Australia and New Zealand to Kay Hart (right).
Then there's the biggest fish in this swirling, volatile whirlpool that is the car business today, General Motors' Chair Mary Barra.

Boy, hasn't she been forced to make some tough calls over the past few years. 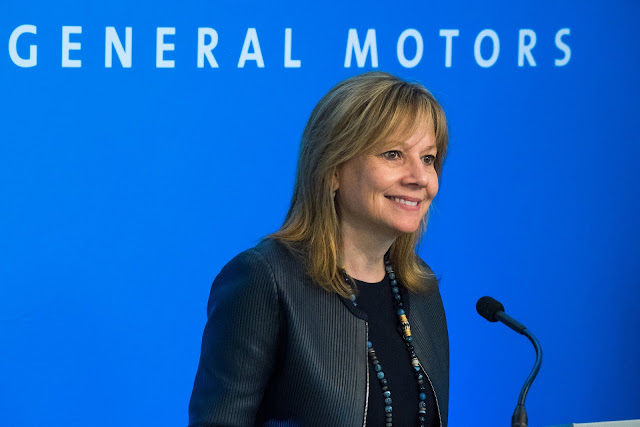 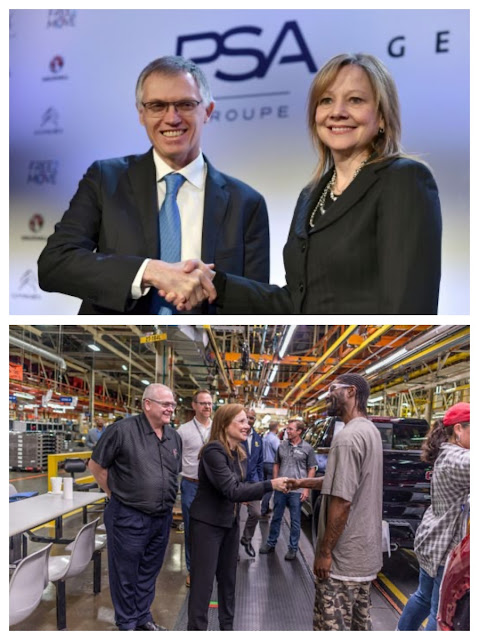 Through it all she has retained her dignity, calmness under pressure and, her femininity, which has not deflected her decision-making from pragmatic and commonse outcomes.
Just look at the scope of what she's dealt with – selling off GM Europe, cutting out brands, closing factories, restructuring GM's workforce and resources.
In varying degrees all the women I have mentioned have had their ‘big moments’ which tested their skill and resolve. But, for now they all have the green light to get on with the job, and do it their way.
That is - until!
Just like their male counterparts, when they can't continue to deliver substantial and sustainable growth, improved market penetration, and much more importantly shareholder value, is when it happens - they're out on their ear.
And, it's got nothing to do with whether they are men or women. Those are the tasks. It’s the same for every CEO, and if you don't deliver on those benchmarks, that's the biggest risk when you roll out your own unique form of management and decision-making.
I was interested in some of the big calls mentioned by Jackson and Poelmann, because I've had considerable experience with both of those French brands. I am not sure I am calm and relaxed about the direction, and the decisions both women are proposing. Today, they may be speaking with every confidence that their Boards will back their judgment through thick and thin.
But, there still remains a rocky road in front of them to achieve their aims. Unfortunately, they are both trying to execute a fast, tight turn in an ocean liner, and in the car business, history tells us it’s damn near impossible.
Car companies grow like Topsy, basically out of control on a detailed, day to day basis. Down in the bowels, and even in the top executive suites, bad practices become ingrained, hubris replaces forward-thinking, brands are allowed to wither, and often there's a determined and stubborn dedication to retaining a car line which has come to an end, and should be put down.
In Australia that was the Holden Commodore and the Ford Falcon.
Of course, over decades and generations Jane and John Doe in customer-land form their own opinions and perceptions about cars, SUVs, sports cars etc., and many times those opinions are completely at variance with the views of car company executives. Staggeringly many (most?) of those executives exist in a bubble.
I can't recall the exact number of times CEOs, Marketing brainierds and various ‘experts' who told me they know exactly who their customers are, what they want, and that their company can provide the planned model on time and on budget.
However, this precise scenario usually manages to get screwed up along the way, either because of a change in consumers' preferences, new models from a competitor more in tune with buyers, or it’s over budget, and late, so it misses the ‘sweet spot' that existed when the original model was dreamed up.
And remember, you may dream up a concept today, but by the time you fight Boardroom, Engineering and Production battles, it could be 48 months before Job One rolls off the line.
And no, I haven't strayed too far from my original theme, and that's about smart, new female CEOs coming up with new directions, and plans to turn the ocean liner around faster.
There are myriad battles for these ladies to fight, to initiate their new ideas, and whether they succeed or not depends on (obviously) results, but really it all comes down to how much line the Board will let run, and whether their patience will hold out.
Traditionally we thought of cycle production plans as 36 months to conceive and design, to 48 months build and launch, then a facelift 24 months out from the launch date. 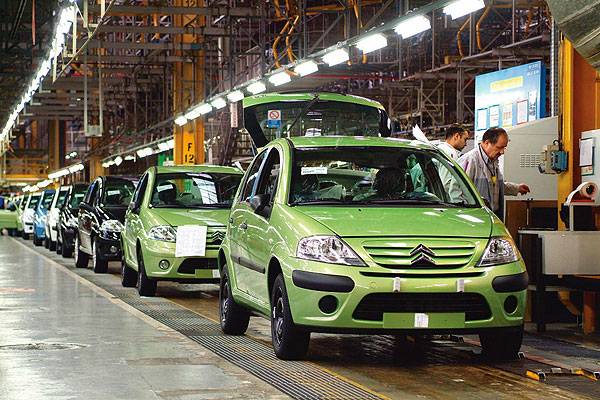 Those time periods underscore the fact that the car business conceives, builds and sells cars in long time cycles. Which is why it's hard to turn those ocean liners around quickly.
A lot can happen when you're making plans – the world doesn't wait for you.
I wish these ladies all the luck in the world, lots of patience and confidence from their Boards, and of course serendipitous market conditions.
They all need a sound strategy, sold-in convincingly, and ensure their full attention every day to all the minutia which is required to make every part of their plan to ‘gel' and work. They cannot take their eyes off any of the balls, to keep them in the air ALL THE TIME!

I talked about my own experiences with French car companies charging off into new and different markets far distant from their cozy offices in Paris. In the early 80s Renault launched a new coupe, called Fuego (Spanish for ‘fire’), based on the R17. The French management told the boss of the Down Under division they would only be allocated 250 cars for Australia, because demand in France and the rest of Europe was high.

I recall the Australian buyers may have also had to suffer a slight price premium due to currency rates, but surprisingly, those 250 cars raced out of dealers' doors.
“Fantastic”. Said the transplanted French CEO, and ordered an additional 250 cars. It took four years and a lot of damaging discounting to move the extra Fuegos.
The lesson? Pretty simple in hindsight. Renault was (is) a niche brand, with its own small band of stalwart, non-conformist enthusiasts. There were only 250 diehards prepared to buy the quirky French coupe – Renault had saturated the Aussie market with the first shipment!
Now we come to the stubborn suits which populated Peugeot's Paris HQ at 75 Avenue de la Grand Armeé. 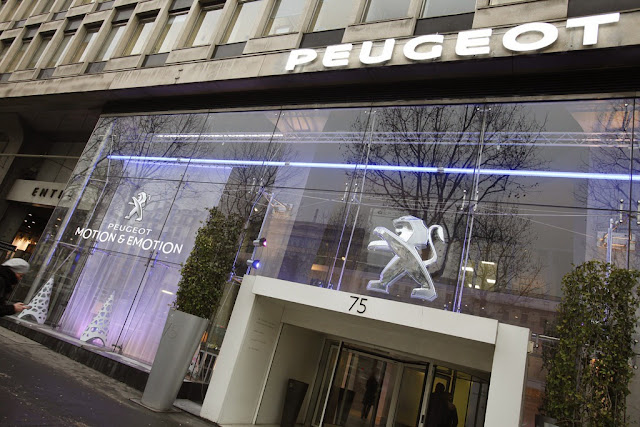 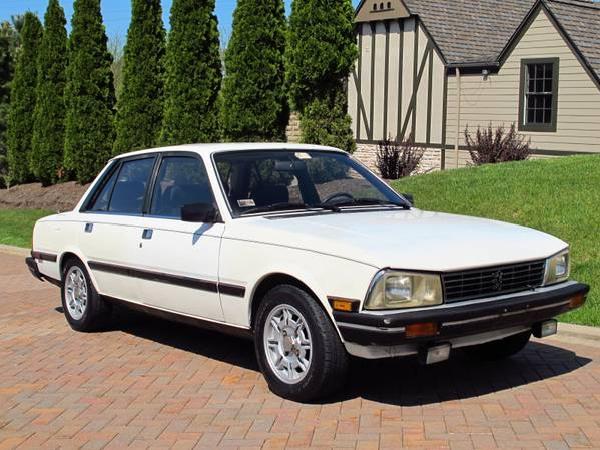 The company I worked for, Jaguar Rover Australia, acquired a licence to assemble the Peugeot 505 range, as we had under-utilised assembly capacity.
We had many arguments over pricing and positioning during the time we held the franchise, but for me, the crowning glory (or more precisely pompous stupidity) arrived with the Australian launch of the Pininfarina-styled 405.


The car came in two models. A basic sedan with a 1.4L SOHC engine, which was a shade more expensive than the equivalent 1.6L Toyota Corona. 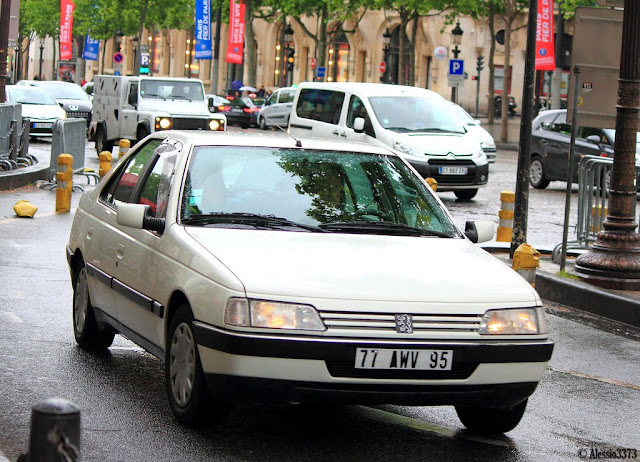 Then we had the sporty 405 Mi16, with a 2.0L, DOHC engine with four valves per cylinder. However, the retail price dictated by Paris was way above market expectations. We vigorously campaigned for a lower price, roughly line-ball with the similarly-specced DOHC Toyota.
Non, no, don't be stupid said our French friends (?). THIS IS A PREMIUM CAR, AND MUST CARRY A PREMIUM PRICE.

Okay, we finally agreed, after much furious international faxing to and from France.
Result, the Mi16 got off to a very slow start, and only achieved decent volumes when we added more equipment, and didn't raise the price!
The French perspective on the Australian market was that it was tiny, unimportant, and if the fools out there wanted to try and make decent business case, and a profit, assembling a few thousand extra cars, then okay.

However, once assembly ceased and the cars were fully imported, everything changed - as had the AUD-Franc currency rate, and then our calls for price parity to make Peugeots competitive, were ignored completely.
Peugeot has had a very uneven sales performance in Australia ever since.

JOHN CRAWFORD
Posted by John Crawford at 9:16 AM