ASTON MARTIN - A HAVEN FOR 'DREAMERS'? by John Crawford 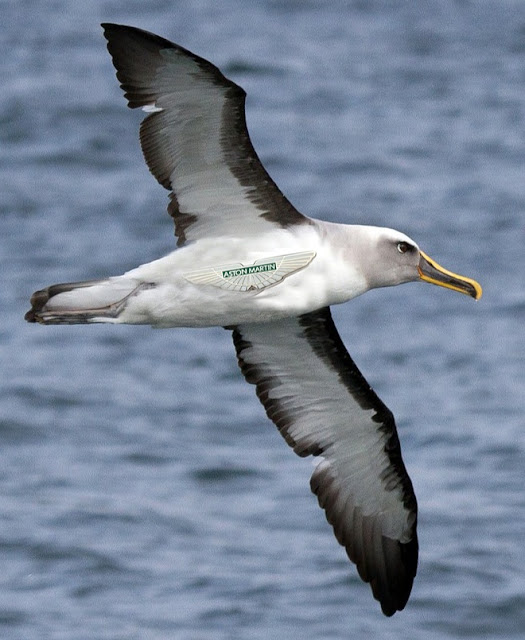 What is it about Aston Martin? From its founders to the dozens of ‘car guys’ who’ve parked themselves under the CEO desk over its 107-year history, the company has produced some of the finest sporting and performance cars ever made in Britain, but in lieu of the stylish Aston Martin wings, to me it now projects the image of an albatross living its life constantly flying, but failing to find a safe landing spot.

It’s been ‘rescued’ many times, risen to new heights, crashed within inches of destruction, only to be raised up again by a big brother (Ford); a visionary (Ulrich Bez); a big talker (Andy Palmer), and now car enthusiast and big-money-man Lawrence Stroll has stepped in with yet another rescue package.

You'd have to say most of the forenamed were 'dreamers' - but their hearts were in the right place. 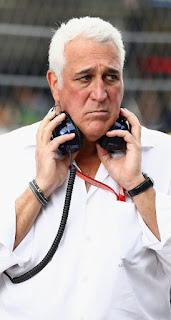 It's this last one you really have to worry about, because Lawrence Stroll (left) is also keeping alive the old Force India F1 team, now known as Racing Point F1 – and soon to be renamed Aston Martin F1. How big is this gamble going to be?

In trying to ‘save’ both Aston Martin, and a Formula One team, stock exchange analysts in London and New York are not holding their breath for Aston Martin’s certain survival this time. I just hope Lawrence can keep his balls in the air.

Given Aston Martin’s ballooning debt, plateauing sales around the world, plus dealers with unsold stock up the wazoo, Aston Martin is a ‘money pit’.

So, what happens now? Guess what, the ‘dreamers’ are at it again as this photo shows. Lawrence Stroll and Chief Designer Marek Reichman unveiling probably the least practical sports car to ever wear the winged AM badge – the V12 Speedster. 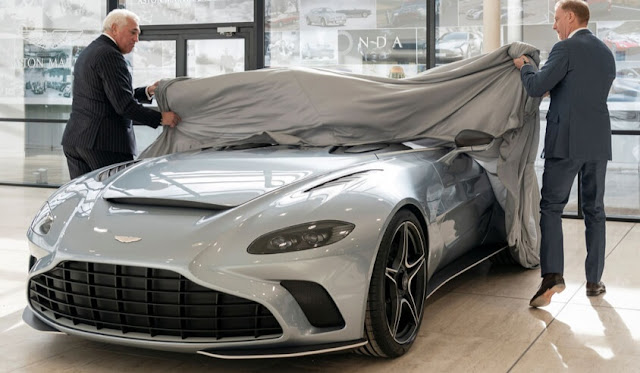 Sure, according to Stroll, the limited production run of the 700hp cars with a pricetag close to AUD$1.5 million are all spoken for, but despite it being inspired by fighter jets (?), the margins from selling 88 of them is hardly likely to dent the company’s debt burden. 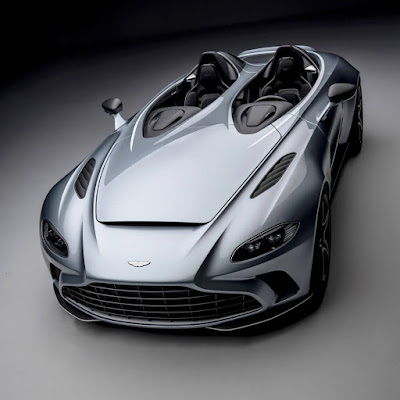 Okay, so it’s good for the company’s image, and stamps its intentions on Aston Martin’s future product plans, but sadly, it may never get to realising them.

From designers Henrik Fisker to Marek Reichman, Aston Martin has produced breathtakingly beautiful cars, achingly sumptuous, and dripping style, sophistication and all the qualities necessary to seduce buyers to open their wallets in dazed sublimation.

The quality of the finish has had a few ‘bumps’ along the way, but whatever model you nominate they all delivered on their promise of performance, panache, power and the ability to pull admirers. 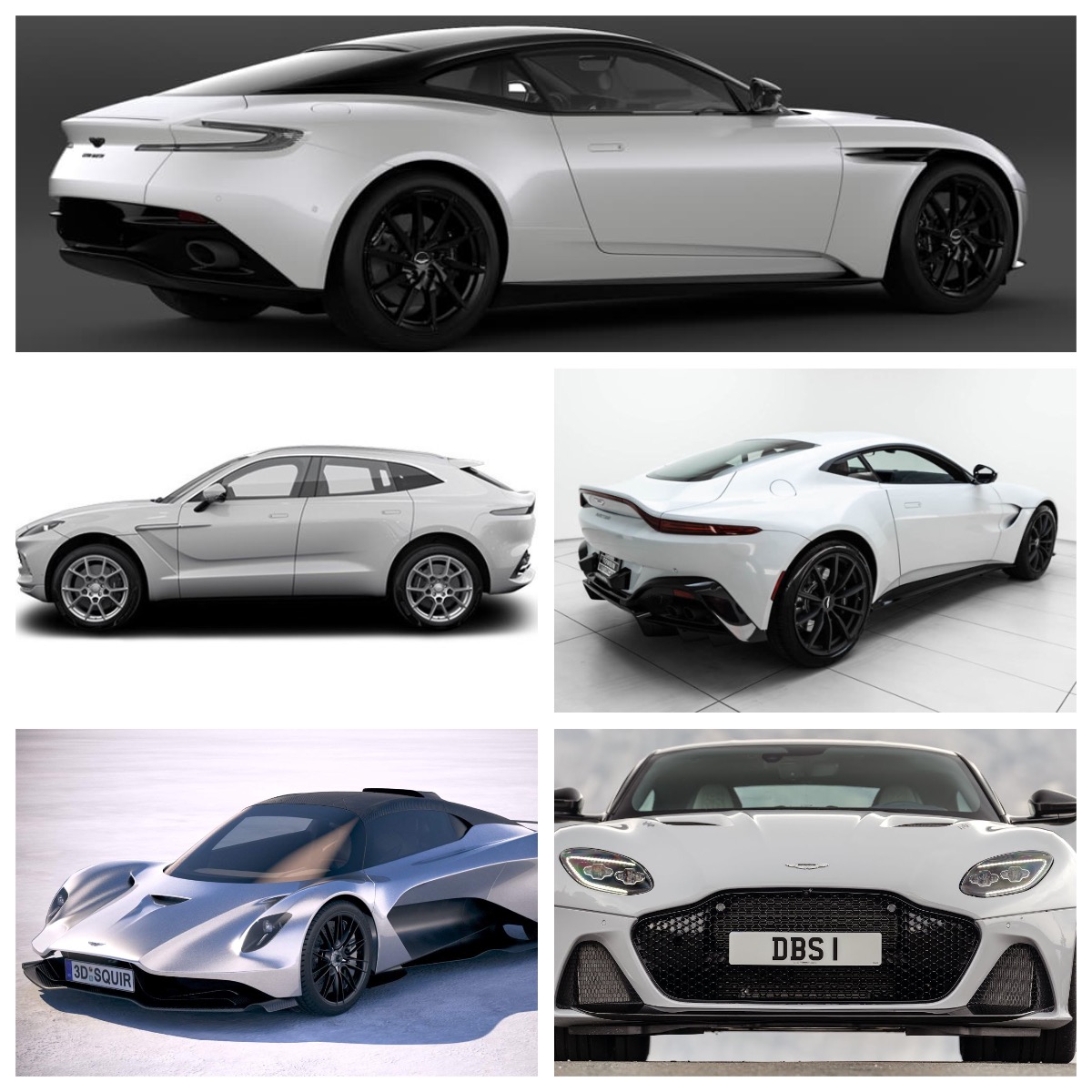 It’s one thing to produce cars of this stature, that the company’s successive managements have looked at with pride and satisfaction in the fact that they ‘delivered on the dream’ – but low volume, high-priced exotic car companies always face difficulties with the road ahead – it’s just the nature of business, and of course it’s not unique to the automotive industry.

There are a couple of business fundamentals which seem to have blighted Aston Martin's aspirations and dreams. Firstly, it’s about funding. Shortly after Ford disposed of the company, it staged an IPO and it has benefitted from strong support by Italy’s Investindustrial and the Kuwatii Investment Fund.

But what outstrips funding faster than a V12 Speedster are costs – both in terms of manufacturing and marketing. There’s another ‘M’ word which is vital to success, and that’s Margins – profit margins.

It seems to me that Aston Martin has been walking a high wire tightrope for far too long, trying to balance its funding, R&D, manufacturing costs, and poor margins, and ultimately screwing up the balance of those forces is what has brought Aston Martin to the sad position it’s in now.

There’s also another business fundamental we can’t pass over; the investors and shareholders would like to see a return on the money they put in, and not just a free Aston Martin from unsold stock to drive around in.

Yes, Lawrence Stroll (and a consortium of partners) invested £182 million; and then launched a rights issue valued at £318 million; but the company is quite literally staggering under a debt load of £900 million. To make matters worse, one of the major investors has failed to take up the full value of its rights issue, which does not send a signal of confidence to the markets.

Let’s look at some elements which have landed AM in the poo in 2020. First, it realised that its Jaguar-based V8 engine could not continue to meet emission regs; so Aston Martin did a deal with AMG to replace it with the V8 engine used by Mercedes-Benz AMG.

Then, the fabulous 6L V12 was in the same position, and the company bet its shirt developing a brand-new, from-the-ground-up 5.2L V12; and let me tell you, from someone who’s been in the car business for 40 years – that ain’t cheap. 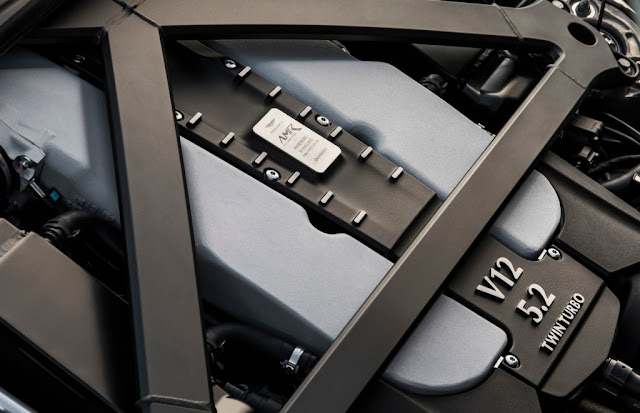 In addition, its whole portfolio of cars had to be replaced, which has brought us a fabulous new V8 Vantage; the DB11; the DBS; the Superleggera, and now the DBX SUV.

With all planned 2020 DBX production apparently spoken for, which will bring in much-needed cash – but the downside are DBX R&D costs, and manufacturing costs, PLUS, the cost of creating a brand new factory in St Athans, in Wales (just for DBX). That must have really hit the piggy bank very hard. 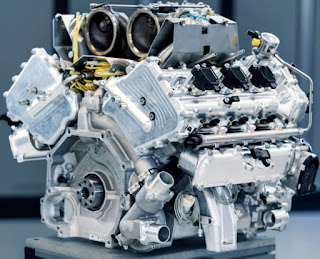 Then there's the development of the Valhalla Hypercar with its own dedicated V6 engine - imagine the sunk cost in that.

What I am simply saying is that Aston Martin has been burning cash for too long, at the wrong time (believe me, there’s mostly never a good time to spend money you don’t have), taking on massive debt, which has sadly aligned with a falling market for specialty cars (in any decent volume), plus the onset of COVID19 – so it remains to be seen if it will ever recover. As my mum used to say; 'Never spend beyond your means'.

With the appearance of Lawrence Stroll as the new Chairman, several senior directors have resigned, but CEO Andy Palmer remains in place. 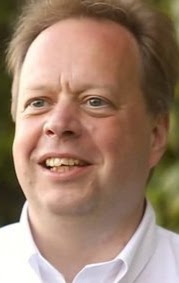 He must now take over the title of the ‘Head Dreamer’ – because he forecast Aston Martin sales would exceed 7000 units pa and could reach 10,000 units a year! What!

It would have been more prudent for Andy to shut himself in his stylish office at Gaydon, and keep those aspirations in a locked drawer, with the stand-by bottle of Scotch.

But, as you know, with the big jobs and the big pay checks comes big ego. It’s brought down a lot of great car companies than probably any other disaster.

I LOVE Aston Martin – I love the brand, the cars, the design, the performance, the image, and the fact you can still buy such a beautiful sports car, and enjoy the sheer exhilaration of driving one, which I have been very lucky to do, on many occasions. 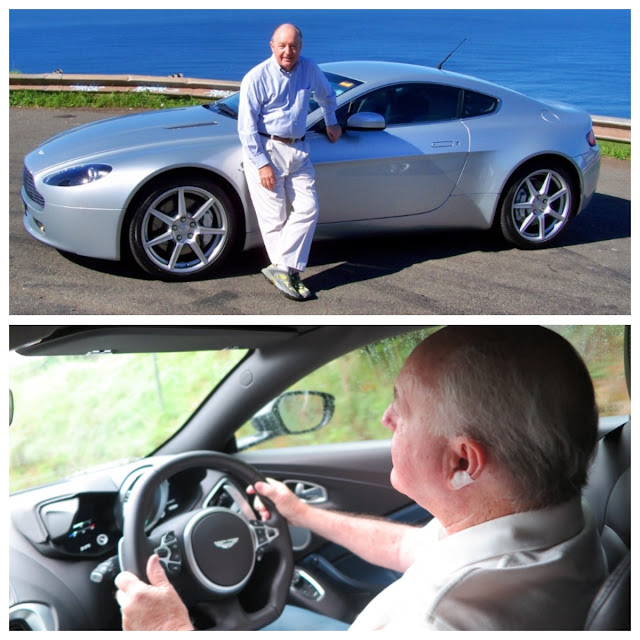 Please survive! That plea comes from the heart of a diehard - and yes, another dreamer!