Roland Dane says one thing tipped the scales in favour of 18-year-old Broc Feeney when he was finalising the talent search for a Supercars successor to Jamie Whincup.

“We’re giving a talented kid a massive opportunity. He can go out there and swing freely.”

It’s that simple for Dane, while Jamie Whincup – who steps up to Team Principal at Red Bull Ampol racing when he steps out of the #88 Commodore at the end of the season – believes Feeney is already the real deal. 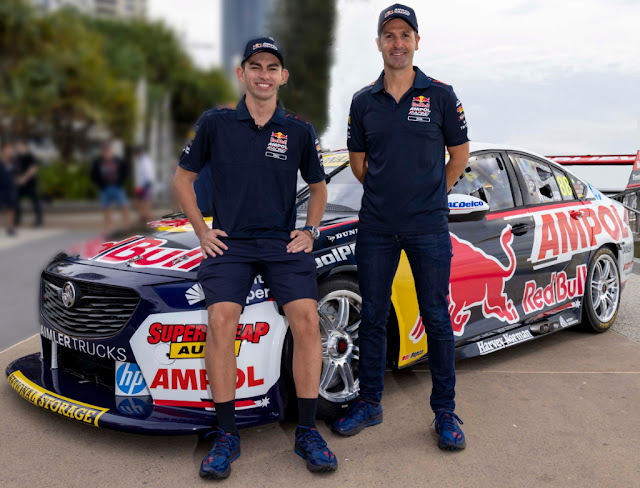 “He has everything we were looking for in a driver. It’s his work ethic. The right morals. What he says. He wanted it more than anyone,” Whincup tells Race.news.

The official confirmation of Feeney’s promotion to the Main Game with T8, alongside the sands of Main Beach at Surfers Paradise, feels more like a family reunion than a typical media call.

Feeney’s whole family is present, including his excited grandmother, and the T8 contingent includes major shareholder Tony Quinn, Whincup as team principal, and Dane as the godfather. 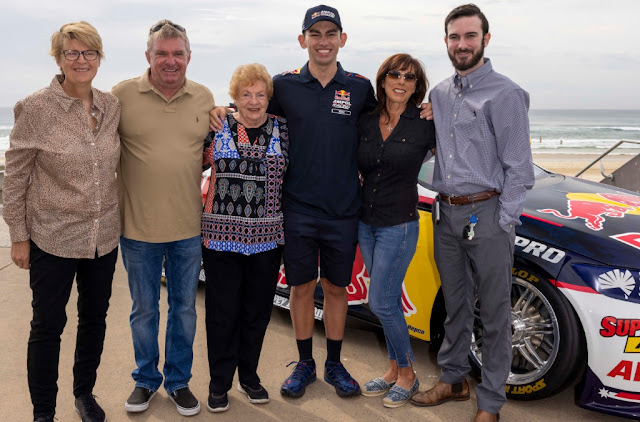 Broc’s father, Paul, is a successful businessman who admits he has spent big to create the breaks for his son, but he also has the heart of a racer and the smarts of a motorcycle salesman. He was a factory Kawasaki superbike rider in the 1980s, when his friend Mick Doohan was one of his rivals, and Feeney Snr was known for his wild style, bravery and absolute commitment to winning.

“I was more than happy to have him racing motorbikes. He was exceptional on bikes. But when he was about 10 we went to Pukhet, and there are no rules, so he went into a fast kart and straight away he was on it,” Feeney tells Race.news.

“We came back and then next year we got him a kart and he started racing.” 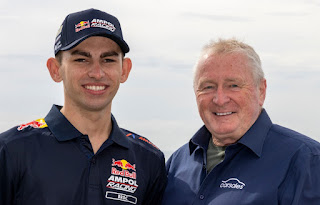 Paul Gover (see more on this story at www.race.news)

Posted by John Crawford at 4:53 PM