VINFAST LOVE AFFAIR WITH AUSTRALIA OVER! by John Crawford

Merely a few weeks after I reported on Vinfast's plans to establish a large base in Australia - it's all over! 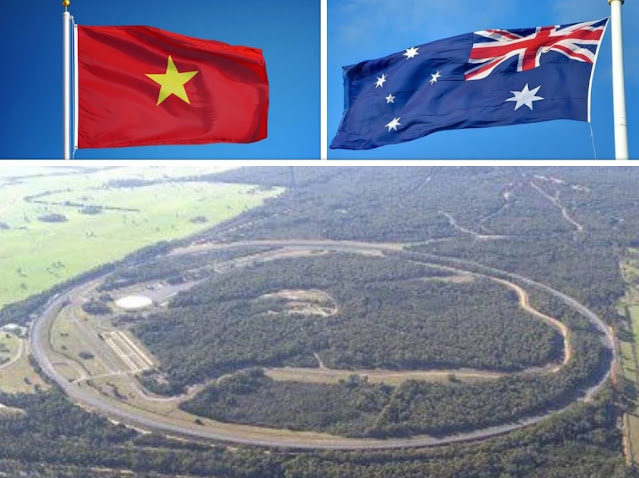 The Vietnamese carmaker had acquired the old GM-Holden proving ground at Lang Lang, Victoria, for $30 million, and had taken over Holden's old engineering offices at Port Melbourne, in order to establish a large engineering centre (supported by the proving ground) with former Australian employees of Holden, Ford and Toyota recruited to drive the car company's ambitious plans forward.

It was a grand plan, and would have meant exciting opportunities for Australian engineers working alongside their Vietnamese counterparts, producing an impressive new range of vehicles.

The plan would have seen Australia retain considerable engineering talents, and Vinfast had even suggested that its Australian operation may eventually subcontract engineering services to other carmakers, who would find it desirable to have access to an all-year proving ground, as well as skilled automotive engineers.

Alas, the COVID lockdowns have prevented Vietnamese staff flying in and out of Australia to regularly work on planned projects. Not knowing how long Australia will be in lockdown, Vinfast has announced that it is closing its Port Melbourne operations, and the Lang Lang proving ground is back on the market.

This same lockdown situation however, is likely to affect any immediate sale of the proving ground, as the same limitations Vinfast has outlined, would affect any other buyers.

Yet another set of unintended consequences of the state governments' ridiculous lockdown plans, stopping a possibly thriving business from employing Australians, and helping maintain Australia's already excellent relations with one of Asia's fastest-growing companies.