1976 ECONOMY RUN - MORE ABOUT IMAGE THAN OIL by John Crawford

Back in 1976 when I was Editor of MODERN MOTOR magazine, my friend and sometime contributor, Sue Ransom and I, were approached to participate in an economy driving event to be staged by the French petroleum giant, TOTAL (pronounced ‘TOE-TARL’)

The rationale behind this event was not so much to provide car companies with cheap advertising about how fuel-efficient their cars were, it was all about TOTAL fighting for visibility in a crowded marketplace and lifting its image.

The brains behind it was a very smart lady who ran TOTAL’s PR and Marketing, Val McKenzie. She hired an equally smart guy, Tom Snooks, to put the whole logistics of the event together – rules, regulations, route, independent observers, and a media package. 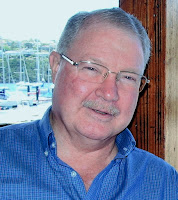 Our approach came from a company called LNC Industries, which, despite its non-descript name, was the importer and distributor for Volkswagen and Audi cars.

The PR department of LNC was run by a very dedicated and innovative perfectionist called Norman Newbon (right).

He also possessed an impish sense of humour, best expressed by his plan for the MODERN MOTOR team to participate in a five-speed, manual petrol Golf. 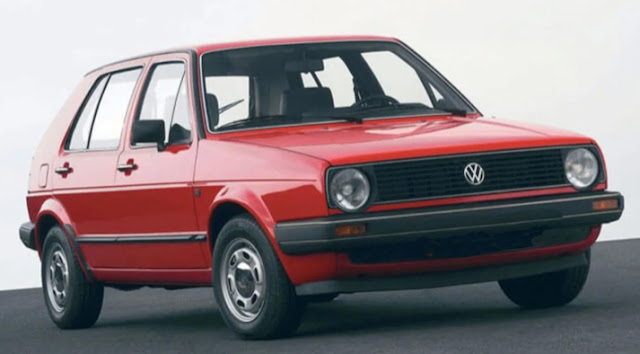 Whilst the Editor of our competitor, WHEELS, Peter Robinson – would be driving an automatic petrol Golf.

The first few days were treated by the participants as a ‘fun drive’ – at lunch on the second day, fast bowler Dennis Lillee even managed to get a game of cricket happening at the lunch stop.

However, once the fuel economy data began rolling in, everyone was determined to treat the event with a great deal more serious behaviour.

Let’s cut to the chase, Peter Robinson (left) and his co-driver, Mike McCarthy won our class, with an impressive, overall result of 39.355mpg. There were times during various stages where Sue and I recorded numbers of 48 and 53mpg, but they were on flat, gently undulating rural roads, and it was the overall number that mattered.

The publication of the list of starters however should have been a big warning sign about just how competitive the event was going to be. Especially when we saw the name, Eric Lane among the list of competitors.

Eric was, without shadow of doubt, the greatest economy run driver in the history of these events.

His win rate has never been beaten.

But hey, in reality, Sue and I were just a couple of petrolheads, primed with only some rudimentary tips from my good friend, racer and rally champ Colin Bond. 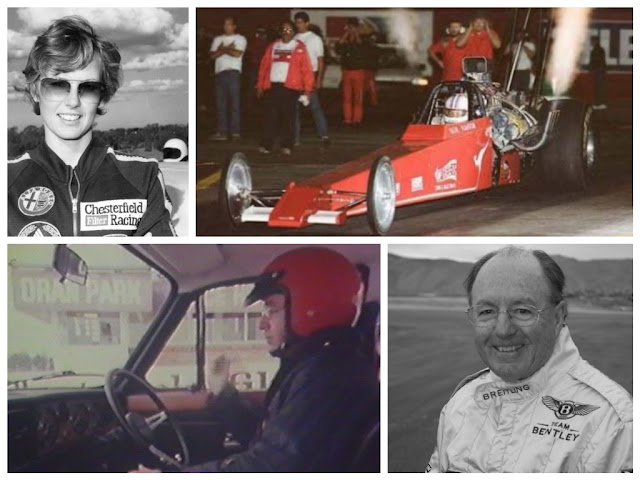 We did employ those tips and used lots of common sense, but the concentration, and total dedication to driving style – for maximum fuel efficiency – was a completely unrealistic way to drive. Most drivers simply wouldn’t apply the rules and restrictions necessary to return optimum fuel economy. 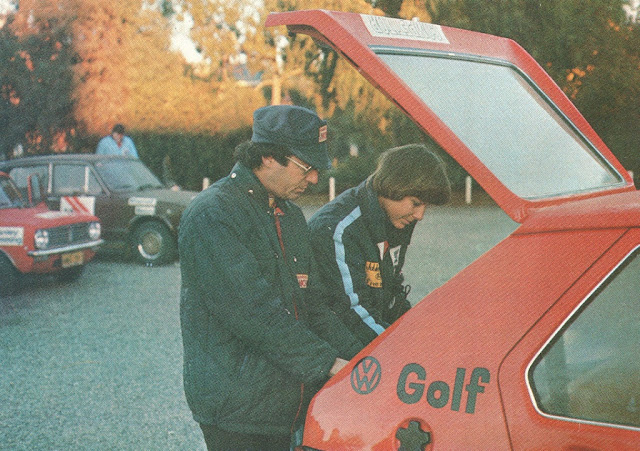 My summing up after the event was that cars like the Golf - lightweight, roomy, fuel efficient - would be the path for future family car design. The Golf had all those properties and Volkswagen has taken those parameters and designed some outstanding engines over the years to triumph in the continual daily fuel economy competition. And, look how long Golf has lasted - from 1974 to 2021!

Today’s Internal Combustion Engines (ICEs) are not only highly fuel-efficient, they are among the ‘cleanest’ engines on the road, and there’s more to be achieved on that front.

Despite all the forecasts that we’ll all be driving EVs by 2040, the ICE will be around for a while yet, with far greater return on investment - because they’re cheaper to buy, operate and recycle than most EVs – so don’t count them out yet – and we don’t need an economy run to prove it.

Posted by John Crawford at 3:15 PM