TOURING - BRISBANE TO NOOSA VIA MT. GLORIOUS by John Crawford

This Drive celebrates the extremes in flora in this huge continent. Whilst Australia is technically an island, it is nonetheless almost the same size as the 48 contiguous United States, and like America the huge ground mass features temperate, tropical, sub-tropical, desert, rainforest and alpine regions.

On this drive we will depart from the capital of the state of Queensland, Brisbane, and immediately climb into tropical forests to the west of the city.

The drive will encounter the hilly terrain that represents the topography of the Great Dividing Range, which rises far to the south in the Kosciuszko National Park and runs northwards for more than 3500km (2300 miles).

It is Australia’s main watershed along the eastern coast, and as such strongly influences the weather enjoyed by those who live on its eastern fringe.

Like many places in Australia, following British colonialization from 1788, Brisbane was originally founded as a penal settlement, for secondary offenders. The penal institution, about 10km east of today’s city centre, was established in 1824.

What is now downtown Brisbane is located inside a U-shaped bend in the Brisbane River on a floodplain, which means it regularly suffers from flooding events. 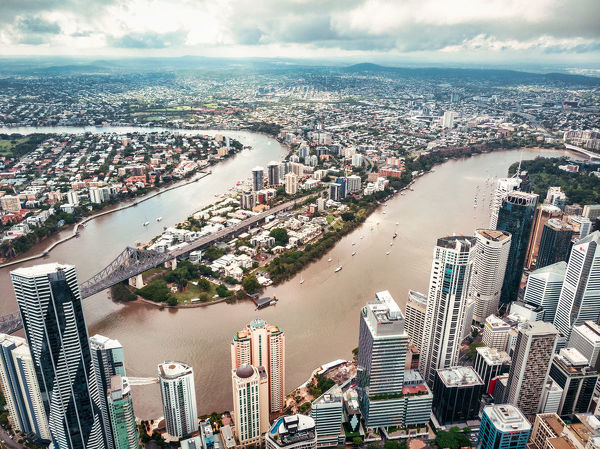 The city grew slowly, but now has a population in excess of 2.4 million people. Brisbane offers a complete range of accommodations, from 5-Star down to homely B&Bs. 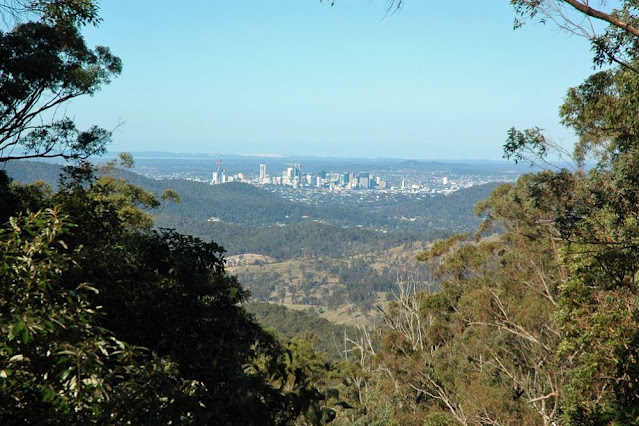 After the ascent to Mount Glorious, the road descends to the plains on the western side of the range.

On the eastern shore of Lake Wivenhoe, take a right onto the Wivenhoe-Somerset road and head north. Here the plains often suffer lack of reliable rainfall, as the Great Dividing Range acts as a watershed, dumping the rain on its eastern edge.

At the junction with the Esk-Kilcoy Road, take a right, continuing north, past the western edge of the Somerset Dam. This is a very pretty drive, with great views of the range on your right. The road terminates at the T-junction with the D’Aguilar Highway (Route 85).

Just after this junction is the town of Kilcoy, an excellent place for a pit stop for morning tea. Kilcoy, a town of about 1800 was established in 1841 and is about 58 miles northwest of Brisbane. 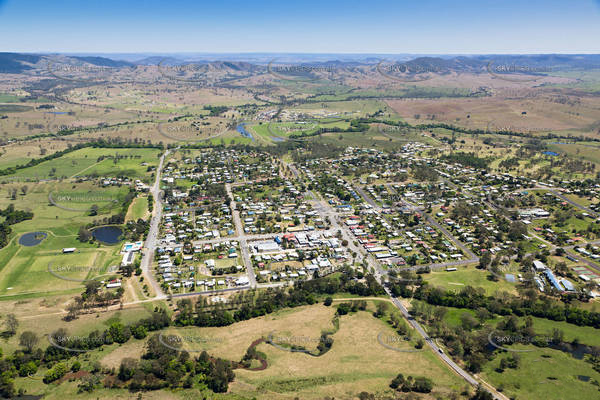 Heading east the road rises into the Corrondale Range, and then the next change of direction is to turn left at the junction with the Kilcoy-Beerwah Road (Route 6), and head north. Just before reaching the hamlet of Peachester, take a left onto Bald Knob Road, again heading north. 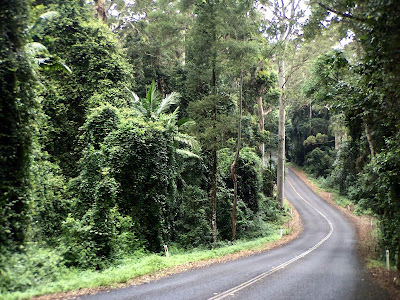 You will be passing through the Crohamhurst State Forest, but the road emerges into a series of valleys of lush farmland.
Bald Knob Road continues to a T-Junction, where it becomes Route 23 (Malleny-Montville Road).

Continue to follow Route 23 until you reach the pretty settlement at Montville, which sits at 400m in the Blackhall Range. 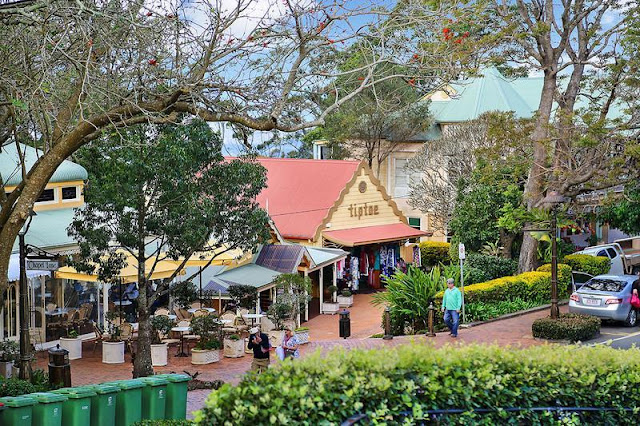 Montville began life as a logging and farming community in 1887, and today the area is well known for its large variety of farms which grow avocadoes, citrus, pineapple and macadamia nuts. It’s a popular weekend retreat for Brisbanites, and offers enjoyable walking trails, the most significant of which is the Sunshine Coast Hinterland Great Walk (below), a 59km, four day, well-signposted  walk with campsites sited throughout the Blackhall Ranges. 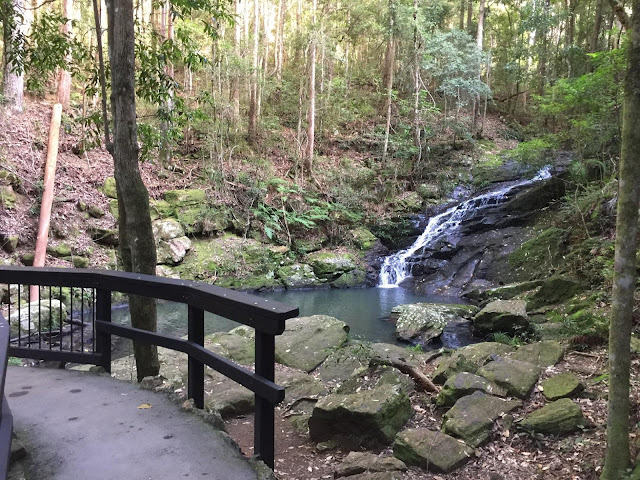 At Forest Glen, you will cross the main north-south freeway, the Bruce Highway, then follow Route 8 (Maroochydore Road), until the junction with Route 70 (Sunshine Motorway), and head north.

At this point you are close to Alexandra Headland, the southern tip of the ‘Sunshine Coast’ which extends for 25 miles north, to Noosa Heads. 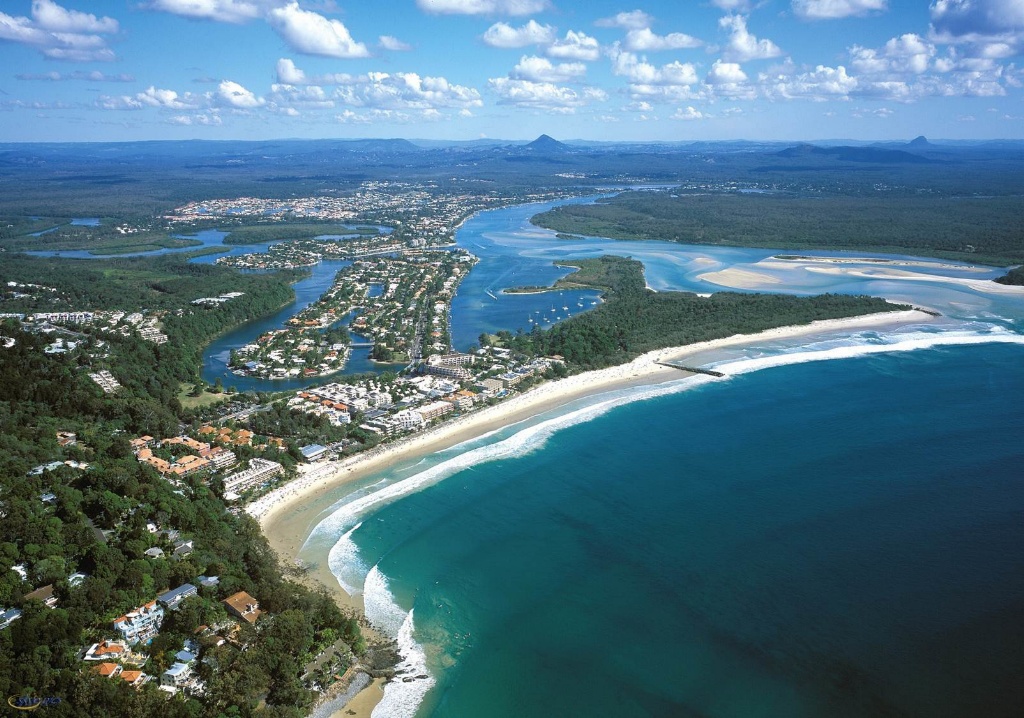 Noosa Heads is the unofficial capital of the Sunshine Coast offering a wide variety of high class shopping, restaurants, accommodation and beautiful beaches. It's a great place to book in. 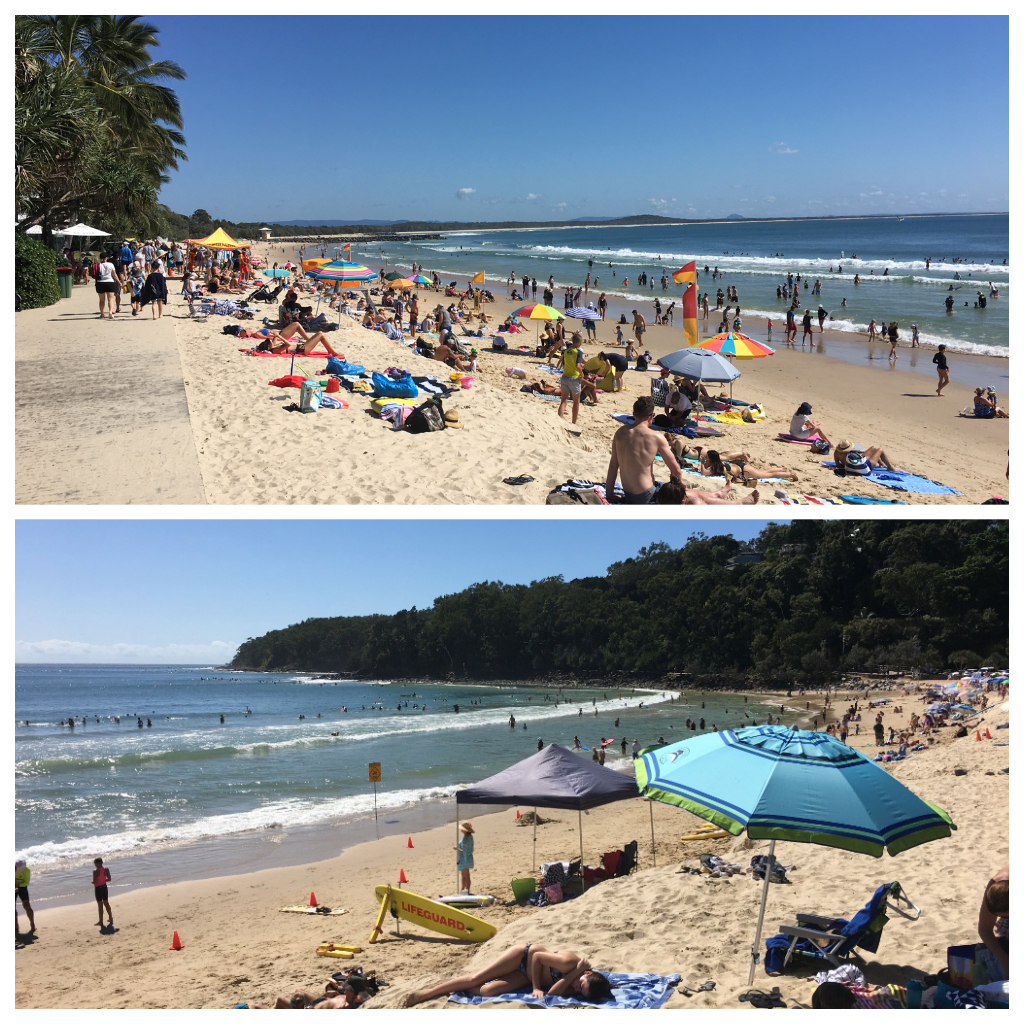 It’s definitely worth a few days for relaxation and refreshment.
JOHN CRAWFORD
Posted by John Crawford at 12:36 PM