ALFA ROMEO F1 - FIRE IN THE BELLY by John Crawford 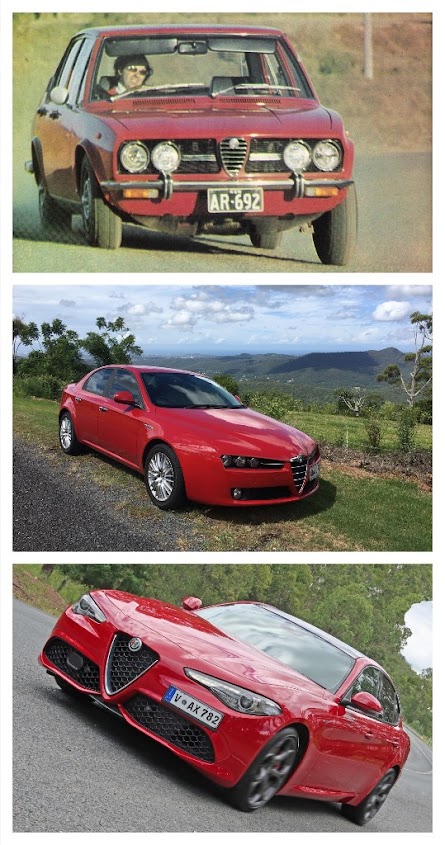 As you know I am very proud to be a former member of the ‘Alfisti’, and in fact I am convinced the spirit of Alfa Romeo runs in my veins.
My love affair began in 1975 during an extensive test drive in a 1.8L Alfetta (right).
It was further fuelled on my first international press trip in 1976, when I joined a contingent of motoring writers and Alfa Romeo dealers on a week-long tour of Italy and Alfa Romeo facilities, including a visit to the proving ground at the 'Old Farm' at Balocco.

The company, in my book, can do nothing wrong, and has totally re-invented itself with the creation and development of the Giulia – in all its forms.

It has enjoyed a great tradition of innovation and ingenuity.

It's also where Enzo Ferrari got his start, and together with the great engineer Carlo Chiti, they wrote many new achievements for Alfa Romeo in the record books.

However, I was on hand for one of Alfa Romeo's Formula One disappointments, at Monaco in 1981.

Thanks to my friendship with Alan Jones, I had a track pass allowing me to 'Access All Areas' (before that phrase had any currency). 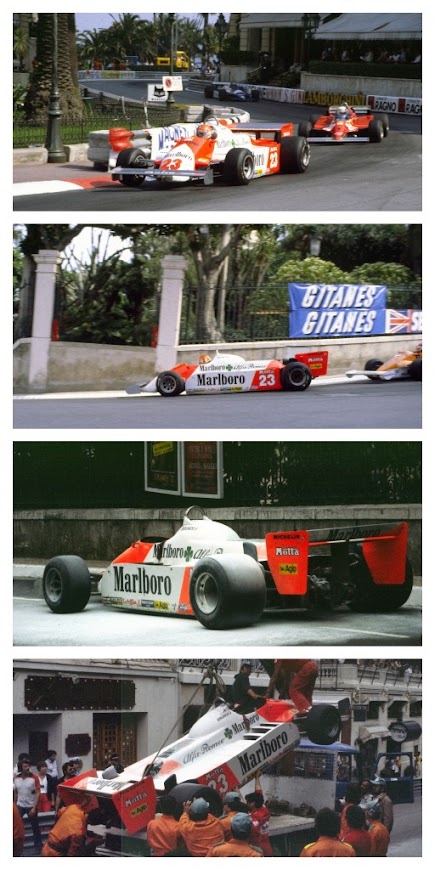 On that day I was unfortunately in a position to catch Bruno Giacomelli racing away with a promising start, leading Didier Pironi through Casino Square; holding his own through Mirabeau, to a very definite DNF covered in extinguisher foam.

The official results list the failure to finish as a 'collision', but I was there, and it was the 'Busso' V6 catching fire which ended his run.

Being hoisted onto the flatbed was a very ignominious end to the day.

Mind you, when Bruno and the Busso were really firing, they were a pretty competitive pairing.

So despite my Milanese romance, I can be also be a realist - especially about racing.

When you check the results it's easy to see one should remain philosophical - it was an event which claimed some big scalps including some future world champions.

There were 11 cars which failed to qualify; and of the 20 starters, the attrition rate was incredible, there were only seven who finished.

Alan Jones led most of the race, but a faulty fuel pump in the last few laps allowed Villeneuve to claim victory. 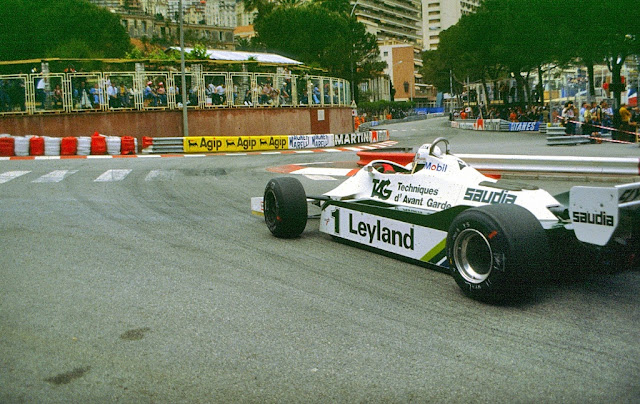 The podium places were filled by Gilles Villeneuve, Alan Jones and Jacques Lafitte.

Posted by John Crawford at 4:29 PM