I am not a ‘boatie’, but ever since my first visit to Monaco for the Grand Prix in 1976, I have been fascinated by the yachts that moor in the inner harbour and offshore. On a regular day, it’s possible to moor your yacht in Monaco for USD$5000 per night, but during the Grand Prix every May, that number swells to USD$100,000 for a five night package – and you can only buy a five night package! 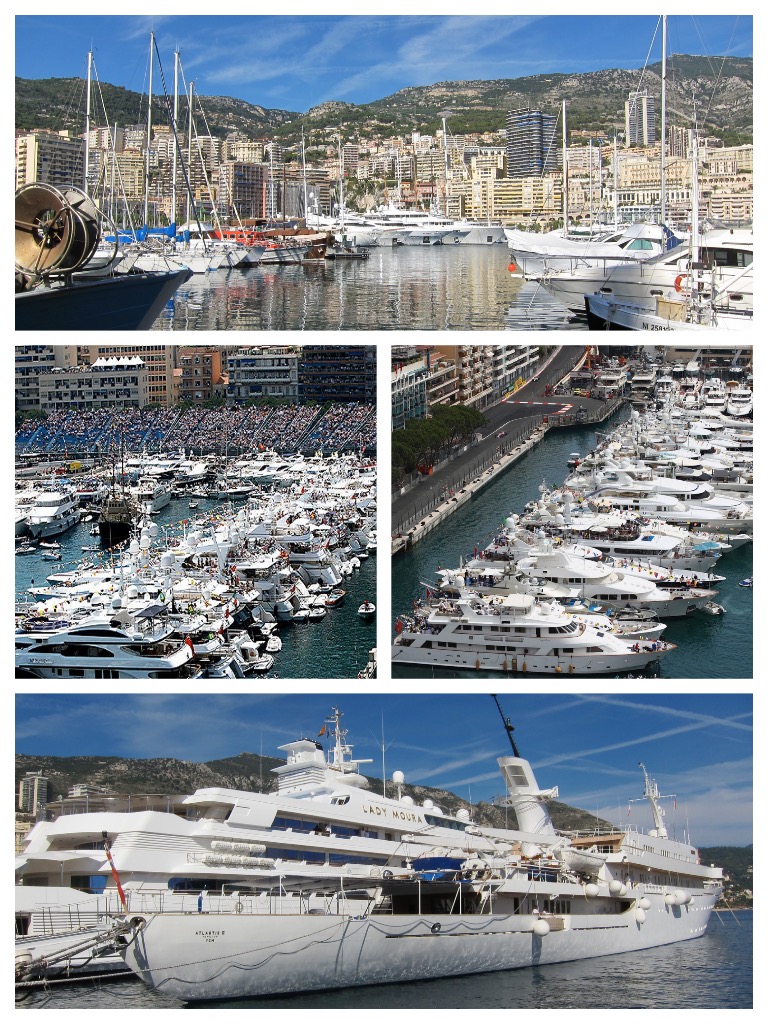 Actually, we should quantify that a bit more – depending on the size of the yacht and the location, it can cost USD$10,000 a night, or USD$160,000 a night for a real biggie, close to the circuit entry!

It’s a tale of wealth, of numbers in dollars that can easily stupefy us regular folks. This year the biggest yacht in Monaco was ‘FAITH’, a USD$200 million,  96.4m creation that was formerly owned by President of Aston Martin, Lawrence Stroll, who sold it recently to the father of Williams driver Nicholas Latifi.

This seems like an appropriate time to discuss Force India and its (formerly wealthy) owner, Indian-born Vijay Mallya and his superyacht, Indian Empress (below). Currently the Bank of Qatar is selling off the yacht (said to be worth nine million Euros), to recover some of Mallya’s debts from racing, spending down the fortune his father left him, and flashy parties.

Mallya gave credibility to the axiom: “How do you spend a small fortune on F1? Start with a big one!”

When he inherited UB Group from his father in 1983 at just 27, it was India’s biggest brewer and seller of spirits, generating huge revenues in India and around the world.

Mallya’s downfall is a sad, but predictable tale of rapid diversification and expansion, taking on too much debt, which went to funding UB Group, Force India F1, Kingfisher Beer, Kingfisher Airlines, the Bangalore Royal Challengers BBL team and his lavish lifestyle which included his superyacht.

I interviewed him at the Australian Grand Prix in 2010, when it was still possible to rate him a successful corporate entrepreneur, but it took just eight years to conclude his downfall including a highly publicised revocation of his Indian passport and drawn-out  efforts to extradite him to India.

Keeping the balls in the air with UB Group leveraged to the hilt, and beyond, Mallya has surrendered all of his business ventures, but more alarmingly has now been charged not only with loan defaults, but ‘conversion’ (which is a one word description for borrowing funds to save one venture, but illegally allocating it to another). Mallya is essentially facing multiple fraud charges, and is in hiding in a luxury home in London awaiting trial.

During his time at the head of Force India, Indian Empress hosted the most lavish parties in Monaco, on (then) the biggest yacht ever seen in the harbour. 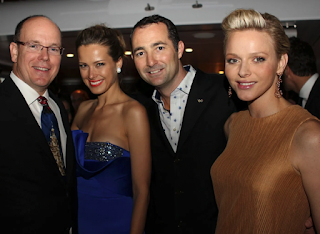 Although they were quick to distance themselves from the big-spending F1 owner, when the banks began closing in.

While we’re on the subject of big boats and big personalities, one of the biggest yachts in Monaco every year is 'Planet Nine', which comes not only with its own chopper, but even hangar space on board for the helicopter! 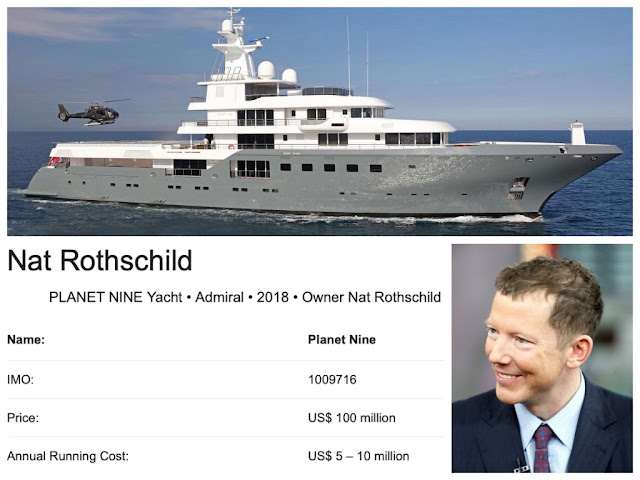 'Planet Nine' is owned by 51 years old Nathaniel Rothschild, scion of the Rothschild family, worth about USD$50 billion, and the only heir to the estate and title of his father Jacob, the 4th Baron Rothschild.

The difference is that Nathaniel, unlike Mallya, has a tight grip on his fortune, his companies, his investments, his prosperity and his new wife.

Nat's supertub is not the only yacht to visit Monaco which has its own chopper, but the others have disappeared, probably due to over-spending and too much leveraged debt.

However, it's a great way to watch the race, with champagne and caviar close at hand to feed you and your guests. 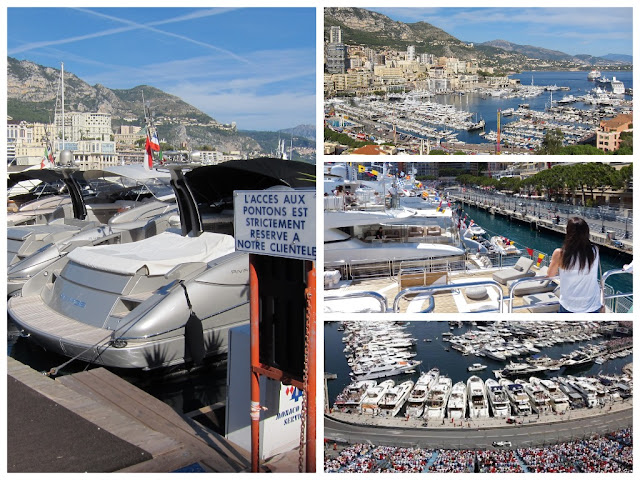 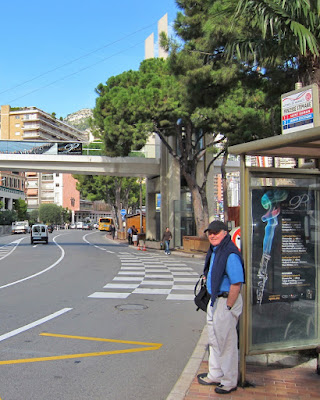 I’ve visited Monaco twice for Grands Prix, and also during Mediterranean cruises.
Even visiting when the GP isn't on, there are so many yachts that 25 years ago Prince Albert began an ambitious project to reclaim ‘land from the sea’ which resulted in an expansion of the tiny kingdom into the Mediterranean, with space for even more expensive yachts! 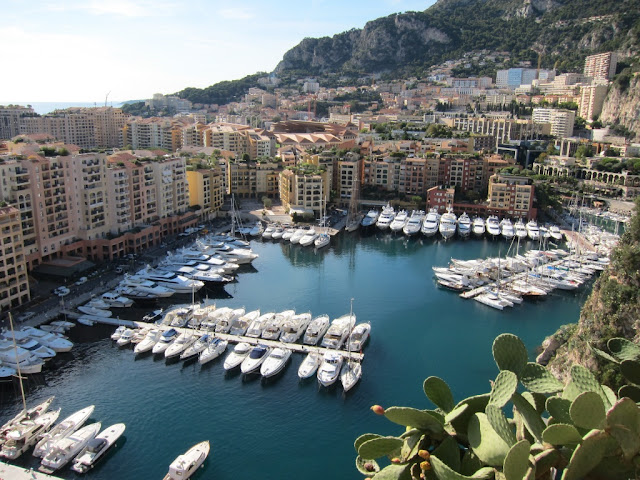 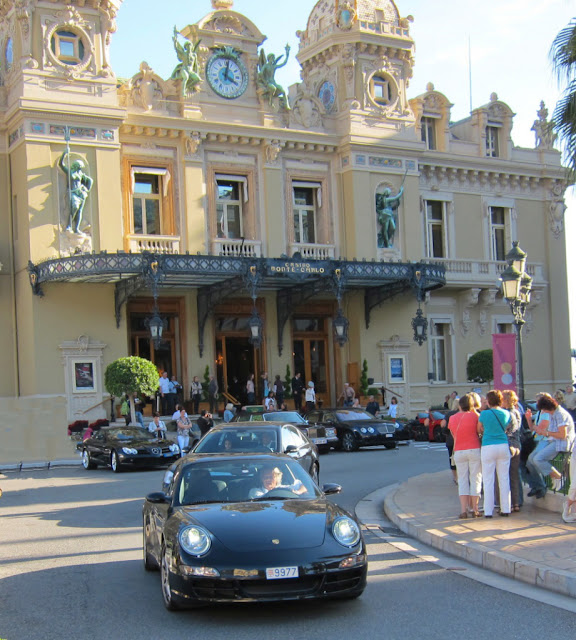 Along with its famous Casino, it's just another way to ensure revenue keeps flowing into the Monegasque coffers.

Ensuring the continued myth and legend that keeps Monaco alive in the minds of the wealthy, and those of us schmucks who work for a living.

Posted by John Crawford at 4:18 PM