This GREAT DRIVE depends on whether you want to ‘climb’ the Grossglockner; or ‘glide’ down with your foot constantly on the brake pedal. If want to glide, you depart south from Salzburg. If you want to climb, you’ll head north from Lienz. 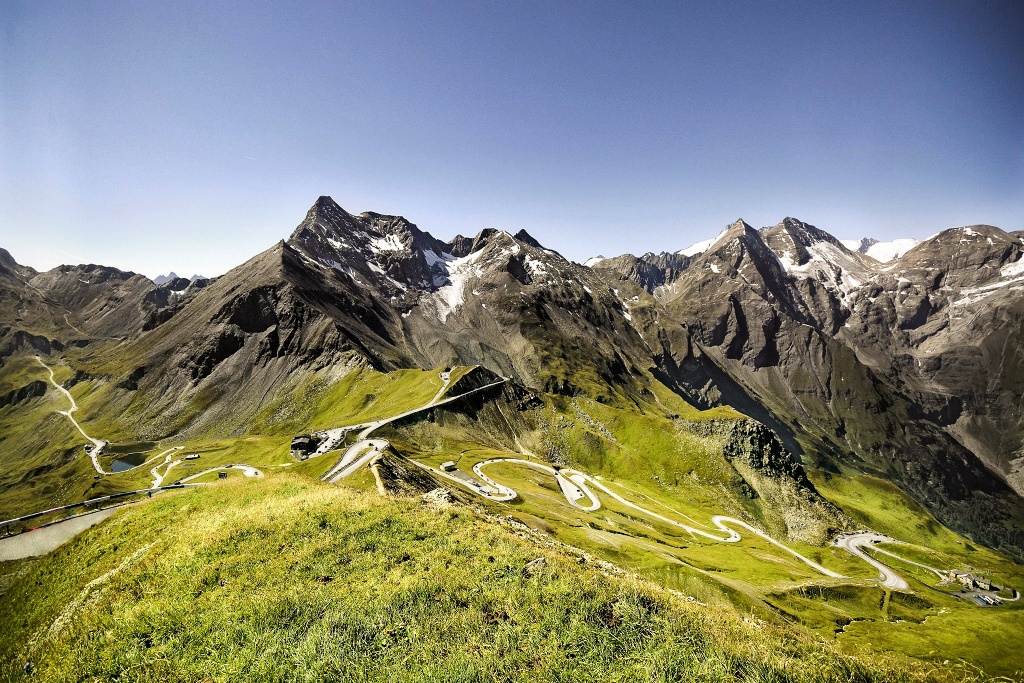 How you get to either starting point is up to you, but with 13 kilometres of driving, and rising 1.27km in altitude this is a serious mountain road. Of course, if want to guarantee ‘no snow’, you do it in July and share the blacktop with tour buses, serious cyclists, motorbikes, family cars, the occasional supercar and wheezing camper vans.

The high point for most people is a stop at the Eidelweissspitze at 2571m, and although we were there in June with lots of sun and floating clouds the freezing winds meant a quick stop for photos and back in the car. 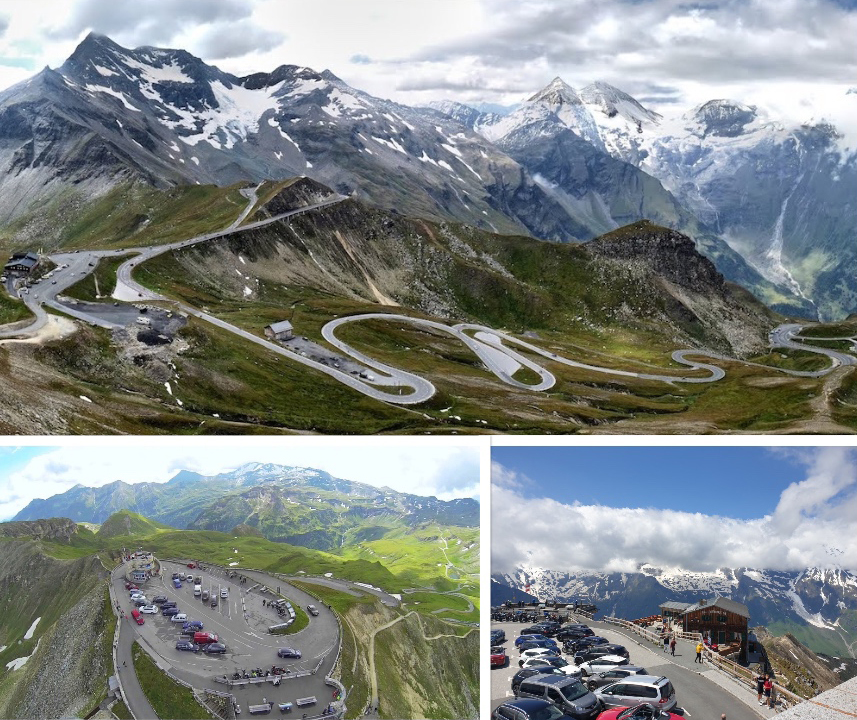 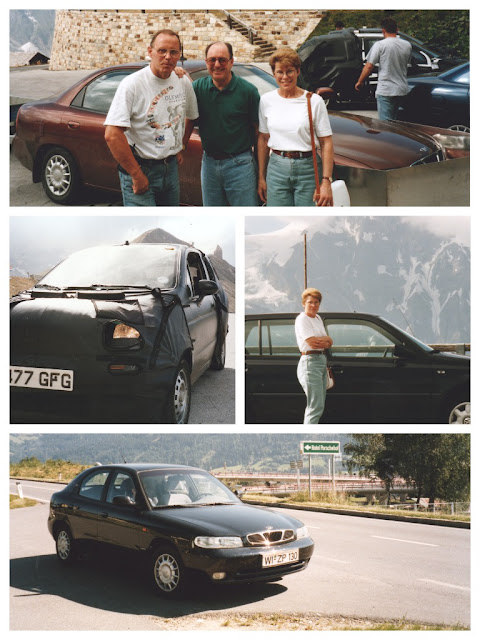 I was PR Director for Daewoo Auto Australia at the time, and we took off from Munich to join my Pommie friends from the Daewoo Technical Centre in Worthing (UK).

They were busy grinding up and down the Pass in three, disguised, 900cc Daewoo Matiz hatchbacks – supposedly undergoing hot weather testing!

The road was first proposed in 1924, when some Austrian engineers thought the route would attract tourists – however, with only 154,000 private motor cars, and 92,000 private motorcycles in all of Germany, Austria and Italy, they were soundly ridiculed. At this stage Austria’s economy was in tatters after the First World War, and finally the government relented and hired 3200 workers (from an unemployment pool of 520,000) to get things started. It was opened in 1935, and was a toll road from day one.

A one-day pass is 35 Euros, and worth every bit, as you wrestle your way through almost 40 hairpins, watched over by Austria’s tallest mountain, Grossglockner (below), at 3798m. 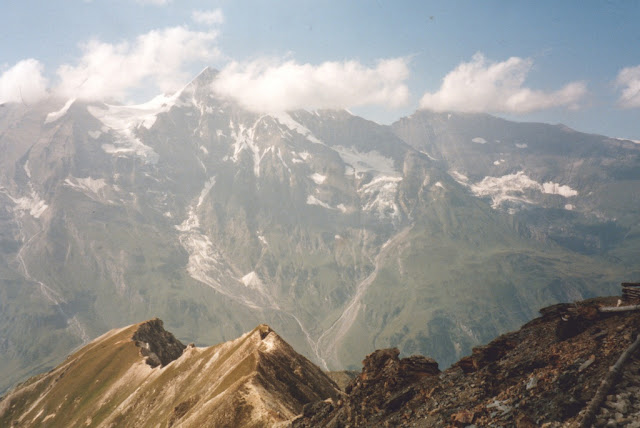 The road is also the access point to the Hohe Tauern, Austria’s largest national park, and a side trip reveals plenty to see and some more interesting roads. You shouldn’t think about the High Pass as the only road to conquer – there’s plenty of side trips and you could easily while away four days.

We based ourselves in the tiny Austrian village of Kaprun, but it’s home to an outstanding four-star hotel, the Burgruine. 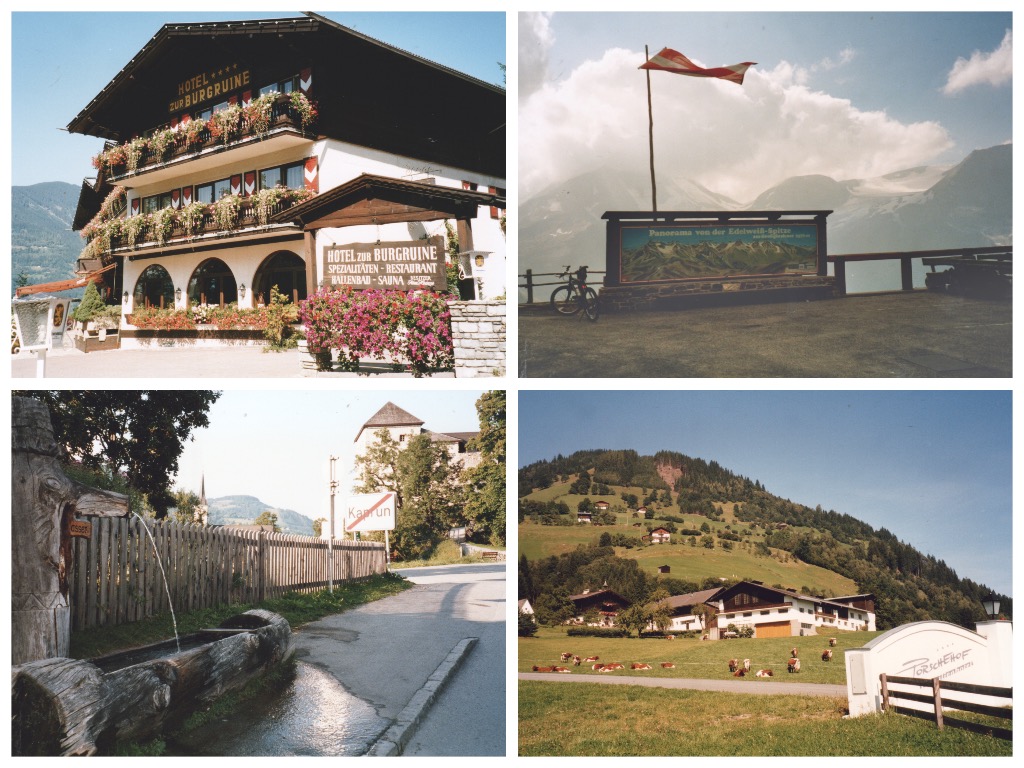 However, if you really want to rub shoulders with experienced High Pass drivers, you may decide on the Porschehof, originally built by Porsche for its summer testing crews, but now privately owned. 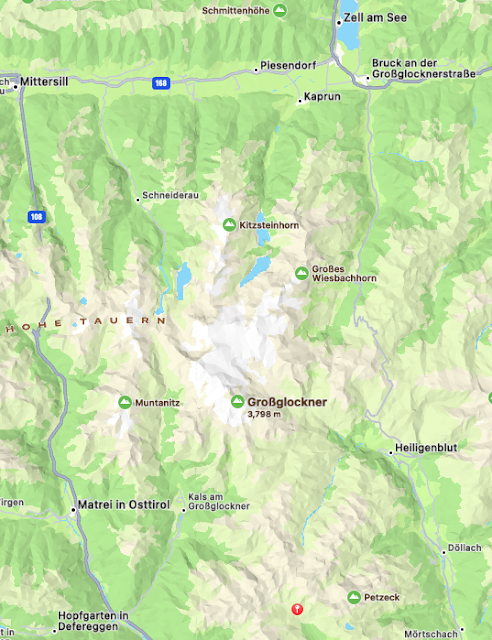 Probably the ideal months to sample the Grossglockner High Pass is either September, or April, but remember, like all alpine environments snow and blizzards can strike all year round – so it’s a gamble, but virtually traffic-free roads would be your reward.

Posted by John Crawford at 1:55 PM