WHY JAGUAR'S DAYS ARE NUMBERED by John Crawford 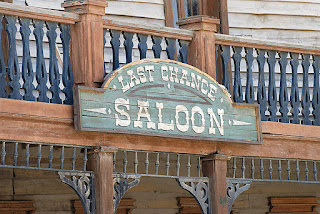 If, as I fear, Jaguar really has been shown to a table in the ‘Last Chance Saloon’ then it’s worthwhile taking you back in time, to a number of instances where I think the final proof-reading of Jaguar’s death warrant was ready for the printers.

It’s 1999, and Ford has owned Jaguar for ten years. Jaguar was in deep crap when Ford took over, and some very experienced and skilled Ford executives put their heart and soul into ‘saving’ Jaguar – most notably Bill Hayden, Nick Scheele and Jim Padilla.

Their combined efforts revitalised Jaguar bringing about massive quality improvements, and refining the many processes needed to create, design and make great cars.

So, back to the 1989 acquisition of Jaguar by Ford. It could well be described as hostile takeover, because Ford CEO Alex Trotman pursued Jaguar ruthlessly, even (so it's reported around Westminster) convincing the Secretary of State for Trade & Industry, the highly conservative Nicholas Ridley, to end Jaguar's 'Golden Share' protection from takeover.

Once that happened Jaguar's fate was sealed. It would be owned by Ford - like it or not.

A whole series of acquisitions followed, starting in 1991. Ford took full control over Aston Martin (which was also in deep crap), then in 1999 Ford pulled Lincoln out of the Ford North America division, and along with Land Rover (which it had bought from BMW in 2000), plus Volvo (which it had acquired in early 1999) and then Jaguar, leading to Ford creating the PREMIER AUTOMOTIVE GROUP (PAG) –  rolling a truly upmarket collection of impressive brands into one high end division. 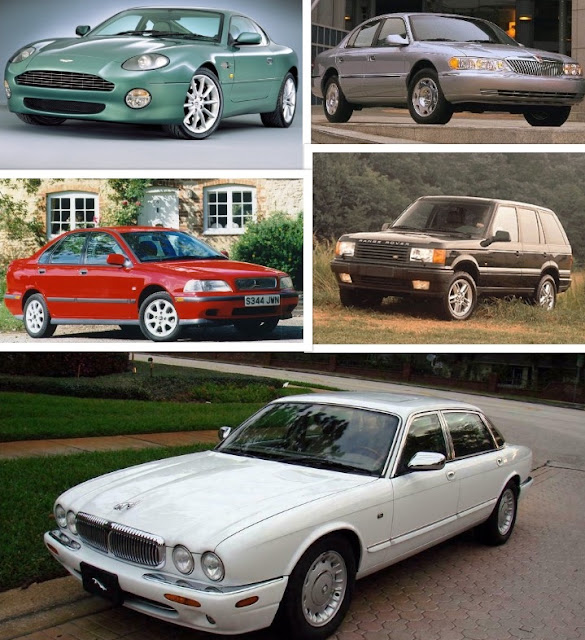 Although, as I said, some key Ford executives saw Jaguar reborn as a proper car company there had been some behind-the-scenes moves which did not help Jaguar, and I will discuss those later. 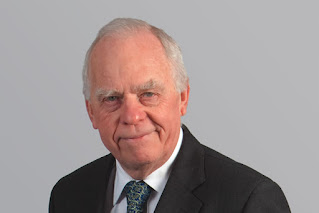 So how did Jaguar find itself a victim of Ford - its saviour? A short timeline will be helpful.

In 1984 John Egan led a successful IPO freeing Jaguar from the interference and indifference shown by BL.

In 1985, newly-privatised, it opened a new Engineering Centre in Whitley, near its Browns Lane HQ.

The most important post-Lyons Jaguar, the XJ40 was launched in 1986, but the rapid increase in production and sales revealed quality problems which caused a lot of anger from Jaguar's powerful US dealers, and this, together with a slow down in demand savaged Jaguar's previously healthy revenue flows. By 1988-1989 these issues were concerning Egan and his Board.

Jaguar was then, in 1989, again in a weakened state, due to the aforementioned drop in demand, quality problems, and foreign exchange losses. That's when Ford swooped.

Reading John Egan's book 'Saving Jaguar' reveals that whilst (initially) the efforts of Hayden, Scheele and Padilla boosted quality and sales, Ford's management was not really the saviour of Coventry's biggest employer.

The nails for Jaguar’s coffin were already being forged after Ford’s decision to hire ex-BMW executive Wolfgang Reitzle to run PAG. 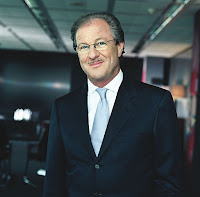 Reitzle had been fired by BMW AG’s Board in 1989, and Ford’s COO Jac Nasser figured he would be just the guy to run the new upmarket division. I seriously believe that there are no standard door frames which would allow Reitzle to get his giant ego through.

He should be admired for the string of successful BMWs he was responsible for as the number two executive in Munich, but he really does have a huge opinion of his own worth.

Ford got a taste of that on Day One, when he entered the PAG office building in Berkeley Square in London, and demanded the ceiling lights in the foyer be replaced by a chandelier (which ended up costing almost £1 million to buy and install)!

Incidentally, Reitzle spent a total of £5 million on the London offices, which Ford had to spend again to restore the rented premises back to their original state!

Reitzle’s PAG marriage lasted just three years, ending in 2002, but in that time Reitzle revealed just how little he thought of British managers, because he terminated many of Jaguar's ‘old hands’ who knew the Jaguar company and the product lines backwards. Most of the key jobs went to Land Rover or Range Rover managers – who were mostly all ex-Rover Group. Many of whom were failed German managers from the period when Land Rover was owned by BMW.

Those Land Rover managers soon made short work of getting rid of the few remaining Jaguar brand people.

After Reitzle departed Berkeley Square, a Ford 'career ladder-climber' called Mark Fields headed PAG, and during his tenure he basically ignored Jaguar. Fields was ONLY interested in anything that could help him become Ford CEO. Jaguar suffered almost complete isolation from responsible and investment-led management.

When ex-Boeing chief, Alan Mulally, was hired as Ford's CEO and President in 2006 he began dismantling PAG and selling off all the luxury marques.

This decision by Mulally ultimately helped Jaguar recover and provided yet another chance of 'survival'. That was because  in 2008 Ratan Tata bought Jaguar and Land Rover in an all-cash transaction of USD$2.3 billion from Ford in June of that year. Which was about half of what Ford Motor paid to acquire both brands. 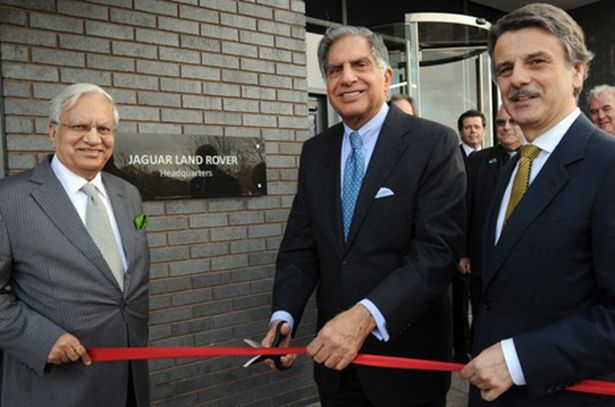 It’s been revealed to me by an impeccable source, who was an eye-witness to these hugely significant changes to Britain’s largest car and SUV producer, that at the time of Tata’s acquisition of JLR, Sir Ratan Tata tried to talk Wolfgang Reitzle into returning to run the companies, but Reitzle declined. 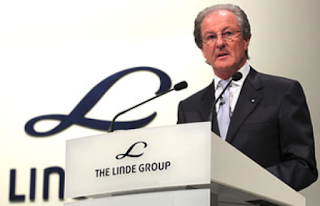 Instead, he advised Mr. Tata to hire a former German BMW colleague named Ralf Speth. Speth has been described to me as ‘Reitzle’s bagman’ – moving with him from BMW, to PAG (briefly), and then to the giant European industrial gases and engineering firm, Linde. Which is where Reitzle went after leaving PAG. 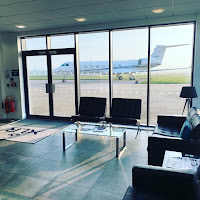 A friend who used to work at Jaguar, but moved to a new job on the tarmac at Birmingham airport’s executive jet centre, told me that on several occasions during the first months of Tata ownership, Reitzle arrived in the Linde corporate jet, and a Jaguar was waiting to take him to Jaguar HQ at Gaydon.
This was also at the time when Ralf Speth was booting as many British staff as possible, and hiring newcomers. It’s probably true to say that between them Reitzle and Speth continued the dismissals Reitzle had started when he joined PAG in 1999.

Given the close relationship between Reitzle and Speth, it wouldn’t surprise me if Reitzle  (who remember wasn’t employed by Tata), operated Speth with his hand up his back.

One of the first things Speth advised Tata to do was pull Land Rover and Jaguar together for financial synergy, thereby creating Jaguar Land Rover. There’s no doubt there were many synergies which could be exploited, and although both companies employed the brand new Ingenium petrol and diesel engines, there was no platform sharing. Neither was the any real attempt to put a cap on overheads, and cost control.

It makes me think that these smart arses in tailored suits do not know their 'real' history of Jaguar. Jaguar, traditionally, is a financially weak company. It always was, even when it was profitable. It never had strong financial foundations. The name is worth squillions; the potential is fantastic - but only to a degree.

It is possible to over-invest in Jaguar, because migrating a huge number of people from other luxury and premium marques is well nigh impossible. Whilst the brand is well known, and much loved by many, owning a Jaguar is just not for everyone.

There was a moment when that situation changed, but sadly, the outcome meant the end of Jaguar saloons with grace, pace and space - it was a whole other ballgame.

By 2012 the remaining fertile brains inside the Jaguar product planning division could see that Jaguar needed to expand into the rapidly-growing premium SUV segment, and it was Jaguar’s Director of Design, Ian Callum, who produced the stunning C-X17 concept car which debuted at the Frankfurt Auto Show in 2013. 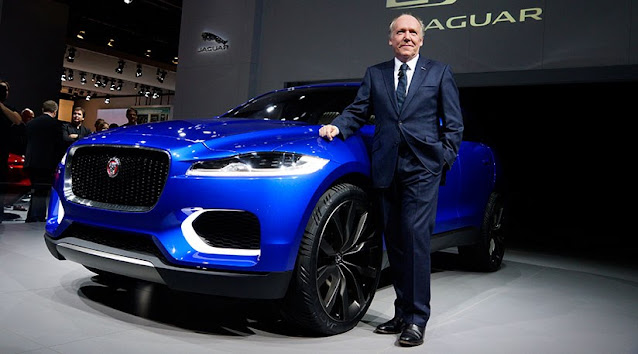 That ‘reveal’ was followed by appearances at the Dubai and Guangzhou auto shows in November 2013.

Then, a red (almost production spec) version appeared at the Brussel’s Motor Show in January 2014.

The concept was very well-received and just 12 months later Jaguar launched the F-Pace at the 2015 North American International Auto Show. From that moment confusion reigned in the minds of Jaguar enthusiasts all over the world! What’s happening here?
Our favourite British car company has gone to ‘dark side’ and produced a car surely nobody will buy?

The rest is history. The sales statistics that I’ve checked in Jaguar’s global markets, show the F-Pace, E-Pace and i-Pace quickly became the biggest sellers in Jaguar’s range. Sales of the XE and XF sedans have now slowed to just a dribble of cars, and of course the bigger, beautiful, XJ sedan is no more.

The F-type roadster and coupe did okay, but just 'okay'.

So, what’s left for Jaguar now? This is the most critical time for Jaguar in my 45 year association with the brand, and having served for almost 20 years directly helping to sustain Jaguar’s survival, I truly think it’s currently on life support, with death impending. 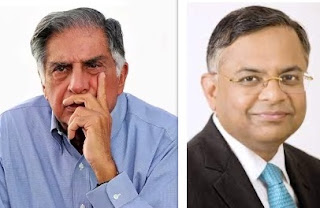 I'm certain Sir Ratan Tata, and the man who replaced him, Nataragan Chandraserekan (right), are now very busy attempting to ascertain exactly how to salvage one of Britain's most famous and much-loved car brands, before it sinks without a trace!

Who is responsible for this tragic situation when one of the most famous, and best-loved brands in the world faces an ignominious failure to survive? Well, I can tell you.

Since Sir John Egan stepped down after the sale to Ford, Jaguar’s turbulent history has become even more so thanks to a revolving door of management,  bad management decisions, and leaders with lack of vision, lack of emotional engagement with the romance of the marque, and failing to recognise that the one thing that has always sustained Jaguar is the residual affection ‘car people’ have for Sir William Lyons’ vision, energy, astute management and his brilliance at understanding his customers. And, especially the cars he launched.

Today, the Jaguar company lacks every single one of those attributes.

Interestingly, even Reitzle himself once admitted to a Jaguar Board member that: “Jaguar is like Ferrari, and just wouldn't work when combined with another brand!”

In a telling final quote, I will relay something Sir John Egan confided to me, after I told him I had read his book ‘SAVING JAGUAR’:  “John, Great to hear from you!   Glad you enjoyed the book, I now wonder how I could have had the courage to keep going against all those odds. I kept telling Ford from the start that they would never learn how to run a luxury car company.  Of course, they had no intention of ever doing that.”

Dateline: London, November 26, 2022 - Jaguar Land Rover is cutting production at its UK factories until Spring 2023, in a sign of its continuing struggle to source semi-conductors amid the global shortage.

This is code for, JLR can't afford to make any more vehicles than it can sell, and it already has a glut of unsold vehicles in the UK and global markets. In fact production of F-Pace will end, allowing more capacity for Land Rover SUVs; no more sedans or sports cars will be made; and you might as well forget about E-Pace.

Dear Reader, you'll have to wait until March 2023 to hear the next 'lame' explanation about hopes for JLR's (and mostly Jaguar's) survival.

Posted by John Crawford at 8:49 AM