When was the last time Volvo attempted to throw off the image of the boxy Swede, with safety more important than driving dynamics and ‘style’?

I think it started when British designer Peter Horbury revealed the S80 sedan in 1998.

That car sprang from Peter’s sketch pad and into the automotive world as a complete break with tradition. 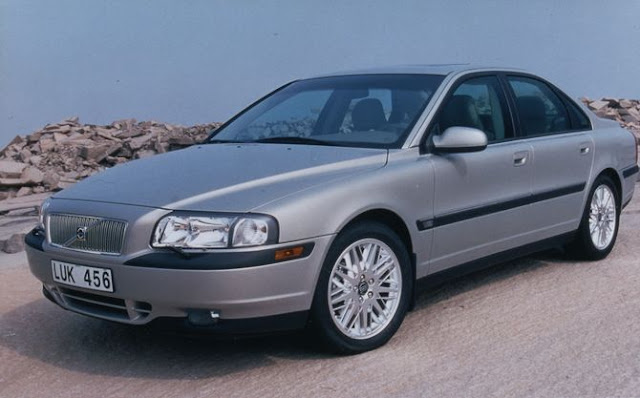 Up until then, we’d taken the boxy, slab-sided 1978 264 and the 1985 740 as the standard Volvo approach to Scandinavian efficiency married to safety.

We couldn’t expect much more from the stiff and dour Swedes – that’s just the way they thought about car design.

So, the Novocastrian, with a degree from London’s Royal College of Art was something of a shock in Gothenburg, in western Sweden, just a skimming stone’s throw across the Kattegat from Denmark.

Horbury broke with Volvo design tradition by attempting a design led by what is called ‘Nosecap’ styling, where the leading edges of the hood and front fenders end just before the grille, and they become part of the ‘front face’ using a nosecap – usually made from composite materials. 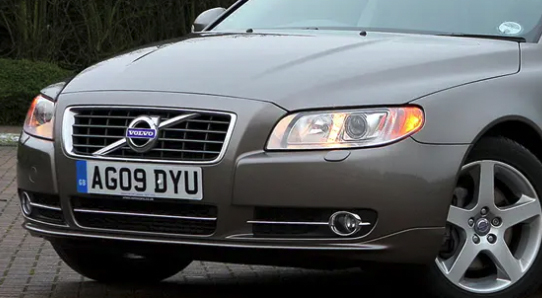 I remember this development vividly, because it coincided with my first introduction to the jovial Brit. We were on the Volvo stand at the Geneva Salon talking about design, and we walked alongside the show car when Peter muttered angrily under his breath, “For God’s sake, this is a bloody show car, they could have done better than this!”

The composite nosecap showed about as much stiffness and careful alignment with the sheet steel edges of the hood and fenders as a McDonald’s Big Mac. Peter was not impressed, so we both moved on to the Ford display to meet up with J Mays and talk about something other than nosecap styling.

Of course, the production engineers got much better at matching the composite nosecap to the steel, and the S80 was a breath of fresh air, leading the way to a design ‘freedom’ which Horbury pursued with vigour. 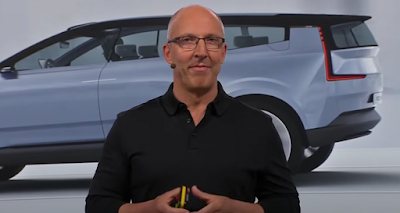 Now, in 2022, we have another talented and sophisticated Brit who is delivering yet another take, also a complete antithesis to boxy Volvos of the past.

Meet my good friend Robin Page, whom I worked with at Bentley Motors, who arrived in Sweden in 2013 to take over the post of Head of Interior Design.

Volvo pretty quickly established that his design skills were eminently suited to whole car styling, and just four years later he was named Head of Volvo Design, and charged with ushering in a dazzling new design for Volvo called, the Concept Recharge. 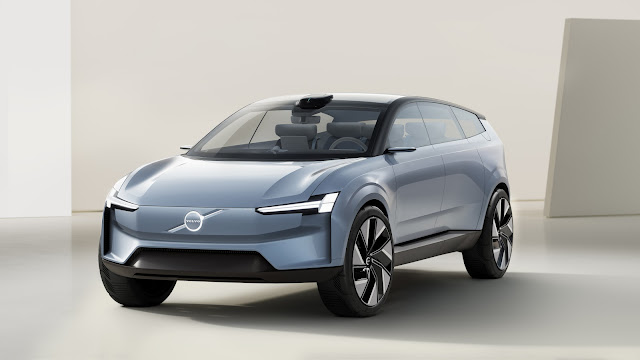 With the 2021 Concept Recharge, a pure EV, Volvo Cars demonstrates the steps it will take in all areas of pure electric car development to reduce its cars’ and its overall carbon footprint. The company plans to sell only fully electric cars by 2030 and aims to be a climate neutral and circular business by 2040.

By using sustainable materials inside the car, equipping it with tyres from recycled and renewable material, improving aerodynamics and other measures, Volvo Cars can take huge steps to reduce its carbon impact through the car itself.

According to Volvo, with Concept Recharge the company will explore the tension between the need for efficiency and the desire for the same space, convenience and driving experience as in today’s SUVs. 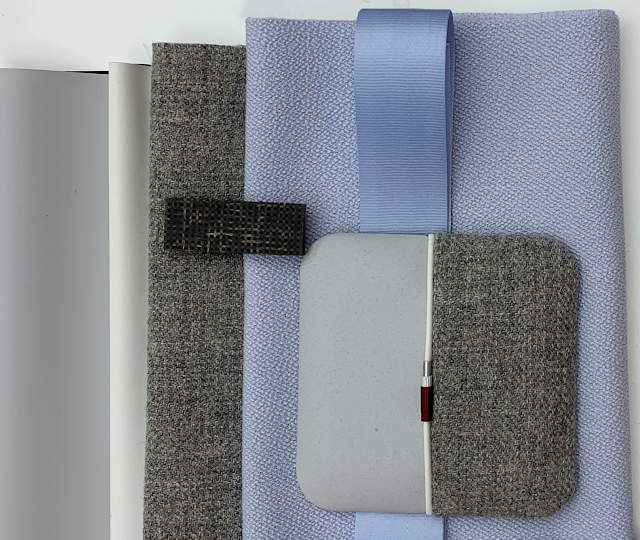 Responsibly sourced Swedish wool is transformed into fully natural breathable cloth, free from additives. This warm and soft material is used in the seat backrest and instrument panel top.

The seat backs and headrests, as well as part of the steering wheel, use a new material created by Volvo Cars called Nordico. It is a soft material made from bio-based and recycled ingredients that come from sustainable forests in Sweden and Finland, providing a CO2footprint that is 74 per cent lower than leather.

Elsewhere in the interior, including in the lower storage areas, back of the headrest and the footrest, the Concept Recharge uses a flax composite, developed by Volvo Cars in collaboration with suppliers. It uses fibres from the linseed plant, which are mixed with composites to provide a strong and lightweight, yet attractive and natural aesthetic. 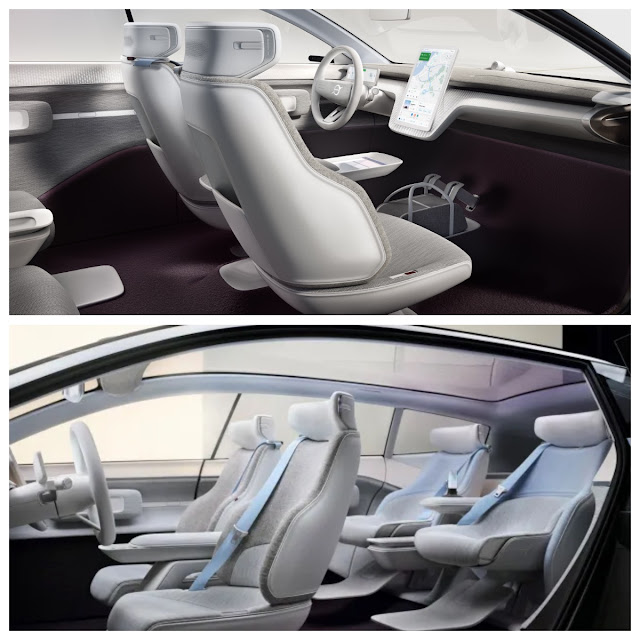 On the exterior, the front and rear bumpers as well as the sill moldings also consist of flax composite. Using a flax composite both inside and out in this way results in a significant reduction of plastics used.

However, aside from all these lofty environmental aspirations, it is the styling, the design DNA, which I find most stimulating. I don’t want to insert myself here as a design critic, but rather present the images, which I believe say a great deal about Volvo design under Robin Page. 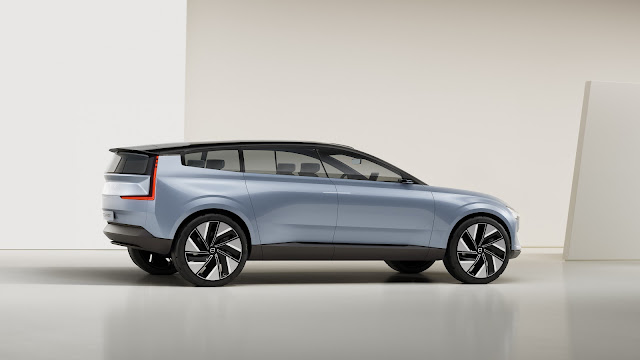 Obviously the Concept Recharge is just that, a concept. However, it informs how the company will move beyond the current range of cars, with a new EV version of its well known XC90 next off the launching pad.
Given the commercial success of the XC-40, I believe Volvo, backed by Geely's confidence in the brand's future, is poised to take a much bigger market share, as it sheds its boxy past, for a future defined by more subtle and sophisticated envelopes for the environmentally-friendly mix of materials, truly practical interior design features, and a low carbon footprint.
So Volvo is swapping its safety focus, for svelte design, courtesy of another Brit with a history of stylish lines. That's a good thing. 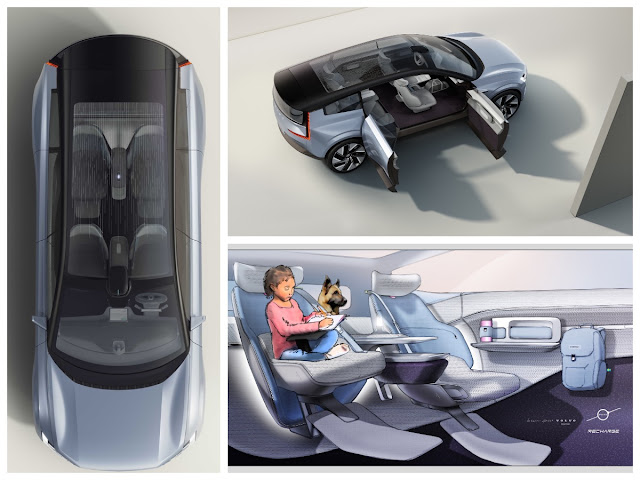