Joe is a journalist, but not just any journalist. He is, today, the most respected journalist writing about Formula One. Never mind the established names you see in various magazines, with F1 media credentials. Joe is the man!

He writes authoritatively and accurately about the sport from a unique perspective. He is a true ‘insider’, which is why many people in the teams including management and team members will talk to him.
Joe is also a rarity among journalists today. He is honest and writes with genuine integrity. I’m very proud to say that we’re friends.

I first met Joe when he came to Australia in 1986 to cover the James Hardie 1000 endurance race at Mount Panorama, Bathurst. If there’s anything I want to know about the inner workings of Formula One, I turn to Joe’s epynonomous Blog <joesaward.wordpress.com> and that’s where you’ll read about the inside of the sport, and the back story behind all the major developments. 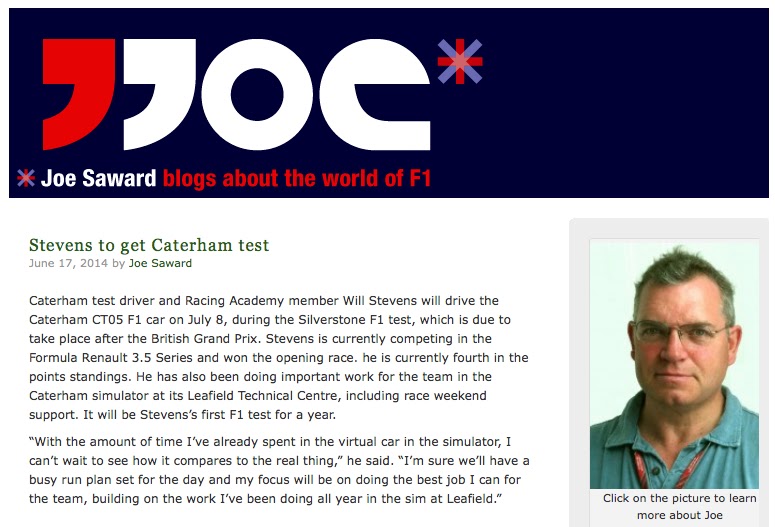 To say he’s well-connected is understatement. He knows everyone from the top down, and I mean the top. 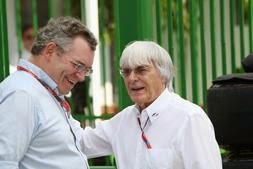 He’s good mates with Bernie Ecclestone and in fact he’s one of very few people who hold a ‘Lifetime Pass’ to every Formula One race!

Joe, started his career in journalism when he joined Autosport in 1984, and began writing about F1 in 1988, working alongside Nigel Roebuck (one of F1’s most respected writers). He was made Grand Prix Editor of Autosport and stayed with the magazine until 1993, when he wrote for F1 News magazine.

He created the Business of Motorsport newsletter and an F1 website, grandprix.com. He then started his Blog, followed by an e-magazine called GrandPrix+, which he produces in partnership with David Tremayne. Born in London in 1961, and educated at Haileybury College, he attained a degree in history from Bedford College at London University. This pushed him towards writing, and he produced a book on his great grandfather, Henry George Kendall, called The Man Who Caught Crippen, a riveting read about the apprehension of murderer Dr. Hawley Crippen, on board the SS Montrose in 1910, which was commanded by Captain Kendall.

Joe Saward has also authored other books including The World Atlas of Motor Racing, and another great yarn called Grand Prix Saboteurs – which records the story of a group of racing drivers who established a sabotage network inside France, during World War II.

There are plans for Grand Prix Saboteurs to become a movie.

Joe’s not only an interesting guy to know and talk to, because of his varied interests and depth of knowledge, but he also possesses admirable humility. When he began covering the European Formula 3 Championship in 1983, he travelled from race to race by his own means, camping in a tent at the race tracks.


He was inspired to begin his current career by his fascination with the people in Formula One, as opposed to the racing by itself. This has led to probably the most insightful coverage of the sport today. I hope he decides to do this for a while, because I very much enjoy his writings, and if you’re a fan of Formula One, I’m sure you will too.