There's a great truism associated with the massive investments car companies make in motor sport, when they decide to compete seriously:

Question: "How do you make a small fortune out of motor racing?"
Answer: "You start with a big one!"

Numbers in the multi-millions are thrown around in Formula One circles, and in lesser series the spend is often in the millions, such as when Bentley Motors competed at Le Mans for three years (2001-2003), with VW AG's chequebook behind it. 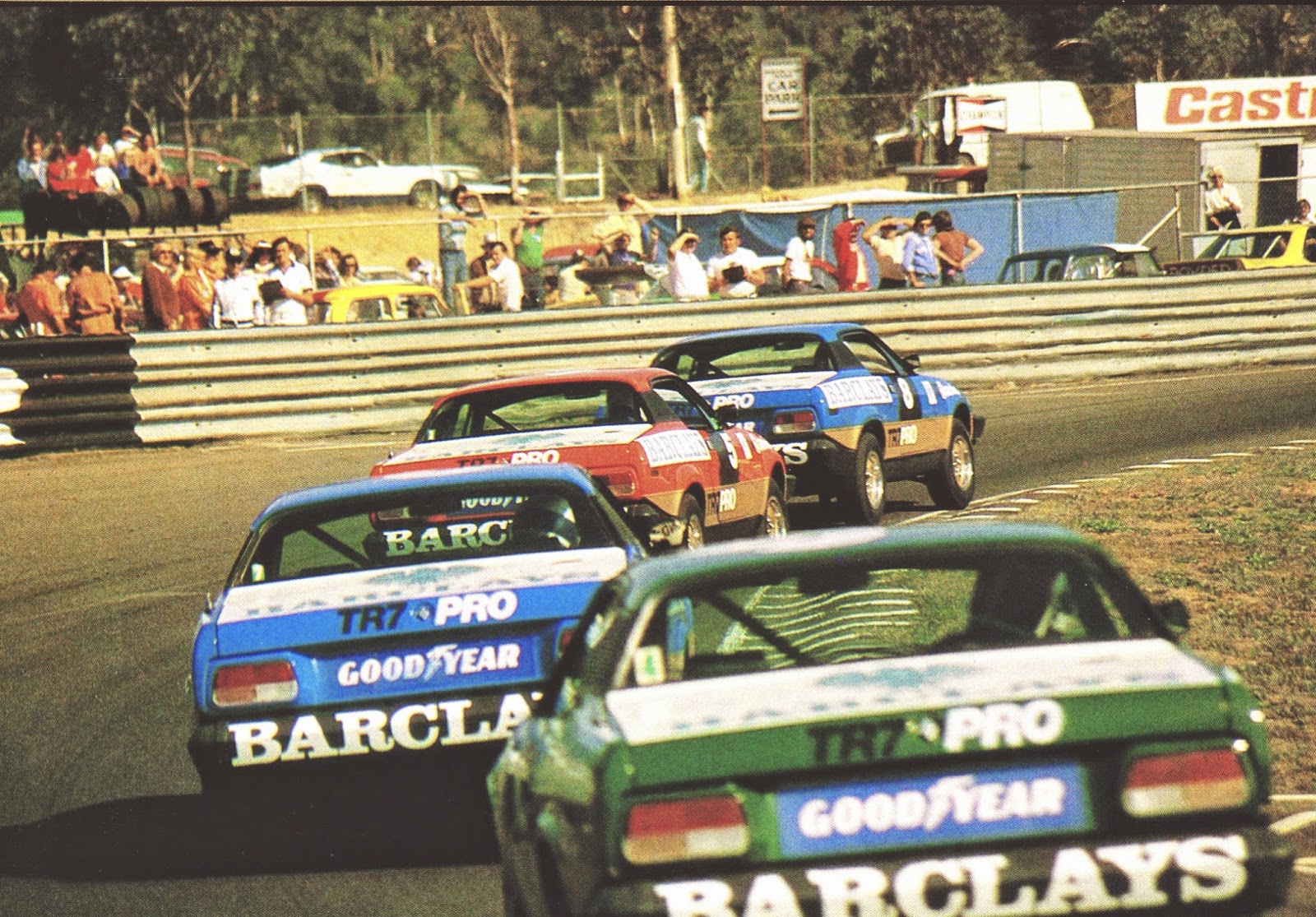 However, sometimes (if you're canny, and cynical) you can make it pay off. As a local example, in 1980-81 when Leyland Australia needed to 'create' motor sporting credentials for the Triumph TR7, the Barclays Pro Car Series resulted in the company selling out of TR7s. 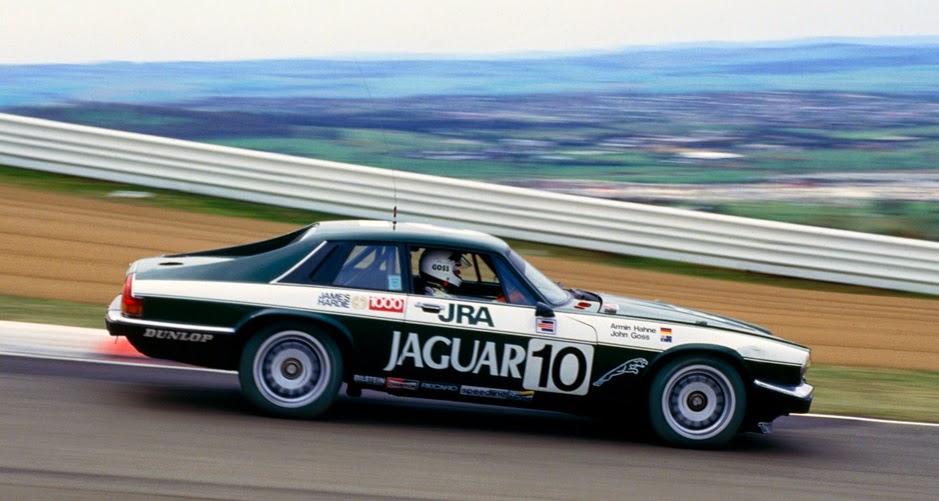 Then in 1985, when JRA (formerly Leyland Australia) needed to promote and move the slow-selling Jaguar XJ-S, it invested a million dollars in bringing Tom Walkinshaw's 3-car TWR Jaguar XJ-S team to Bathurst, and the ensuing victory resulted in selling two years worth of cars in the next twelve months!

Now, it's Bentley's turn and what a winner it has produced. I think this REALLY SMART marketing, even though I'm a former Bentley executive. With its decision to enter the Blancpain Series in Europe for GT3 race cars, Bentley Motors has released a limited edition, two-seater Continetal GT coupe, in order to capitalise on its investment in motor racing. This is the only way to get something back, or in other words an ROI (Return On Investment).

Bentley will sell every one of the 300 cars before they're built, I'm certain of that. Sure, they're expensive to build, and maybe the profit margins are slightly slimmer, but the whole exercise once again focuses the markets' minds on Bentley's glorious motor racing and competition heritage, and what that success has contributed to the notion that a Bentley is a driver's car.

Rather than re-write the press release, I have reproduced part of it, to give you some idea what what the car offers:


(Crewe, 17th June 2014) Bentley announces the rarest and most dynamic member of the esteemed Continental family of Grand Tourers with the arrival of the new Continental GT3-R. It is inspired by the new Continental GT3 race car that stormed to victory at the second round of the Blancpain Endurance Series at Silverstone, the first UK race for Bentley for 84 years. Blending proven track and road credentials, the Continental GT3-R is a highly exclusive and unique interpretation of performance-focussed luxury, limited to just 300 examples.
All 300 examples of the Continental GT3-R will be hand-built in Crewe and finished in Bentley’s Motorsport division.
Bentley engineers have developed a retuned version of Bentley’s race-proven, high performance 4.0-litre twin-turbo V8 for this new two-seater GT. Developing 580 PS (572 bhp / 426 kW) and 700 Nm of torque, together with a 100 kg weight reduction and shorter gearing, the Continental GT3-R is the fastest-accelerating Bentley ever. Capable of reaching 60 mph from a standstill in just 3.6 seconds (0-100 km/h in 3.8 secs), the GT3-R is a Grand Tourer with the performance of a racer.
Complementing the revised powertrain is a further development of Bentley’s renowned all-wheel drive system, which now features torque vectoring for the first time. Together with modified Electronic Stability Control (ESC) and a chassis tune optimised for outright cornering ability, the Continental GT3‑R is the most dynamic, responsive and involving Bentley road car ever.
Wolfgang Dürheimer, Chairman and Chief Executive of Bentley Motors, comments:


“The experience of driving a Continental GT3-R is awe-inspiring, and takes the dynamic abilities of our Grand Tourer to new heights. We were inspired to create something extremely special for the road by the performance of our Continental GT3. It is a celebration of the Bentley passion for building outstanding drivers’ cars. To be a true Bentley, the GT3-R had to be the most luxurious track-inspired Grand Tourer ever, and this car pushes our trademark combination of luxury and performance to a new level.” 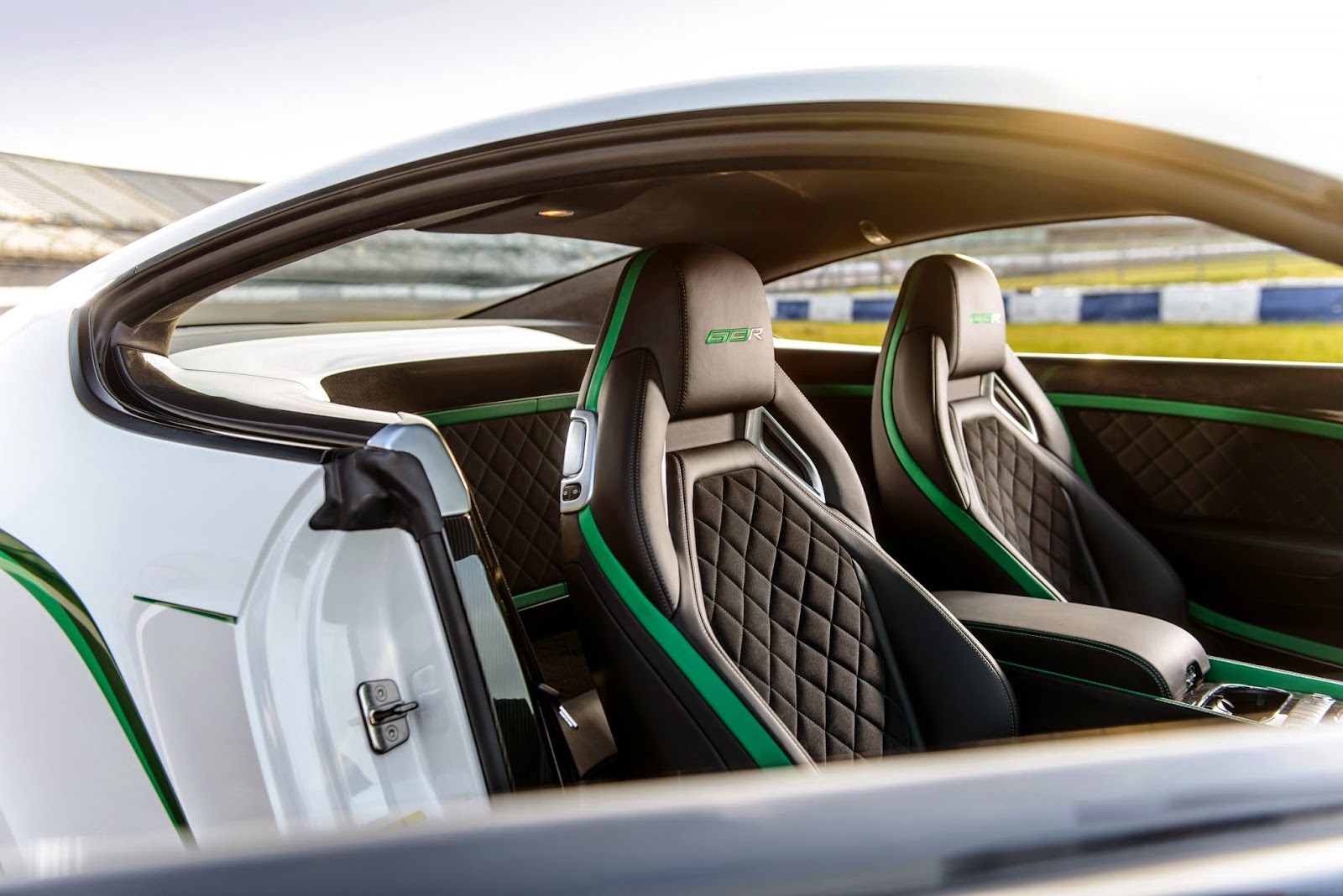 The car is deliberately designed as a two-seater, and resembles a former bespoke Continental T coupe which the company produced in 2001 specially for the Detroit Auto Show, with a leather trimmed bench behind the sports bucket seats.

Make no mistake, the roots of this car were decided on when Bentley made the decision to participate in the GT3 race series, and once again, the whole exercise is well thought-out and brilliantly executed. Well done, Bentley!

This is a smart move, even if the race car doesn't win another round, which I'm sure it will.
Posted by John Crawford at 8:21 AM