I first met Jackie Stewart at the 1976 Monaco Grand Prix, when he shoved me to the front of the media pack in the rear courtyard of the Royal Automobile Club de Monaco, so I could interview Nicki Lauda, telling the established F1 journalists: "Let the wee Australian chappie in will you. He's come a long way for the story."


has thousands of friends and business acquaintances, and I consider myself a speck on a page of his Contacts Book, but he never fails to say hello, and he's a straight-shooter, which I'm sure you know.

﻿I was accompanying my Best Man Graham Johnson on his first, and only visit to the famous Concours. Graham was in the last months of his life, suffering from terminal cancer.


We were wandering the field taking in the show, when we caught up with Jackie Stewart. My friend, Graham, was desperate to meet him so I asked Jackie if he would pose for a photo.
I had to be quick to get the photo, which doesn't accurately show how warmly Jackie greeted Graham.
At that stage Jackie knew nothing about my friend's condition, and not only stopped for a photo, but took him to one side to ask about the area of motor sport which interested him most, and they talked for more than 15 minutes about F1 and Le Mans.
I know that after attending the 2003 24 Hours of Le Mans with Team Bentley, and then meeting Jackie Stewart, and his hero Derek Bell at Pebble Beach, Graham died a happy man.


But, that's Jackie. A generous man, and an honourable one. Is it any wonder that even though he has cut back on his personal contracts, he's still valued by all those who signed him up.


My good friend, Will Hagon, heard regularly commentating motor sport events for the ABC, and one of the finest voices in broadcasting, recently drew my attention to a film starring Jackie, and made by Roman Polanski.


It's called "Weekend of a Champion" and documents the 1971 Monaco Grand Prix, won by Jackie for the Ken Tyrrell team.
Unusually, for the time, the FIA even allowed Polanski to mount a camera on the race car! 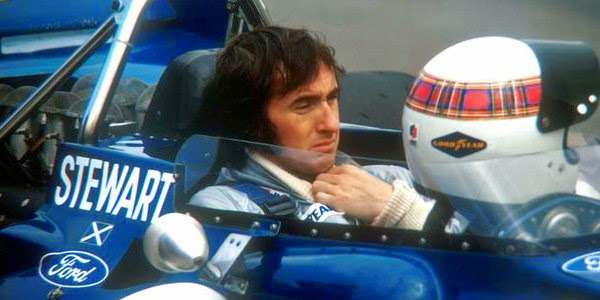 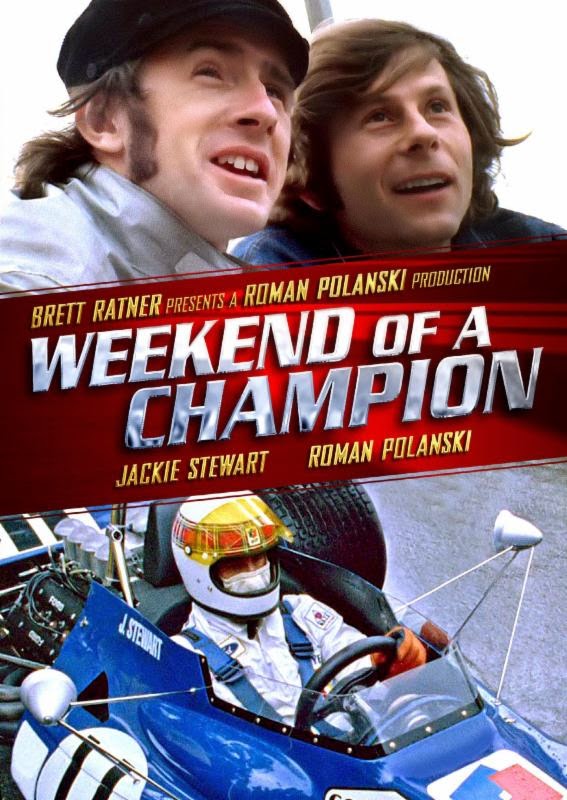 If you like F1 and racing documentaries, you'll love the intimacy in this one. Jackie and Roman's close friendship; the intimacy with the race and all the players.
The film begins Thursday before the race and includes practice in torrential rain.
Then discussion between Ken Tyrrell and Stewart over tyre choice, and even a sequence of Jackie 'coaching' his teammate Francois Cevert.
I love Monaco, it's a great circuit and these photos are some of a swag that I took in 1976, and they bring back great memories.
The shot below is taken from above the entrance to the tunnel, at Portier, after the descent from Mirabeau, and the Grand (Loewes) Hotel hairpin. 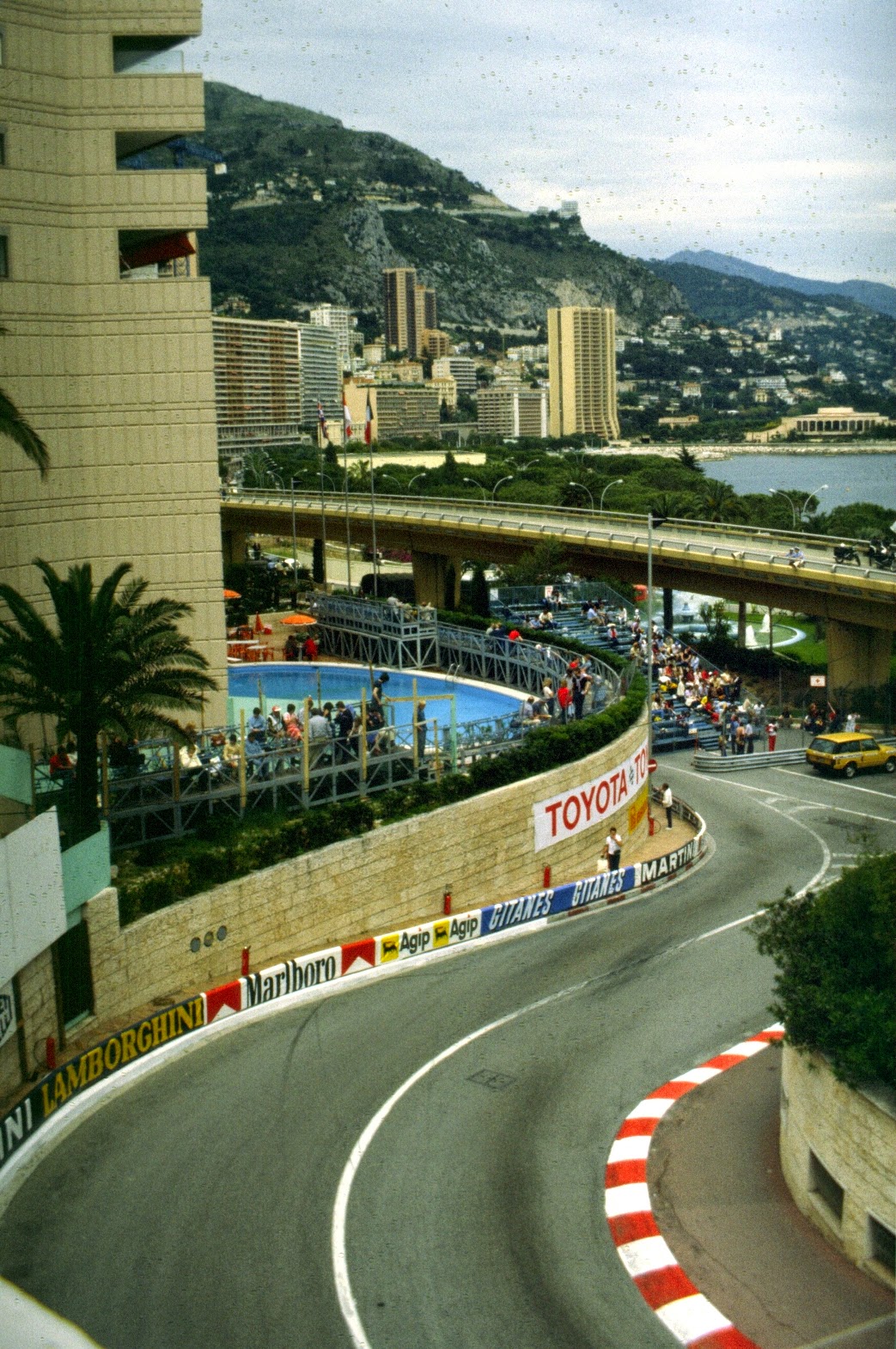 Jackie and Roman were good friends with Prince Rainier and Princess Grace, so naturally they had unprecedented access to make the film, and there are some great candid shots of Grace Kelly in the closing stages at the race celebrations.

You can buy the DVD from entertainment stores, like the ABC Shop, or you can rent or buy it on iTunes. It runs 1 hour 39 minutes, and it's a terrific docu-drama. Check it out!
Posted by John Crawford at 5:10 PM