The current Aston Martin silhouette and styling cues began in 1993 when the company was then owned by Ford. The venerable British company had been basically bumping along the bottom of the car ocean – almost buried in the silt.

At the time Ian Callum worked with Tom Walkinshaw, in Kidlington, Oxford and had been commissioned by Walkinshaw to come up with a design for Jaguar.

Walkinshaw, via his company TWR had managed all of Jaguar’s racing activities from 1984 and had brought Jaguar victory in the 24 Hours of Le Mans in 1988 and 1990.

At the same time Jaguar designer Keith Helfert was smarting from the fact that Ford had rejected his XJ41 (F-type) sports car design as being too big and too heavy. The TWR Project XX also got the thumbs down from Jaguar.

When Ford agreed that Aston Martin needed a new design direction, and the cars should appear to be more modern, it hired TWR to provide a solution.

The ever-pragmatic Callum joined Keith Helfert and between them they concocted a car, which although still based on the XJ-S, was a blend of XX and XJ-41 featuring a different ‘top hat’ design, and codenamed DB7.

This clay was then developed into the production version of the 'first' modern Aston Martin - the DB7.

From this production model onwards, the styling of Aston Martins has been in the hands of only two prominent and very talented designers – Henrik Fisker and Marek Reichman. 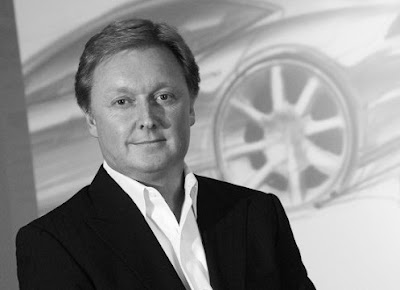 Fisker (left) was responsible for the DB9, and the Vantage V8 – both models conceived by the then Chairman of Aston Martin, Ing. Dr. Ulrich Bez.

Dr. Bez had successfully convinced Ford to sell Aston Martin, and Bez lined up financing from a wealthy American banker, and two investors from Kuwait.

The DB9 was a huge leap forward for Aston Martin as it was the first model to feature the new VH platform architecture.

Then came a DBS volante convertible.

The V8 Vantage, a strictly two-seat coupe followed, also constructed using the VH architecture, and evolved into a V12, with wicked performance potential.

Henrik Fisker left Aston Martin to start his own company, and was replaced by the very skilled Marek Reichman.

Working alongside Bez, Reichman is responsible for the successors to the DB9, and also the limited edition One-77.

Along the way Aston Martin has collaborated with Italian carrozzeria Zagato, and returned to sports car racing, although not as a factory team. 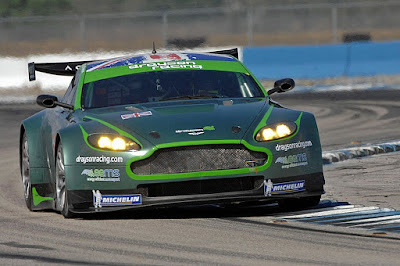 Aston Martin racing cars are purchased and prepared by privateer teams, however, they have enjoyed widespread success.

Although Dr. Bez has stepped down as Chairman, and the ownership has changed, Aston Martin continues to ride a wave of success, as opposed to bumping along the bottom.

At the Geneva Salon in March 2016, Aston Martin introduced the successor to the DB 9 – the DB 11.

The aggressively-styled coupe follows the themes established back in 1993, but includes some neat touches from Marek Reichman.

The roofline over the rear doors takes the eye across a pair of C-pillars which create a channel between them for air flowing over the roof. The airflow meets a subtle spoiler, which rises from the trunk lid to provide the necessary downforce as you extend the DB 11 to its top speed, around 320km/h!

The muscular stance of the DB 11 is evolutionary design at its very best. If you consider the design of Aston Martins to have evolved over time from neat and trim, to very aggressive with the promise of latent power, then with the DB 11 you’ve hit the jackpot.

Well done Ian, Henrik and Marek!
Posted by John Crawford at 11:47 AM