AFGHANISTAN - THE REALITY AND THE SAD TRUTH by John Crawford

Once again we are standing on the edge of another precipice above the state of conflict known as Afghanistan. The Americans will be out in September, and believe me, the Taliban will be back in before the door swings shut on the last US soldier to leave.

The sad truth is, the Taliban never left, it was just that the coalition forces did manage to subdue the tribes for a while with massive bombardments, and attacks on fortified refuges. But, every village has a few Taliban among the populace, so consequently Taliban ‘ideas’ permeate all social levels.

I spent three days in Afghanistan during the 1977 Singapore Airlines London-to-Sydney Car Rally, crossing the country from its third largest city, Herat, to the capital Kabul, via the second-largest city, Kandahar, along the Trans-Asia Highway, which in 1977 was the country’s only continuously-paved highway – a distance close to 3000km.

I found it a fascinating country filled with contrasts – both in culture and topography.

Afghanistan’s history from 500BC to today has been simply a mix of wars, tribal conflicts, over-riding hordes of invaders, right up to the modern Russian intervention.

Interestingly though, all the conquerors were beaten in the end – none ever really triumphed over the tribes and the territory. The land is rugged, rough, mountainous and presents very difficult conditions to fight in – which always suited the Afghanis more than those who tried to subjugate them.

Persian Pashto (Afghanistan) as a ‘modern’ state has only existed since 1747.

Alexander The Great and his Macedonian army conquered the country in 330BC and ever since the country has become a brewing ground for wars – either by attacks from external forces, or internal troubles, it has been made up of many ‘empires’ including GrecoBactrians, Kushans, Hephthalites, Saffarids, Samanids, Ghaznavids, Ghorids, Khaljis, Timurids, Mughals, Hotakis and Durranis.

Since 330BC many and various ‘power plays’ have controlled the country, and by our modern standards Afghanistan “has never known long-lasting peace”.

Unfortunately for the Afghan people the country was seen as a ‘gateway to India’; being a vital part of ‘The Silk Road’; and it sat on many important trade and migration routes. It’s long been called the ‘Central Asian Roundabout’ with converging routes from the Middle East, the Indus Valley, through passes over the Hindu Kush from the Far East, and linking to the Eurasian Steppes.

The British attempt to control tribal fighting resulted in the ‘line of partition’, which solved nothing, and merely increased tribal tensions because the arbitrary line divided not only many tribal dynasties, but in many cases whole families. 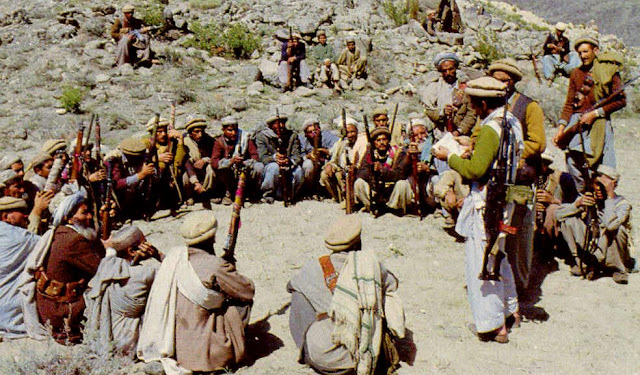 The Afghans spend most of their time fighting each other – the Taliban involvement is just an inter-tribal conflict between secular and Islamist groups, which the West has no role in whatsoever. Once Western forces depart, Afghanistan will simply revert to what it has been doing since 330BC.

There is no ‘saving Afghanistan’ from itself. Trying to control tribes like the Pashtuns, Tajiks, Hazaras, Uzbeks, Turkmen, Aimak, Pashayi, Baloch, Pamiris and the Nuristanis is a thankless task, and today Afghanistan’s people won’t give any outsiders ‘thanks for helping them’.

The ‘Endless War’ has simply poured money and munitions into a country controlled by tribal warlords and made many of them rich at the West’s expense. It has solved nothing – and never will.

Conflict in Afghanistan is like many of the battles in the Middle East – it’s not a war of weapons, but a war of ideas. You can kill as many people as you like, but it’s almost impossible to kill ‘ideas’. 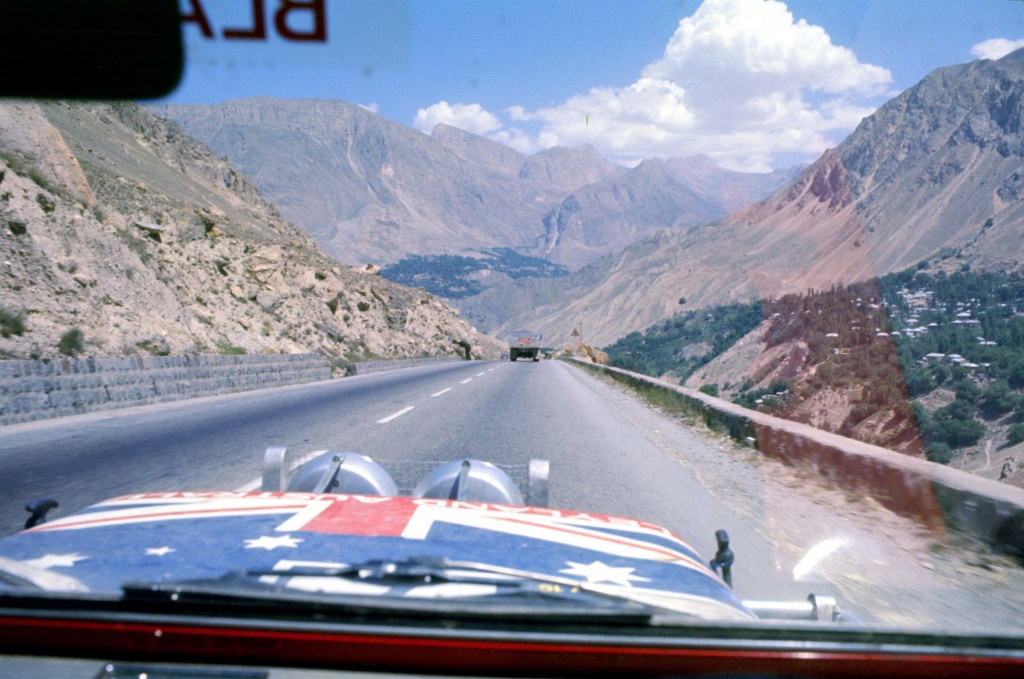 During our three days crossing the country, and because of my pathological curiosity about ‘everything’, I sought out as many different Afghanis as I could, to ask them about the country and how it’s ruled.

Broadly, the common answer was, “It’s got nothing to do with anyone else”.

So, sadly, when the coalition forces leave, Afghanistan will fall back into the fight between its more secular citizens, and the hard-line, extreme Islamist Taliban.

Posted by John Crawford at 9:56 AM