It’s like ‘old home week’ around here. First up, an all-too-brief drive experience in a magnificent Bentley Continental GT V8 coupe; and then a turn in the latest Jaguar F-type R coupe – this drive made extra-special, thanks to the supercharged 5L V8.

Where I waxed poetically about the significant design refinements on the Bentley by Stefan Sielaff, the subtle changes to the Jaguar F-type seem almost to defy comparison with the car it replaces.

However, Jaguar’s Design Chief, Julian Thompson, and exterior design manager Adam Hatton, have executed what all good designers do best – effect change you almost don’t notice, but once acquainted with the details, they flag the skill and talent of people who create an art form in metal.

There’s no point in trying to be clever by ‘playing’ with words on the subject of design changes. So, let’s cut to the chase and I’ll just quote the text from the press release.

When highlighted, that description says it all, the changes are symbiotic with the image of the original F-type penned by my legendary friend, Ian Callum.

In the almost 20 years I was associated with Jaguar, we always used to say that Jaguar styling should “reflect the car as being fast, when simply standing still.” 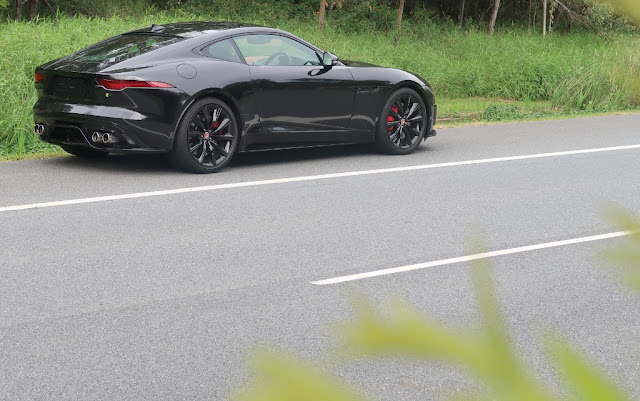 This new F-type coupe superbly reflects that epithet, in so many ways.

Now, to a more serious tone. Sales. Pre-pandemic Jaguar sales demographics had split dramatically – cars were ‘on the nose’ and Crossovers were taking the lion’s share. The JLR Board dived into a massive cost-cutting program, gutting funds for some planned programs, using pencils instead of biros, and perhaps even placing limits on toilet paper usage!

Despite my desultory comments, the program appears to have paid off, because by the time the pandemic’s effect was felt across the entire auto industry, JLR was in a much better position to parry the changed financial conditions.

So, here we have the facelifted F-type, together with a large number of under-the-skin changes which have had a profound effect on the cars’ dynamics.

Matched to new springs and anti-roll bars, the chassis is further enhanced by the continuously-variable dampers. The valves inside each damper, and the control algorithms have been recalibrated to improve both low-speed comfort and high-speed control.

The rear knuckles are now aluminium die castings, which, together with new, larger wheel bearings and revised upper ball joints increase camber and toe stiffness by 37 per cent and 41 per cent respectively. This results in more precise control of the tyre contact patch, which translates to an even more connected steering feel. 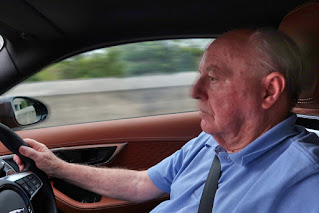 These unseen changes in mechanicals produce a car which is instantly more responsive at high speeds, and introduces greater confidence at the steering wheel.
However once the boot spoiler deploys at 113km/h, you almost get an instant visualisation that you’re at a track day, dicing with your sport-friendly competitors.

What more can you demand of a performance-focussed classic sports car?

I think I’ve said enough. Nothing I can add to this text can change the reality that Jaguar, as a widely-acknowledged and iconic sports car specialist, can produce in this year of 2021, such an accomplished and satisfying example of the breed.

The all-wheel-drive F Type R is very surefooted and responsive, but I am not happy about the level of tyre roar from the Pirelli P-Zeros.

Of course, selecting Dynamic Mode, or by pressing the switchable exhaust button before starting the engine, ensures the distinctive crackle and pop on the overrun which is synonymous with F-TYPE – with the sounds meticulously tuned to suit the distinctive character of each model.  That goes some way to eliminating focus on tyre noise, whilst upping the ‘fun factor’.

Wisely, JLR ditched the full-size spare wheel. On a test drive out of Boston Logan airport to Cape Cod some years ago, my wife and I struggled to accommodate two 62cm rollaway bags, plus our hand baggage – one of which she was forced to nurse on her lap until we arrived at our accommodation. 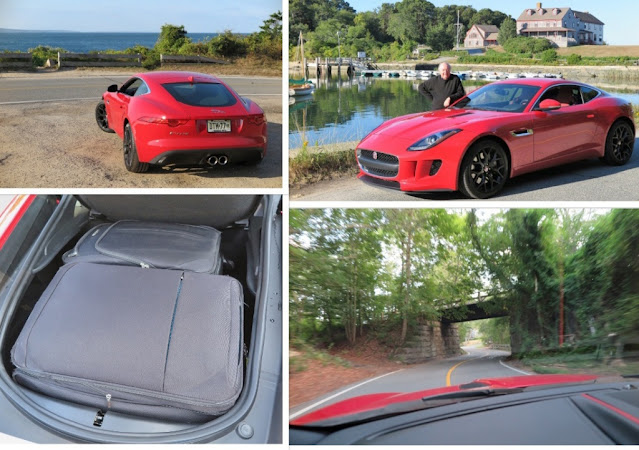 This is one instance where automotive art and practicality did not form a harmonious bond.

However, on Cape Cod’s wonderful driving roads the F-type coupe was a sheer delight and although I would have liked Jaguar’s new generation sports cars to be somewhat lighter, nimbler and perhaps more basic, I can easily understand that at this level of the market, customers want all the bells-and-whistles and that increases complexity, weight, function-overload and of course, price.

And of course, you couldn’t build a simple sports car like the XK-120 today, because modern legislation, regulatory standards for crash safety, pedestrian protection, side intrusion and crumple zones render that idea unrealistic.

On the flowing, undulating roads I use to sample high speed handling, the F-type was a heady pleasure – superbly responsive, flat in its stance and perfectly poised.

The car you see here starts at AUD$262,936, however with quite useful and pleasure-packed options, the price (before on-road costs) is AUD$272,849. 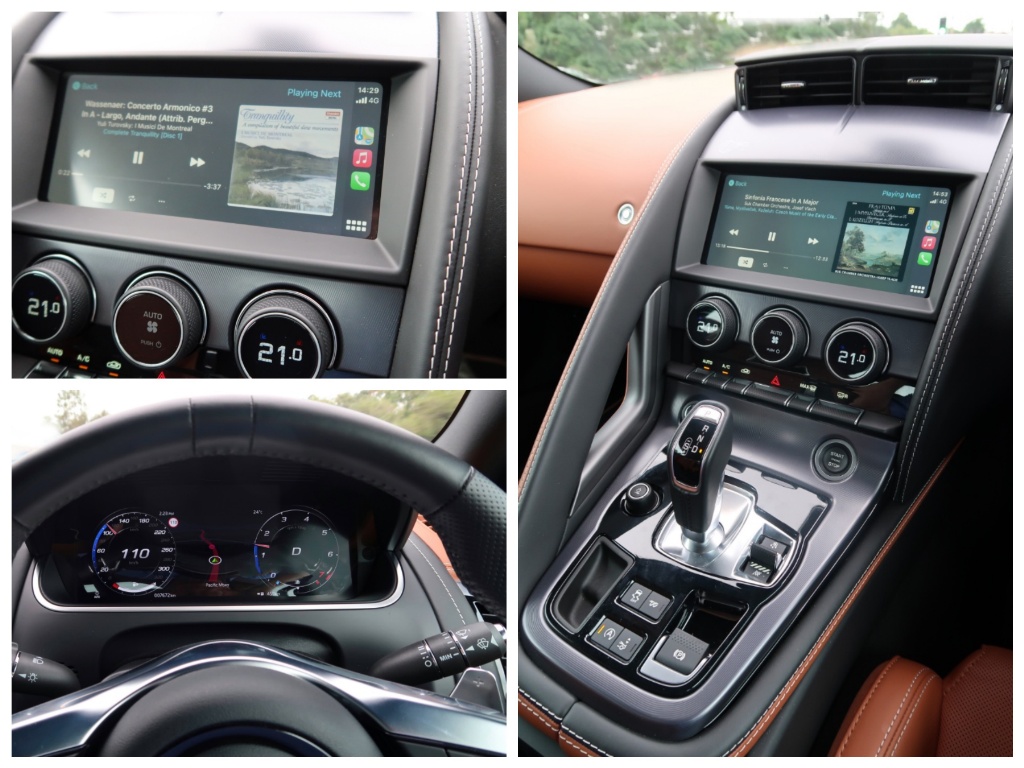 So, if I judged the AUD$570,000 Bentley Continental GT V8 as a ‘Gold Standard’, then the F-type R is a fantastic bargain for the joy and driving pleasure it delivers.