GETTING TO THE GRITTI NITTI by John Crawford

As the possibilities of further global travel diminish, I am looking back over memorable experiences in exotic locations, and perhaps one of the most memorable was test driving the new Bentley Continental Flying Spur saloon in, of all places, Venezia, in 2005.

Exactly how do you sample a car in the city of canals you ask? Quite simple, you take a vaporetto to the ‘Motoscafo’ at Venice airport, and there in the parking lot is a line-up of Continental Flying Spurs. From there, it’s up into the foothills of the Italian Alps for a day’s challenging driving. 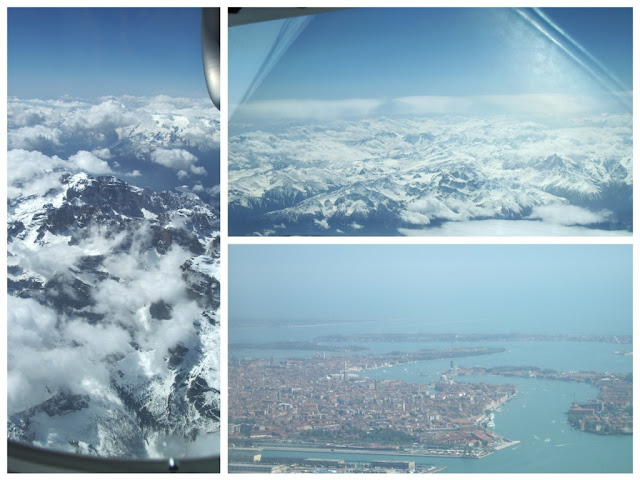 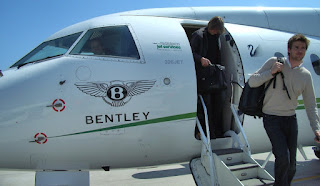 Taking off from RAF Brize Norton, home of the Queen’s Flight, it’s just under two hours before we are flying over the French and Italian Alps, and about to land at Venice’s Marco Polo airport.

Stepping off the chartered Dornier 328, we take to the vaporetti for a scenic ride along the Canale Grande to the famous Gritti Hotel. The Palazzo Pisani Gritti was built in the 16th century and became a hotel in 1895 – and is now part of Marriott’s Luxury Collection. 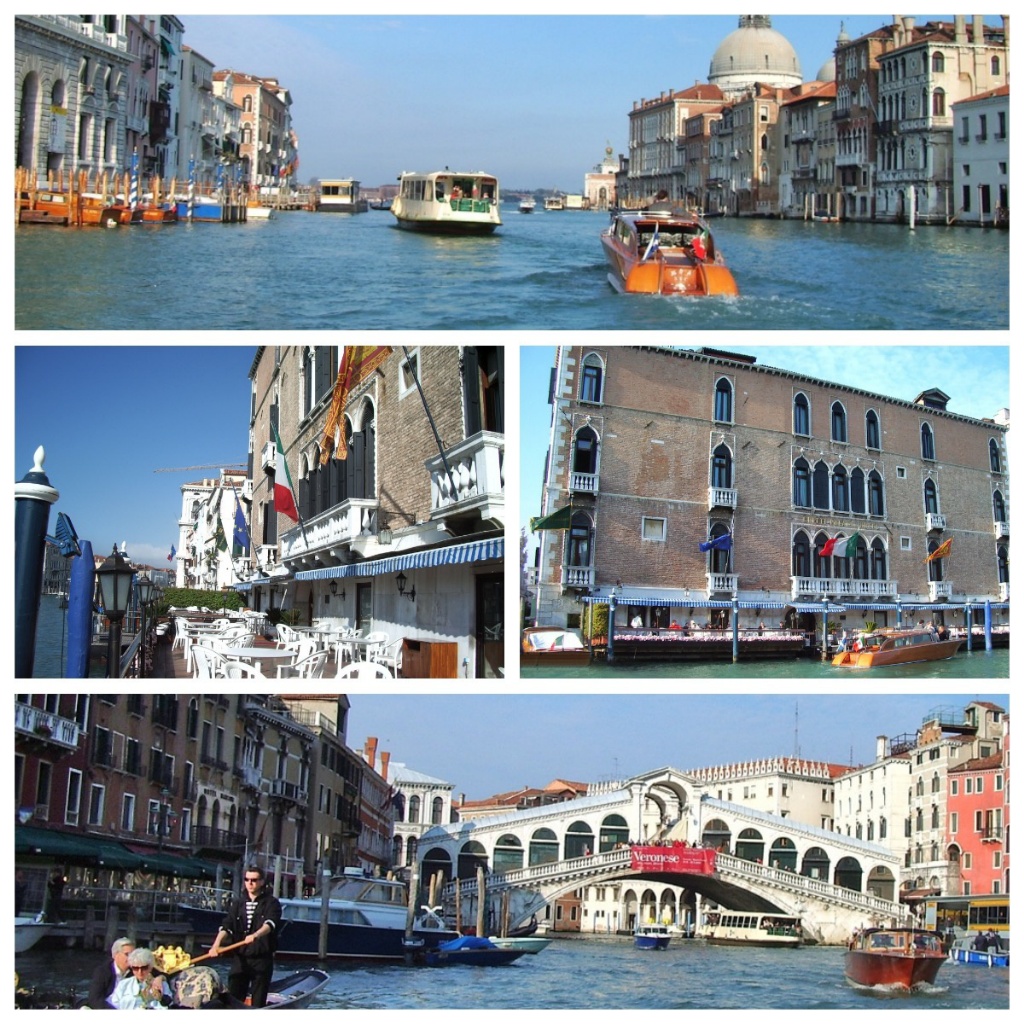 Now, usually, as I am ‘staff’ I often get assigned a room either under the stairs, at the back of the building, or in some cheap motel three kilometres away – but this time I was lucky to score, not a room, but a salon on the second floor, looking out on the Canale Grande from my room.

Of course, the media group which I am hosting doesn’t get to stay long in this combination of sumptuous comfort and fading luxury (usually just one night), but this time the next pickup by the chartered jet is delayed a day due to bad weather in Frankfurt, so we get another night at The Gritti. The price the journalists have to pay is yet another serious lunch with Bentley executives, spelling out the glories of the Flying Spur and what it will do for Bentley. 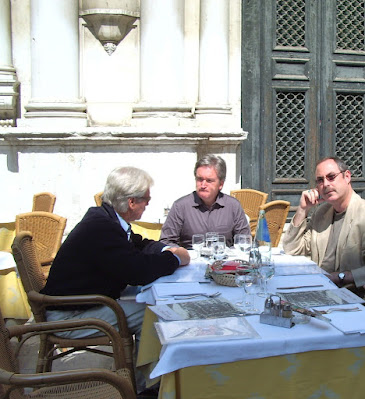 Here’s a shot of two of my best media mates, Howard Walker (L) and Paul Eisenstein (R) with the then Board Director for Sales & Marketing Adrian Hallmark.

Coincidentally, after a stellar career in various global divisions of the Volkswagen Group, he has returned to Crewe as Chairman of the Bentley Board – and a better choice to lead Bentley I could not have imagined. 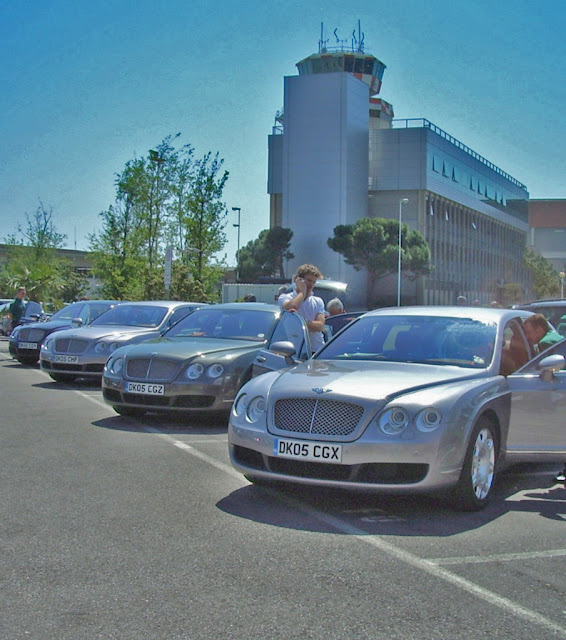 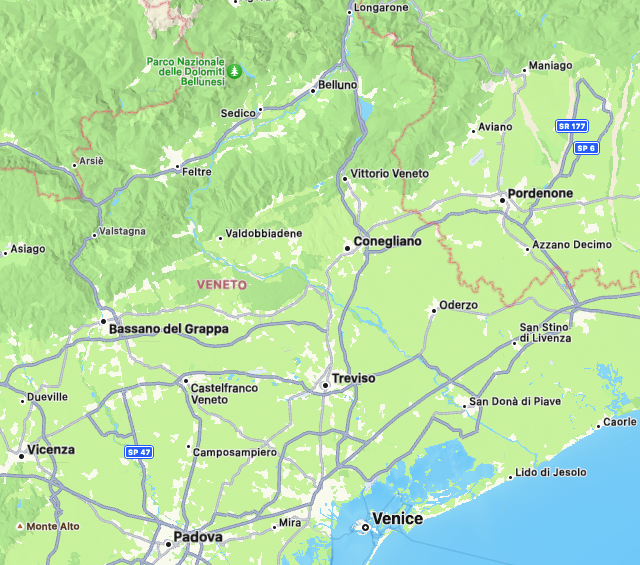 Back to the driving phase. We depart Marco Polo airport east via Autostrada heading for Pordenone, then a little loop up around Spilimbergo, to a coffee stop in Pordenone.

Then a great drive along SR 251, with a stop for lunch in Longarone. We then headed south on the A27 Autostrada, bypassing Conegliano and Treviso to return to the comfort of the Gritti for another night. 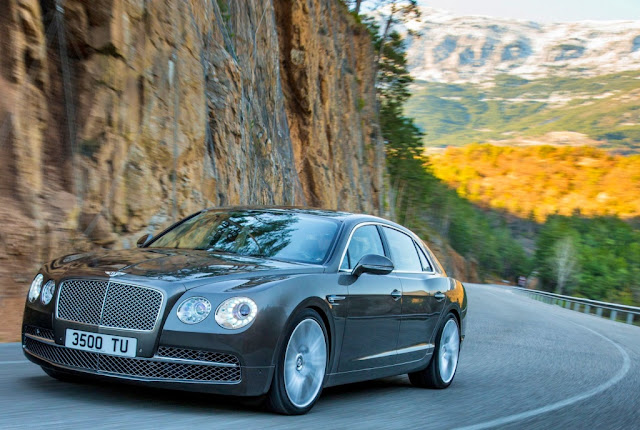 We strolled off for dinner at a tiny restaurant called San Marco, on Calle dei Fabbri – just a stone’s throw from Piazza San Marco. 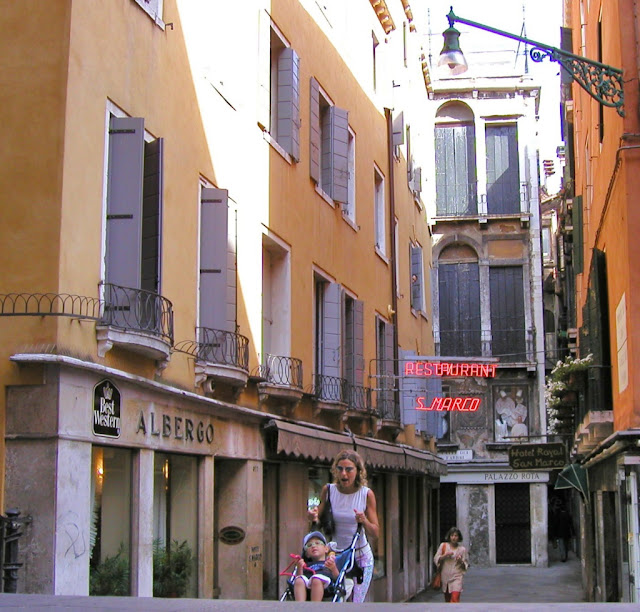 This restaurant is attached to a comfortable little three star hotel, but the chef had been in residence 22 years and the food was always fabulous, and cheap! No need for five-star dining two nights in a row, much nicer with simple regional dishes served by the chef himself, directly from the kitchen.

Scooting around the base of Dolomites in a Bentley; two nights at the famed Gritti Palace Hotel; then a smooth chartered flight back to Heathrow and home to Detroit. Not a bad way to spend a couple of days in Italy!

The first thing I did back in the office was to dash of a note of compliments to my mate, Raoul Pires, who designed the exteriors for the Continental GT, and the Flying Spur, telling him how much the American journalists enjoyed the car. That put a smile on his face. 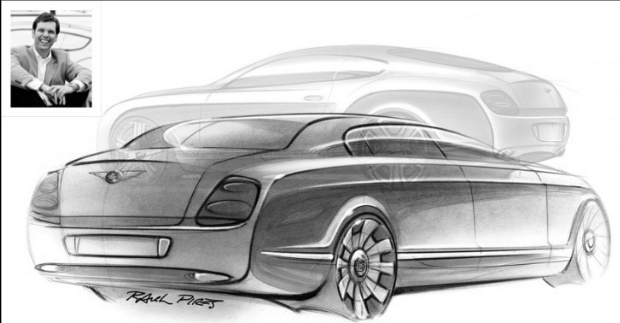