Over my 30 year career as an automotive public relations executive I’ve met a LOT of media people all over the world – some memorable, others not so much. I have been very fortunate to form great friendships with quite a lot – and our relationships have spanned many years. 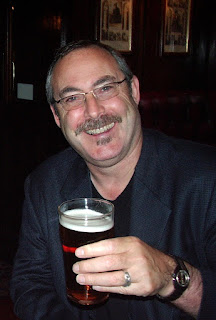 One such is my very good friend from Detroit, Michigan – Paul Eisenstein, whom I would happily describe as a renaissance man. He started out as a photographer, a skill he would build on, creating beautiful and artful images. However, he’s also a keen kayaker, and spends a lot of time in the outdoors in northern Michigan – that is when he’s not flying around the USA or the world covering the automotive beat for The Detroit Bureau.

Paul started in the 1970s in broadcast mediums of television and radio, then moved into print journalism, via a contract with National Public Radio (NPR). However, when NPR said they wanted him to cover other subjects, but definitely not the automotive sector, he quit.

He had by this time earned fame as a straight shooter, with an abundance of both hard line and sympathetic car reviews, as well as interviews with the big-time suits in Detroit, and Europe.

He decided to start THE DETROIT BUREAU in 1979 and it has become one of his strongest passions. As publisher and editor he leads a great team covering a wide variety of subjects and new technologies. As an automotive website it is right up there in the top echelon, and he has smoothly transitioned from covering conventional cars to all the new kids on the block, like EVs.

I’m delighted to welcome Paul to DRIVING & LIFE as our newest contributor. I value his opinions - and his skill as a writer complements his ‘eye for a story’. He is also very adept in picking apart PR bullshit.

I have accompanied Paul on many media events when I was PR Director for Bentley Motors North America. He was invited because of the reach and coverage of The Detroit Bureau, but also because I truly enjoy his company.

We connect on the same wavelength in our personal rapport, and have shared some great experiences during new Bentley launches and meeting up at places like Pebble Beach Concours, etc.

One of our most interesting events was when Paul, and another good friend, Howard Walker (L), joined Bentley's Chairman, Adrian Hallmark, in Venice to launch the Continental Flying Spur saloon.

Probably the most fun, was when Bentley Motors decided, in 2005, to celebrate an event in Bentley’s colourful history, called The Blue Train Race.

I was able to invite Paul, and then Editor of Road & Track magazine, Thom Bryant (who sadly passed away in 2020) to join a small group of journalists and Bentley management in Cannes. 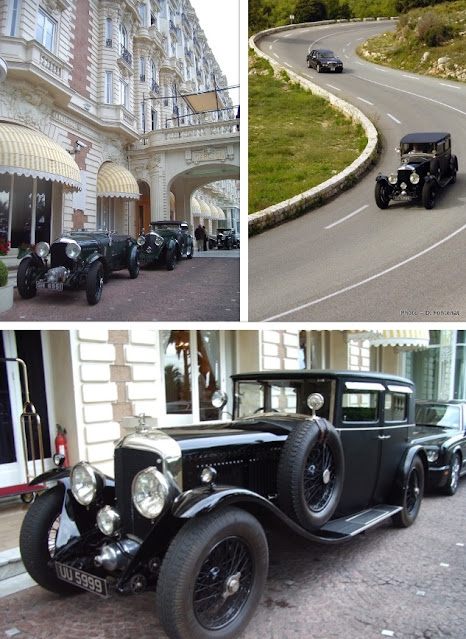 We would be retracing the route of a famous race in 1930, undertaken by the then Chairman of Bentley Motors, Woolf Barnato.

Barnato wagered he could beat France’s famous ‘Le Train Bleu’ by driving his ‘company car’ (an 8 litre Bentley Mulliner saloon - bottom) from Cannes all the way to his Club in London before the train reached its terminus in Calais.

He did, and he won the wager. Rather than re-tell the story of the Blue Train Celebration run, here’s a link to the Post.

What made the celebration run even more special is that both the historic Bentleys connected to the original race were brought along to run with modern Bentleys, allowing our guests to sample the 1930 cars, alongside a number of 2005 Bentley Arnage sedans. Both the historic Bentleys are owned by US entrepreneur and Bentley enthusiast Bruce McCaw of Seattle.

So welcome Paul. What have you got for us?

Posted by John Crawford at 2:44 PM