AKIO TOYODA - THE SMARTEST GUY IN THE ROOM by John Crawford

Of all the world’s carmakers I believe the only one which has read the tea leaves of reducing vehicle carbon emissions correctly is Toyota. 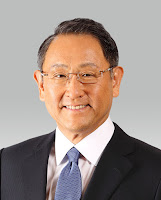 Akio Toyoda put his wisdom on display at the US Toyota Dealers Annual Meeting in Las Vegas when he told his audience that the targets for banning ICE cars and going all-electric are ‘media driven’ and will be very difficult to reach – at least as easily as environmentalists, governments, activists and the community would like. 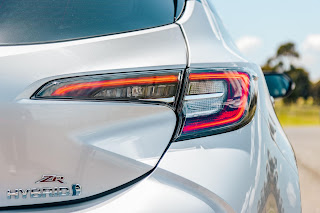 He repeated a phrase which I have used many times on DRIVING & LIFE, and that is that at present, Hybrids are the best step forward. Now that may seem self-serving, but he’s right.

A report in Automotive News, quoting Mr. Toyoda said: “Because Toyota is a global car-maker serving 200 countries, the company must take into account the wide variety of conditions in those various markets, including the needs of the one-billion-plus people who don’t have reliable access to electricity.”

He also said: “In the short term, hybrids may provide the greatest good,” noting that Toyota can produce eight plug-in hybrids with 65km of electric range for every 515km battery-electric vehicle and save up to eight times the carbon emitted into the atmosphere.

His remarks also included the observation that realistically-speaking, it would seem very difficult for the USA to really achieve a national goal of 50% zero-emission vehicles by 2030.

Akio Toyoda has outstanding credentials to be taken very seriously. He’s a young, energetic, credible and smart CEO at the top of the world’s most successful, and biggest, carmaker.

However, he tempers his wisdom with all-out enthusiasm for rally and race cars, so he can enjoy the fruits of his company’s skills.