ROVER’S SD1 was such a significant departure from past Rovers, that the ‘play-it-safe’ pedestrian mechanical specification polarised opinions for years.

It had none of the brave design and engineering of the original Rover 2000, and you could be forgiven for thinking that Austin-Rover raided a parts bin to cobble up a flagship for the 74 year old Rover company.

Launched in 1978, it nonetheless sold 330,000 cars over ten years, an average of 30,000 per year, which would classify it as a commercial success. But, when it was time to replace it, the winds of change had swept through Austin-Rover. 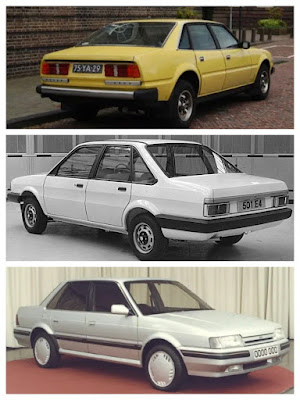 Creating a new, mid-size luxury car was an expensive project, especially when Austin-Rover was haemorrhaging cash, and its only source of funding was its owner – the British government.

The SD1 had wittered away its market share to its competitors, and the best idea the Austin-Rover planners could come up, given the paucity of funds, was a choice of an SD1 sedan, or a stretched version of the Montego!

A few early studies were done to see if the Montego could be stretched in length and width to arrive at an ‘economical’ SD1 successor, and the final attempt to be seen by management was a model called the AR17. 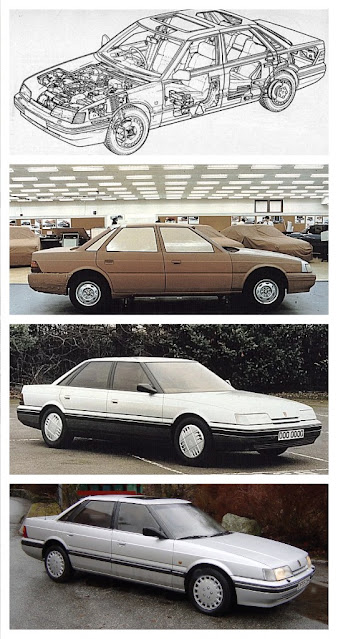 In 1981, designer Gordon Sked, with encouragement from Austin-Rover’s senior management proposed that (following the successful Honda Ballade-Triumph Acclaim JV) the company talk with Honda about another JV. The rest is history. Honda wanted such a car, and it realised the excellent economics of producing a joint design with its British partner. Discussions began in September 1981.

The Rover XX and Honda Legend were to be identical ‘under-the skin’, so Austin-Rover design boss Roy Axe, and Gordon Sked, created the first concepts.

Rather than a five-door, the Rover XX would be a regular four-door saloon, but the economies ensured that the British car was replete with wood and leather, premium appointments, and excellent performance thanks to Honda’s 2.5L transverse V6.

In June 1986 I hosted a large contingent of Australian motoring writers on a trip to the UK. It was absolutely imperative at the time, because sales of the Rover 3500 were going south, very quickly.

However, the trip was an absolute success, and in terms of our expectation ticked all the boxes. Even the flight to London in BA’s excellent 747 Business Class was incident free, and everyone agreed the menus and meal presentation were first class.

On arrival we were immediately airlifted to Newcastle followed by a quick road trip to one of the most beautiful country house hotels I had experienced. Linden Hall was a gem, and set just the right mood for the launch of a thoroughly-British (well, maybe not thoroughly) medium-sized luxury saloon. 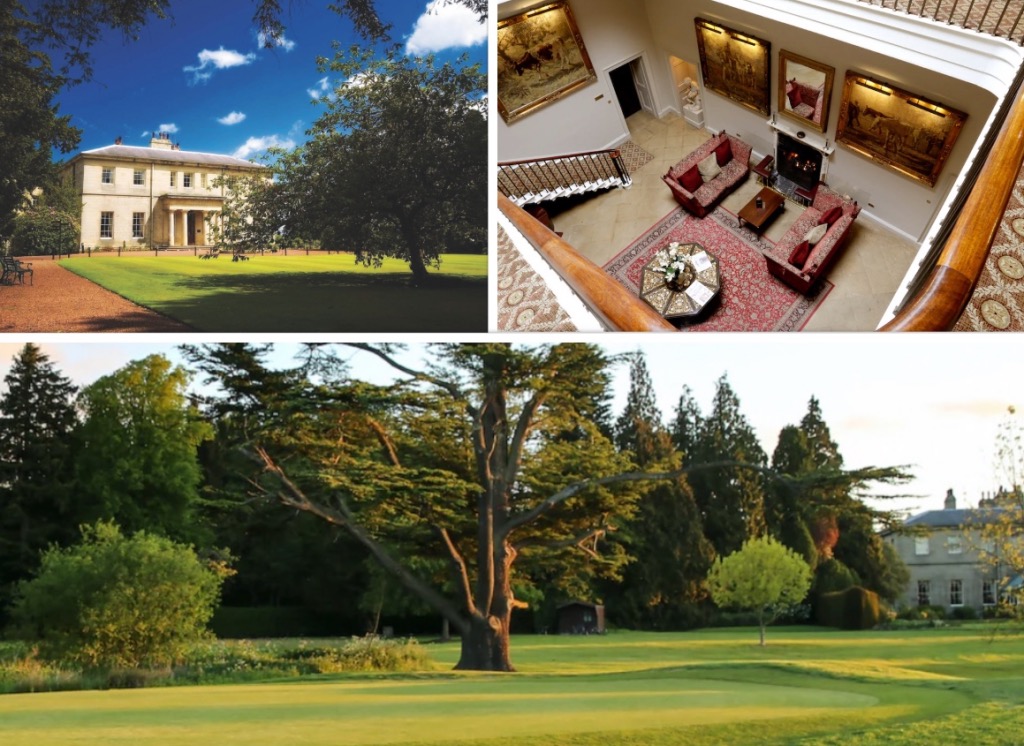 The house, on a 3000 acre estate, was built in 1812 for the local High Sheriff, designed by an amateur architect, supervised by a recently-graduated young architect in the Greco-style. Linden Hall is notable as one of the best Georgian Houses of the period in Northumberland.

We appeared to strike it lucky when the test drive began just after 10am. Although it was a weekday, the roads were sparsely-populated by local traffic at 'The Off'.

Linden Hall, on the A697 is just north of the junction at the main road to Berwick-Upon-Tweed (the A1), and we had the road to ourselves, which is pretty handy when you have journalists, two-up, and eager to drive with understandable brio.

The coffee stop was in the border village of Coldstream (where the Coldstream Guards regiment was formed in 1650), situated on the Tweed River.

We took the A698 through Kelso, joining the A68 north of Jedburgh. Then the teams were broken up into four different groups and directed to the high spot of the test drive – four different areas of the famous Hadrian’s Wall.

After the obligatory photo stop and a short history briefing, we were back on the road for the return journey to Linden Hall via a fantastic B-road (B6423). After a sumptuous lunch at Linden Hall, various teams took off again to visit more local highlights like Banburgh Castle, Alnwick Castle, the ruined Dunstanbergh Castle and Berwick-upon-Tweed. 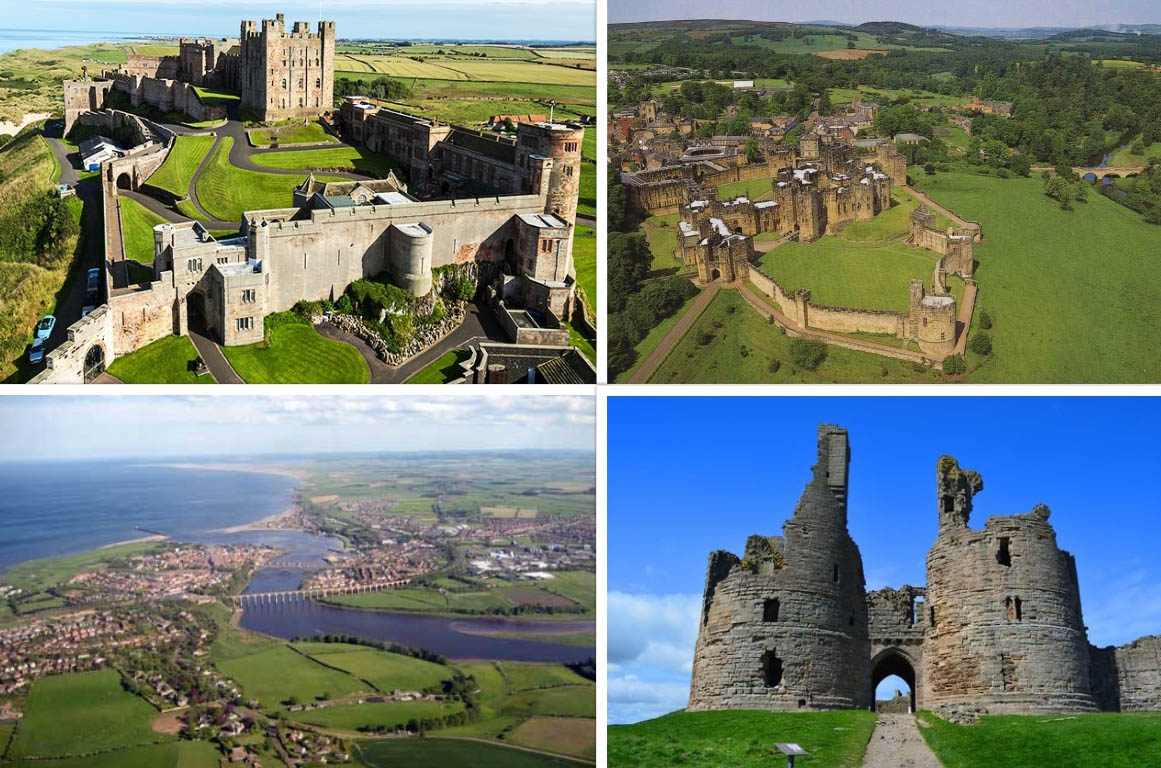 A few brave (foolhardy) souls decided on a visit to the famous 16th century Lindisfarne Castle, on Holy Island. Trouble is the castle  is only accessible at low tide via a causeway, which floods with every tide change.

Fortunately, when the Aussies arrived, it was already high tide.

As far as British car launches go, the Rover 800 press trip was an outstanding success, due to careful planning by the Austin-Rover PR team, meticulous attention to detail, the places we were able to visit, and last but not least the Rover 800. 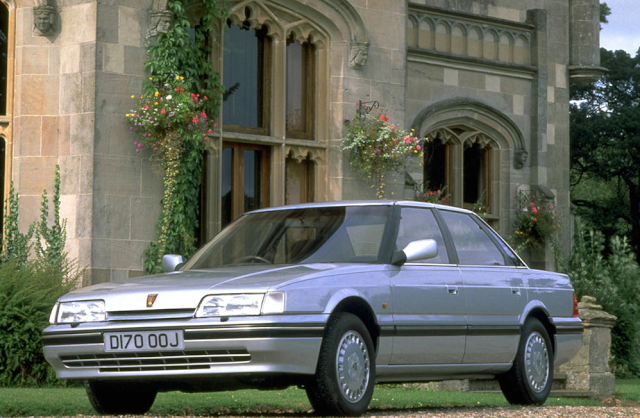 The resulting press stories that published after our return from Britain were outstandingly positive, and paved the way for a very successful Australian launch of the Rover 825i.

Posted by John Crawford at 4:38 PM