SELF-DRIVING CARS' IMMEDIATE FUTURE? STAY AT THE DRAWING BOARD GUYS! by John Crawford

The pioneer of autonomous vehicles, Anthony Levandowski, readily admits that roads and cities populated with thousands of self-driving cars, buses, whatever, are decades away – if at all. 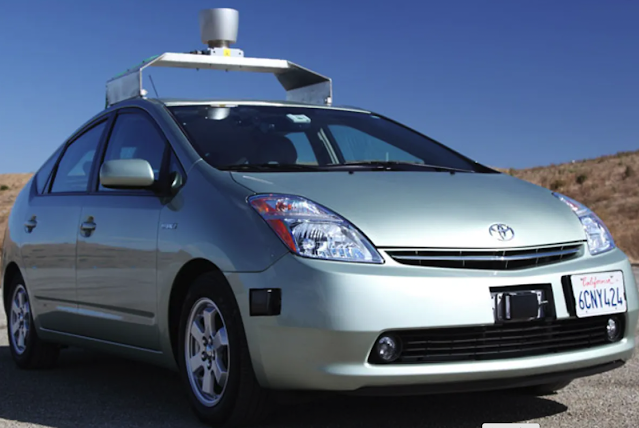 Levandowski built his first prototype, a Prius, in 2004 and its first test run showed potential, however filling in the gaps in the technology has not only been achingly difficult, but it has swallowed billions and billions of dollars of investors’ funds, with little to show for it. Certainly not profits.

Levandowski, who worked for Google and Uber’s autonomous divisions says, “Really, it’s a hoax. I doubt we will ever see truly workable autonomous personal mobility solutions.”

He should have added: "In our lifetime."

Levandowski went on to start a company called ProntoAI.Inc which basically designs autonomous programming for dump trucks operating in a massive quarry in Santa Rosa, California.

It’s very successful, because there’s nothing at all that challenges the shortcomings of autonomous vehicle technology.

The trucks follow the same route every time, they don’t turn around after dumping their load, they just reverse back up to their starting point, and do it all over again. It’s a completely repetitive program.

There’s no traffic lights, pigeons flying in front of the cameras, schoolkids stepping off the sidewalk or, for that matter, confusing roadside objects.

Writer Max Chafkin has written a superb piece for Bloomberg about this subject, which basically damns the whole concept, resorting to the whole truth, and nothing but the truth of the current state of autonomous driving projects.

Posted by John Crawford at 9:21 AM