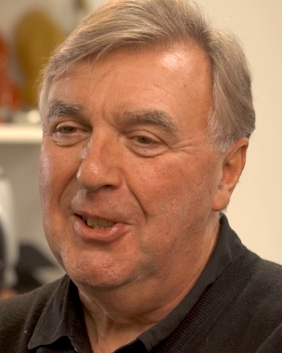 It’s often said: “It’s the quiet ones you’ve gotta watch.” So, would I describe world famous car designer Peter Horbury as, ‘a quiet one’?
Well among the ranks of some very egotistical senior car designers, I would say, definitely.

Peter doesn’t carry around a megaphone to trumpet his life’s work, experiences and achievements.

He could best be described as your proper self-effacing, humble, but widely-experienced and skilled artisan. His output truly speaks for itself.

He has an infectious grin, and a great sense of humour. 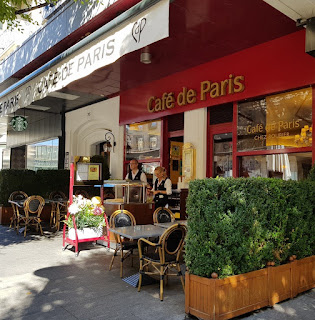 Mind you, I’ve witnessed another side of Peter, during the very famous ‘car design club’s’ Designers’ Dinners at the famous Café de Paris in Geneva.

The dinners, which can often number up to 40 senior designers, were traditionally held on the night of the first Media Day at the Geneva Salon.

However, COVID has put a stop to that ritual.

They were pretty loud affairs, punctuated by hilarity, joke-telling, roasts and even a few outrageous claims by designers who felt they had been wronged by senior managements – which always brought forth very vocal derision from the rest of the crew. This was all fuelled by many (many) bottles of Swiss Reds and Whites. 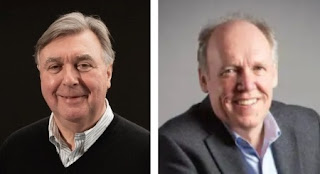 Peter Horbury, together with his great mate and partner in crime, Ian Callum, the former Jaguar designer, were often guilty of contributing to the increased decibel level.

However, back on the floor of a motor show, or in his office or studio, Peter is a man with great vision and skill backed by almost 50 years of automotive design, and huge experience across a wide variety of countries, markets and brands. 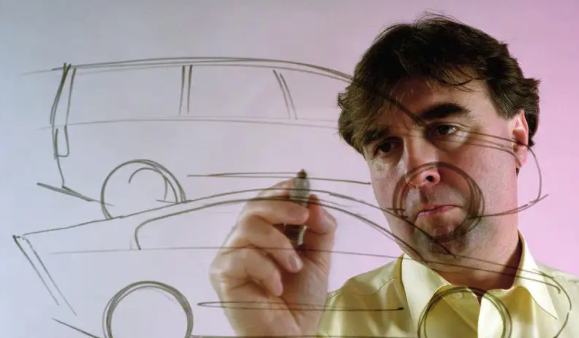 And, in that milieu he is quiet, also quietly confident about his opinions, but always ready to accept a contrasting opinion.

When I talk to senior designers across the industry, and people who’ve worked with Peter, there is universal agreement that perhaps Peter’s greatest skill is ‘leading’ a design team. He will tell you that his ‘collaborative leadership’ is a talent acquired over a long period, but one he agrees has delivered very encouraging results. I recently had the pleasure of a one-on-one Zoom discussion with Peter in his Gothenburg office, and he was at pains to point out:

“Managing creative people is quite different from many other management jobs."

"You cannot dictate, there is no good design dictator. My philosophy has always been to strike up conversation,”

“If you see something is wrong or could be improved, suggest, or ask for alternatives. If by the end of the conversation the designer is suggesting the changes, the design is still his or hers. You haven’t taken over the creativity, but you’ve managed to get the change you wanted. It’s really disappointing when directors come into a studio, and say I want you to move that line down 5mm, and I’ll come back tomorrow to check your work. Then you’ve lost their loyalty and commitment.”

The sheer number of cars, buses, bikes, trucks, and taxi cabs, which have received the ‘Horbury Hands-On’ is quite amazing, and very impressive.

Starting out at Chrysler (where he worked on that year’s COTY, the 1979 Horizon) alongside another good friend of mine, Chrysler's then Design Director, Roy Axe.

Peter has been with Ford (two tours), he’s been at Volvo three separate times, then as Head of Design for ALL Geely’s nameplates, and now he is Senior VP Design, Group Lotus, responsible for Lotus Cars and ‘lifestyle products’ from Lotus Technology.

During our conversation Peter told me that the move to Lotus will hold the same challenges as all of his previous brands, and is not some sort of ‘mock retirement’. He will be leading the Lotus design team of Leader Russell Carr (R), and Head of Design in Coventry, Ben Payne (L), developing the models included in Lotus’s Vision 80 forward plan.

A lot of this future work will be handled at Lotus Technology (a separate division) based in Wuhan.

Lotus was acquired by Geely in 2017, which is when Lotus design was brought under Peter Horbury. A new design centre was set up in Coventry, which has now been renamed Lotus Tech Creative Centre.

It was there Peter, and his newly-formed team designed the Eletre (Project 132), an E-segment SUV. The Eletre is wholly-built in Wuhan. 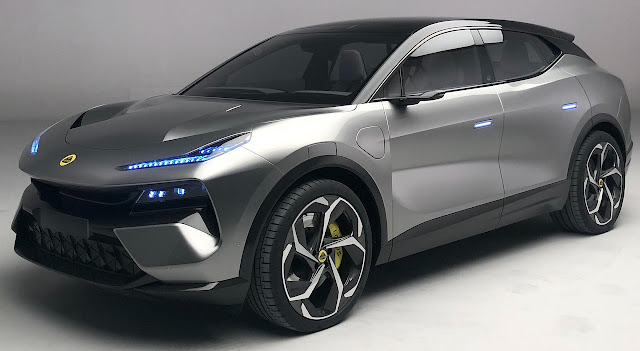 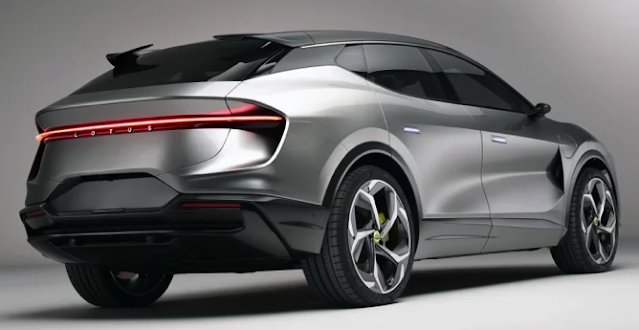 There’ll be a lot of ‘Horbury Hands-On’ to these models, which will be vital to the survival and prosperity of Group Lotus.

The development of the brand’s new premium lifestyle vehicles will take place on the Lotus Premium architecture, one of the four new vehicle platforms announced at Geely’s 'Driving Tomorrow' global strategy conference in April 2022.

The Premium architecture supports a wheelbase range from 2,889mm-3,100mm and could be further expanded in the future. It supports the development of all types of passenger vehicles from C+ to E segments.

Using 92-120kWh batteries, it is compatible with the industry’s most advanced 800-volt high-speed EV charging system. Products developed on this platform will be capable of 0-100km/h acceleration in under three seconds.

Group Lotus’s ongoing strategic plan Vision 80, is a bold outline of the transformation of Lotus ahead of its 80th birthday in 2028.

Just as Lotus founder Colin Chapman pioneered new technologies when Lotus produced its first race and road cars, Group Lotus aims to be a pioneer of vehicles which reflect, and anticipate, the advanced technologies coming down the pike. 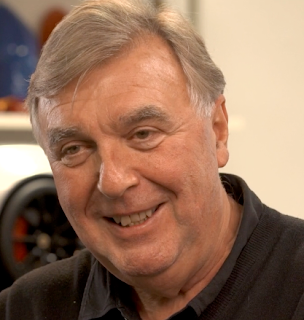 Peter and I had just 60 minutes of Zoom-time to cover a lot of ground, but there is so much wisdom, experience and vision pouring from this genial Englishman, we have agreed we need to Zoom together again to discuss other Geely projects like Lynk & Co,  cover off design philosophies and ideas close to his heart, as he breaks new ground for himself, and Group Lotus.

In all my years of watching Lotus rise and fall in popularity and prosperity, I don’t think I have ever been as confident as I am now that the combination of Peter Horbury's skill and experience, and Geely’s founder Li Shifu's resolve and determination will be able to put Lotus back on the pedestal it deserves.

Posted by John Crawford at 2:35 PM