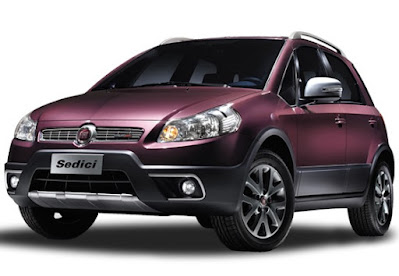 If you read my Blog regularly, you’ll know I have a lot of respect for one of the world’s best-known small car makers – Suzuki.

It’s a minnow compared with Japan’s most prominent car producers, Toyota and Nissan, but not only has it survived by ‘sticking to its knitting’, but it also makes good profits from either developing new models for other car companies, or re-badging its own cars for another brand, for example the Fiat Sedici, otherwise known as the Suzuki SX4.

In this way it has survived and prospered. Of course it also has another great revenue stream from its huge range of motor cycles.

There have been a few occasions when it has strayed from its mainstream business activities, like the time it introduced the Suzuki Kizashi compact sedan. 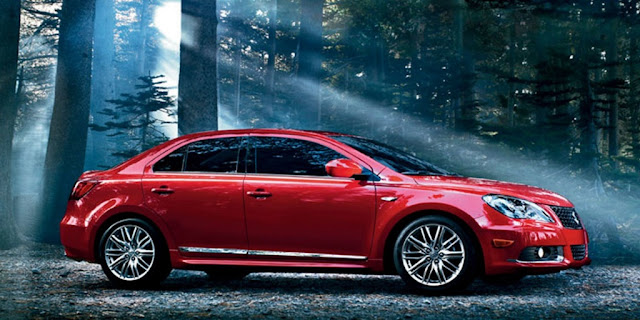 Kizashi launched in 2009 to rave reviews from around the globe for its daring design, great powertrain, fanatical attention to detail and because it was so different to any other Japanese compact sedan.

However back in 1989 Suzuki had achieved notable status with another daring concept car. It was Suzuki’s peek into the future at what a 21st century crossover SUV may look like. Suzuki’s launch theme was “A stylish sports sedan in the city streets and a versatile cross-country car over snow and off-road terrain.” 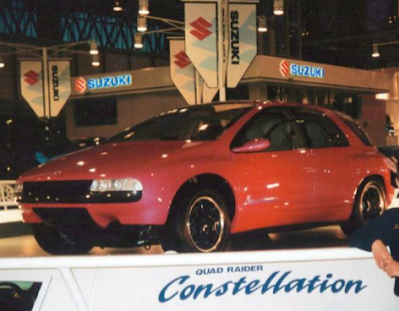 The car was pretty much lost among concepts from more than 330 exhibitors who were fighting for visibility and media oxygen at the 1989 Tokyo Motor Show and despite its innovative credentials and imaginative design concept, the Quad Raider Constellation failed to make it to production.

Check this out. The Constellation was powered by Suzuki’s own twin-cam, 3.0L V6 producing 220bhp (160kW), with a four-speed full automatic gearbox, four ABS-enhanced ventilated disc brakes and Suzuki-developed full-time AWD, with an (in-house) hybrid air/hydraulic suspension – which allowed the ride height to be raised by four inches (10cm) on demand! 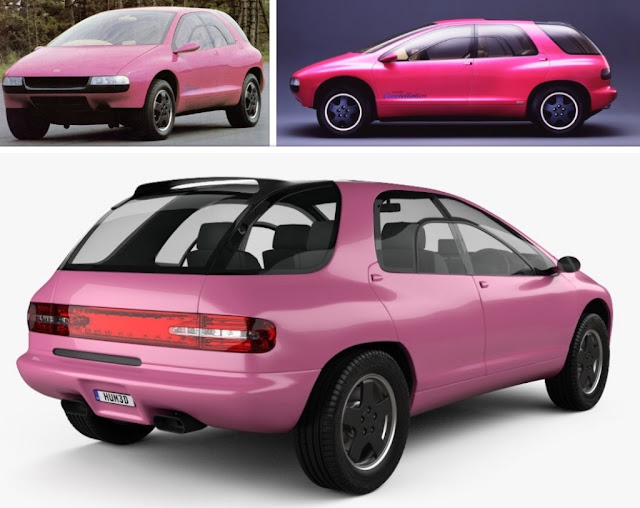 The smart thinking didn’t stop with mechanicals. Suzuki was looking way into the future inside the car too. There were THREE screens. First, a CRT in the instrument panel; two LCDs in the centre console and rear of the front seats.

There was even a ‘mouse’ for the driver to change settings whilst driving at high speed (not sure about this concept), projector headlamps, four airbags and a CCD video camera to monitor the back seats.

In true late eighties Japanese concept fashion, Suzuki's pink wonder also had a multi-media system capable of handling DAT, compact audio and 8mm video cassettes, as well as CDs and a TV feed. What more could one ask for?

Suzuki – for me, it’s the little company with big ideas, and remains highly-respected in the automotive industry the world over.