TOYOTA'S NEW EV? NO, NOT RIGHT NOW by John Crawford

Okay, so Akio Toyoda shows off a Toyota’ Hilux EV concept (with no word on when, or if, it will go into production), but he accompanied the reveal with wise words which merely endorse the fact that as far as carmaker CEO’s are concerned, he’s still 'The Smartest Guy in The Room.’ 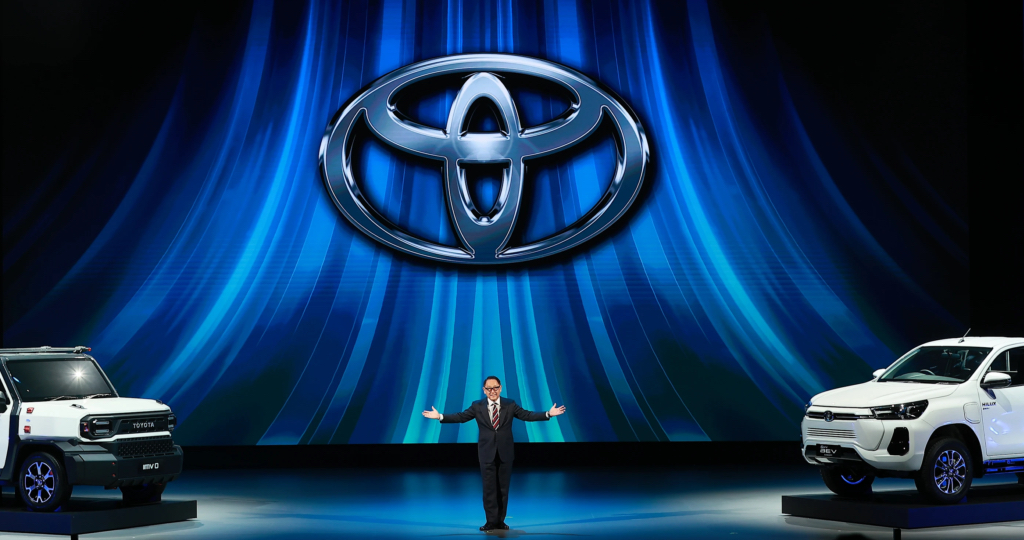 And, as Toyoda points out, EVs will not reduce emissions if the electric power being supplied isn’t generated from carbon-neutral sources, something Toyoda admits, but few automotive CEOs will.

Quote from Akio: “‘If the energy that powers vehicles is not clean, the use of an electrified vehicle, no matter what type it might be, would not result in zero CO2 emissions,” Toyoda said last week.

He still believes there will be a place for ICE vehicles and hybrids long into the future and is ensuring that whilst everyone indulges in ‘Group EV Think’, Toyota will be there to pick up the profits from the failure of EVs to totally replace ICE.

Toyoda added: “Toyota does not take a one-size-fits-all approach to our products or our powertrains. In fact, I am often criticised in the press because I won't declare that the automotive industry should commit 100 per cent to BEV.

“Because just like the fully autonomous cars that we were all supposed to be driving by now, I think BEVs are just going to take longer to become mainstream than the media would like us to believe. And frankly, BEVs are not the only way to achieve the world's carbon neutrality goals,” he said.

I’m not sure Akio and I will be around to witness it, but I’m sure of two things. Driven by his attitude Toyota will be at the forefront of developing real carbon-neutral vehicles, and also, I believe Toyota’s bank balance will be healthy enough to support the design of those truly carbon-free alternatives to BEVs.

Posted by John Crawford at 8:59 AM