THE MEN BEHIND THE MOTORS by John Crawford

It appears as if 2035 may well be the ‘sunset date’ for the death of the internal combustion engine, because according to pundits, politicians, greenies and popular myth – we’ll all be driving some sort of electric vehicle. 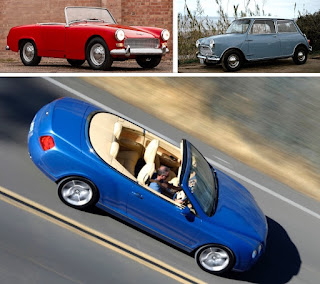 Having lived through the era of the most simple ICE cars I ever owned (Austin Healey Sprite 2a and Mini Cooper) – both powered by the venerable BMC ‘A’ series four cylinder, right up to the Bentley W12, I think it’s sad that all of the talent, innovation and inventiveness which went into creating all types and sizes of ICE, will simply disappear.

During my eight years with Bentley Motors North America, I had the great pleasure of enjoying very close friendships with two of Volkswagen Group’s brightest and most experienced automotive engineers – Ing. Dr. Ulrich Hackenberg and Ing. Dr. Ulrich Eichhorn.

My conversations with both these eminent engineers was enough to reveal to me the huge depth of talent which existed inside Volkswagen’s deepest development dungeons. What these two guys don’t know about making engines (any sort of engine) doesn’t matter. 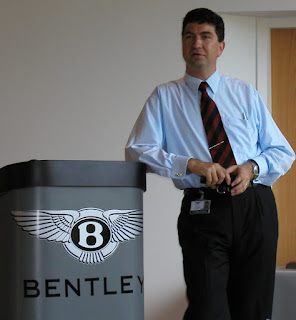 Ulrich Eichhorn joined Bentley in the critical development and production stages of the new Continental GT coupe, which of course included seeing the W12 project completed for the new car.

The W12 (below) was created from a table napkin sketch by Dr. Ferdinand Piech and achieved by the marriage of two (narrow angle) 15° VR6 Golf engines.

I'd love to know the whereabouts of all those table napkins! Chances are skilled writers like my good friends Peter Robinson or Mel Nichols could make a decent book out of them. 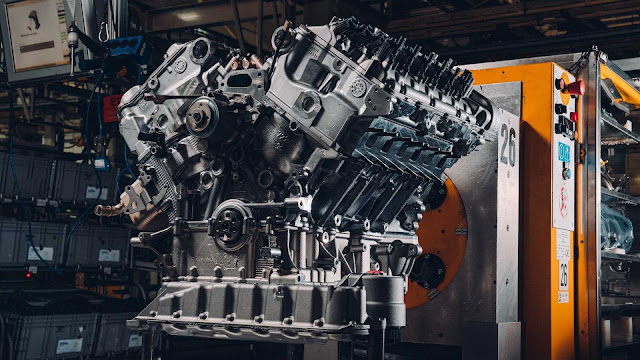 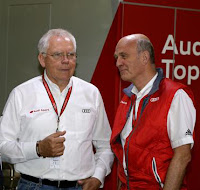 In 2002 I had the pleasure of being introduced by Ulrich Hackenberg to Wolfgang Ullrich (right), who was on-loan to Bentley from Audi Sport AG, and responsible for developing the racing engines delivering a Bentley Speed 8 victory in the 2003 Vingt Quatre Heures du Mans.

Just brief conversations with Ing. Dr. Ullrich was further endorsement of how much skill and experience VWAG had in-house to guide the development of some of the world’s most spectacular, humble and efficient internal combustion engines.

Driven by the passion and vision of Dr. Ferdinand Piëch, look what these guys, just as a small group of VW’s many genuine experts, were able to bring to production.

From top left we had the W12 which powered Bentley’s new-age cars; the Twin-charged VW TSi 1.4 litre Golf engine; the W8 which powered the more humble VW Passat; the W16 in the Bugatti Veyron; the narrow-angle (15°) VR6, used in the VW Golf and Jetta; ; and let’s not forget the fabulous Audi V10 which powers both Audis and Lamborghinis! 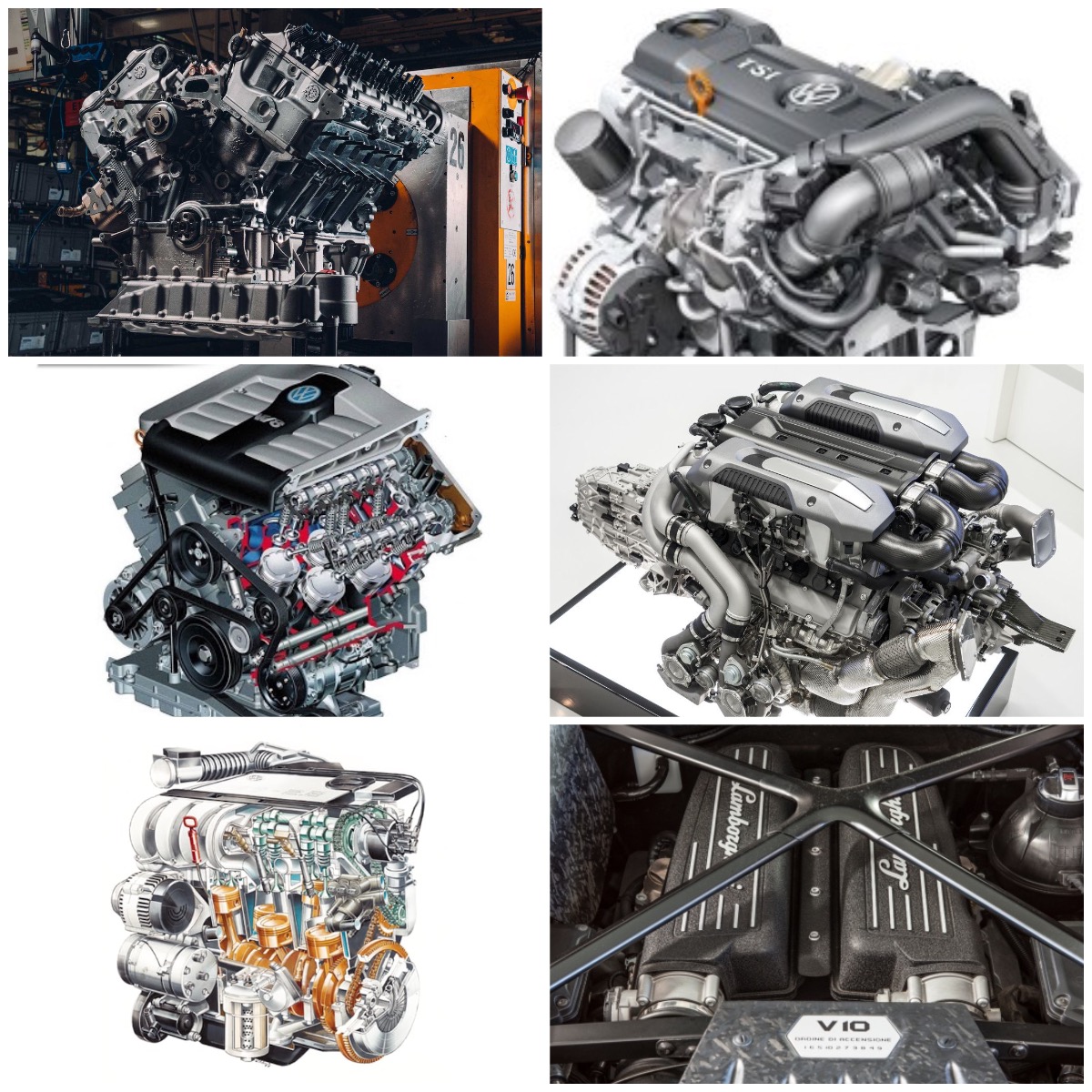 A fly on the wall view of many discussions about these varied and truly awe-inspiring engines would probably have seen many of the concepts drawn on table napkins. That’s because the men I have mentioned, and many others inside VW’s vast engine research and development department, are ALWAYS thinking ahead. 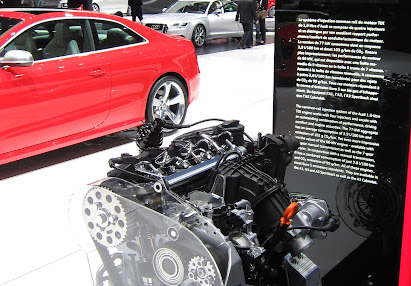 I vividly remember one conversation with Ulrich Hackenberg on the Audi display at the 2011 Geneva Auto Salon and buried deep in the display board was the fact that this engine could achieve tailpipe emission of 99g/km!

I said to Dr. Hackenburg: “That’s pretty amazing, seeing as how the current Euro 5a emission standards regulated tailpipe emissions are at 120g/km.” He replied: “We have the technology and the resources to make this number a lot smaller. Quite a lot smaller!” I got the impression that this would only happen, when regulations demanded it.

As if to emphasise the strength of its engine expertise, the man behind some really great AMG engines, Friedrich Eikler (left), has recently been lured away from Mercedes by current VW engine boss Heinz-Jakob Neusser (right), whom Eichler worked with previously at Porsche. 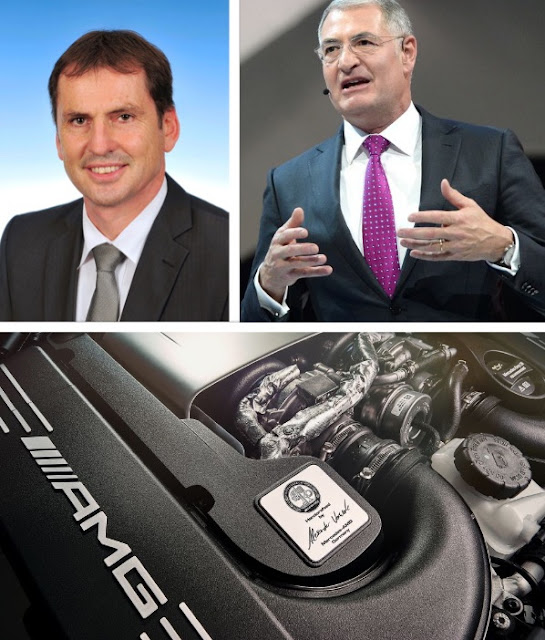 And while this suggests there remains a huge amount of life and potential left in vastly cleaner ICE powerplants, with the announced ‘sunset clause’ applying to ICE engines in 2035, we will no longer see innovative and complex engine designs like those I have mentioned.

We are headed for an electrified future whether we like it or not. The stark reality of the death of ICE engines is contained in a single comment from an eminent chief engineer: “You can see that a ‘fleet average’ of 95 g/km (of tailpipe emissions) would require an annual improvement of 7%, which is totally unrealistic.”

So, the reason why the OEMs won’t invest in ICE powerplants is that they will not meet the fleet requirements with ICEs. In addition, the complete sunset of ICEs in many markets would bring with it the high risk of ‘stranded’ investment.

Just as I thank my lucky stars I lived during the era of Bill Haley, Stirling Moss, Jack Brabham, the Beatles and Barack Obama, I think the same of all my technical experiences in the automotive industry over the same period.

Posted by John Crawford at 1:59 PM