Just 35 kilometres south of is the town of , whose history dates back to first settlements in the 13th century, and at one time it was the capital of what is now . 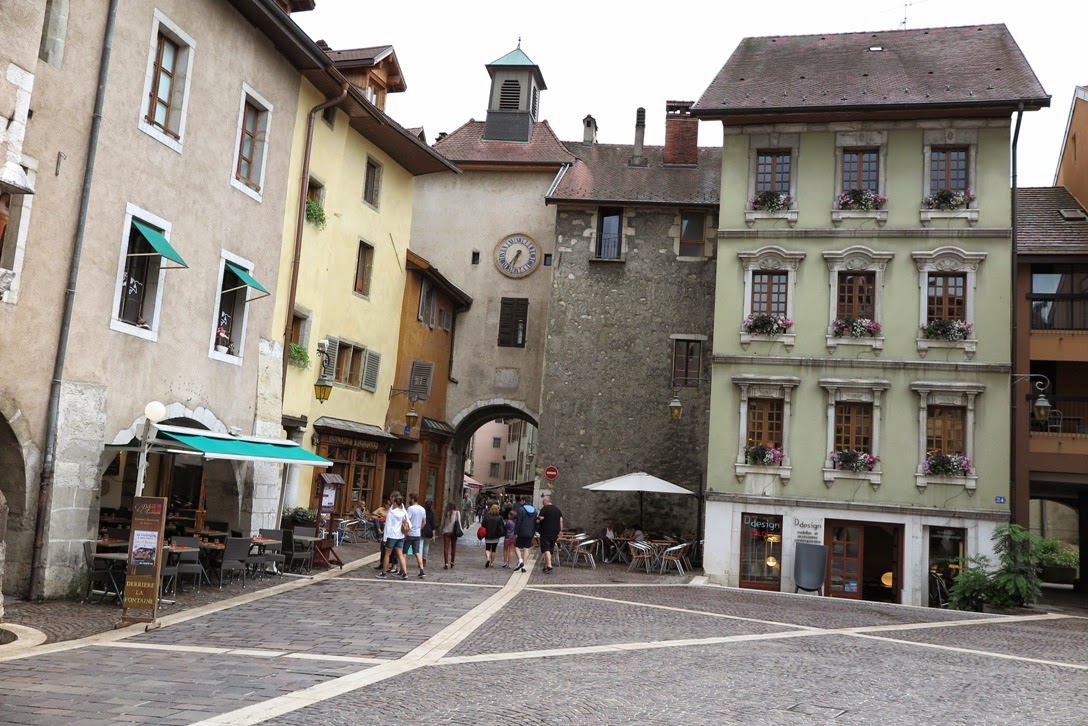 It was pretty much the property of the family of , and not so much fought over, but rather 'exchanged' from time to time. conquered during the French Revolution, but then it had to be handed over to the Duke of Sardinia (hereditary heir to the family), however in the 19th century it was deeded back to . 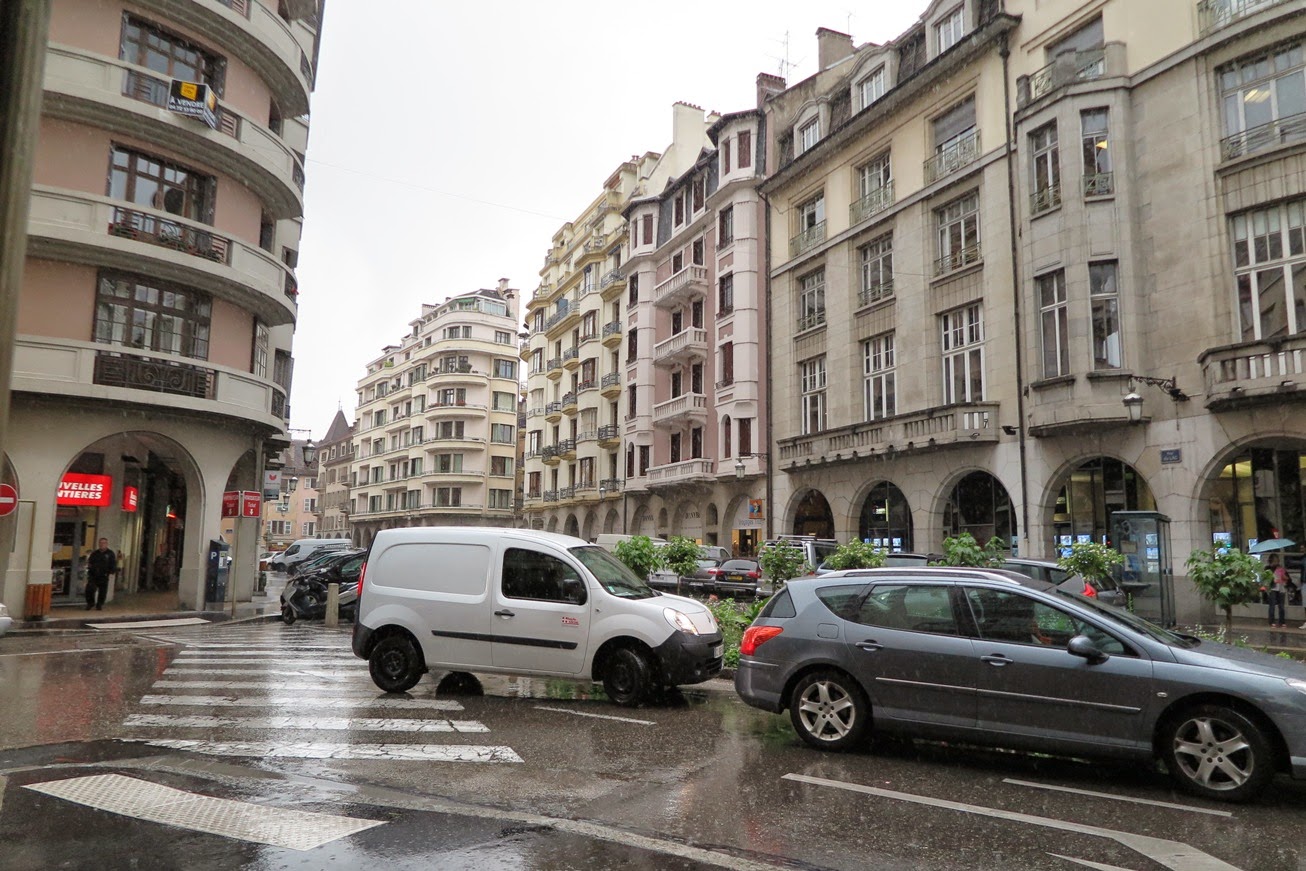 It's a compact and beautiful community, with a population around 60,000 today, and it's the capital of the Haute-Savoie department of the Rhône-Alpes region.

Surrounded on its northern side by four massive mountains (Le Mont Veyier, Le Semnoz, La Tournette and Parmelan), today it's popular for sailing and paragliding; and in 2009 it hosted the 18th stage of the Tour de France. 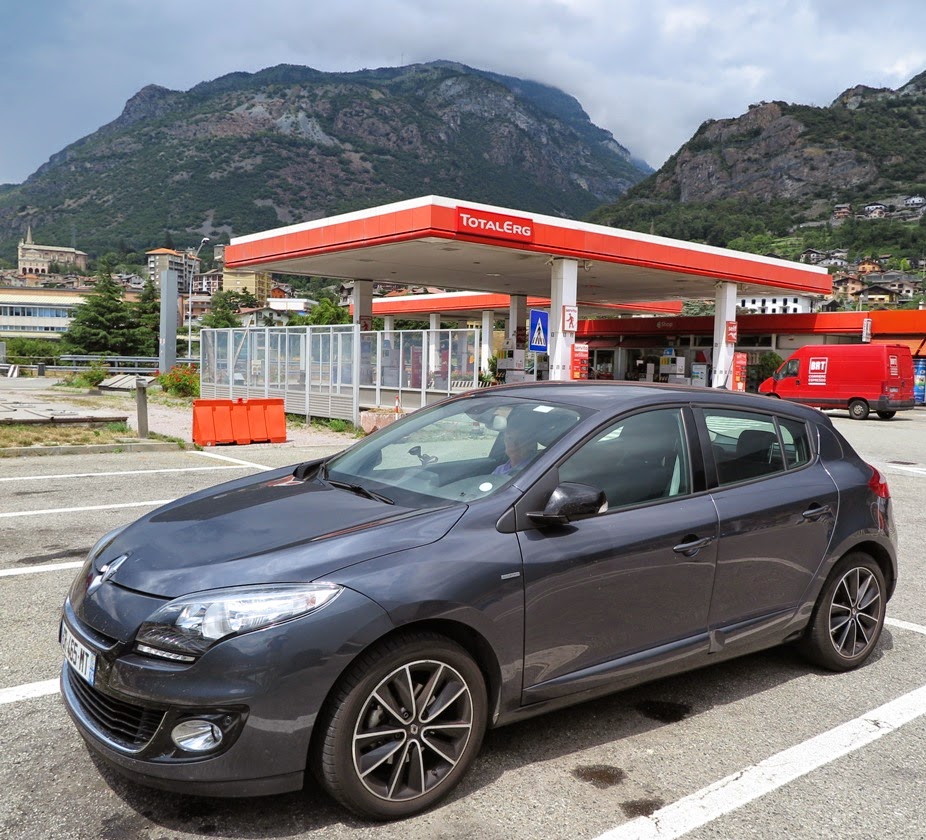 We came to via the tunnel, and the journey from the tunnel exit to the town is around 110km and took us about 90 minutes. As you drive into the town from the autoroute you're greeted by an impressive mix of beautiful medieval and attractive modern buildings. 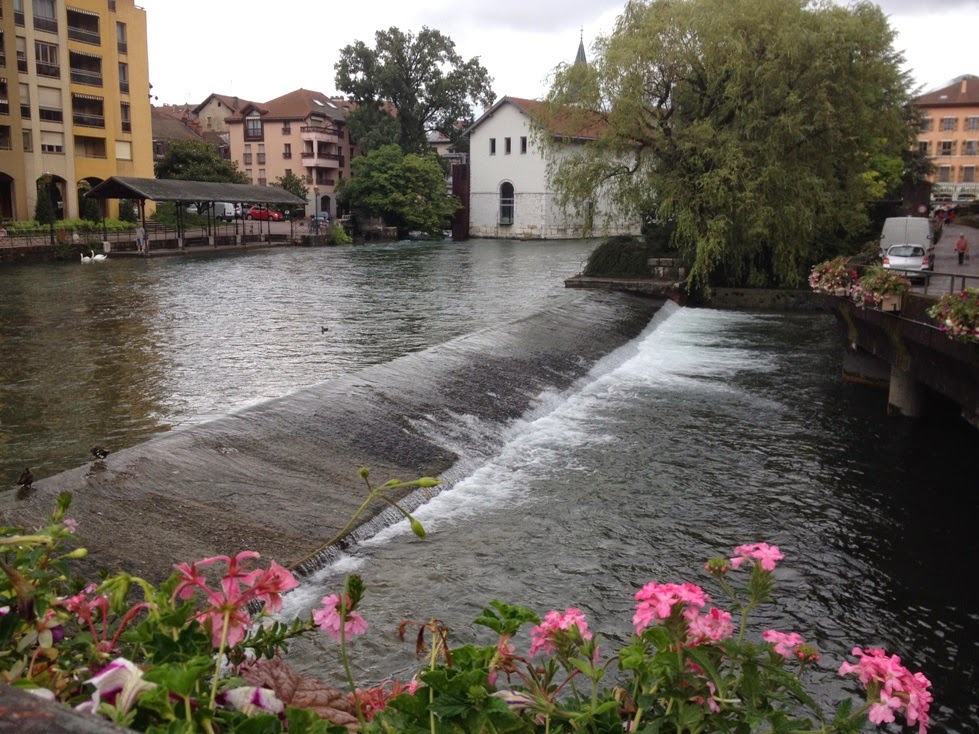 The town planners over the years must have been careful to hide any ugly buildings, and the industrial area, away from the eyes of tourists. As you drive through the main city centre you pretty much feel glad you chose to visit. 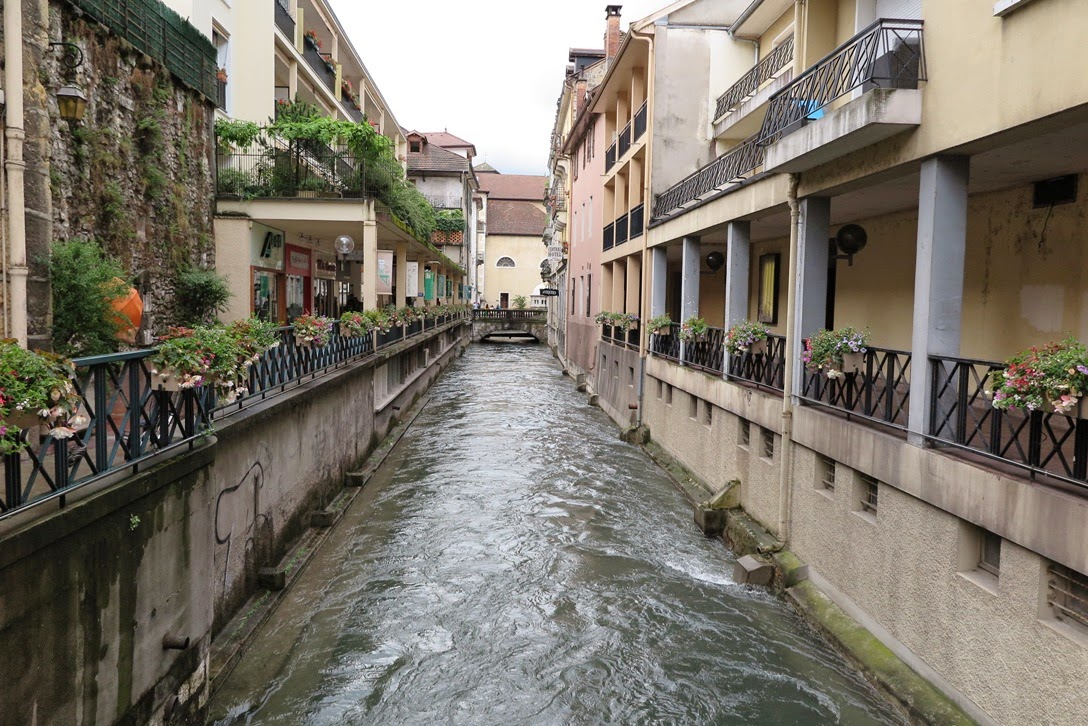 The River Thiou runs right through the heart of the town, exiting into Lac Annecy, known as 's 'cleanest lake' because of strict environmental controls. 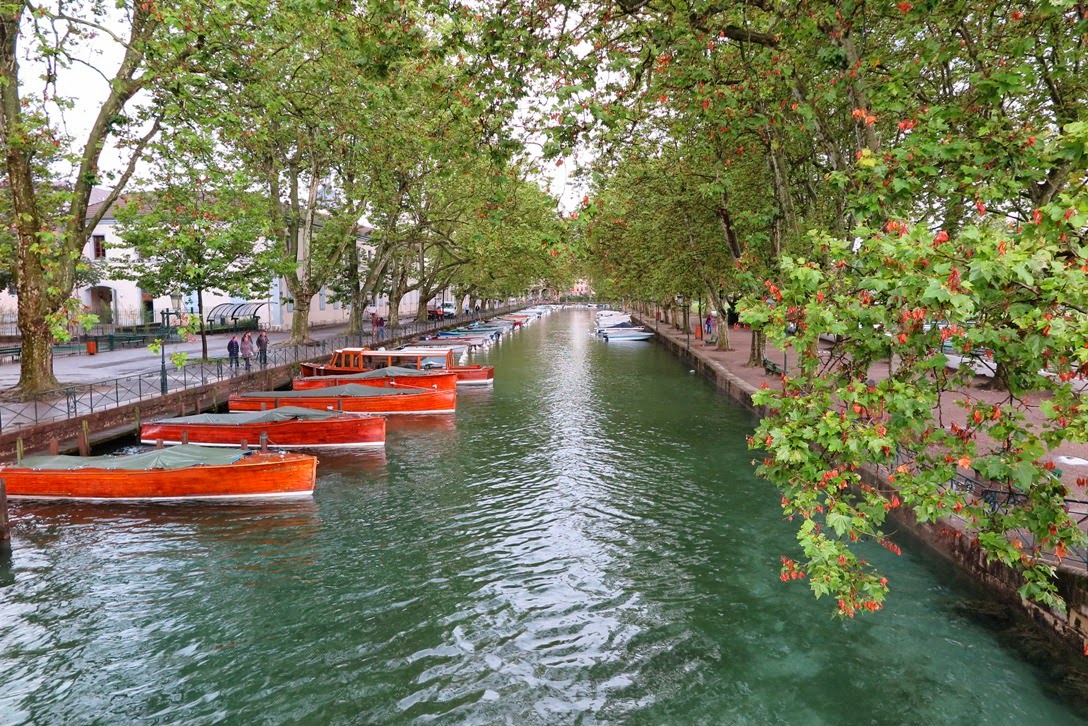 It's fed by the Thiou and numerous other small rivers, but also from an underground source which enters the lake at a depth of 82 metres!

We stayed right in the heart of the town at a very clean and
sparkling Mercure, and parked in the town car park at the 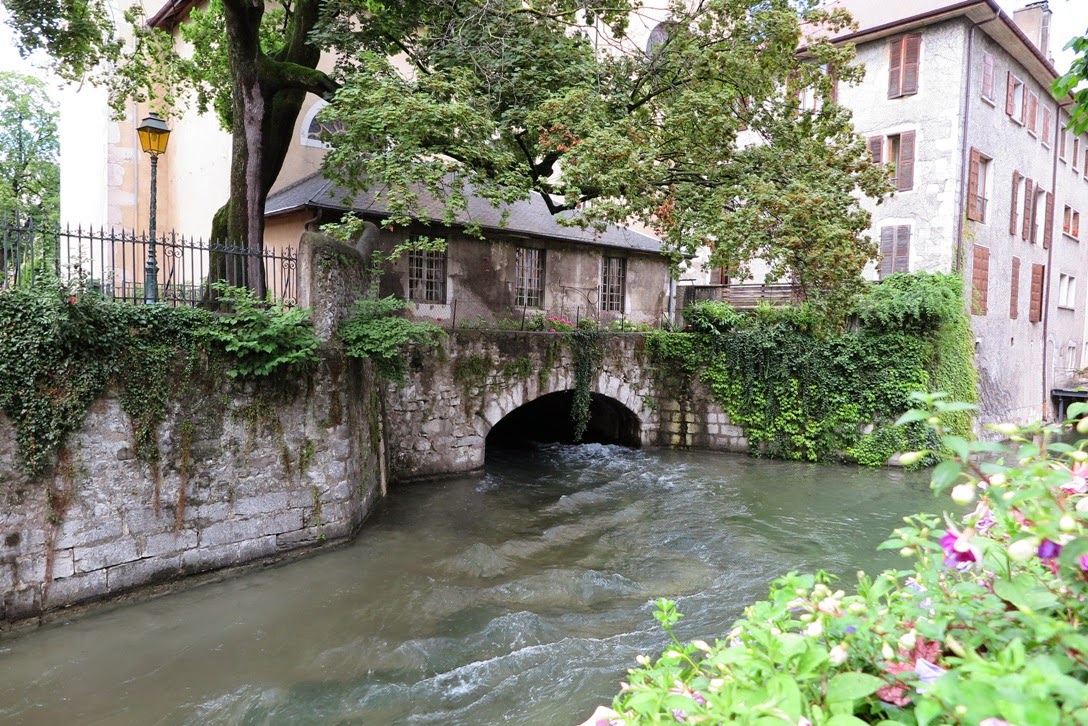 end of the street for a modest 10 Euros a day.


The best photo ops are obviously the spectacular views of the river running between the buildings.


Then our time was spent walking the town's environs. There's lots to see, from wide boulevards, narrow medieval lanes, and beautiful lakeside parks. Despite chilly weather most of the year, the locals keenly use their outdoor spaces, so there's always lots of families and dogs playing and picnicking. 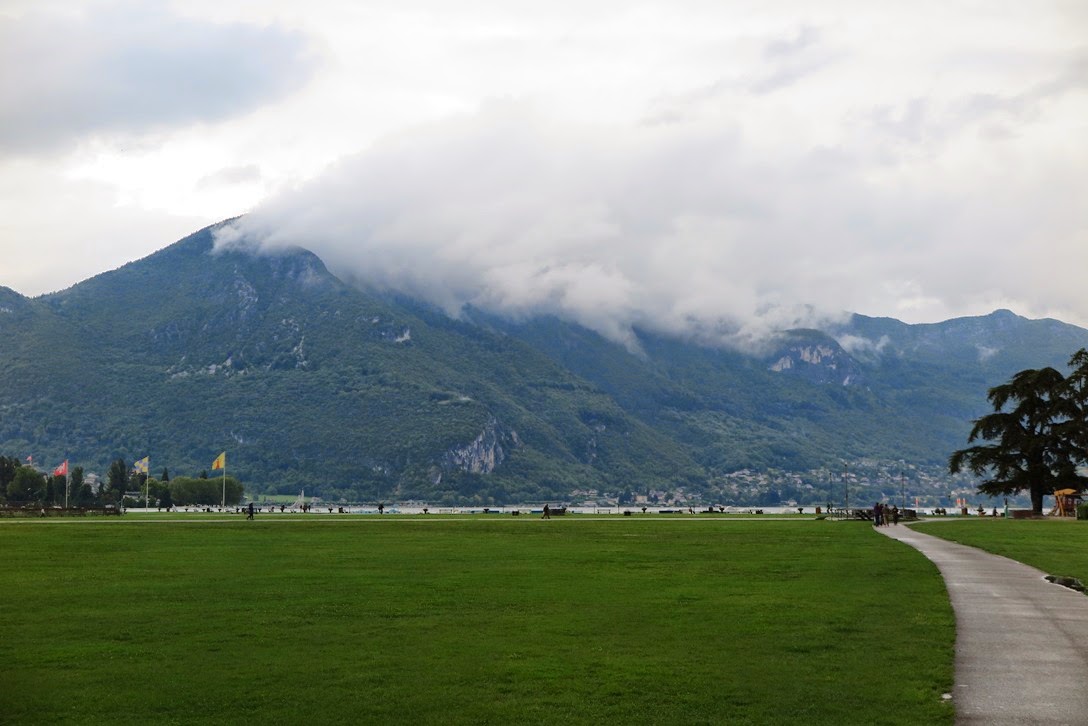 Restaurant choices are plentiful, but try dining in the crowded ones, because that's where the best food will be. We tried a relatively deserted one, and regretted it immediately. 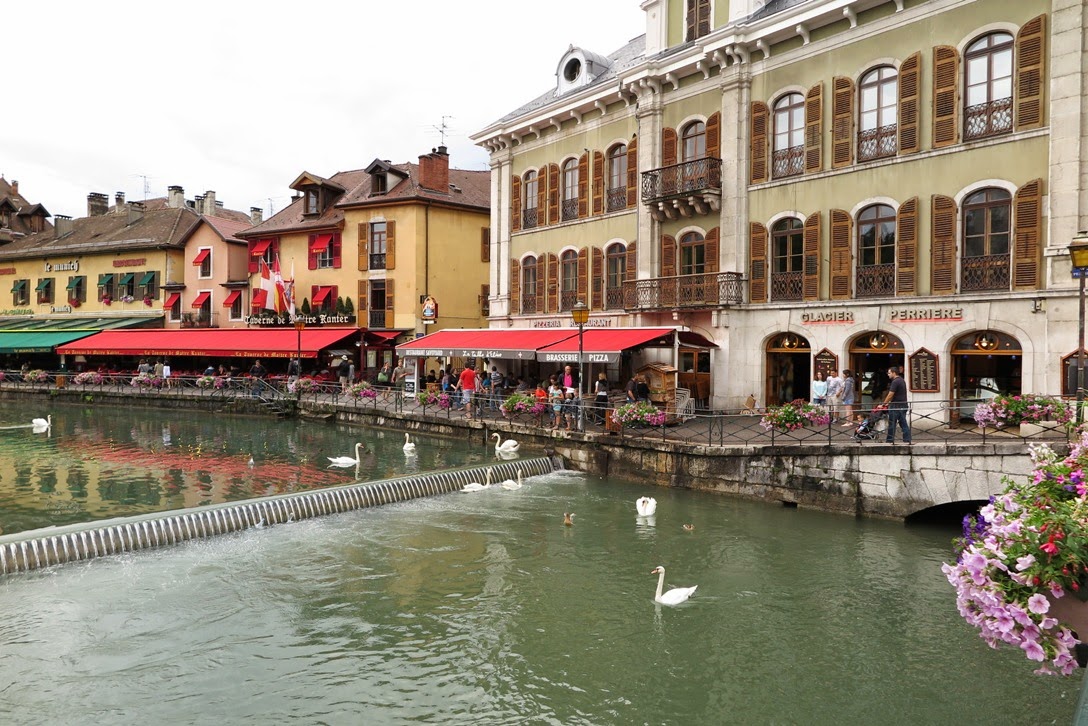 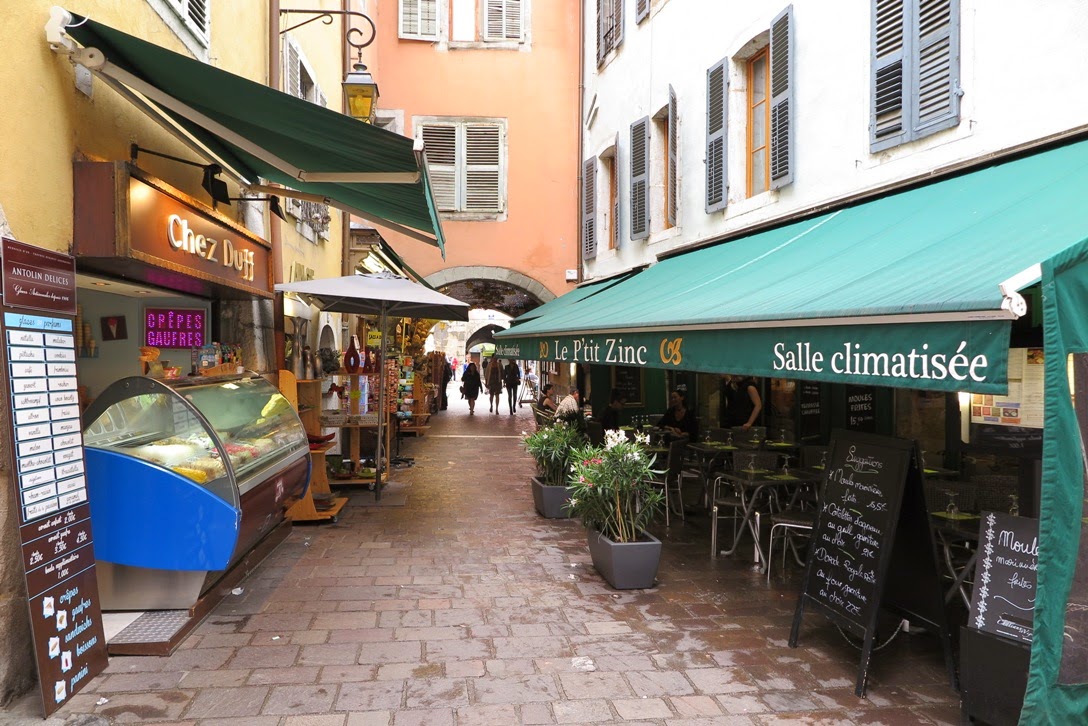 boasts beautiful gardens, a great variety of shopping (with regular 'sales') and plenty of good touring opportunities around the perimeter of the lake, and up into the mountains near the skiing resort of Megève. 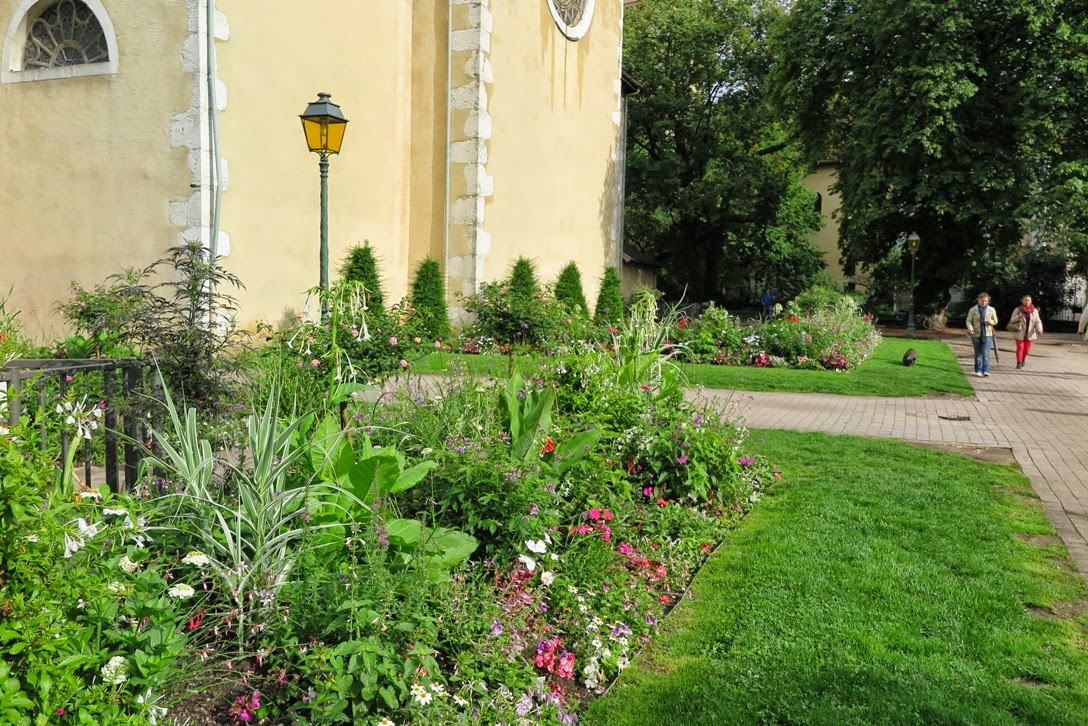 If you're heading for south-east , put it on your list of pitstops and stay at least two nights - you won't be disappointed.
Posted by John Crawford at 2:14 PM