Avalon - "Beauty Unrivalled by Any Other" - What?

Do you think Toyota was ‘Taking the Mick’? The original Toyota Avalon, which launched in the USA in 2000 was a truly pedestrian piece of car styling. It was sympatico with boring, bland, featureless and frumpy.

According to Wikipedia and online dictionaries, Avalon was associated with two different themes; first, the mythical island where King Arthur’s sword was forged (okay!); and in relation to people names it is supposed to refer to someone with ‘beauty unrivalled by another’ (duh!). 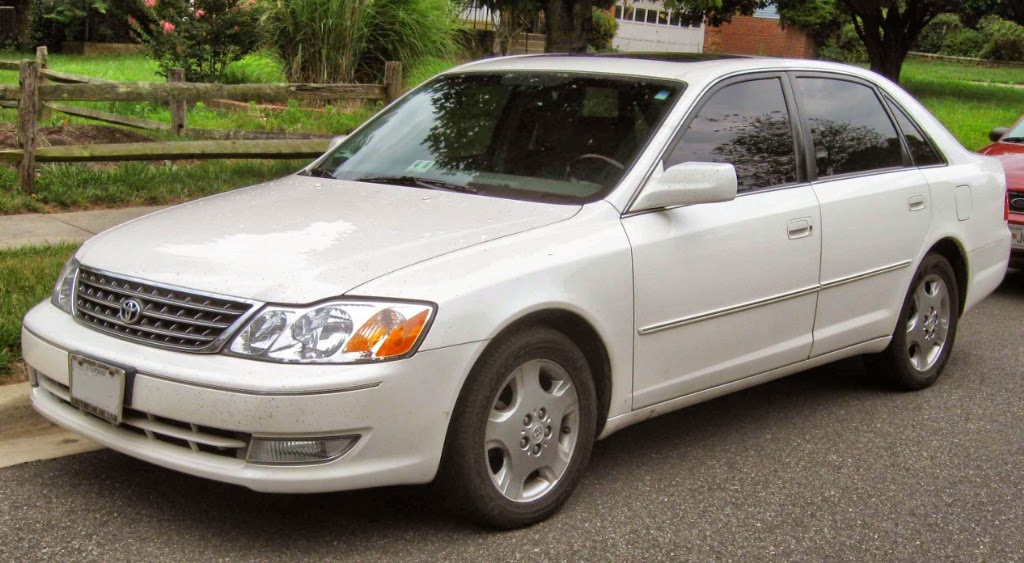 When looking at the original car, that could mean that any reference to beautiful styling is a myth; and second that Toyota USA was genuinely having a loan of us by planting such an outrageous claim on a truly awful example of design. 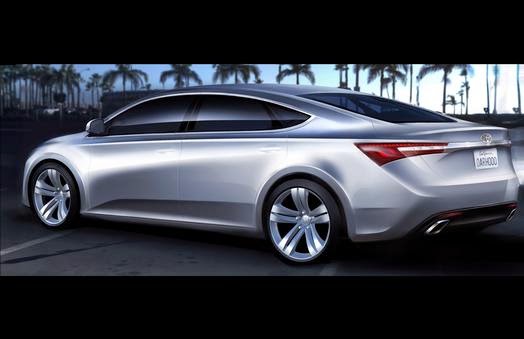 Next, have a look at the concept sketch of the 2014 MY Avalon, released in 2013. Now, if they could emulate this in the metal, things might be looking up.

Then came the launch of the production model at the New York Auto Show at Easter 2014. Wow, this is a really cool-looking car. 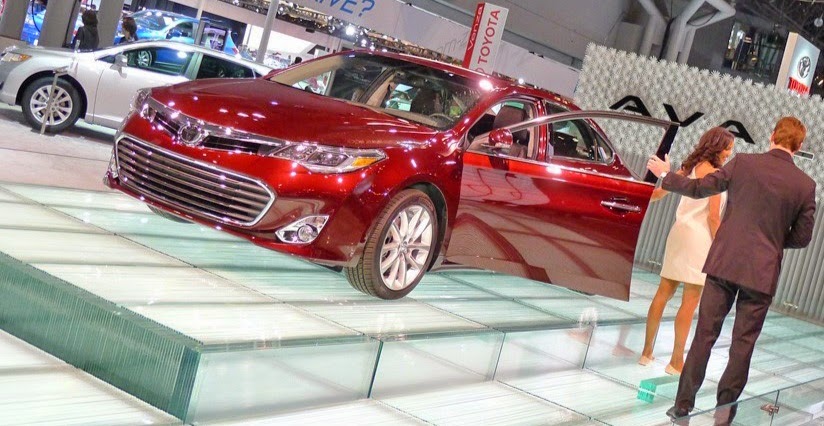 Whilst in Vancouver recently, with a trip to Calgary next on the travel schedule, I discovered that our host in Stampede City has just acquired a brand new Avalon.

It’s roughly 1060km from Vancouver to Calgary. If you drive it non-stop in the summertime it could take about 12-15 hours. Most people fly, which is just a 90 minute hop on Air Canada.
As I’ve previously mentioned Vancouver is a beautiful city with a great laid-back atmosphere.

Sitting astride a beautiful harbor it’s a city dedicated to the outdoors, with a lot of people cycling, walking, jogging, skiing and sailing.

Lifting off from Vancouver, you fly due east, crossing the Rocky Mountains. 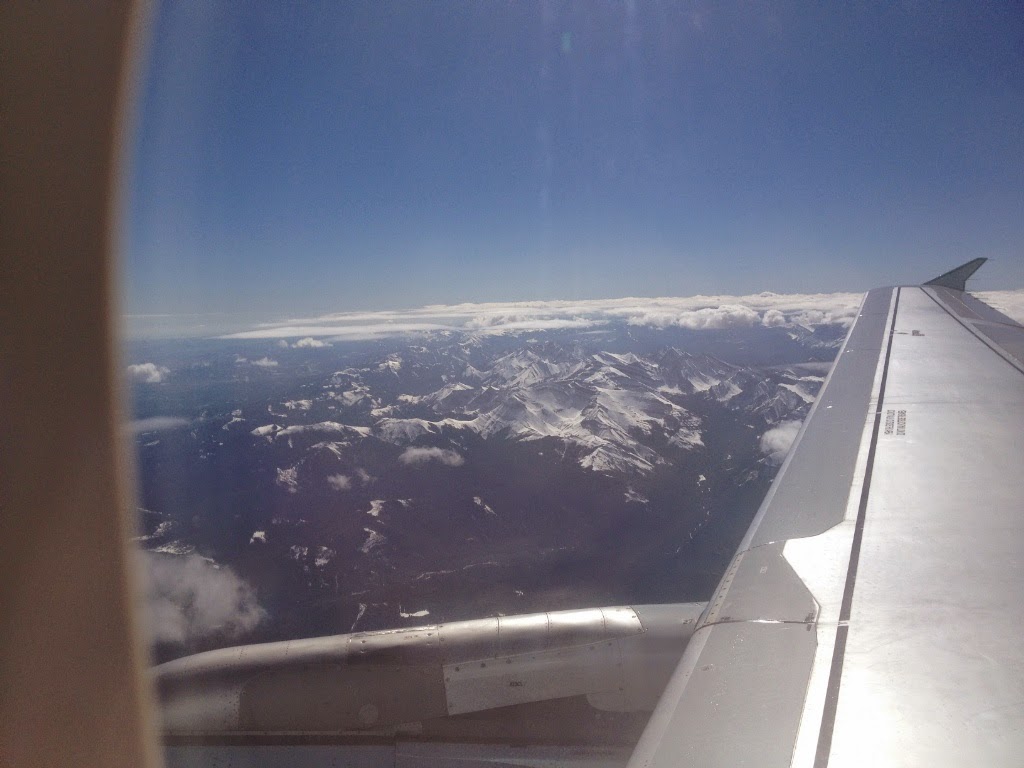 Actually the flight path crosses an area of the Rockies known as the Lewis & Clarke Range, after the daring duo of explorers who sailed up the Mississippi, and when the water ran out, they lugged their canoes over the mountains to land on the west coast.

Calgary sits on river flats, in the shadow of the Rockies, and if you drive due west you get to the skiing centre of Banff; due north you arrive in Edmonton.

At the highest points of Calgary it’s an impressive view gazing at the snow-covered peaks.

In the airport car park here is a dazzling white Avalon ready to be sampled. Up close and personal the styling is very different to its predecessors. Toyota USA tells me that the car was designed completely in the company’s studio in Ann Arbour, Michigan. Toyota operates two studios in the USA, one in California, and one in Michigan, which also has facilities for final engineering work. Both studios are managed by Design Director Kevin Hunter, and the lead designer on the Avalon program was Miljan Jevremovic. 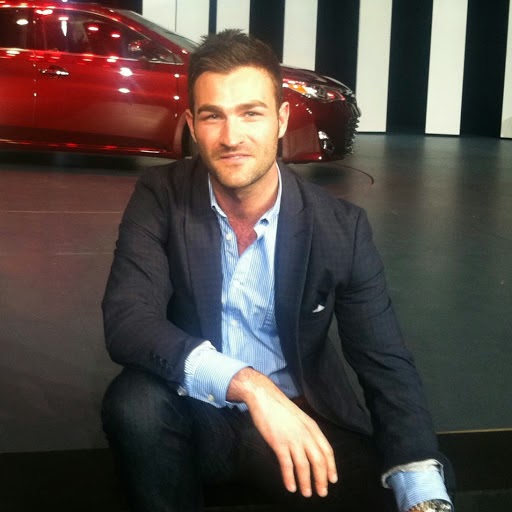 Miljan, who hails from Maine, has worked wonders with the basic Camry platform, stretching the overhangs to give great line and perspective to the car.

The front has a quite aggressive ‘mouth’, and just enough brightwork to give an air of luxury. 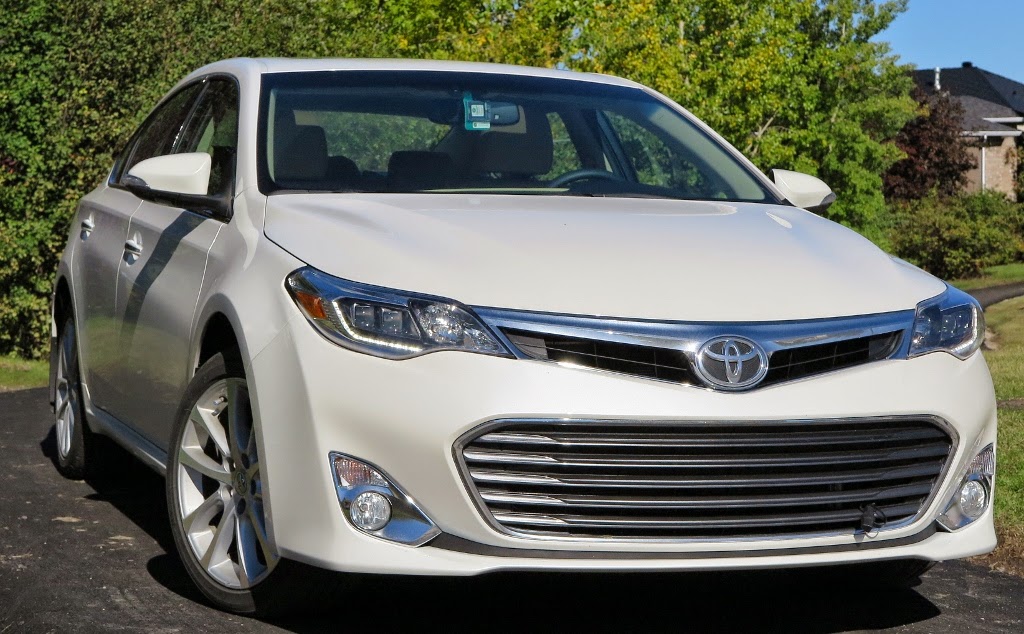 We shot the car at one of the highest points in Calgary, with the backdrop of the Rockies and a mantle of Fall snow.

As a result of manipulating the platform, there is excellent interior space, and a huge trunk. 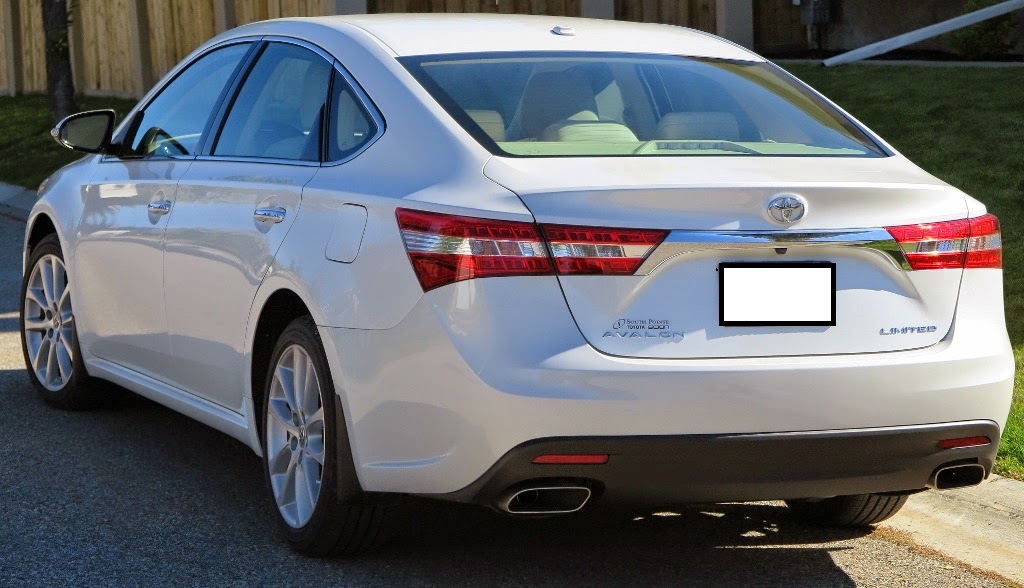 The only area which does not sync with the fresh exterior, is the instrument panel (IP). In my opinion it’s quite jumbled and incoherent, with switches splashed all over in an illogical manner. 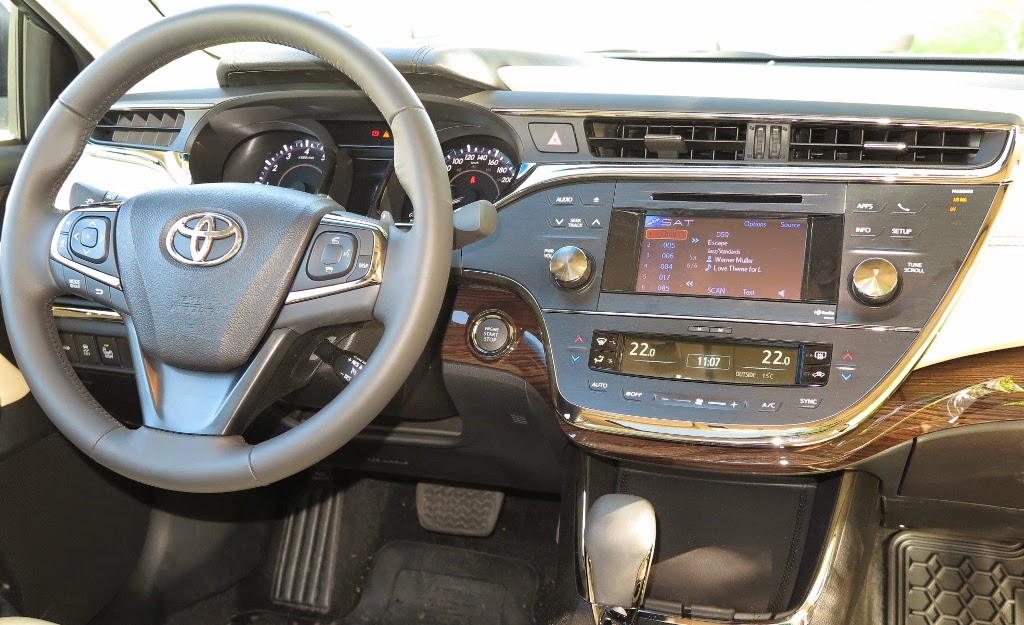 The standard equipment list is impressive with XM-Sirius Satellite Radio; Parking and lane-change sensors, GPS and Lexus-like dials and gauges. At night however, darkness obscures the layout details and the illumination gives it a quite sexy appearance.

So how is it on the road? First, more congratulations to Toyota, for the ongoing evolution of the V6 engine. I first sampled the original V6 in a Camry in 1993 on a Car and Driver test day, and remarked to anyone who would listen that engine was a jewel, with sewing machine precision. 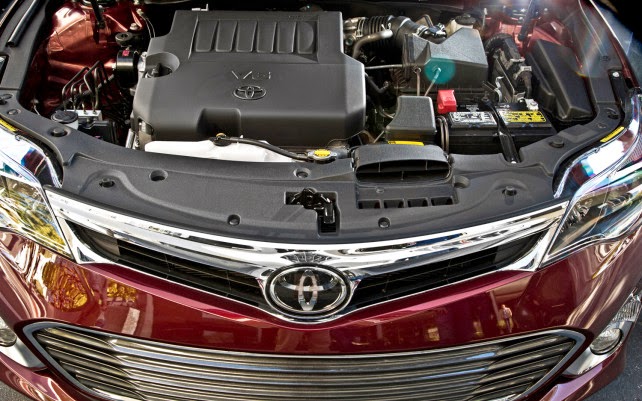 Nothing’s changed. It’s specific power output has increased slightly, but its power and torque curves are very well matched to the six-speed auto transmission. The delivery of power is quiet and smooth, and there’s always enough ‘on tap’ when you need it.

I was very surprised by the firmness of the ride. In a car aimed exclusively at North American drivers, I expected a slushy, indistinct wallow, but nothing like that. The car points very precisely, and is well-balanced. A trace of understeer when it’s pushed, but overall it is a very comfortable car to drive.

The current Avalon may not be "Beauty Unrivalled", but it's very nice package and great value for money - a comparative Lexus is ten grand more - for basically the same car!
Posted by John Crawford at 6:01 PM