The year 1990 was a very interesting time at Jaguar Cars, on both sides of the Atlantic Ocean. 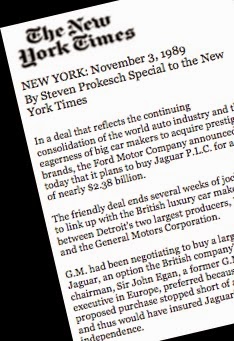 Ford Motor Company had completed its acquisition of the company early in the year, and a group of senior Ford Executives led by John Grant had arrived at the Browns Lane ‘works’ in Coventry, to get a close look at Ford’s ‘new division’.
The revelations were described by John Grant as: “Surprising, in terms of its depth of engineering and technical talent. Appalling, in its management of production and quality issues. Incredibly naïve in terms of dealing with its potential in the developing global market for luxury cars.” It was also hopelessly underfunded.


In August 1990, the Detroit-based Ford executives established what it called ‘The Rescue Team’ for Jaguar. It would be based in Mahwah, New Jersey, because Jaguar Cars North America took 55% of total production.

The Rescue Team would be headed by the new President of Jaguar Cars NA, Michael Dale. An expatriate Brit, who had become a US citizen. Mike Dale had a good handle on what the company needed to do in the USA, to bolster some faith in Jaguar's potential within the Dearborn 'Glasshouse'.

Mike and I were also good friends within the Jaguar ‘family’, and I was fortunate to be asked to join the team as Vice President of Public Relations, a post I took up in March 1991.

The following month, the PR Manager, Mike Cook, suggested we fly to Detroit to meet Motown’s key automotive journalists for dinner at the famous Whitney mansion on Woodward Avenue. 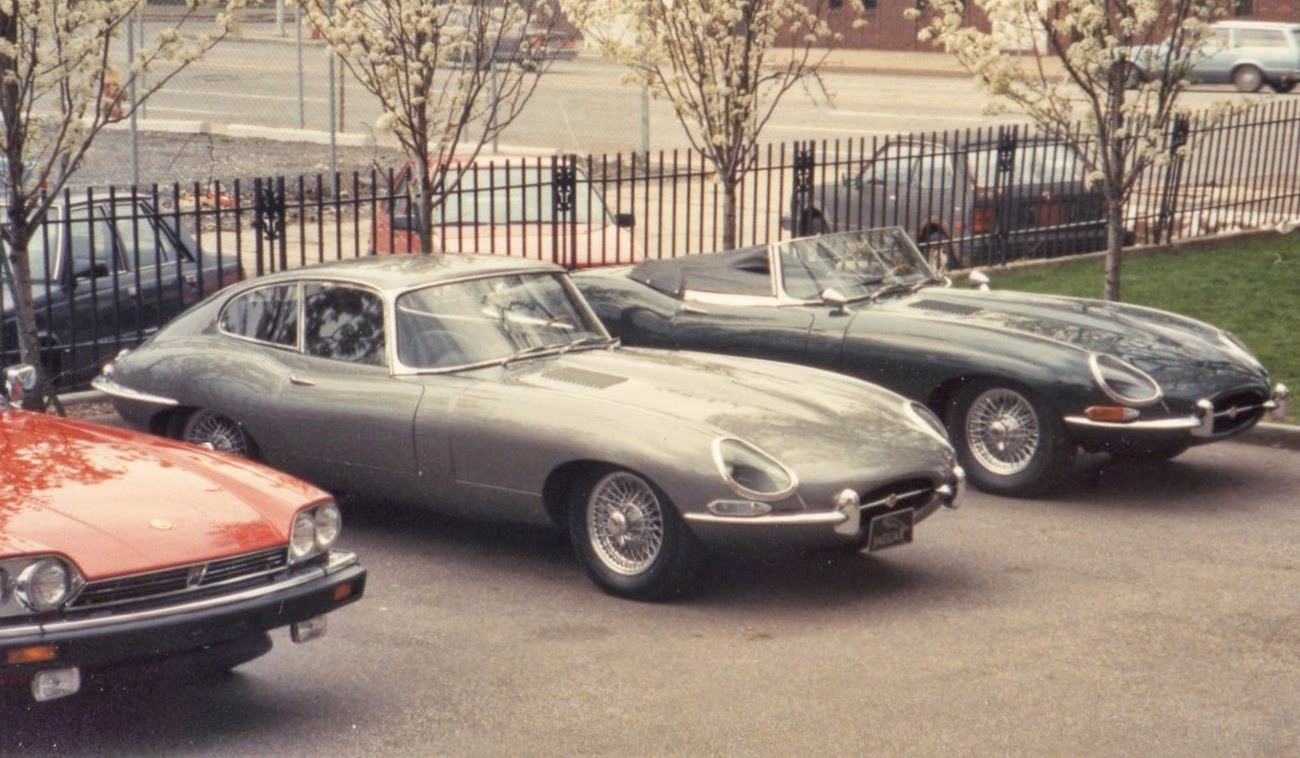 Mike arranged for members of the local Jaguar Car Club to bring along some prime examples of the marque to display on the Whitney’s driveway.

It was here I spotted a beautiful, green 1965 E-type roadster, and its enthusiastic owner, Bill Scott. Over dinner Bill revealed he was a chief designer for General Motors, with responsibility for Pontiac and Oldsmobile.

He loved his E-type, and had owned it since new. Just that afternoon it had been brought to The Whitney from the restoration shop, where a major restoration project had just been completed that day.

Let’s switch gears, and now it’s September 2014, and shortly before I left Australia for the USA, Brian, my soon-to-be host on Cape Cod, e-mailed and said: “I’ve organized a lunch during your visit, and I thought you might enjoy seeing Bill Scott and his 1965 E-type.” 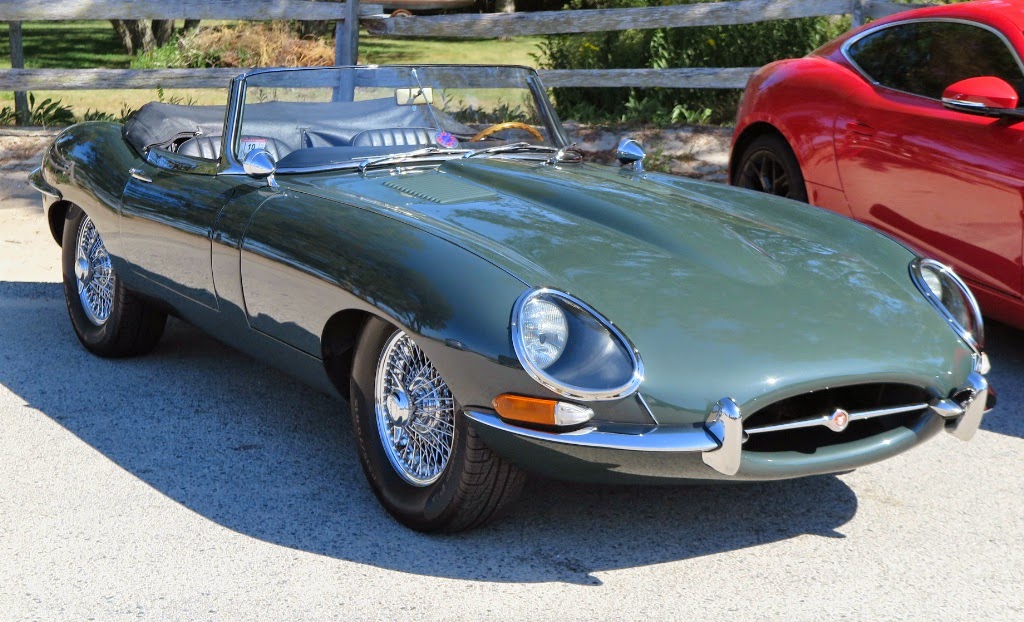 The car looks just as good as when I saw it in 1991, meaning it’s been 24 years since its restoration! Bill had the painter tint the green duco, with a touch of blue, meaning it was more Teal, than its original factory colour.

I think it looks great!

Brian, Bill and I were to meet up at Mattakeese Wharf Restaurant in Barnstable.

As soon as we arrived Bill and I began discussing cars, just like it was yesterday (or 1991). 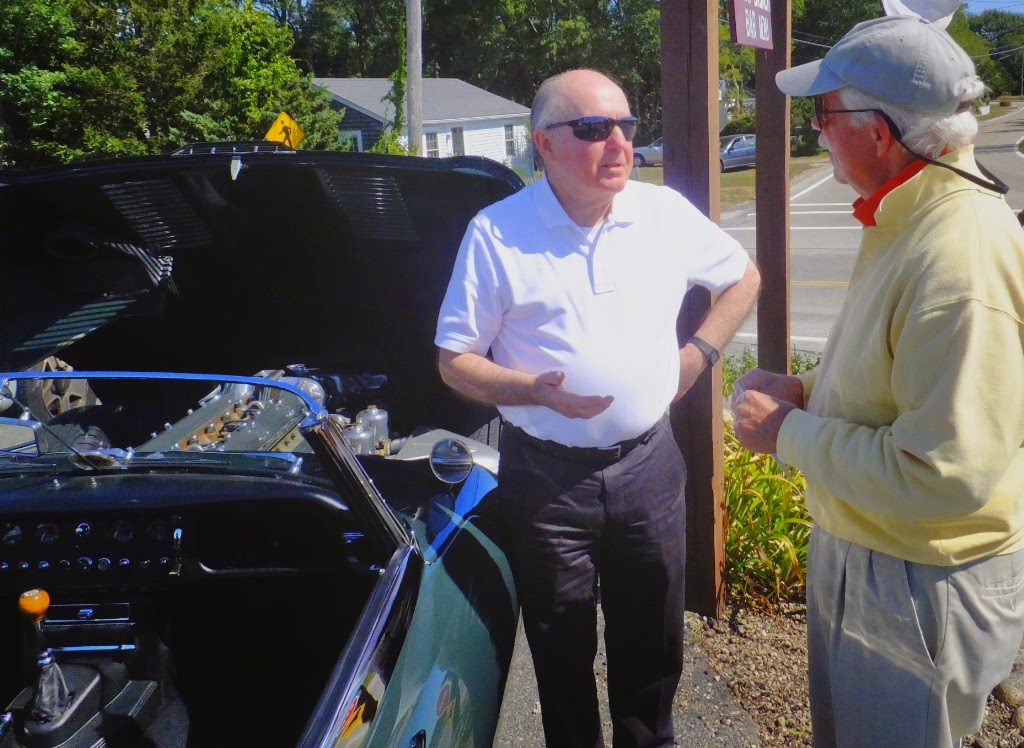 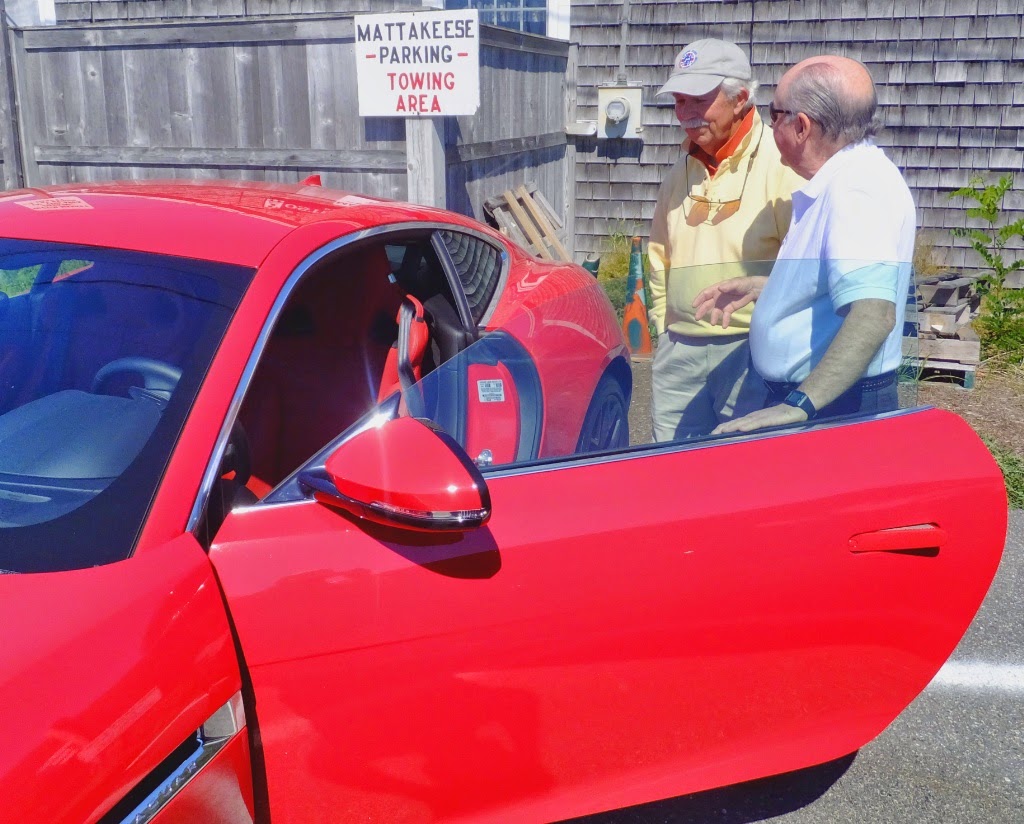 Immaculate is not a good enough description of his roadster. It is sensational!

After a distinguished 38-year career at General Motors, Bill looks back on influencing some of GM’s most important new models. In May 1991 he took on one of his biggest challenges, completely reworking the design themes for Oldsmobile, in response to the new cars coming from Japan and Europe.

Born in rural Indiana, he developed a fascination with drawing and design at an early age, when his contemporaries were more interested in farm studies. His obvious talent, and successful entries in automotive design competitions encouraged his parents to support him to follow a career in car design.

However, it was not just esoteric design interests which was to make Bill a valued design leader in years to come. Bill had great experience as a model builder and tinkerer and also had mechanical skills, which meant he had a greater understanding of the mechanical and practical aspects of ‘design’.

He graduated from California's prestigious Art College Centre for Design, was interviewed, and hired by the great Chuck Jordan from GM, and within a couple of years began climbing the career ladder within GM Design.

Although a highly competent designer, Jordan knew Bill Scott’s talents singled him out as a potential studio manager. He went on to head both exterior and interior studios at GM for several brands, most importantly Oldsmobile.

In 1991 at Chuck Jordan’s urging Bill’s team reworked a chunky 1989 concept car called the ‘Tube Car’ and from it developed the Aurora concept in 1993.


The car was picked up by Oldsmobile, and launched in 1995, with highly acclaimed build quality and tight margins.
Bill was promoted in 1999 to head up a brand new department at GM, responsible for improving design and build quality for all new GM cars.

By 1998, General Motors had gathered reams of research data which showed its vehicle quality lagged imported rivals, both in public perception and in reality. Bill Scott’s efforts belatedly moved the recognition of quality quite a few steps up the priority list at GM’s Head Office. 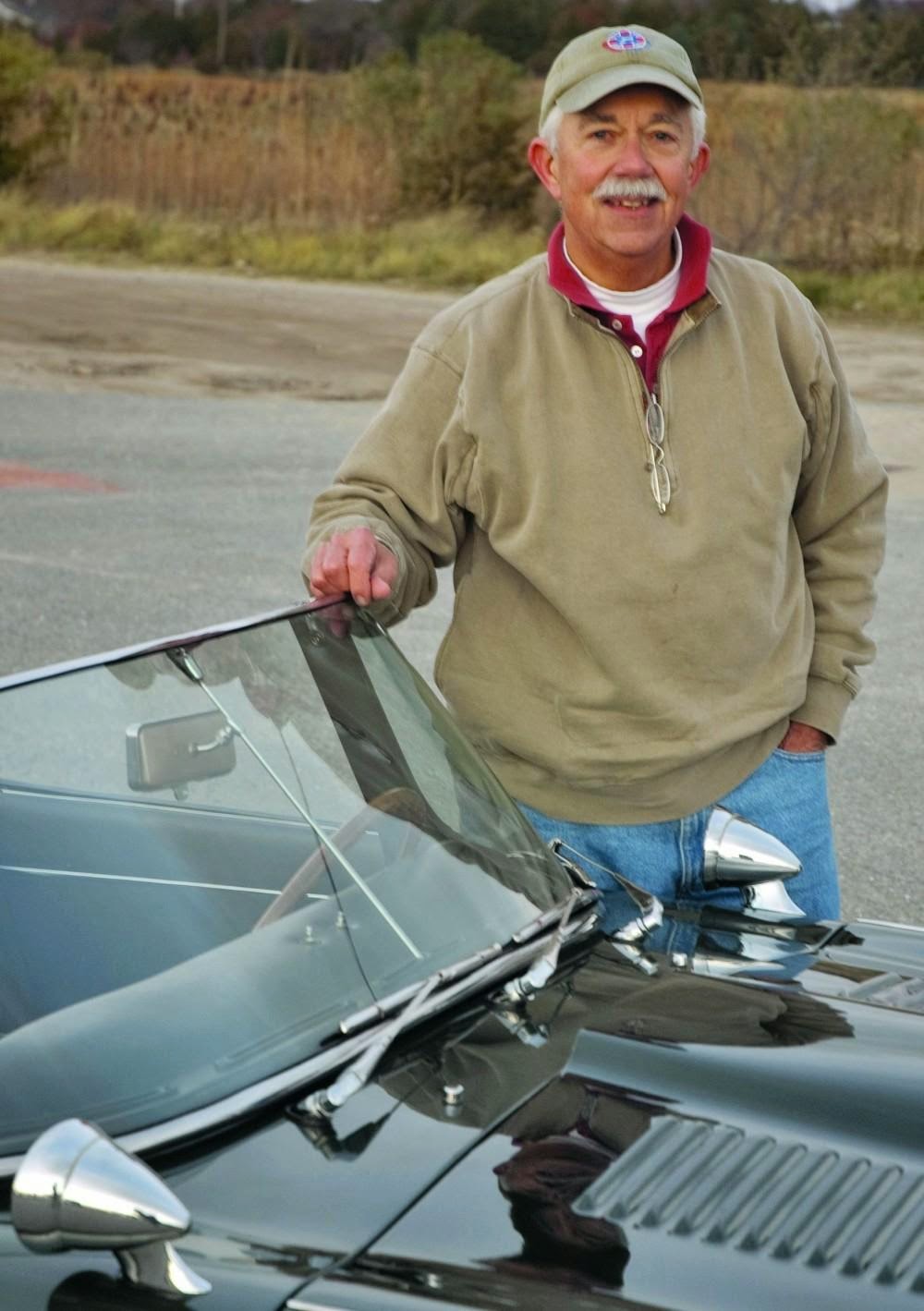 In retirement on Cape Cod Bill and his wife Mary maintain their mutual love affair with automobiles, as active members of the Cape Cod British Car Club.

When we lunched together and discussed both old and new Jaguars in great detail, it was heartwarming for me to renew an acquaintance with a man whose skills and experience demand respect.

Plus it confirmed yet another talented designer on my list of design pals whom I admire and appreciate.
Posted by John Crawford at 6:08 PM