How To Manage an Octopus - or Not!

Back in 1993 the Chairman of Ford, the late Alex Trotman, charted a new course for the company - a program called

The idea was to have some inaugural meetings in Dearborn (just west of Detroit city), to put meat on the bones of what sounded like an impressive and farsighted strategy to cut costs, refine model development and consolidate the model catalogue.

I was serving as Jaguar North America's Vice-President of Public Relations, and I was invited to the first couple of meetings, joining a team led by Edsel Ford.

Trotman's plan was to have everyone in the Ford stable of brands meet with senior Dearborn management, so everyone would feel included in the process and be free to contribute new thinking. 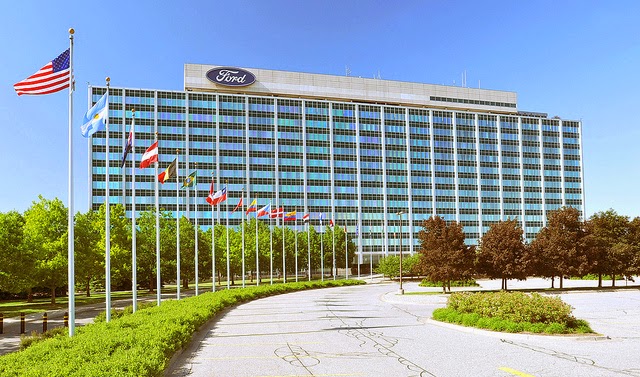 One of the things that has continually plagued Ford (from a global perspective) was the power, influence and empire-building tactics of the Ford Division engineering management cadre within Dearborn. It was totally US-centric, so what was good for Ford Division was okay, and everyone else could take a back seat.

Uh-oh, trouble coming down the 'Pike.

Alex Trotman's good idea was completely eclipsed when he put foxes in charge of the hen house, by appointing some of Ford Division's senior engineers to head up the FORD 2000 project. This decision virtually guaranteed that (as far as the engineers were concerned) nothing would change. Their  individual empires would remain intact.

Result? FORD 2000 dwindled into obscurity (intentionally) because managing Ford's far-flung global empire was akin to trying to manage the whipping tentacles of an octopus.

First of all, the senior Ford engineers in the USA cared nothing about what Ford of Europe, Ford Asia Pacific or Ford Australia wanted or needed. Ford Division called the shots totally.

One of the best examples centres on a model program known internally as DEW98. I'll explain more on this later, but right now let's fly over to Coventry, England and the Jaguar headquarters in Browns Lane.

Jaguar Cars, run by the skilled and affable Nick Scheele, and his Chief Engineer, the equally-talented Jim Padilla, were putting the final touches to a plan to meet and beat the BMW 5-series, in the market segment it dominated.

Jaguar's big saloons were doing well, thanks to excellent quality control improvements by Padilla's team, but there was greater volume opportunity in the smaller segment where the 5-series reigned supreme, and this may even lead to Jaguar making a profit! Hell, it might even give Ford some return on its investment!

Jaguar put forward the package dimensions, powertrain requirements and design targets. At a similar time Lincoln-Mercury put forward a concept for a similar car, along with Ford Division, which wanted to build a new retro-look Thunderbird.

Here is where Trotman's FORD 2000 was supposed to deliver on the program's potential. Let's combine the three companies somewhat similar needs, and see if we could build three cars off one platform. So the DEW98 program was born.

And now, the scene is set for the Dearborn-based engineers to strike a fatal blow to FORD 2000. The DEW98 program would be led by the Thunderbird team, and in fact that team held the first few DEW98 program meetings in virtual secrecy, so that the demands of the Thunderbird project would be established, locked-in, and be a done deal by the time the Lincoln and Jaguar engineers could get involved.

The outcome, simply, was a camel. Lincoln didn't get the car it wanted, it got the car eventually named LS, which fell well short of the Lincoln-Mercury program targets.

Jaguar, which had very fixed views on the car to successfully compete head-on with the BMW 5-series, didn't get any satisfaction either.

Ford Division got everything it wanted for the Thunderbird,
which was only planned for a production run of 40,000 units, way less than Lincoln or Jaguar were planning between them!

The resulting Jaguar model was the S-type. Jaguar design chief, the late Geoff Lawson, had already designed a car around the original concept, and that car was virtually scrapped, and hastily redesigned around the dimensions fixed by the final DEW98 platform.

So Jaguar's future business plan, which would see it build two discrete models in two profitable segments, and perhaps help it make money, were dashed by Dearborn engineers. That's what you call 'Help from Head Office', right?

Of course, when Boeing Corporation's Alan Mulally came along to take over as CEO, he established the 'ONE FORD' policy, which set out to achieve what FORD 2000 didn't have a hope in hell of pulling off.

Mulally was much more successful. He obviously had the kahunas to stare down all the parties with a vested interest in maintaining their little empires, because ONE FORD is now completely accepted.

Even as far back as FORD 2000 in 1995, it was suggested at one of the early meetings there should be some serious post-Falcon planning. Ford Australia however decided to remain clinging to a fragile limb of independence.

Thus the Falcon Motor Company of Australia, was told two years ago that it would not be building the indigenous Falcon beyond 2016, after decades of defiance to Dearborn.

Now it's a matter of fact that Falcon will be dead and buried by 2017, and Ford Australia will be taking cars spawned by ONE FORD, in Dearborn, like it or not.

Having just spent a month in the USA and Canada witnessing the success of the current Ford Fusion, I can say that it's not before time, that Ford Australia was pulled into line.

I'm sorry to see the Falcon depart. The inline six package in the latest Falcon XR6 is one of the best cars ever produced by Ford's clever engineers in Australia, on tiny budgets, compared to Ford's behemoth budgets in USA and Europe.

The latest Fusion could be the best Ford mid-sized car I've ever driven and the styling, powertrains and interiors will ensure it could find a lot of buyers in Australia. Yes, it will have a turbocharged Ecotec 2-litre engine, but in the Fusion package it has become a best seller in the USA.

The dumbest thing Ford Australia could have done was to try and change the mindset of Aussie Falcon customers by offering a 2-litre engine in the Falcon. That was NEVER going to work. It's a great engine, and if you dress it up in a new set of lightweight clothes, most Aussie buyers would have found it entirely acceptable.

I think it's very impressive that Ford Motor Company was the only US automaker not to ask the US Federal Government for a handout to survive the GFC, and it is now reporting impressive profits, thanks to Alan Mulally's tough-love approach. 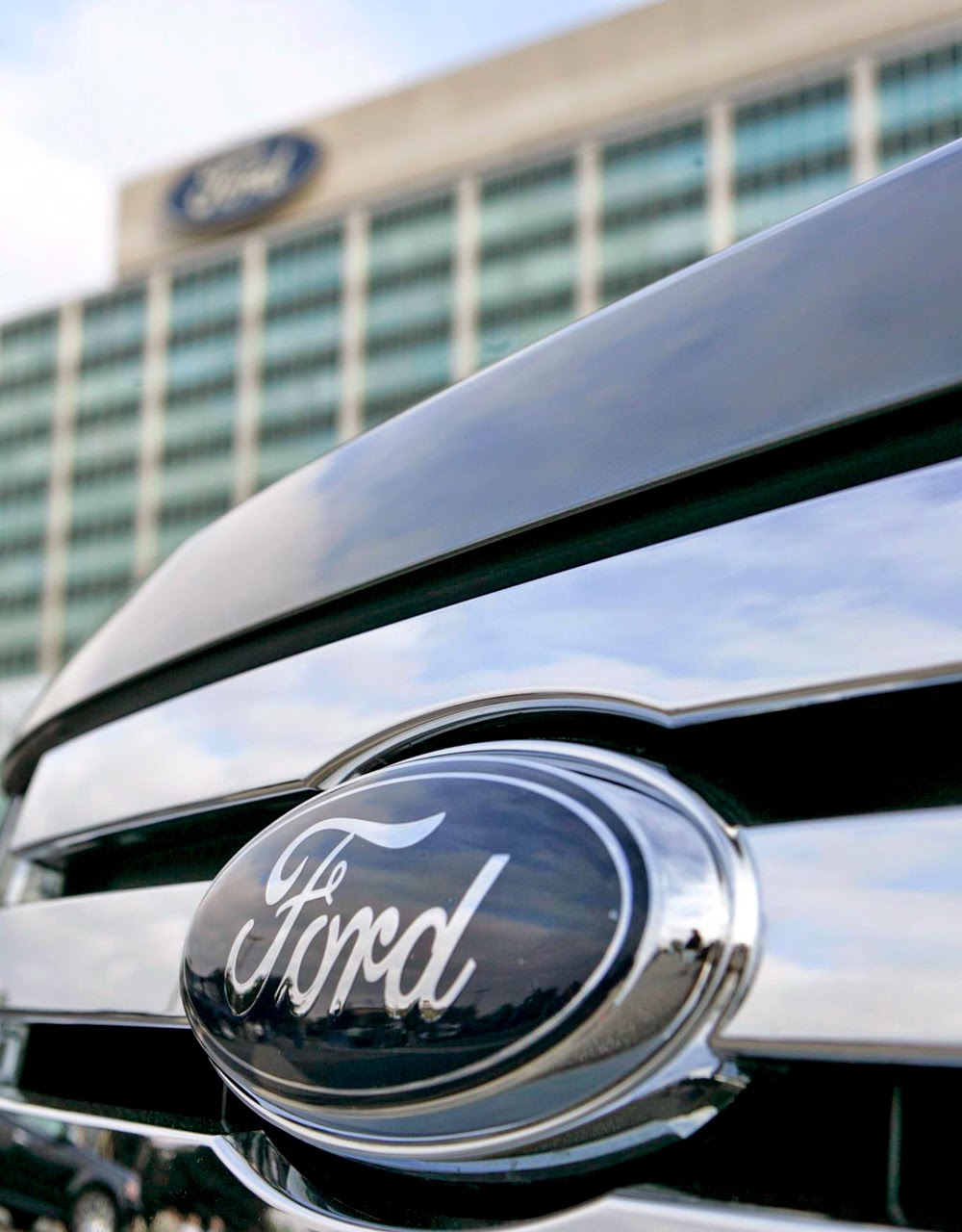 So you see, out of petty, empire-building there was a successful company hiding away in Dearborn after all. Ford's biggest problem was trying to control the octopus, which was energized by petty, regionally-based vested interests.

Oh, and now we have to watch and see whether Mark Fields has the right stuff to maintain and build on Mulally's legacy?
Posted by John Crawford at 10:48 PM