In the context of brand building, the Beatles’ hauntingly beautiful lyrics of their hit song seem entirely appropriate for this story: 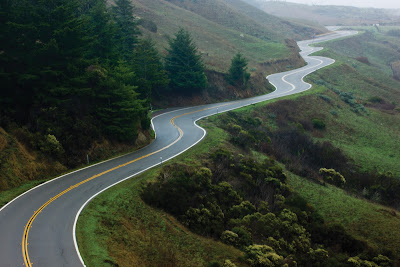 The nirvana for aspiring car brands is to arrive at the door of the discerning buyer with instant acceptance of the brand values, its quality, integrity and fulfillment of promises made.

Today we look at two Korean carmakers, now part of the same family, Hyundai and Kia. 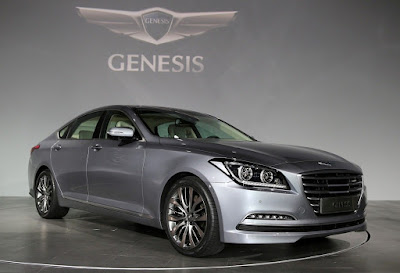 The cheek of Hyundai, pushing their upmarket Genesis sedan into territory already dominated by brands like Lexus, Cadillac, Infiniti and Lincoln. 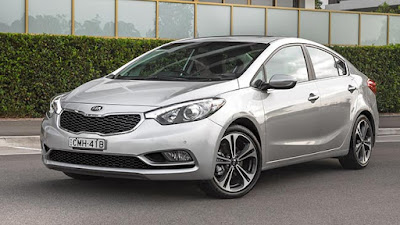 Whilst stablemate Kia is boldly shoulder-charging itself in amongst Volkswagen, Ford, Toyota and Mazda.

Aspiration is a wonderful thing, because it feeds vision, creativity, commitment and resolve in order to achieve success. However, it’s not something you really commit to unless you have the stamina for the journey along the long and winding road.

The most recent example of shoulder-crunching your way to the head of the pack must surely be Lexus, beginning its campaign in 1983 in a clandestine, almost skunk-works operation inside the bowels of Toyota, working on a flagship sedan project called F-1. The mythology behind the creation of the marque is the stuff of fiction writers. 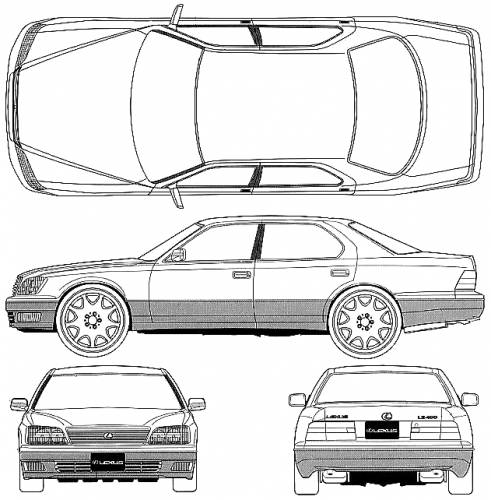 Mr. Toyoda decreed that five teams would compete to design, create and build a project car, only one of which would be chosen. The teams were given absolute carte blanche, to do ‘whatever’ it took to make their project a winner.

They did not have to use existing powertrains, bodyshells, platforms, components – they were free to spend ‘whatever’ they needed to create the project from the bottom up. Yes, including building entirely ‘new’ engines!

Ultimately two teams got closest to the goals set by the company founder, and it was decided (in typical Japanese consensus manner) they would combine their best ideas, and in 1989 the Lexus LS 400 was introduced to the luxury sedan market – sending shivers up the spines of the existing players. 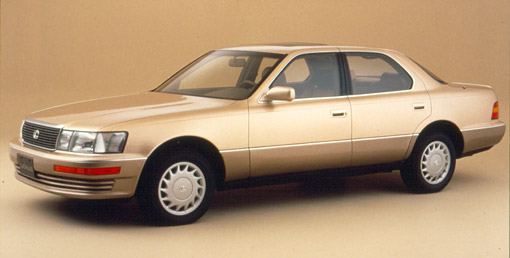 It was a brilliant product, accompanied by brilliantly innovative marketing.

To ensure the success of the F1 project Toyota would ultimately spend just over USD$5 billion! Now you see what I mean when I said that you have to demonstrate unequivocal, unreserved, unqualified, commitment.

Toyota was serious – and proved it, conclusively. No car company has ever committed to a single project like this since.

However, the ultimate success of aspirational goals is not just the quality of the finished car. Anyone can achieve that – it’s just a question of how much money you want to throw at it. And also, it’s how creative and innovative you are at stepping over the conventional boundaries to establish yourself as a serious player.

Believe me you must think out of the box. Again, I turn to Lexus to prove a point. 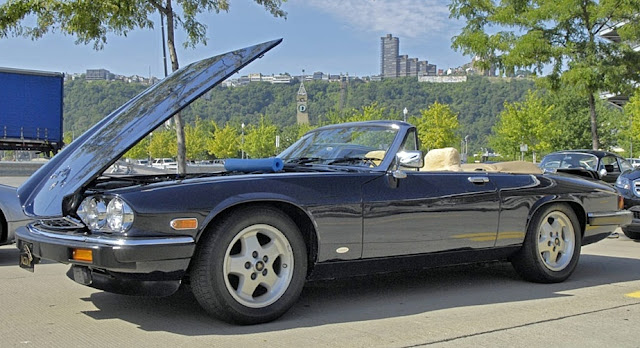 Not only that, because Jaguar was badly underfunded it did not have the wherewithal to make good on its promises, by keeping faith with its customers in fixing the myriad problems. Jaguar owners learned to love their problem child, and live with the consequences of their decision to buy into the legend.

Toyota/Lexus learned an important lesson from the disappointment written large on the faces of Jaguar owners. Back up your product with bold, instant, decisive action, and follow through until the customer is totally and completely satisfied.

Other prestige marques also had their quality issues, probably none more so than Jaguar, but for every Mercedes-Benz, BMW or Audi owner who had a complaint with their car, Lexus would wade into the marketplace with a bold customer support plan that would instantly establish Lexus as the luxury car you could aspire to without any fear of the consequences of your choice. 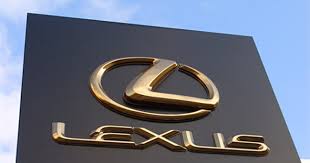 Perhaps the most decisive blow Lexus struck against the established competitors was its policy of ‘completely replacing’ a car which had problems. No arguments, no petty squabbling. If you were not satisfied, you got a new (yes, another) car. Simple as that!

Mind you, the initial quality of the LS 400s on sale in the USA in 1990 was so good, Lexus totally replaced very few cars in fact. But, I personally know of two cars which were replaced over relatively minor issues.

I knew the owners personally, they lived in my New Jersey estate, and they were ecstatic and vocal advocates for Lexus. They did more than any swanky, wanky advertising could do, to build confidence in the brand.

Bold? Yes. Expensive? Yes. But worth it? Most definitely. The Japanese are known for taking the long view, and this was a great example of that philosophy. Mr. Toyoda, and the Lexus team take a bow.

Of course, it helps to have autocratic leadership and not allowing anyone to veer away from the goals and aspirations.

So, how do you repair and strengthen the ‘Contract of Confidence’ carmakers enter into with their customers?

In the case of Jaguar Cars North America, under the dynamic leadership of its President, Michael H. Dale, in 1993 the company announced a radical marketing move.

You could buy a Jaguar and get a 30-Day Money Back Guarantee if, for any reason, you weren’t satisfied!

And, not just the negotiated deal, you got ALL the money it has cost you to buy the Jaguar!

The scheme was only made possible by the dramatic improvements in vehicle quality wrought by the Chief Engineer, the determined and resolute Jim Padilla.

He introduced the Japanese concept of ‘Quality Circles’, and he encouraged the folks on the production line to wholly engage with improving vehicle quality out of the aged Browns Lane facility via their own quality initiatives.

The automotive media, and many of the American Jaguar dealers thought it was a crazy idea, and would cost Jaguar millions. 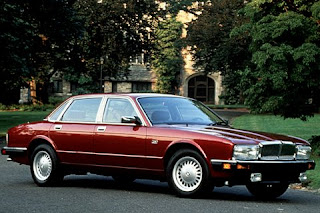 As it turned out, only 12 cars were re-purchased in 12 months. Two with genuine complaints, and six frivolous returns from people who just wanted to drive a Jaguar for a month and then give it back!

And so it goes with impressively long warranties, such as Kia Australia’s 7 Year, Unlimited Kilometre warranty. It’s the longest warranty offered in Australia, by any carmaker. 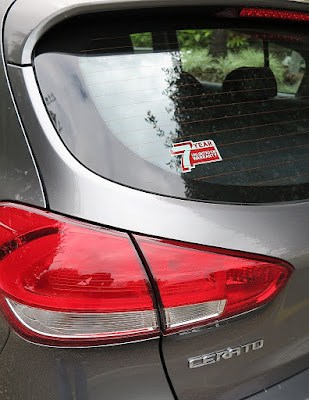 Lest you think the obviously cynical thoughts, such as: “Must be a bloody awful car if they’ll warrant it for 7 years!” you’re wrong. It’s just the same as Jaguar North America’s 30 Day Money Back Guarantee.

You can’t offer it unless you’re wholly confident in the initial quality of the product – otherwise the carmaker would go broke.

Now have a look at the 2015 results of the J.D. Power Initial Quality Study (iQS). Kia and Jaguar are second and third behind Porsche. For Jaguar this is not unusual, because it has featured in the Top Three every year for the past ten years. 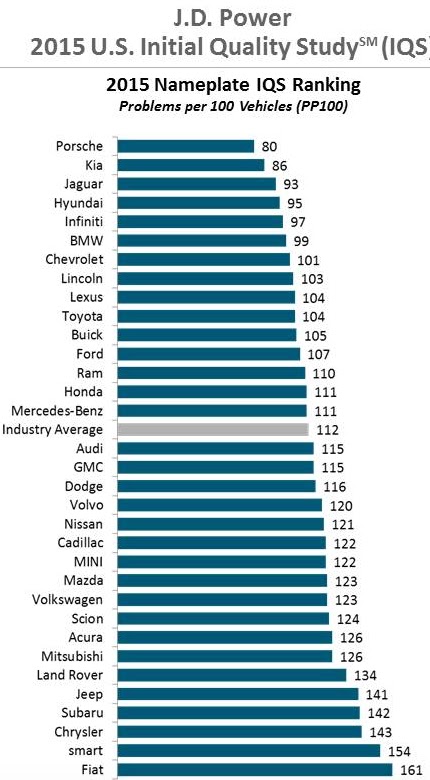 NOTE: Look at which company is 4th. Hyundai!

Kia’s ascension to second place reflects a fast-growing improvement in the quality of Korean cars made by Kia, and Hyundai, and has led to J.D. Power executives revealing that the Japanese carmakers are falling behind.

That’s part of how you ‘Build a Brand’.

More on this subject in Part 2.

Posted by John Crawford at 4:41 PM