Ah, the all-Aussie Falcon FG X – last in a long line since 1960, and I have to say they saved the best till last! Especially the XR 8! 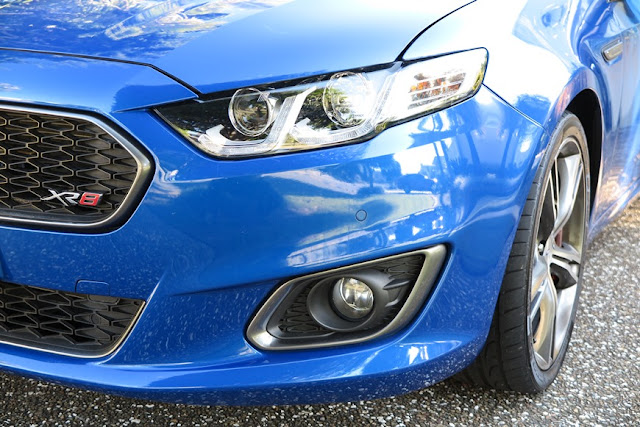 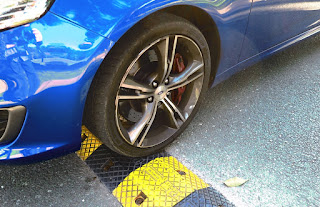 However, first the major gripe! Supermarket carpark speed bumps are murder on the kidneys! The offset? It doesn’t matter a damn.


As you pull away for the first time the lumpy low-speed ride is immediately obvious, and you begin to wonder if you can put up with it. The offset? 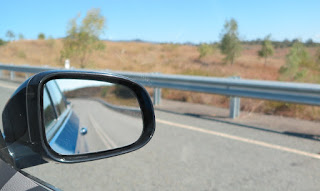 Out on the highway the ride is noticeably better, thanks to excellent suspension tuning, and the damping effect of the 1815kg package thundering down the road. 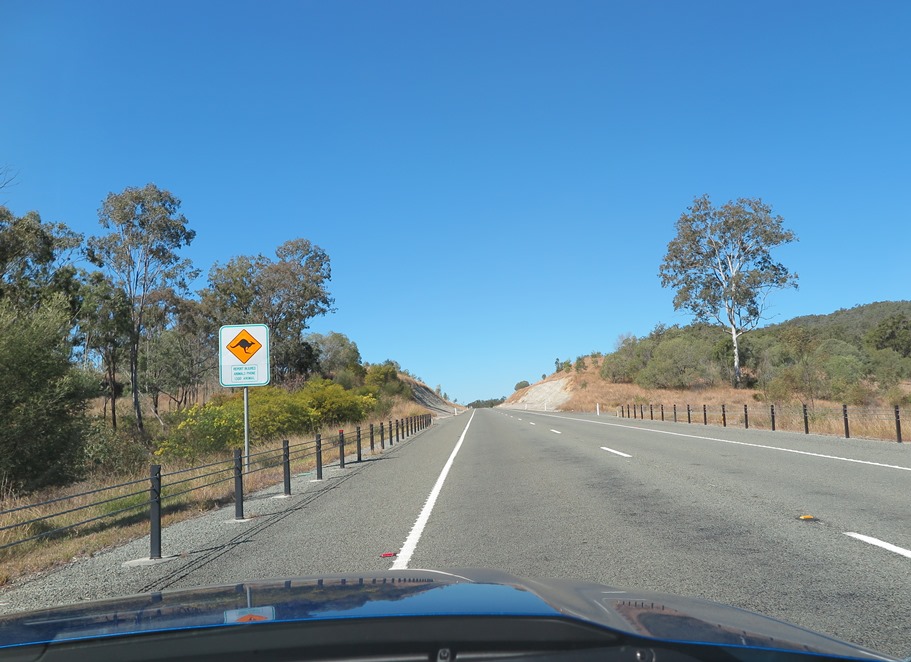 And thunder it does!
Mind you, it's a bit tricky on an outback gravel road - there's just s-o-o much power available. 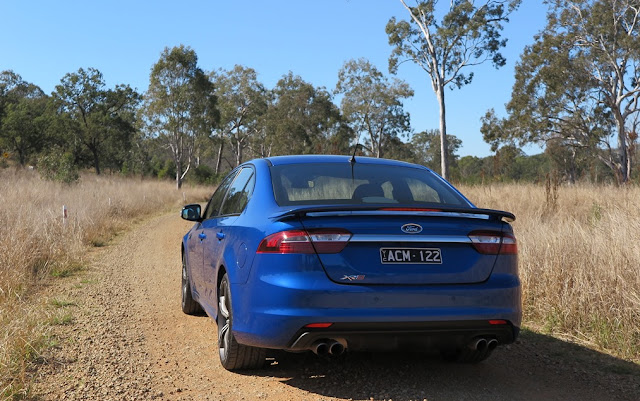 The XR 8 is a blast. In more ways than one. The silky-smooth supercharged V8’s performance is stupendous. 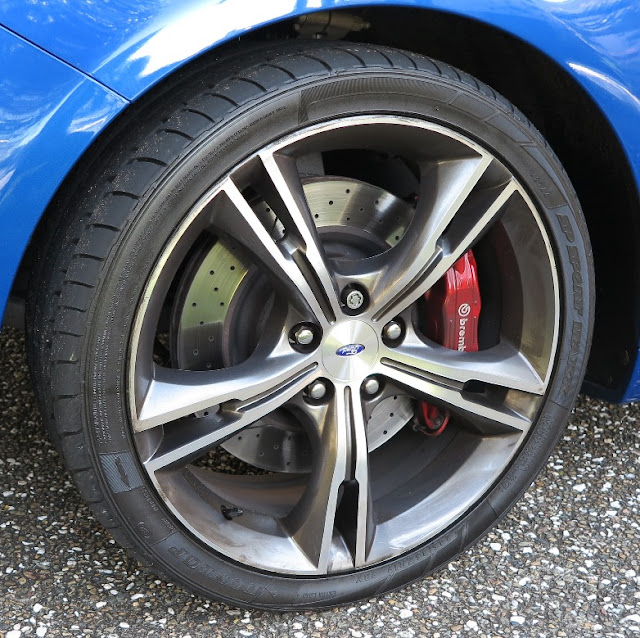 The grip from the 245/35 SP Sport Maxx tyres on 19" alloys  is fantastic. The handling is pin-sharp, and the stopping power of the 4-pot calipers on the Brembo front discs is awesome. 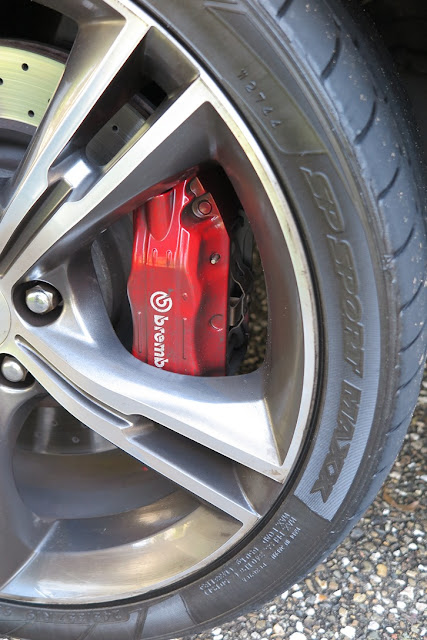 This is really a Falcon GT with a different badge, and what a way to exit stage left!


I wanted to drive this car, and write this story, as a tribute to the men and women of Ford Australia who designed, created and built this car.

Sure, in sheer engineering terms, it’s a primitive dinosaur, but putting together a world-class package, with a miniscule budget has been Falcon’s claim to fame for many years, and this final edition doesn’t disappoint. It’s a class act. 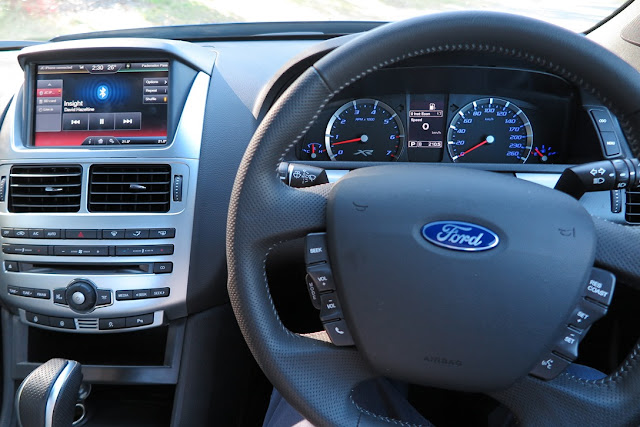 I have been very critical of Ford Australia management on my Blog, and I do not resile from my view that intransigence by the Falcon Motor Company of Australia put the final nails in Falcon’s coffin.

However, I am the first to champion the quality and integrity that the local teams have engineered into this car. They have done a great job, with a piss-poor budget.

But indigenous Falcon manufacturing had to go, it was simply time to stop dumping dollars down the drain. Falcon-sized family cars are on the nose in Australia - if it ain't a Compact SUV or a Corolla, we don't want it!

And this final Falcon is so unique (meaning that nothing about it fits in Ford’s global engineering recipe book), that it simply was too expensive to accommodate any longer.

What about this final Falcon? How does it stand up to scrutiny?

First, you have to look at it with two sets of spectacles. In the initial appraisal, as you drive the car, it’s a joy. The seamless, linear, performance of the supercharged V8 is both effortless and impressive; the shifting of the ZF six-speed automatic is beautifully-programmed and the handling is fantastic. It turns in sharply, responds with great haptic feedback; and delivers the driving pleasure you paid for.

Secondly, as good as it goes, and looks, there are so many aspects that are dated, not up to contemporary values and lacking in competitive technology. All that is a function of small local development budgets, and the fact that Falcon is an orphan in a One Ford world.

On a purely native evaluation you don’t have to spend much time behind the wheel to appreciate what a great muscle car the XR 8 is. The grunt (335kW) is mind-boggling, and for a starting price of AUD$52, 490 it’s a bargain high performance supercar. 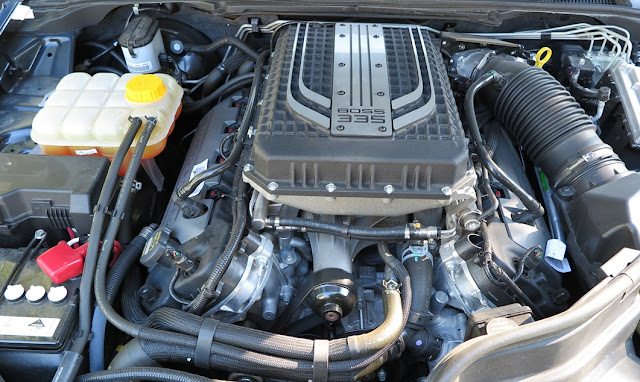 Yes, I know Falcon and Jaguar buyers are classes apart. But, if sheer performance, and adequate standard equipment is your thing, then the Falcon XR 8 is not only great value, but a well-built car as well.

A survey of FG Falcon buyers reveals they love their cars, and reliability has been a big part of the owner satisfaction. No recalls, reliable components and improved fuel efficiency has made an indelible mark on the owners. 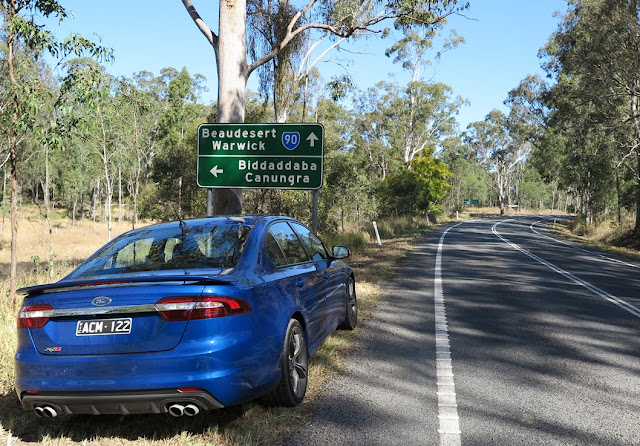 I took the XR 8 on a meandering 300km squirt of SE Queensland, taking in the lumpy and bumpy Mount Lindesay Highway and the towns of Rathdowney, Boonah, Beaudesert and Canungra. I had a ball, and even more so because wherever I was, all the traffic seemed to be travelling in the opposite direction.

The instant, scintillating performance of the supercharged V8 meant I was out and overtaking the slower cars before I needed to worry about oncoming traffic.

Evaluating this car puts me in a quandary. I want to sincerely applaud the achievements of the local design, engineering and manufacturing teams; but given my years of experience, it’s like saying that the 1999 BMW 3 series was a good car, which it was. But the reality is that the 2015 BMW 3 Series is vastly better! 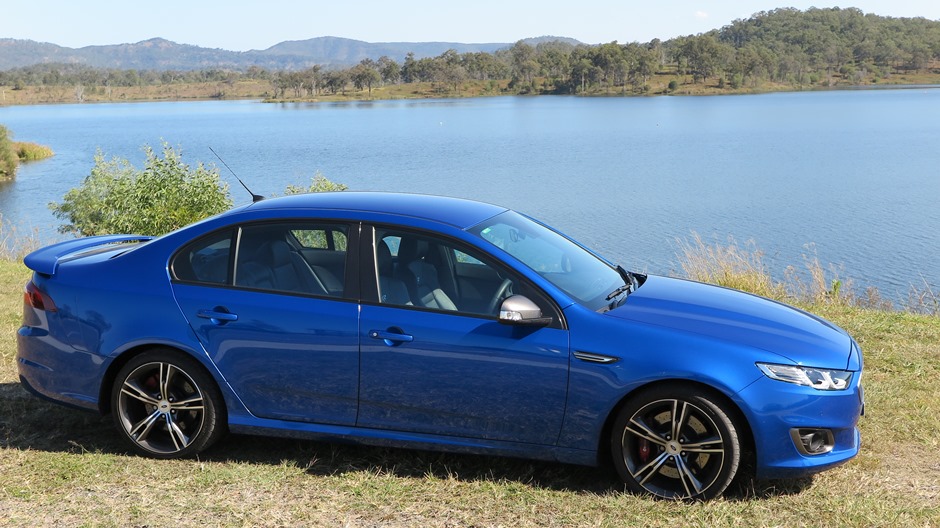 What Ford Australia has managed to do is to endow an ageing package with enough appeal to ensure you still love it, despite its age. That’s sad isn’t it?

Hundreds of Ford Australia employees have toiled long and hard for this result, and their dedication, skills and innovative thinking should be worth more than that as an epithet.

Make no mistake, the FG X Falcon is a genuinely collectible piece of Australian automotive history.
It's a keeper! Buy one today!
Posted by John Crawford at 9:39 AM