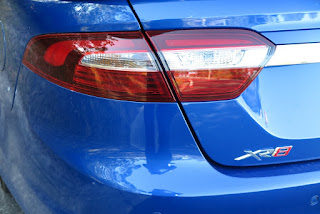 During my time with the FG X XR8 Falcon there were a number of interesting items, I want to focus on: 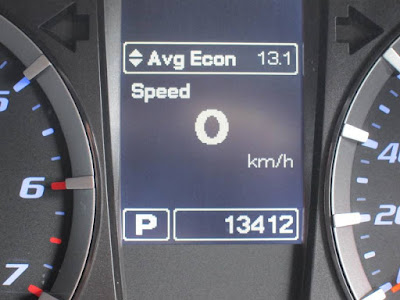 Fuel economy: I’m joking here, but I did begin to think that maybe Ford had ‘painted on’ the average fuel economy numbers in the digital readout on the IP

It did not matter ‘how’ I drove the XR8 – lead-footing over the hills and dales, or coasting around the Gold Coast, the ‘average’ fuel economy was 13.1 L/100km.
Still, what do you expect from a 5 Litre supercharged V8 that invites you to bury your foot in the floor? 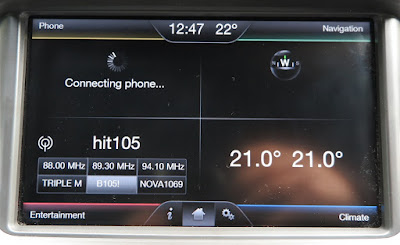 The Sync 2 operating system in the Head Unit: This Microsoft-based system works really well, and is very intuitive. By that I mean that it’s instantly easy to use without leafing through an owners' manual that’s centimetres thick. It just works. Within a few minutes my iPhone was paired and I had music coming out of the system to soothe the savage beast within me.

The quality of the audio: 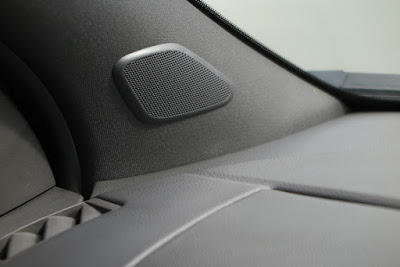 With tweeters mounted high above the dashboard in the A-pillars, but in line with your head/ear height, the audio system delivered excellent sound quality. The adjustments provided in the ‘Settings’ menu allows you to tailor the sound quality exactly how you like it. 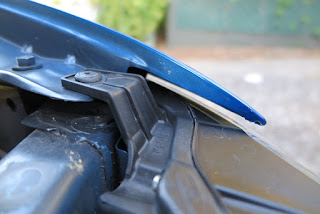 Back in June 2012 Driving & Life published a photo of the upcoming 2014 American-designed Ford Fusion, and postulated that the FG X Falcon would boast a similar front end design.
As you can see, we were right!

What I didn’t realize was how much the subtleties of the panel shapes would challenge the Ford Australia designers and toolmakers. 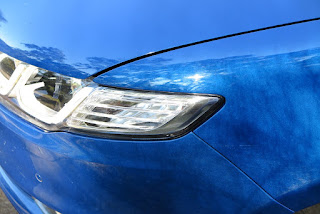 Acheiving this ‘sharp end’ on the front fenders is a risky styling/production maneuver, because to get the required result you end up with a cantilevered leading edge which is not only very difficult for the toolmakers, but also the manufacturing guys. 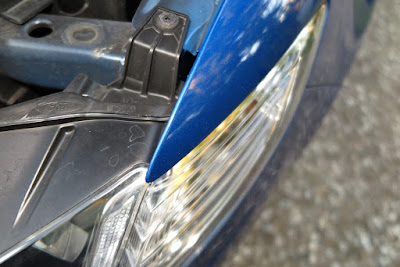 From the Ford Australia design studio Nima Nourian, one of the lead designers on the FG X Falcon adds:

I think the main challenge for executing the birds beak on the Falcon was to maintain the sharp corner and to not compromise the attitude of the headlamp periphery in any way. From a design perspective the expression of the headlamps was a key driver to achieve the face of the new Falcon.

We explored a few alternative ways to get around the feasibility issues around the fender area but they all lacked the visual punch in terms of appearance. We had a lot of talented people working on this area and as a team we all agreed along with Craig Gericke and Jon Crockett and the rest of the engineering team that we would do whatever it took to achieve the design intent.

It took a few iterations and we found a middle ground where, with a few minor tweaks to the periphery and a lot of support from the Stamping and the Closures teams we found a feasible solution that maintained the design intent of a sharp expression on the headlamp.

It was a great collaboration between the Design, Surfacing, Design Engineering, Stamping and Closures (as in panel tolerances) teams.

The finished product shows the maturity of everyone and every team involved. What a pity we will lose many of these skills when local manufacturing finishes. 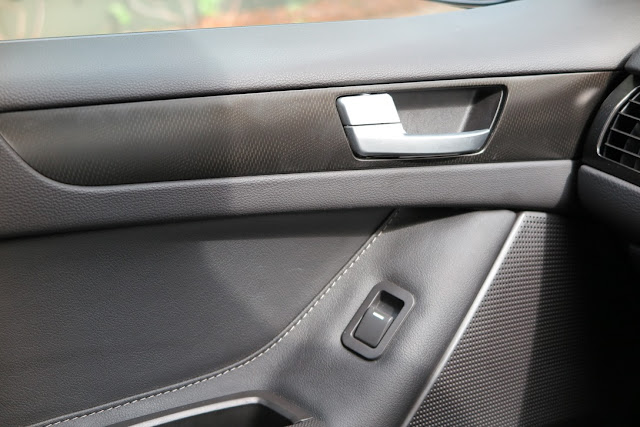 Some commentators have remarked fatuously  on the ‘faux  (fake) carbon fibre' finish on the upper door trims, but actually it is beautifully resolved, well-made, and entirely suited to the hard-edged image of the performance versions.

What this all means is that we should respect and admire the talents of the local Ford Australia employees – in design, production execution, manufacturing quality, and overall fit and finish standards.

No country in the world which has benefitted from a car manufacturing industry has ever willingly given it up. Why was it that Australia had to set a trend in this area? I’ll tell you.

The fault lies entirely with the parent companies, not the government of the country. If car companies decide to ‘completely manufacture’ cars from the ground up, in a low volume, high labour cost environment, then you must also plan to get a decent return on investment. The company must also be totally flexible in reacting to changing conditions.

That means making as many cars as you can in that facility and selling as many as possible in whatever markets are available. The export of Australian-made cars needed to be a much higher priority than it obviously was in Detroit and Dearborn.

The Yankee HQs simply didn’t try hard enough to make the Down Under divisions sustainably profitable, and to fully exploit the value invested in these sophisticated operations.

Make no mistake. As I said a moment ago, the manufacturing expertise at GM-Holden and Ford Australia is very impressive, and world class.

The evidence is clear how much the Australian operations are highly valued back in Motown now, by the fact that both GM and Ford have committed to maintain Australian design and engineering facilities. The parent companies at least recognize the value of the assets they have in people, experience and industrial and technological maturity.

Ford Australia has said it will invest AUD$350 million in its local R&D in 2015 and by end of next year more than 1500 people will be employed by those operations. 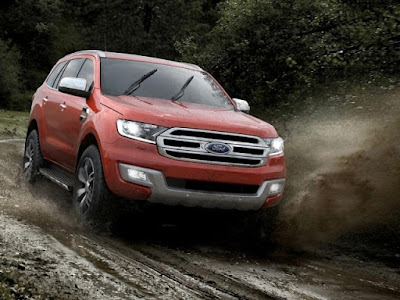 In fact, the soon-to-be-released Ford Everest SUV is a prime example of a car engineered completely Down Under, for global sales.


That’s impressive, but I would have been more keen for Australia to retain complete car manufacturing here, but without Government subsidies.

But it’s the companies themselves which must show the intention and determination to capitalize on all of the investments they have made over the past 68 years.

Seriously, why would you jettison such experience and talent?

This is not a parochial display of sentimentality on my part. These people (at Holden and Ford), and the facilities they have created, are world class, and although I use that phrase a lot, it’s true.

Australians have been seriously let down by lack of imagination and enterprise from these huge American corporations. Our society is the victim of their collective and monumental lack of real business acumen and forward planning, and residual corporate ineptitude!
Posted by John Crawford at 7:19 AM