HOW TO EXTINGUISH AN EV FIRE? NOT EASY! by John Crawford

Yesterday my friend, and Driving & Life contributor, Paul Gover, told me that the only truly effective way to stop an EV fire was to ‘dunk the car in a swimming pool’!

Recently in Texas a Tesla burst into flames.

Firefighters needed four hours to douse the flames, in part because the lithium ion battery kept reigniting. When the blaze was finally over, about 30,000 gallons of water had been poured on it - what the department normally uses in a month.

Electric vehicle fires aren’t common, but they’re different enough from fossil-fuel-vehicle fires that fire fighters need new approaches. One firm in Europe has developed a shipping container-like box in which a blazing EV can be deposited and blasted with water from all sides. But it requires a dedicated truck, making it a costly addition for a fire department. 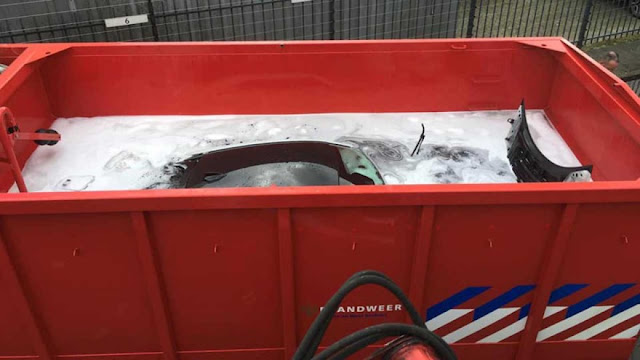 Next year, though, firefighters will have another option—a high-pressure nozzle that can be shoved underneath a burning vehicle to deliver water directly into the battery. 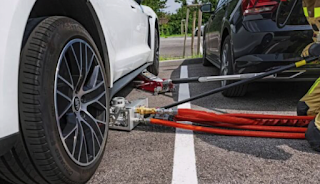 Rosenbauer, an Austrian company that makes fire trucks and other equipment, says it has successfully tested the devices on a variety of battery designs, including pouch, prismatic, and cylindrical cells.

So, EVs are the future, right? Great!