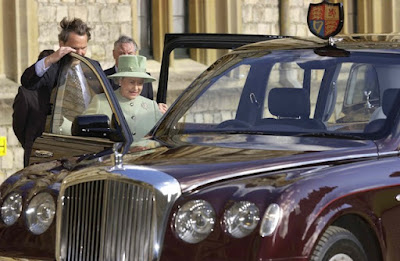 The Royals have been copping a lot of rotten eggs recently, but have no doubt I have maximum respect, admiration and affection for Queen Elizabeth II.
It’s not hard to admire a real pro and the indefatigable service she has given to her country and the Commonwealth over her 90+ years.

I thought it was time for a good news story about a member of the Royal Family.

Back in the good old days, when I was PR Director for Jaguar Rover Australia, one of the highlights of our year was the chance to pilot Range Rovers with some of our best mates in the media into the uninhabited interior of Australia.

It is such beautiful country, and although we stuck to ‘made tracks’ they really tested the Range Rovers’ legendary long-travel suspension, mainly because most of the areas we frequented were national parks, and not on the receiving end of much road maintenance. Our permits and generous donations allowed us pretty much free range to explore the country, but the highlight was always the overnight camp. 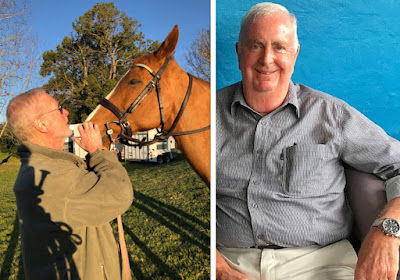 The programs were put together by a couple of dedicated off-road tragics we were lucky to have in the company - my great friends Russell Turnham (left), and his partner-in-crime, Owen Peake (right).

What these two haven’t done, or haven’t experienced in Range Rovers isn’t worth writing about.

Russell was our chief marketing manager, and Owen was ostensibly the Victorian PR manager, but any chance these two could put together a serious off-road expedition, they were off into some of the wildest terrain this country offers.

However, one of the most important elements of our annual treks into the wilderness each year was our guest of honour, Captain Mark Phillips. He was more than happy to join whatever adventure we had planned. 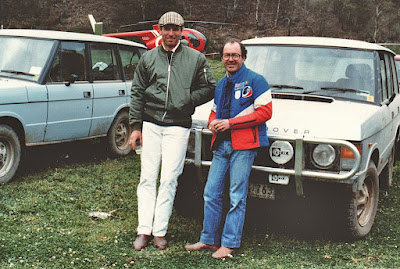 He was fun, and I enjoyed his company, and he’s not only a highly medalled equestrian, he could very competently guide a Range Rover through the toughest tests of the vehicle’s famous capabilities. 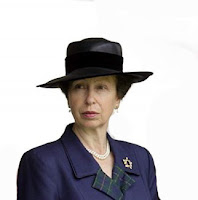 One year, when sadly I was on a visit to Britain, Mark Phillips was joined by his then wife, the Princess Royal. As I wasn’t on hand to enjoy the company of the royal couple, Russell made sure we all got to hear about the conviviality and sense of fun that Princess Anne brought to the event. As Russell says: “She’s quite a gal (lady).”

I’m sure Russell won’t mind me handing over the story-telling to him …….

Ever wanted to invite a Princess camping?

At the time it was 1983, and Australia had just won the America’s Cup, so anything seemed possible.  Princess Anne, the Princess Royal, was on a private visit to Australia with her then husband Captain Mark Phillips.  Over the years both had enjoyed a long-standing relationship with Range Rover so whilst they were here inviting them camping for a few days in Range Rovers seemed a good idea!

First conundrum is where do you take someone who is a household name around the world so they can be away from the public spotlight, yet still offers a truly Australian experience? The Deua National Park near Moruya on the NSW South Coast immediately sprang to mind!  The park is a remote wilderness area covering over 1,200sq km, only established as a National Park a few years earlier in 1979, and was in 1983 still largely undeveloped and unknown except to a small hardcore of 4WD’ers and bushwalkers.  In the centre of the Park is a 20 sq km grassy river valley called Bendethera (below), bisected by the Deua River. 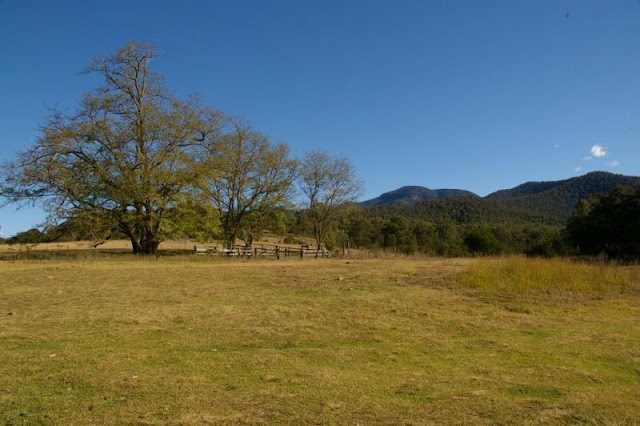 An amazing array of Australian flora and fauna, and as rumour would have it the largest population of goannas per sq km of anywhere in Australia? The perfect place for a high-profile Royal and her equally high-profile husband to get away from it all, and a terrific location to showcase Range Rover’s legendary off-road prowess. 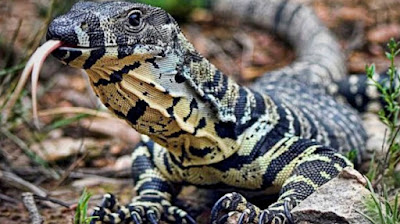 Easy?  Not necessarily!  First yours truly had to inspect the area with the NPWS’s Head Ranger for the South Coast, who was the source of the rumoured goanna statistic and all-round good guy.
First creek crossing heading into the valley we stopped near a tree and an eyeball confrontation with the biggest goanna I’ve ever seen cemented his bona fides! 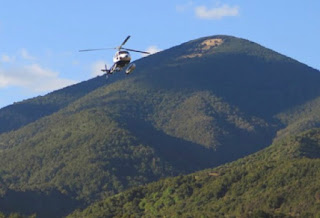 A week later I again surveyed the Valley, and the tracks in and out, this time safely by helicopter with the Federal Police to get their tick of approval.  Then followed several hectic and sometimes character-building days organising vehicles, supplies, tents and Porta-Loos.

After all everything had to be just right for a Princess!

Finally, everything was in place, and early one morning found a small group of us waiting in Moruya for the Royal couple to arrive after they’d driven down from Canberra.  Not having met a ‘Real Royal’ in person before we were uncertain of the protocols, and what to expect, other than to call the Princess ‘Ma’am’? 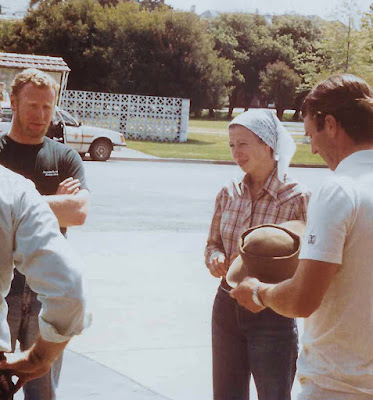 On arrival the Princess jumped out from the driver’s seat of a Range Rover, suitably attired for off-roading in old jeans, boots that had seen better days, a country style shirt and her signature headscarf.  A big grin indicated she was looking forward to getting away from the public spotlight, and to do some off-road driving!
After we’d all said our carefully rehearsed “Ma’am’s the formalities were quickly dropped, and the atmosphere turned informal and relaxed as we got into our assembled Range Rovers to head bush.

This informality made the 4WD’ing along the way easy too!  Used to driving in very different “Green Lane” conditions in England we were not sure how Anne would cope with the rougher bush tracks and fire-trails we would encounter, or how in turn we would go ‘counselling’ her?

We all breathed a quiet sigh of relief when Anne demonstrated she was more than up to the challenge of the trails enroute to our campsite. 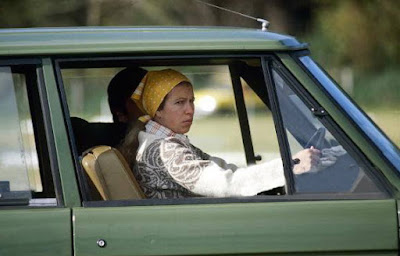 No-one more so than Owen Peake. ‘Peakie’, as he was known, (usually but not always affectionately), was our in-house 4WD guru and instructor to whom we had happily delegated the delicate and tactful task of “counselling” the Princess should it be necessary?

Not only did she listen to his advice on the harder sections, but on more than a few occasions was giving it out too!

Any formality or unease was long dispelled by the time we arrived at camp for a quick lunch break.  Being in the middle of 20 sq km of one of the most remote and beautiful valleys on the East Coast of Australia everyone was keen to explore. None more than Anne and Mark who no longer had to worry about prying cameras and paparazzi.  The Valley has it all, river crossings, caves, ruins, wallabies, wombats and of course lots of goannas!  And some great 4WD trails that, as inevitably happens in any 4WD group where ‘Peakie’s involved, led to some challenges being laid down. 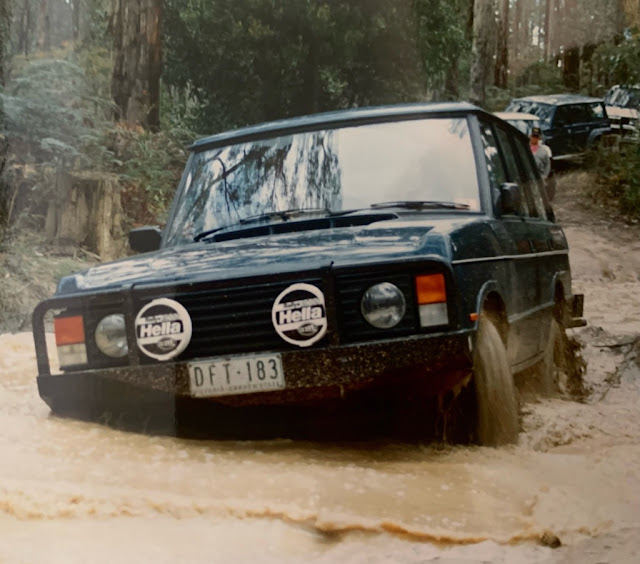 My lips are sealed as to who did, and who didn’t get stuck or bogged, but while gratuitous advice flowed as freely as the creeks these amazing vehicles never let us down.  As the afternoon progressed the mood relaxed even further as our Royal guests morphed further into two people exploring and having fun 4WDriving in the Australian bush!

This mood continued on into the evening.  Good food, good wine and good company around a campfire under the stars brings out the best in people, and showed us a very different Princess to the one we expected!  Apart from a natural ability to put people at ease, a good knowledge of contemporary events, a surprisingly varied and sometimes risqué repertoire of jokes, but even more surprisingly the revelation that she was a very skilled and competitive Frisbee player! (“Peakie” and I lost badly in the Frisbee equivalent to the Ashes Series played much later in the night over the campfire, but at least we could both claim to have played Frisbee for Australia!) 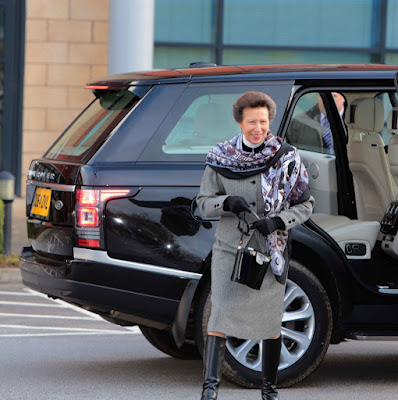 Some years later in my role as Global Marketing Director for Land Rover I had the opportunity to meet Princess Anne on numerous other occasions, and in other capacities, some formal some not so.

But in Bendethera, and not in the public spotlight, we all experienced a much more relaxed person with a wicked sense of humour, who got on with everyone through her easy-going nature.

If the media had been present, I’m certain their impressions would have reflected John’s title – the ‘Good Press Princess.’

The next day after some more Range Rover offroad adventures we returned our guests to Moruya for their return drive to Canberra.  Standing, talking at the local ‘servo’ I suspect not a single person who walked past our small group would have recognised the happy,  smiling woman as a member of the world’s most famous and recognisable Royal Family. 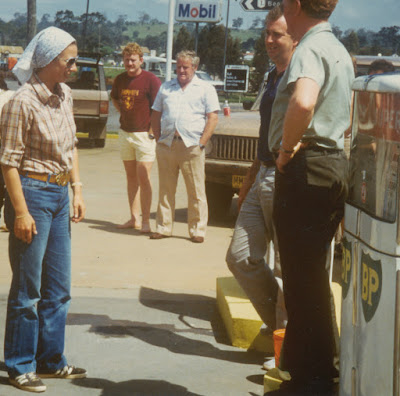 Whilst the trip involved a lot of planning and some anxious moments beforehand it could perhaps best be summed up as anticlimactic!?  Why? Because the trip ended up simply as a group of like -minded friendly people laughing about enjoying a couple of great days spent in the bush

So, would I invite a Princess camping again?  You bet!

PS. Over a decade later I was having lunch with Princess Anne at her family estate Gatcombe Park. (Being the Marketing Director for Land Rover had its privileges). The trip came up in conversation, and I was surprised that given her busy life not only did she remember it, but remembered it in more detail that I?  On reflection I suspect she could have written this article with more detail, humour and insights than me, and that says it all.

NOTE: The Princess Royal will visit Australia at Easter this year to formally open the Royal Easter Show, the first time the Show has been opened by a member of the royal family in 34 years. The Princess will attend in her role as the patron of the Royal Agricultural Society of the Commonwealth.

Princess Anne is a hard worker, as patron to over 200 charities, and attends more than 440 events each year representing the royal family.