One of the key launchpads for the Ford Fiesta, was a book given to the media at the launch events called, "Let's Call It Fiesta", written by the eminent European journalist Edouard Seidler.

It was agreed that Seidler would follow Project Bobcat from the design sign-off (below), all the way through to the first production cars. 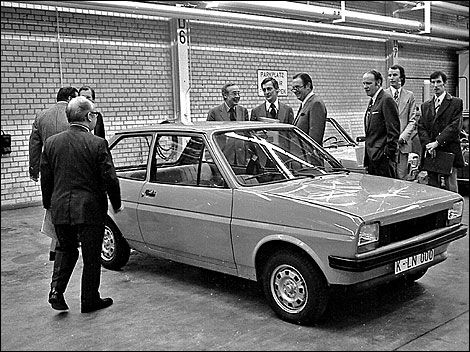 He was given absolute carte blanche to attend every stage of the project, and the book was one of the finest examples of cataloguing every development of the path a totally new car follows from concept to production. 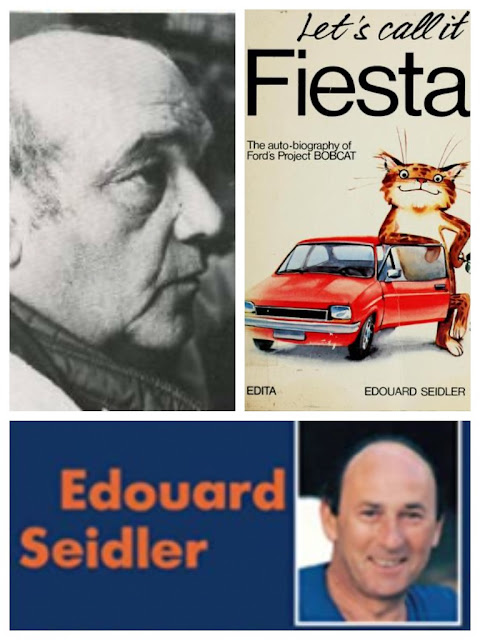 Despite this intimacy with the project, Seidler's book is much more about the 'management' of the program, than design and engineering - because Fiesta was a car that split Ford's top management team in a complete schism.

In North America it was championed by Lee Iacocca and Hal Sperlich, but basically every idea they pushed for Ford to globally embrace the major benefits of the project - front wheel drive; fuel economy; competitive segment participation, and U.S. sales, was shot down by Henry Ford II. 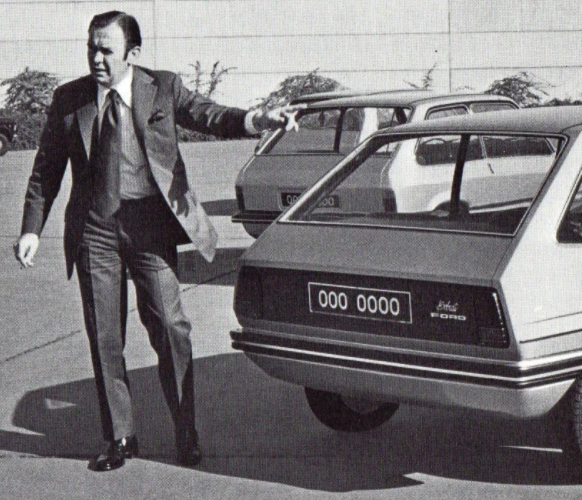 It was also pushed at Boardroom level by the Head of Ford of Europe at the time Bill Bourke, above, (who went on to run Ford Australia). Seidler never set out to expose these differences, but simply by cataloguing all the developments, he exposed the rifts and intrigues.

When I met Uwe Bahnsen in Geneva he made it possible for me to also meet Seidler. I had enjoyed a correspondence-based relationship with Edouard, dating back to my time as Editor of MODERN MOTOR magazine, when he contributed a number of feature stories.

Edouard Seidler was a giant of European automotive journalism, as well as a keen motor sport reporter. He was also Editor of l'Equipe, France's leading sporting newspaper, for ten years between 1960-1970. Sadly, there are virtually no photos of Edouard to be found on the internet, just these two (above) from book covers.

His book, "Let's Call It Fiesta" is a benchmark in automotive editorial coverage of a major project for one of the world's biggest carmakers.

Posted by John Crawford at 9:57 AM