CADILLAC CHARGES AHEAD by John Crawford

Demeaned, denigrated and dispossessed by many American premium car buyers Cadillac is staging a spectacular comeback with its first all-electric vehicle – the LYRIQ – crossover. In addition we have seen the first appearance of possibly the ‘hottest’ Cadillac sedan for decades – the CT4 ‘Blackwing’.

The chief designer for Cadillac, Australian Andrew Smith, and his team have delivered a striking new EV, based on an all-new modular platform, and a choice of single EVM rear wheel drive, or EVM all-wheel-drive.

The LYRIQ is a striking vehicle which Cadillac hopes will help win back buyers who may have turned to alternative brands, but more importantly will help restore faith in the brand, known throughout its impressive history as a technical pacesetter. 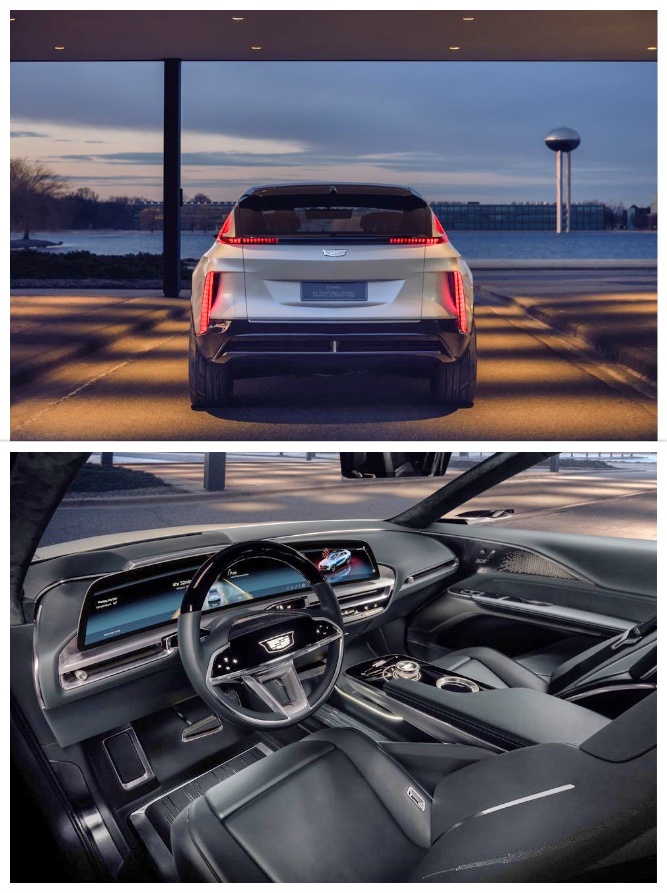 As I have said before, a detailed study of Cadillac’s early history reveals it could easily have been named the ‘American Rolls-Royce’ such were the advanced and innovative developments, and its unique technical solutions to early motoring challenges.

The current vehicle is described as a ‘show car’, but GM’s VP of Global Design, Michael Simcoe, hinted to me that a production version would differ little from the concept.

Next comes the slightly-delayed introduction of the high-performance version of the CT4 sedan, catchily-labelled ‘The Blackwing’ – a sinister-looking sedan with stunning performance from Cadillac’s high output 3.0L V6.

The Cadillac brand may have slipped down the ‘Lust Scale’ in the past decade, but the combination of Cadillac designers and engineers are making determined efforts to restore the glory of the marque. And, while there’s life there’s hope.
John Crawford
Posted by John Crawford at 7:22 PM