FORMULA ONE MEMORIES, THICK AND FAST by Paul Gover

My first grand prix in 1982 was also the last one for Gilles Villeneuve.

It was the San Marino Grand Prix at Imola, I was a guest of Alfa Romeo on a new-car preview in Italy, and the race was epic in so many ways. 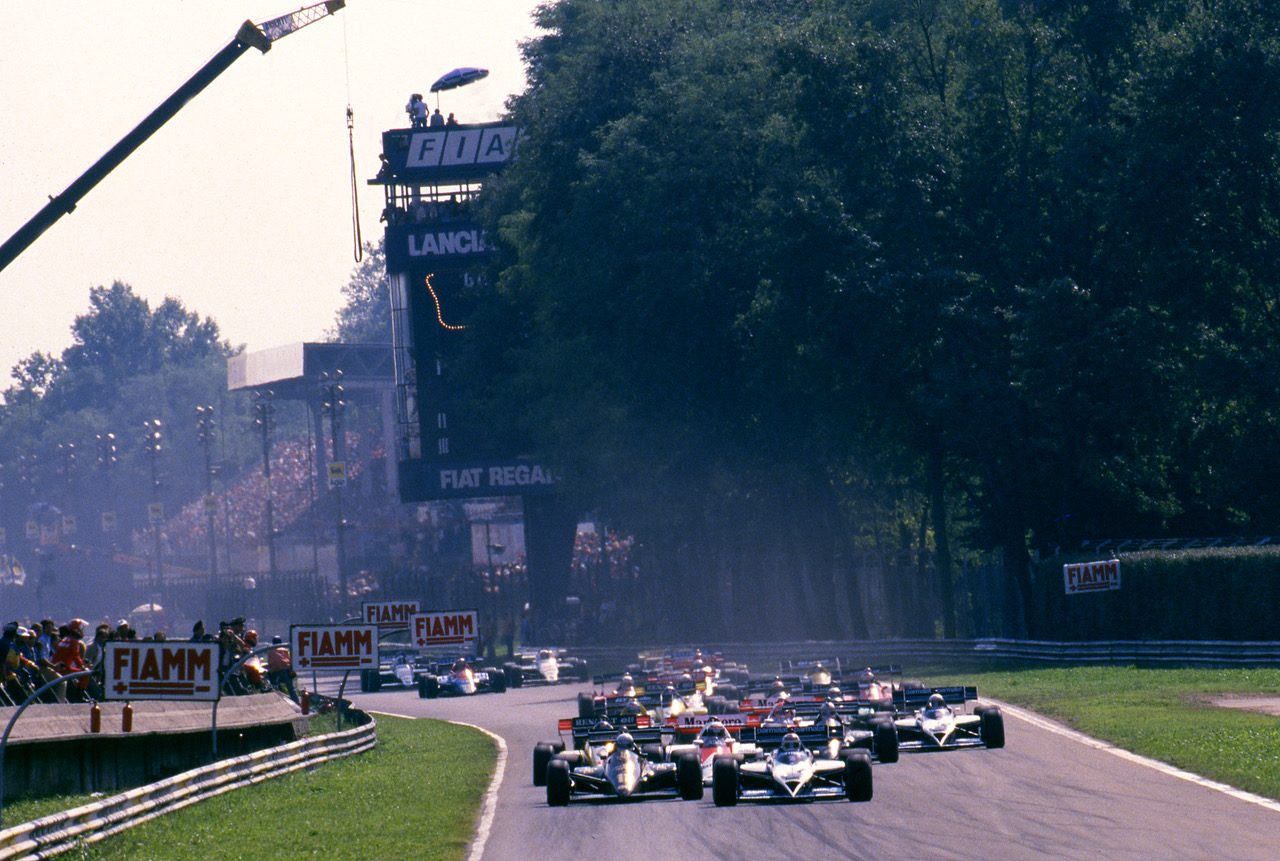 I can still recall a busload of hyped-up Aussie journalists arriving on race morning, asking for pitlane passes, and getting them with just the presentation of a passport!

The twin Ferrari turbos of Villeneuve and Didier Pironi put on a demonstration at the front and all seemed well, and entertaining. 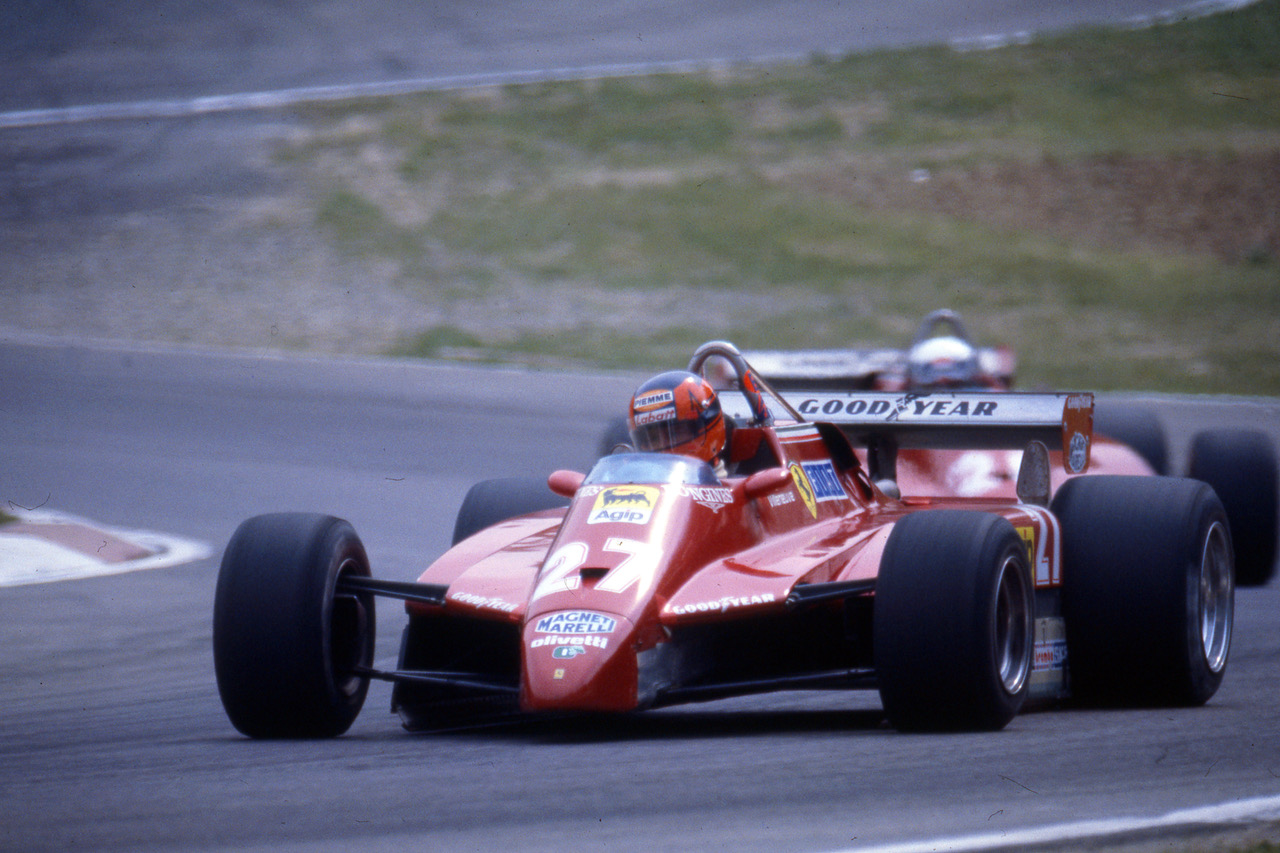 That was until Pironi ignored orders to hand top spot to the mercurial Canadian, who was so incensed he effectively boycotted the podium. Sadly, Gilles died in an unnecessary qualifying crash for the next race at Zolder in Belgium.

My memories of Imola come flooding back as Formula One celebrates its 70th anniversary at Silverstone. 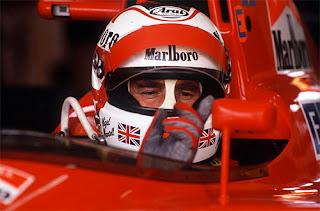 I’ve been at the British track twice for F1, in 1990 when a frustrated Nigel Mansell announced he was quitting Ferrari and threw his gloves into the crowd. 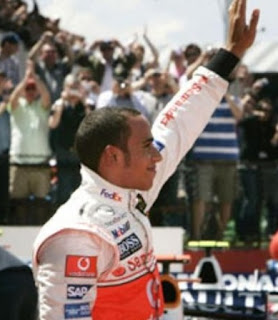 The next Silverstone visit was when Lewis Hamilton flew to a last-gasp pole position with McLaren in 2007.

Both were, and still are, massively memorable days.

That second trip to Silverstone introduced me to the most mercurial qualifier I had seen since Ayrton Senna.

I was also at the Portuguese Grand Prix in 1984 when canny old Niki Lauda beat his young McLaren team mate Alain Prost to the world title - by half a point. Talk about old dog teaching new tricks, as Lauda let Prost win, knowing the scoring system would give him the crown. 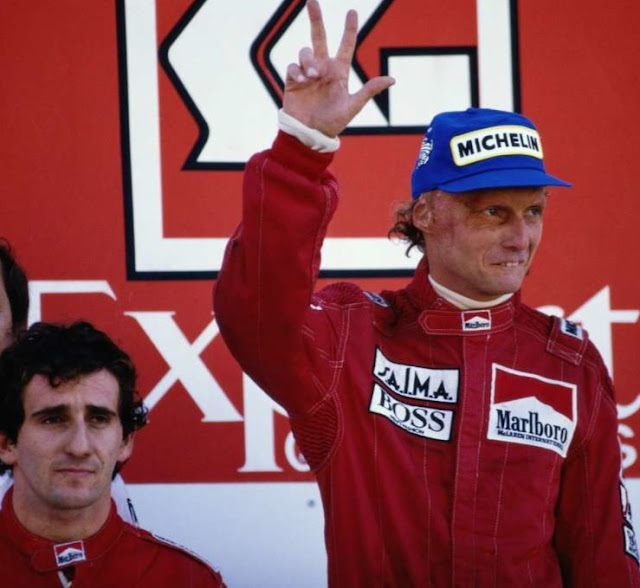 That was also the first day I got to interview Ecclestone, who speaks very softly but carries a big stick - and a giant intellect. 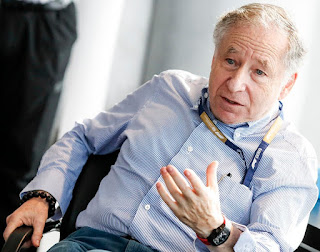 The only other person I’ve met who talks so softly is Jean Todt (right), who famously led Ferrari through Michael Schumacher’s halcyon days and now heads the FIA

Away from the track, Schumacher is one of my most memorable F1 interview subjects. 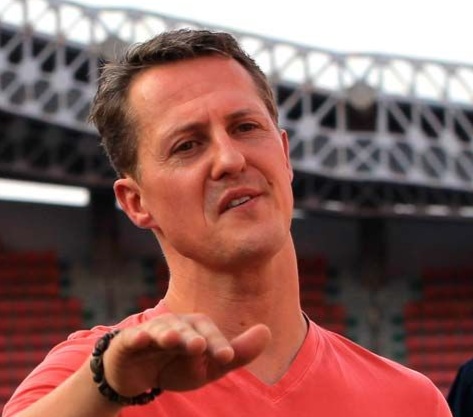 Once I got through all the hoops and minders, and started my three minutes of chat time - monitored on a stopwatch - he is warm, welcoming, highly intelligent and provides great insights.

Schumacher was ruthless on the track but I never saw anything to match Ayrton Senna during his turbocharged qualifying laps in Adelaide. 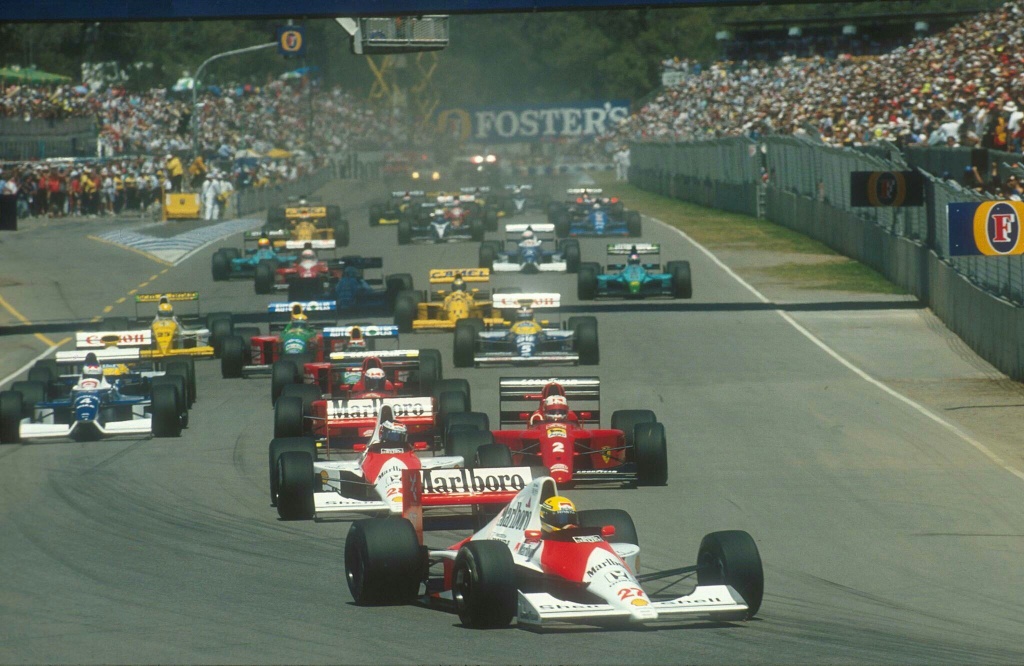 I watched, spellbound, from the grandstand on the corner that now carries his name, as he did other-worldly things with Lotus and McLaren.

Adelaide was also where I saw Alan Jones celebrate the arrival of a World Championship grand prix in Australia, by leading the cars onto the track in his Beatrice-Ford. 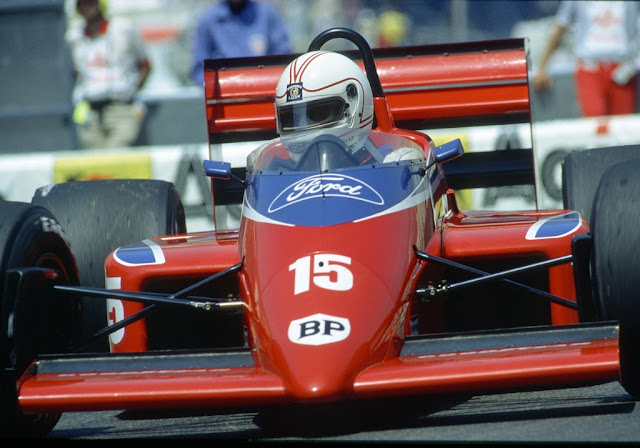 The same day, a BMW media lunch was interrupted by a hand-delivered letter from Ecclestone to our BMW hosts demanding that flags were taken down - or a giant fee was paid - because they were in the view of the television cameras. And Ecclestone was sponsored by BMW at the time! Bernie always had his eyes on the money!

And so to Monza, where I once cut some laps at the wheel of a Volvo 7-Series turbo, plus another memorable BMW moment.

If you’ve ever seen a jet fighter on take-off, you might have witnessed the giant plume of black smoke from the tail. It was the same as we waited at the first chicane for Nelson Piquet to fire from the base of a similar cloud in a turbocharged Brabham-BMW that had 1300 horsepower and hit 202 miles-an-hour. 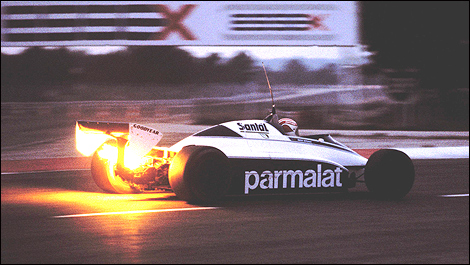 In those days a journalist could jump the fence and walk down to the first corner, so we - most of the same crew from Imola - made the trip, and were rewarded by a once-in-a-lifetime view, as well as water bombs arriving over the fence from irate Italian tifosi spectators because we were blocking their view!

On the walk back to the pits I passed Kenny Acheson’s abandoned RAM-Hart and, as I wondered why it was parked, I looked into the engine bay. The only sign of the engine was the rocker cover, as all the rest had clearly left the scene of a massive blow-up.

My days in Adelaide were great, because there was time to watch and think and even meet the drivers at informal events, but things changed massively as the AGP moved to Melbourne, and with Ron Walker guiding the show it was all business.

But my best memory is an unbeatable experience, taking part twice in the Ultimate Speed Comparison driving a BMW M road car against a V8 Supercar and a BMW F1 car, driven each year by Christian Klein. 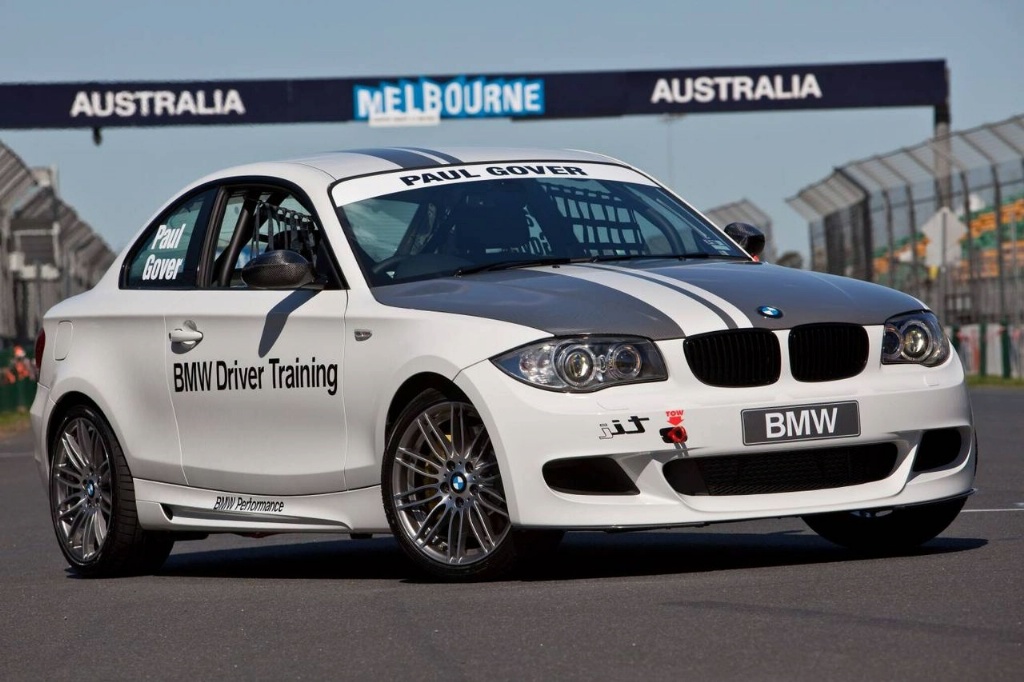 It’s a handicap contest, obviously, and I famously scored one victory in 2009, but my clearest memory - by far - is the first time I entered pit straight, and the F1 car went past. It was like driving alongside an explosion.

Later that weekend, as I braked at the end of the straight from 240km/h, struggling to stop the baby BMW 1-Series for turn one, Klein rocketed past - and changed up a gear! 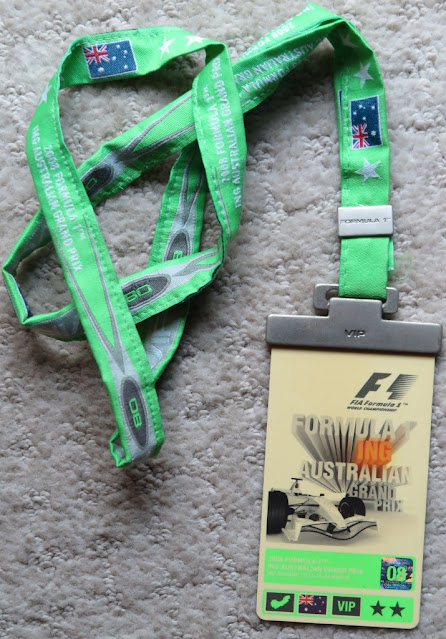 There are so, so, so many more memories from Formula One. So the 70th at Silverstone is memorable for everyone, but I have my own memories from nearly 40 years with a coveted media pit pass on a lanyard around my neck.

And did I tell you about the invitation-only visit to Silverstone last year, for the 125th anniversary of Mercedes-Benz’s involvement in motorsport, when a cavalcade of awesome drivers drove a variety of the company’s most memorable cars, and Valtieri Bottas sprinted around the deserted circuit in the latest grand prix car, just for us . . . 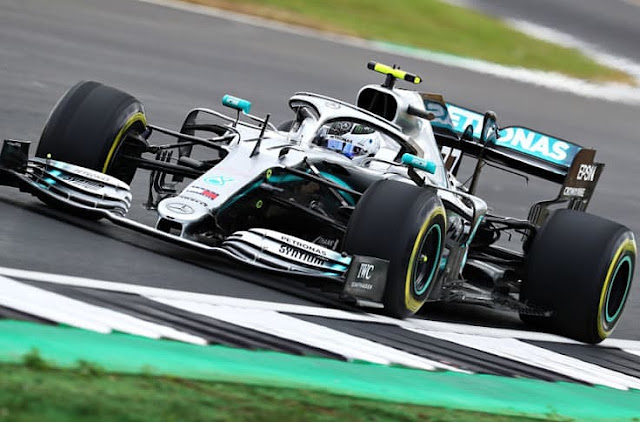 Posted by John Crawford at 9:29 AM