Let me say up front this car is about as far removed from the traditional roadster concept like a clay brick is from a brick of ice cream. When I dream about roadsters my brain would probably dredge up an MG TC, a Lotus 7, or an Aerial Atom. Small, light, chuckable, and a fuel-sipper as opposed to a high performance gas-guzzler slurping gallons of 98RON.

Having said that, when asked to pen a few words of impressions, I was really looking forward to a short run down the Pacific Coast Highway, from Monterey through Big Sur to a pitstop at San Simeon for a hot dog and a Coke. Then a quick turnaround and back to Monterey - for a double dose of fun.

I’ve seen John’s words of delight about his recent spin in a Vantage coupe Down Under; and as far as I’m concerned the only point of difference between hardtop and rag top, would be the usually anticipated scuttle shake that seems to be part of chopping the roof off.

So let’s dispense with that item right now. I was very, very impressed by the rigidity and stiffness of the Vantage ‘roadster’. Aston’s chief engineer, Matt Becker has said that the reason is that the Roadster was designed at the same time as the coupe, and as it was always intended to be an open car, it was much easier to engineer-in all the tricks the team has learned along the way to produce a stiff vehicle. 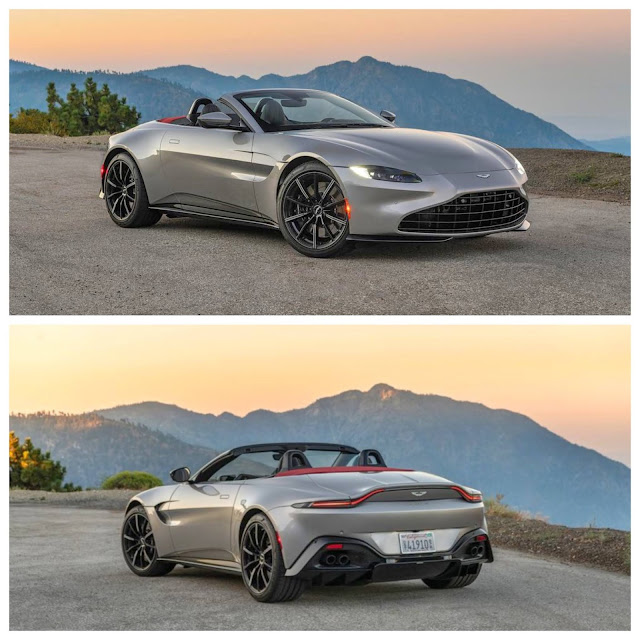 It also made easier the task of stopping the Roadster ‘putting on weight’. Compared to the coupe, there’s a mere 60kg more weight. However, I’m afraid that despite the valiant efforts to minimise weight increase, the Vantage is not ‘chuckable’. What it is is direct and precise in a way you associate with track cars.

The actual differences between coupe and roadster are revealed with changes to spring and damper rates (to offset some of the extra weight), and there’s also a larger diameter anti-roll bar at the rear. However despite quick, and direct steering response, and sharp chassis dynamics, this is a GT car, not a sports car.

Having said all that, I was very lucky to be on the PCH mid-week, with nary another car in sight, and the sweeping, swooping curves were a delight, because I think the base weight (around 1630kg) made the ‘roadster’ feel more planted and very confidence-boosting. 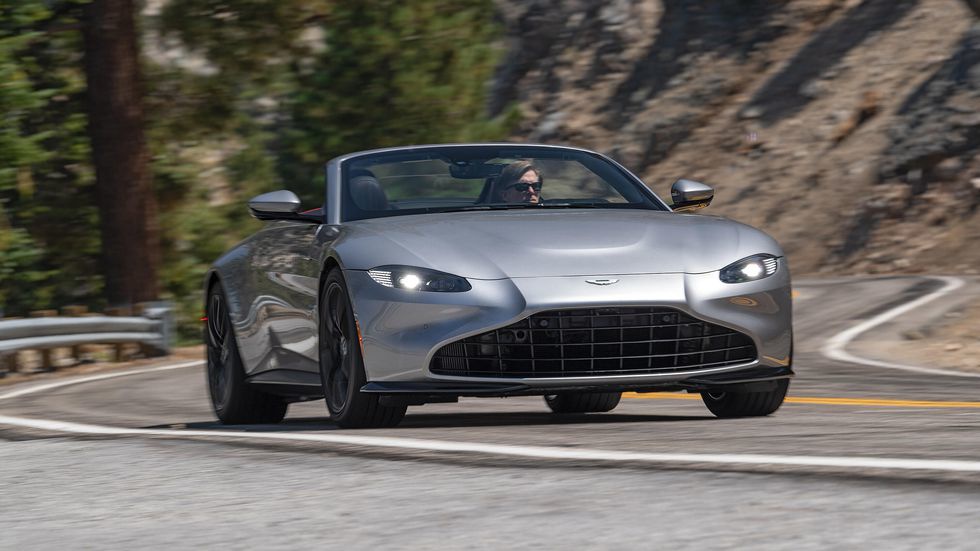 It was a beautiful southern Californian day, and with the top down, this was not a hard task - it was just plain good fun, in a way that I really do associate with European touring cars.

In all the years I’ve traversed the Pacific Coast Highway, I think, rarely (if ever) have I seen a CHP patrol car on the PCH between Carmel and Morro Bay, but despite the open invitation of the road, I don’t want to rush into a ticket at high speed, however I was able to really exploit some of the fun sections to the fullest extent.

As I was entertaining, and enjoying myself on this solo drive, the photos used here were supplied, but just looking at them recaptures the pure joy and pleasure of the Vantage Roadster.

I remember talking with the then CEO, Ulrich Bez, at the launch of the first Vantage V8, with him expounding on the type of car he envisioned, and was trying to create.

I'm sure the keen driver in him is thrilled with this latest iteration of what has become one of Aston Martin’s most popular models.

Posted by John Crawford at 4:50 PM