The most surprising arrival of my 2020 was not one of the usual suspects.

McLaren, Porsche and Lamborghini all delivered as expected with style and speed, and the all-new Land Rover Defender lived up to all the hype around the replacement for the world’s oldest four-wheel drive.

But then along comes the Kia Sorento.

In a world of truck-like SUVs, which are far better for seven-people school runs than any sort of motoring enjoyment, the South Korean contender broke the mould.

The all-new Sorento is good looking, classy in the cabin, drives well - no, very well - and even gets high praise, as well as a 5-star rating, from the ANCAP safety organisation.

Right now, for the money, there is nothing better in any showroom for big families.

Even ignoring pricing that starts from $45,850, there are very few seven-seaters that can match the Sorento and it even has a two-tonne towing capacity.

That will change soon when the Hyundai Santa Fe gets a similar makeover, using the same shared mechanical package from the Hyundai-Kia conglomerate, but it will be interesting to see what the blue team (Hyundai) does to match or better the red team (Kia) on things like pricing, equipment and local suspension tuning.

Kia has ticked all the boxes for the Sorento, which is available with either petrol or diesel power, front or all-wheel drive, and four levels of standard equipment from S through to GT-Line. 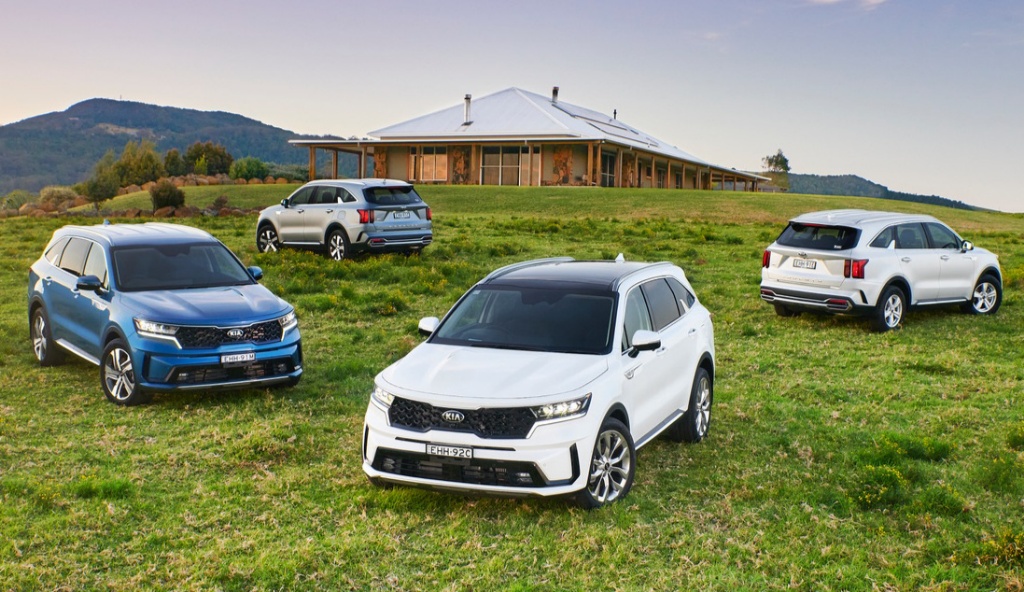 The pricing also jumps depending on the model, with the full-loaded GT-Line all-wheel drive diesel hitting the road for $64,990.

Kia Australia wants to make the best impression and so it’s the $65,000 headliner that arrives for assessment, backed by Kia’s claim that it is the most luxurious and tech-heavy model in its history.

The upscale position is obvious from the styling, which is smoother than the big-box looks of its rivals, and a cabin that has Audi-style finishing and three sumptuous rows of seating.

The cabin is also 'tizzied' with 64-colour mood lighting, a pair of giant display screens - 12.3 inches for infotainment, 10.25 for the instruments - and seven USB sockets and a pair of 12-volt plugs, as well as eight cupholders. 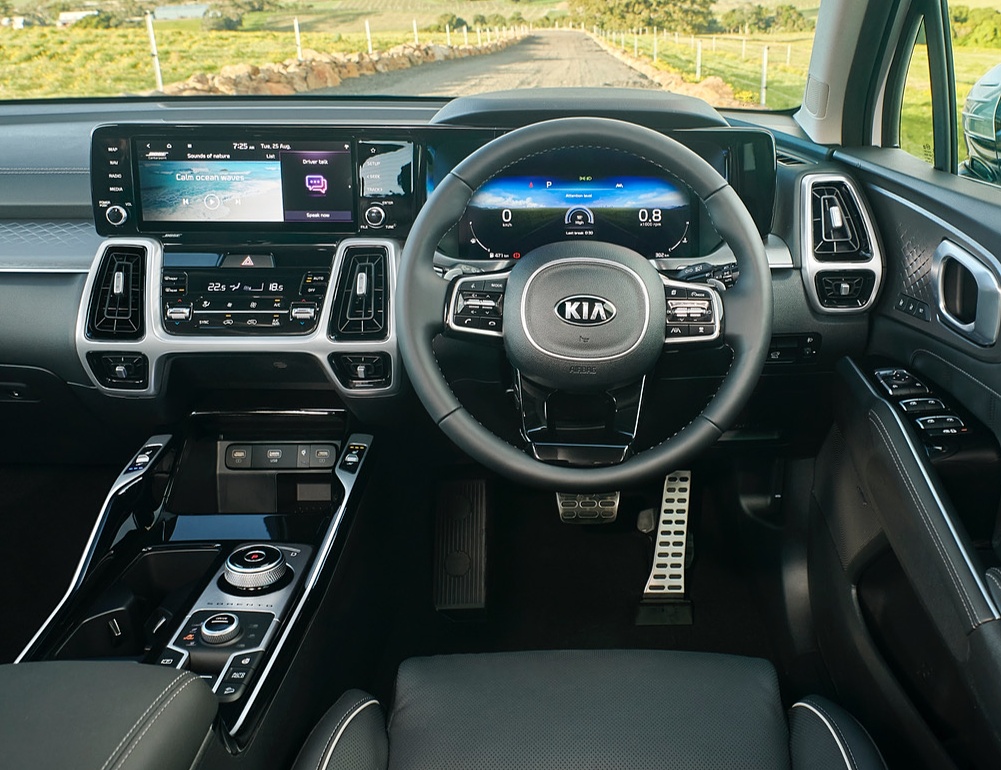 On the safety front, the Sorento gets everything from four Isofix child-seat anchors to auto safety braking with cyclist and pedestrian detection, cruise control, rear cross-traffic alert, and - only on the GT-Line - a vehicle blind-spot display in the instrument cluster.

The good news is everywhere in the Sorento and, even without access to the basic petrol model at $45,850, it’s clear that Kia Australia has done a great job. 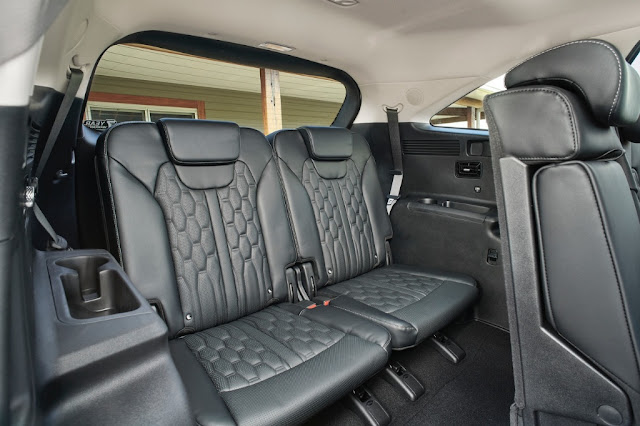 It’s a comfy family hauler with plenty of carrying capacity, has an electric 60:40 fold for the middle-row seats, with a big boot rated at 616 litres with the third-row seats folded flat.

The big surprise for me is how the Sorento drives.

It feels more like an old-school station wagon, nicely planted and enjoyable in all sorts of road conditions, than a hulking SUV. A lot of that is down to the local tuning by Graeme Gambold, who works wonders for Kia, because the car is both plush in the ride and grippy in corners.

The Sorento’s diesel engine has instant response and is not bothered by a full family load, although there was no chance to test its towing ability. It is also smooth and compliant on gravel roads, which is good news for weekend getaways in the models with all-paw grip.

Fuel economy is good with the diesel, it’s a relaxing long-distance drive, and ticks all the boxes for classy family travel.

For me, it’s a top-three contender in my personal Car of the Year award, sitting alongside and up against the Land Rover Defender and Toyota GR Yaris, and with a very solid shot at taking the crown.

Posted by John Crawford at 8:52 AM