AUDI RS 7 - TOP CAR, BUT NOT TOP OF MY XMAS LIST by Paul Gover

The Audi RS7 romps along at the top end of European luxury motoring.

It promises everything you could want in a high-end flagship, from sumptuous leather to all the latest electronic trickery and gadgetry, with the extra fizz from RS performance tweaking. 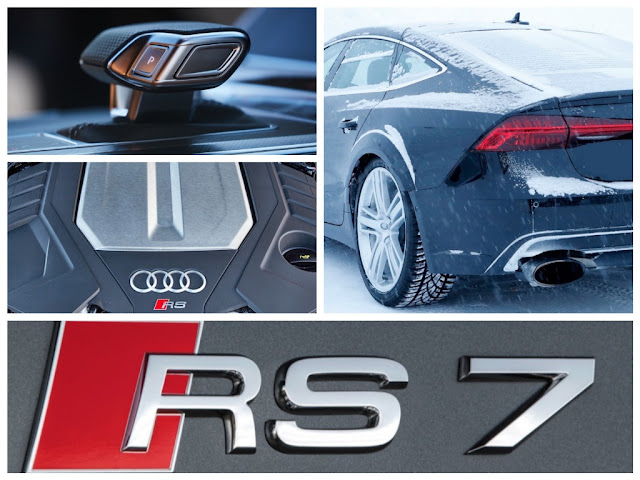 It’s a practical hatch with all - and I mean all - the fruit.

The styling alone makes outrageous promises, as I learn through my first day with the RS7.

“What’s that mate, I haven’t seen one of those before?” is the first question. It’s the RS7, from Audi. Is it as good as it looks?”, asks another. I’m not sure yet.

“Bet it gets along?”

An equivalent AMG from Benz feels like a barely-broken bronco, and an M car from BMW is an uppercut with a knowing smile.

But perhaps I’m missing the point of a four-seater lounge-room with supercar performance potential.

It would be a truly glorious conveyance and convenience for a cross-country jaunt in Europe, perhaps second only to a Rolls-Royce Phantom in my experience. Go on, laugh if you like!

But, here at home on our rutted and pockmarked roads with 100km/h limits, the RS7 is never going to do its best work. And it’s not a car for the track either, despite the impressive numbers.

My first serious complaint is about the 22-inch alloy wheels, wrapped in liquorice strap 30-series tyres. The wheels look tough, but so is the ride if you drive with anything but the softest setting for the adjustable suspension. 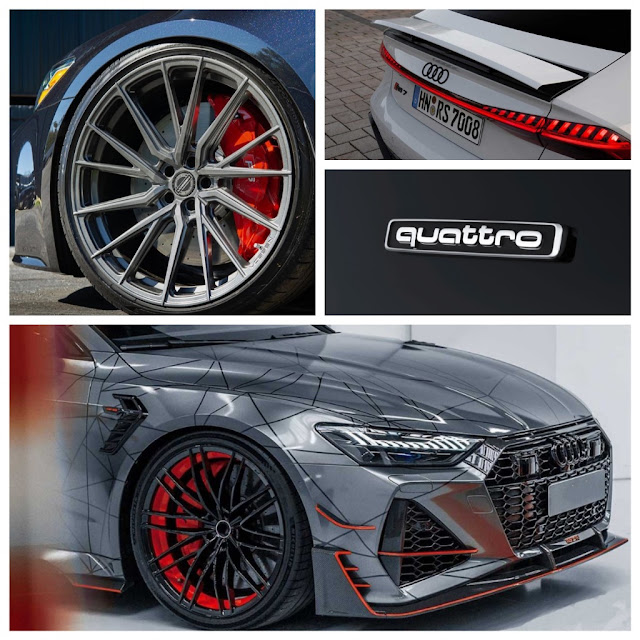 Even then, the car shudders and judders through potholes, and if you go to fully Sport setting, it IS just plain harsh, and unnecessary.

What else? Audi has switched away from its MMI (you don’t need to know) rotary controller for the infotainment to haptic buttons. Try hitting the right one on a winding road without getting totally distracted.

I join my good friend John Crawford, publisher of DRIVING & LIFE, in denouncing the ‘clever’ shift away from ('old-fashioned') real knobs and switches to everything being operated by touch screen icons. It’s just plain, bloody dangerous.

But, people say, it has a screen with hand-writing recognition for things like addresses in the satnav. More silliness, I say.

Do the 50-somethings with $224,000 really want to be bothered with this frippery? Perhaps to show off at a dinner party, or to impress friends on a four-up run to a restaurant, but then there are the messy, and annoying, fingerprints the new system displays all over the two central touchscreens.

At least Audi allowed me to turn off the intrusive lane-keeping assistance, which often steers where you don’t want to go, although I had to hit the switch every time I took a drive.

Perhaps I’m being a grinch, or over-analysing, instead of sitting back and enjoying a plush, comfortable, relaxing car that can also go like the proverbial if there is a recalcitrant truck, or a silly kid alongside at the lights.

But the RS7 didn’t make my Christmas list for Santa in 2020.

Posted by John Crawford at 4:33 PM