TOYOTA YARIS GR - AND GAZOO 2 EWE TOO by Paul Gover

One thing, this Yaris does not do is follow the flock, but really Gazoo is just plain stupid as a car name. 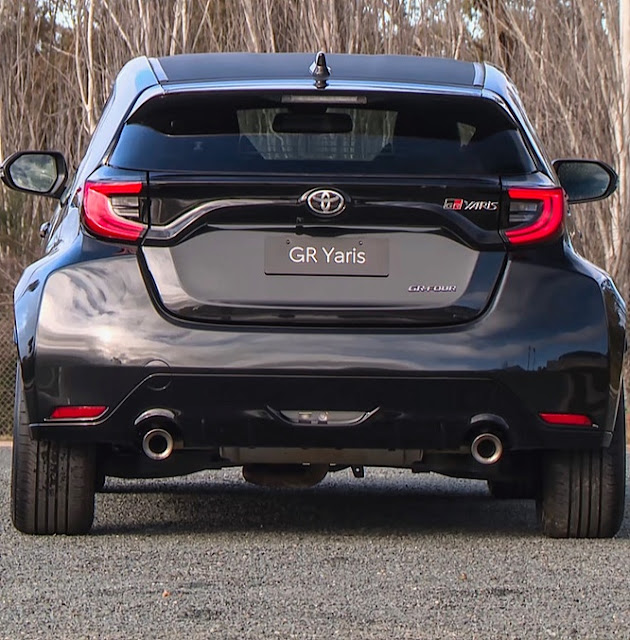 However, when Gazoo is the personal brand for the boss of Toyota, and a Gazoo Racing badge is applied to the baby Yaris, everything changes.

The GR Yaris is a landmark pocket rocket.

It has supercar straight-line performance, grips the road like the white line, and shouts its ability with a wickedly pumped-up body that has almost nothing - headlights, taillights and mirrors - in common with the standard Yaris.

Its sole - and soul - focus is going fast and having fun.

It’s not cheap at AUD$49,500, but lots of the car’s early fans got their GR fix much cheaper when Toyota Australia - lacking commitment to the GR Yaris - sold the first 1000 cars at just AUD$39,950 drive-away. Head-office types predicted it would take at least a year to clear the cars, but it only took . . .  three days!

It’s easy to understand their fears, in a world where the Mitsubishi Lancer Evo is a page in the history books, and even the Subaru STI is a pale shade of the blue beastie that once dominated world rallying.

The GR Yaris is a car which should not exist in 2020, where all the talk is about electrification, and self-driving commuter boxes.

And it has been produced by the blandest of the world’s blandoid carmakers, Toyota, which turned the Camry into something as appealing as a four-wheeled kitchen appliance. 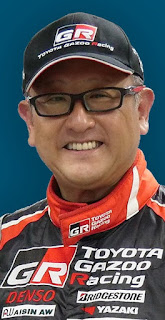 But the man driving the Gazoo Racing program is Akio Toyoda, who might sit behind the biggest desk at Toyota in Japan but also likes to have a skid, do some sliding and racing.

Mr. Toyoda has even participated in the ADAC 24 Hours of Nurburgring, under the pseudonym, 'Mr. Morizo'!

So, when Toyoda-san got a call from his World Rally Team for help on the Yaris it will use to compete from 2022, he was happy to throw plenty of Yen, and lots of engineering experience and expertise, into the mix.

The result is the road going GR Yaris, which will also compete in next year’s Australian rally championship with Harry and Lewis Bates doing the driving. 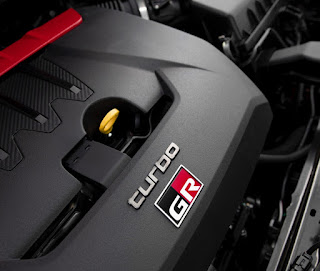 There is no auto, just a six-speed manual gearbox, with giant brakes and 18-inch alloys at each corner and the sort of compliant suspension that normally comes under the body of a Citroen or Peugeot.

Predictably, there is a 7-inch infotainment screen in the cabin but there is also a leather-wrapped sports wheel, old-school analogue instruments and a heads-up display, so you don’t have to take your eyes off the road to keep a track of the speed.

On that front, the GR Yaris has been timed to 100km/h in 4.9 seconds, and the car’s overtaking ability is plain epic. The engine note is not as stupidly pop-bang as too many other hot hatches, but has a satisfyingly meaty throb once revs spin past 2000.

The press preview drive for the GR Yaris was on the twisty country roads close to Canberra, followed by a series of motorsport-style driving tests at a closed course, and everyone left the day with a giant smile.

Some people moaned that the price was back at RRP, and that it was expensive for something so small, but that was about it.

Oh, and for me, the driver’s seat is set too high, and the way the engine drops revs between gear changes, can make smooth shifts a bit tricky, and a disappointment. But that’s it.

Otherwise, I was happy to hoot around the high-speed circuit at up to 180km/h, rattle through a string of corners as quickly as I dared, and then have some serious sideways slides on a soaking skidpad.

I cannot remember this much fun in a car since, well, a very long time. Perhaps the original WRX, and these days the Honda Civic Type R, come closest.

But when supercars with McLaren, Lamborghini and Ferrari badges are so hyper-space-fast that you cannot remotely approach their limit, except on a racetrack, the GR Yaris is a breath - no, a gust - of fresh air, and a reminder that driving can still be more than just an A-to-B chore.

Thanks, Mr. Morizo - Loved it!

Posted by John Crawford at 5:20 PM